The Dutch dud managed just one Premier League goal in his first 11 months at the Amex after joining in a £14million club record move from PSV Eindhoven in January. 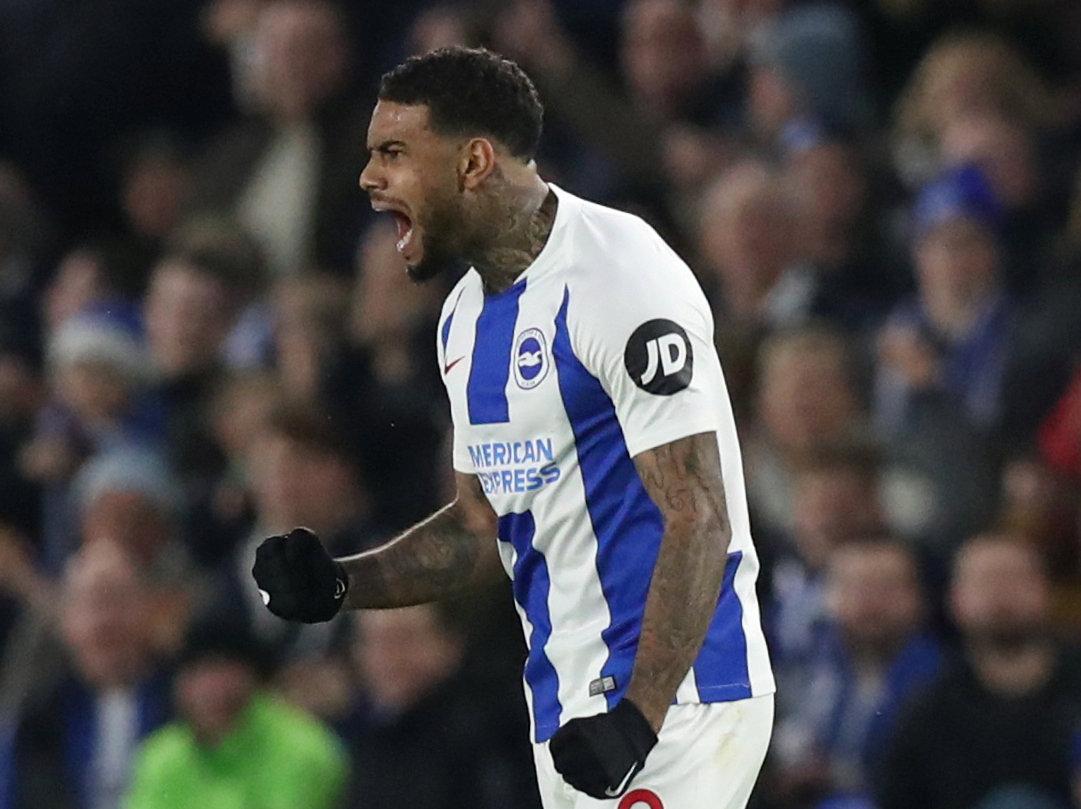 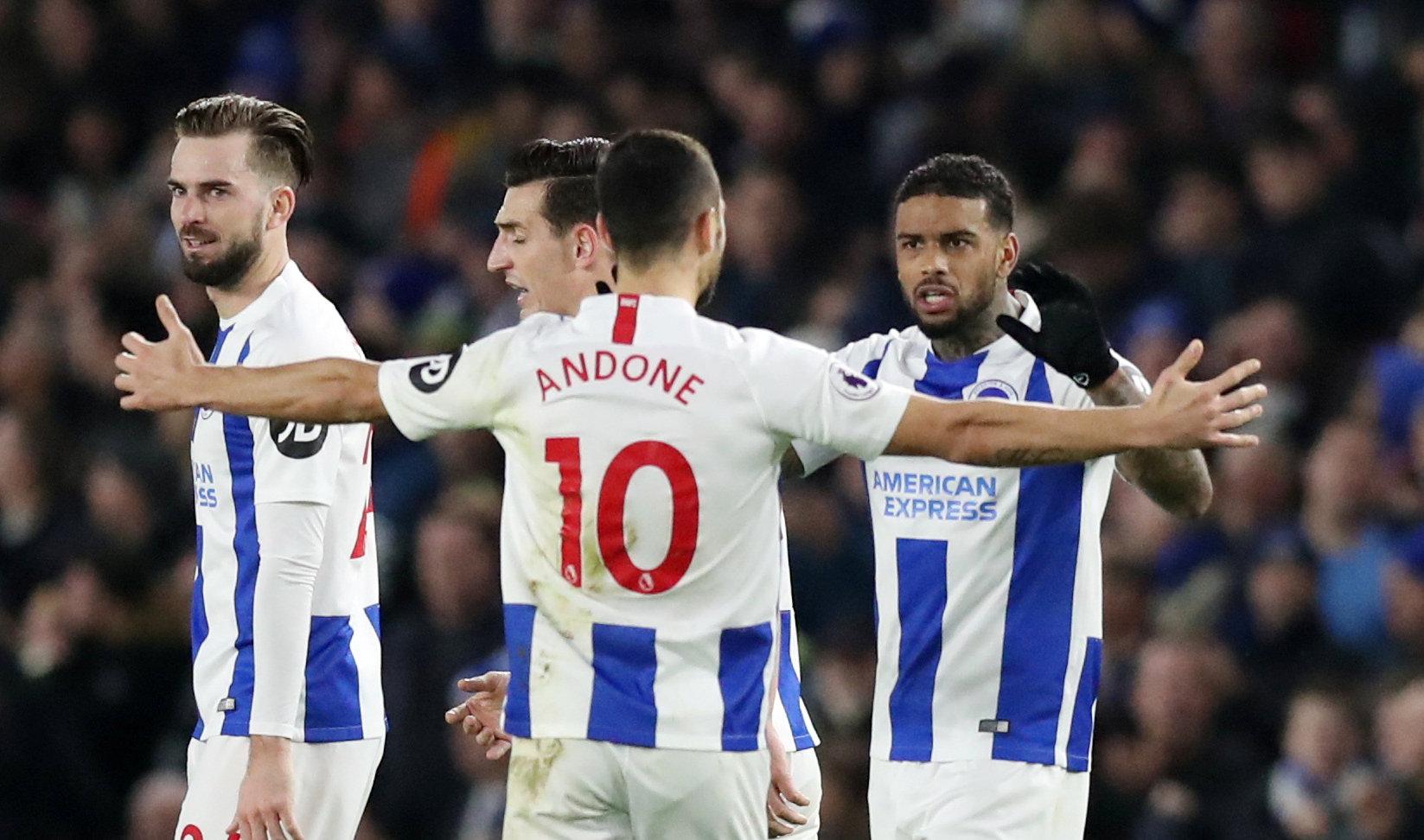 But just when Hughton was considering cutting his losses on Locadia, the powerful striker is making him think again.

He finally broke his drought with the Boxing Day equaliser against Arsenal and now he has another goal to his credit after claiming his team’s 59th minute winner.

The visitors were convinced Locadia was offside when he bundled home from close range, but this effort was allowed to stand after it was confirmed that Andre Gomes had diverted Pascal Gross' corner towards his own goal.

Locadia wasn’t the only Brighton outsider with good cause to celebrate as keeper David Button marked his long-awaited Premier League debut with a clean sheet. 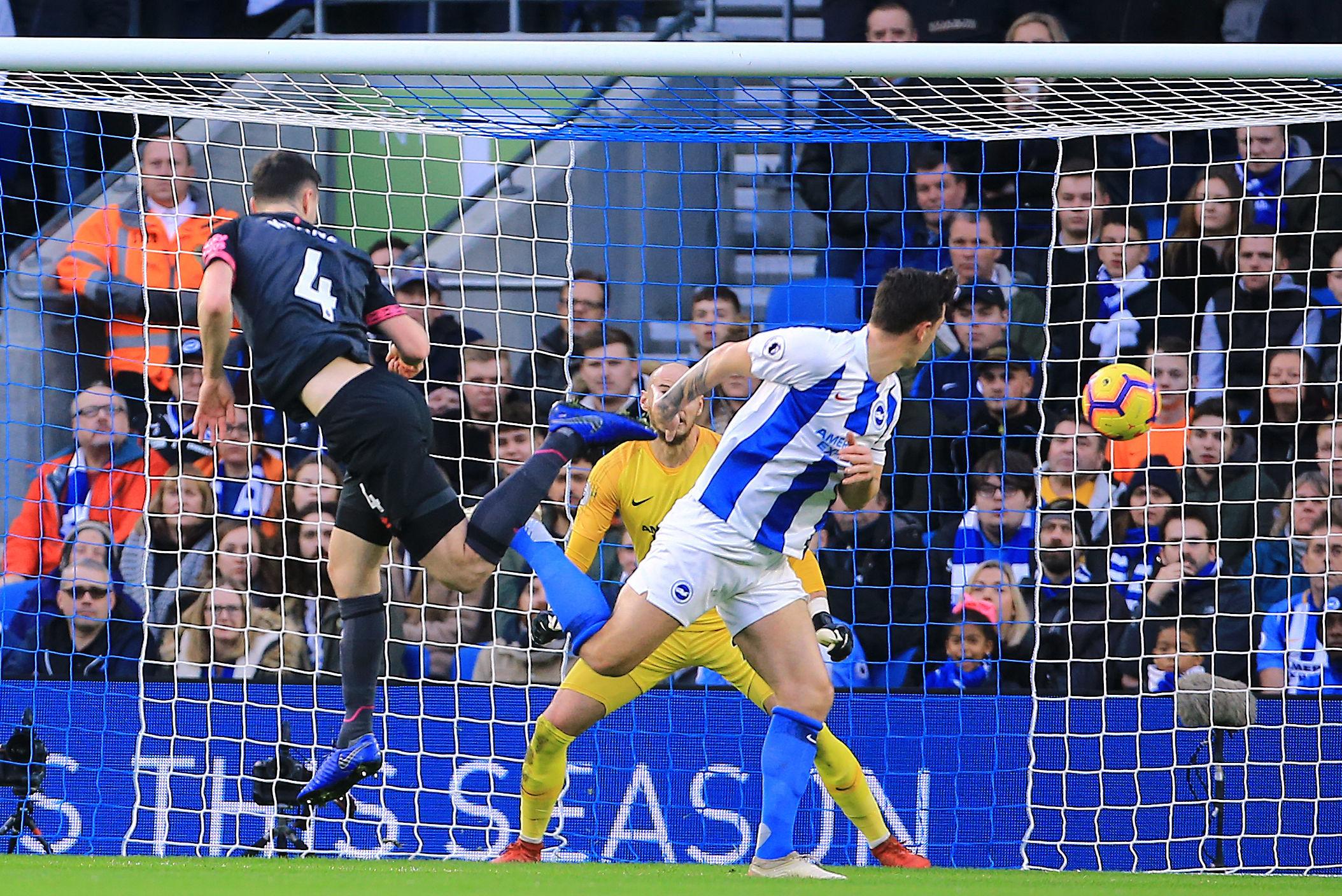 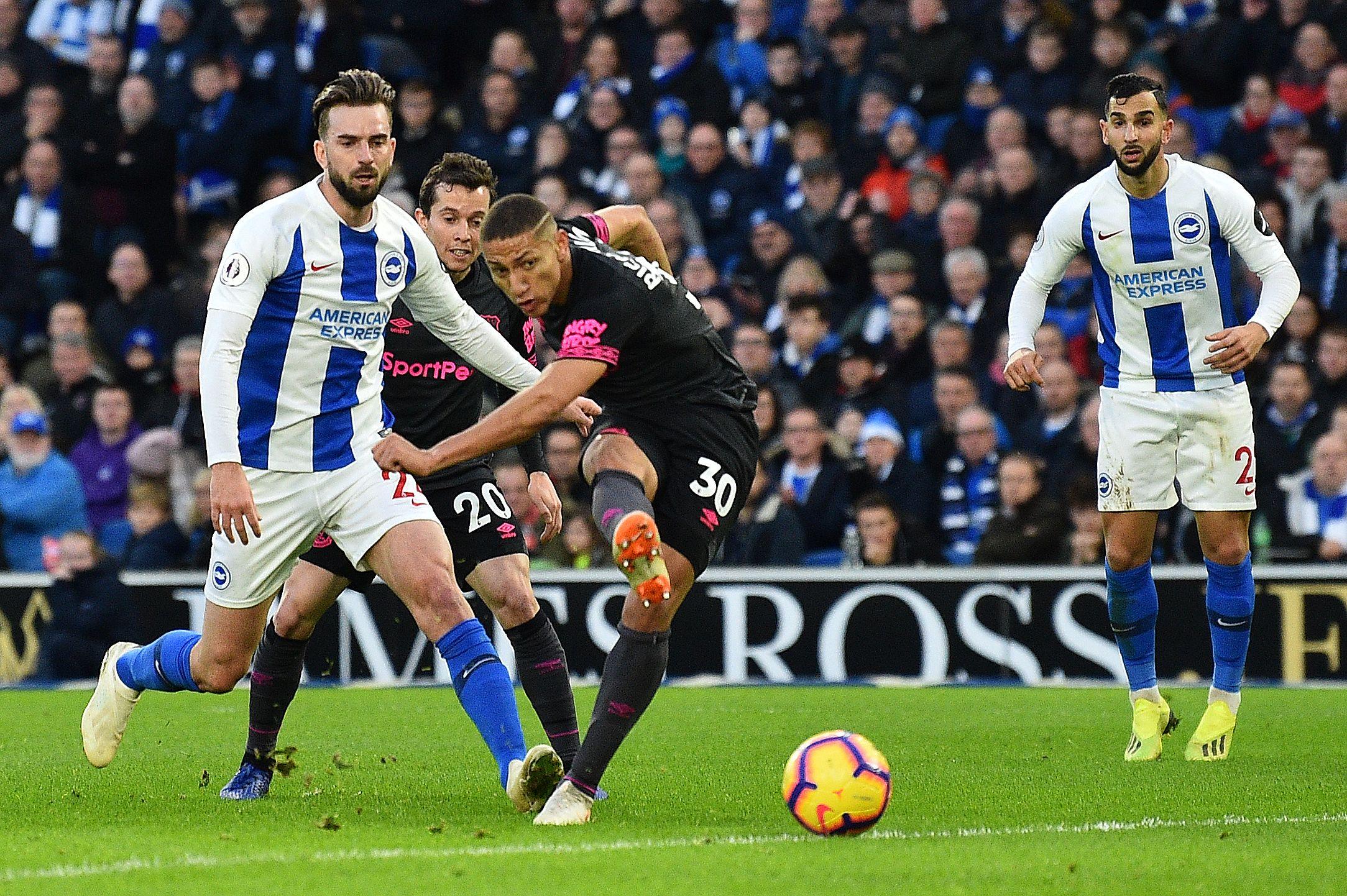 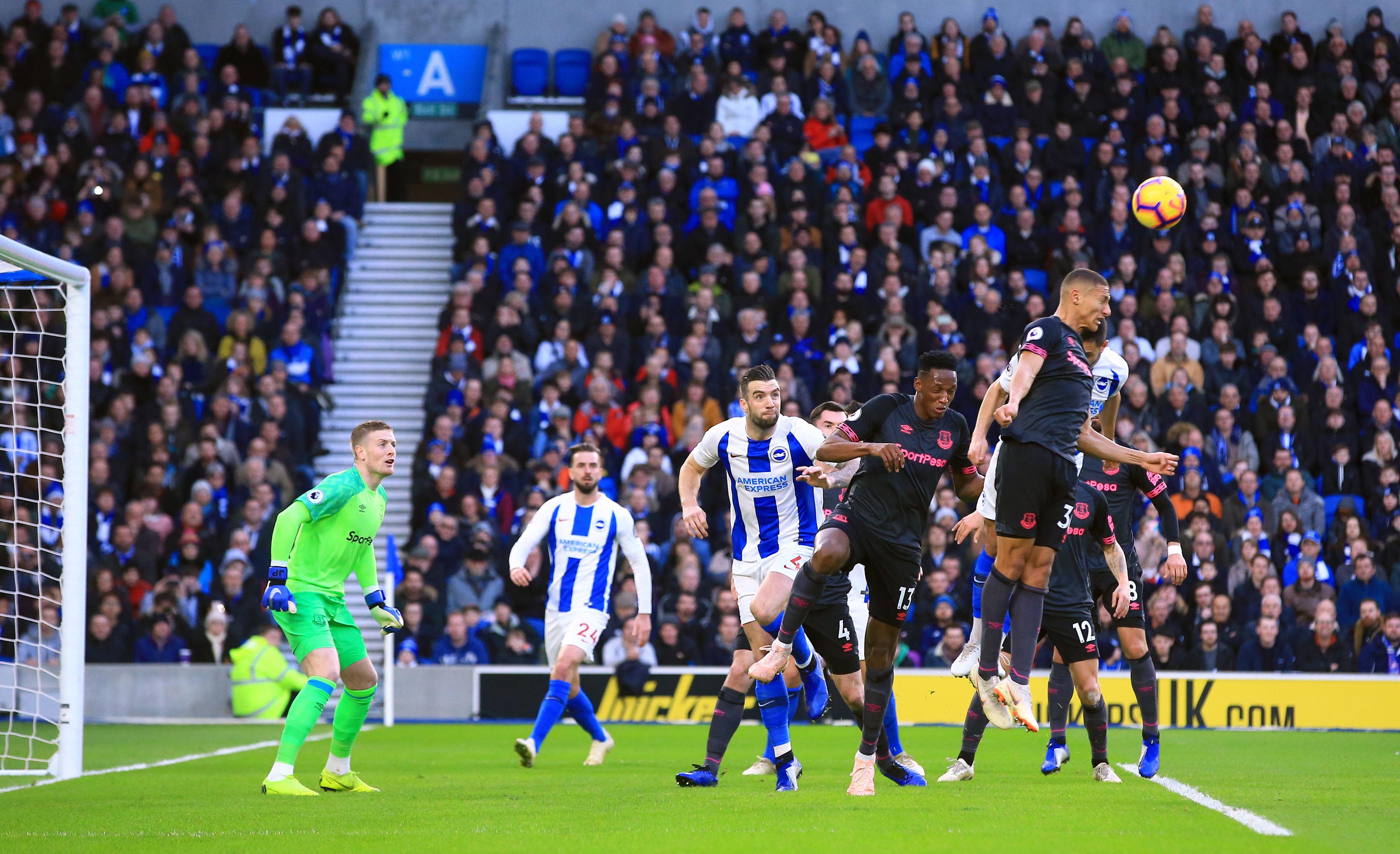 The former Fulham and Brentford stopper was standing in for Mat Ryan, who is away on Asian Cup duty with Australia for the next month.

It was 27 minutes before Everton finally tested his handling and the nervous keeper failed his big examination when he spilled Theo Walcott’s cross at the feet of Bernard.

Fortunately for the stand-in stopper, Richarlison was in an offside position when he shovelled a shot towards goal which Shane Duffy cleared off the line anyway.

He would have been happier with his next effort, blocking Richarlison’s powerful effort before Seamus Coleman was crowded out as he tried to pounce on the follow-up. 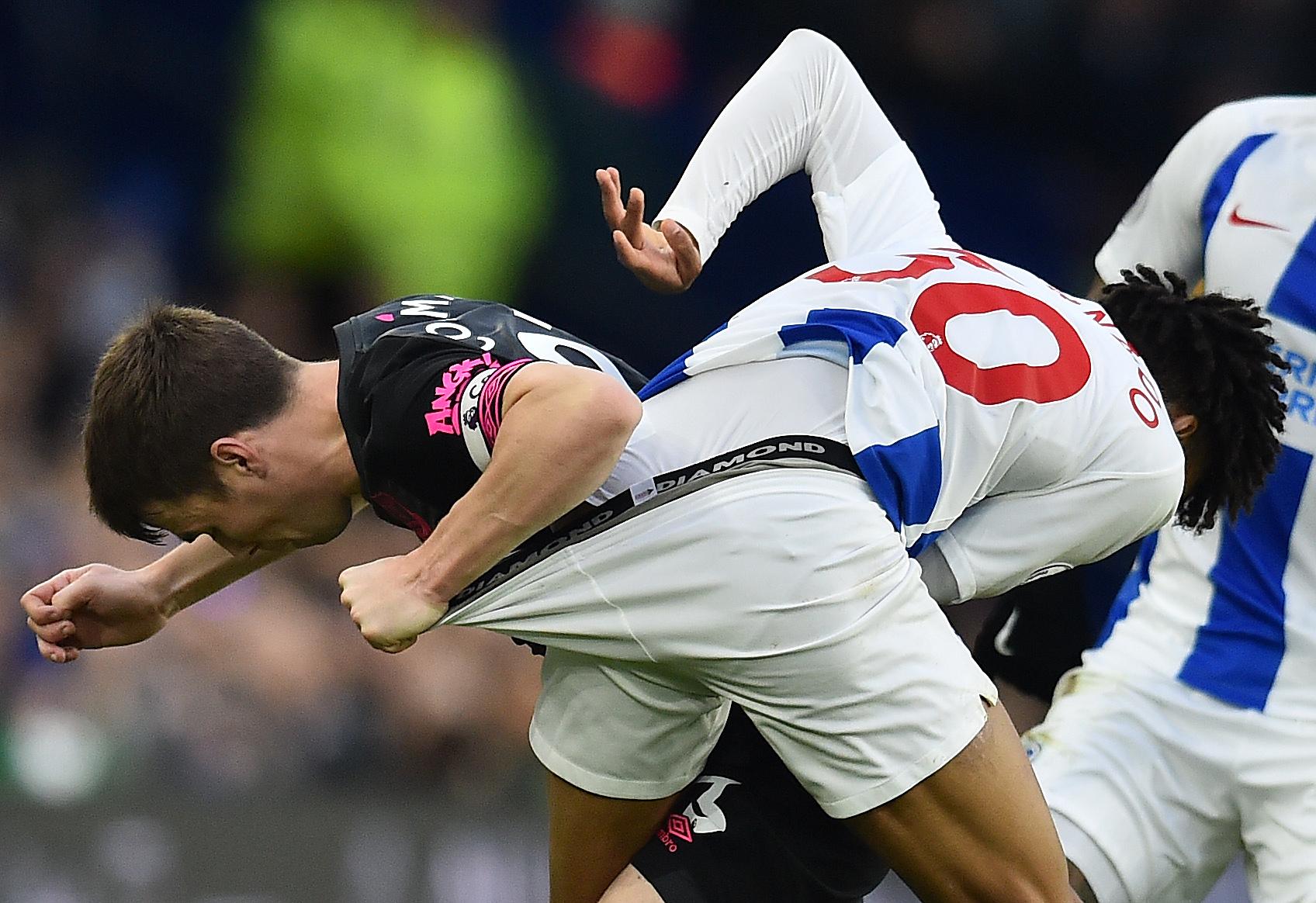 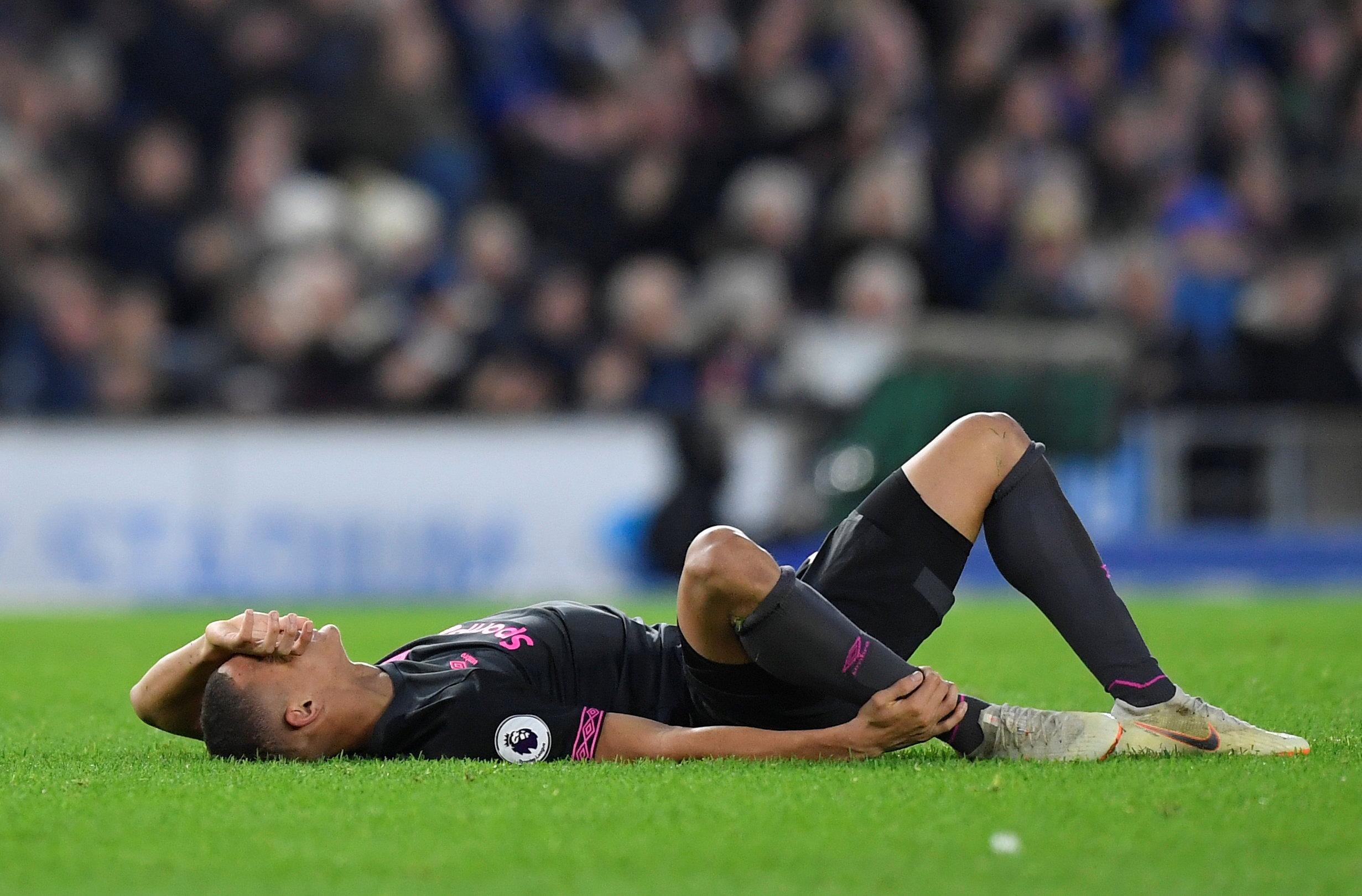 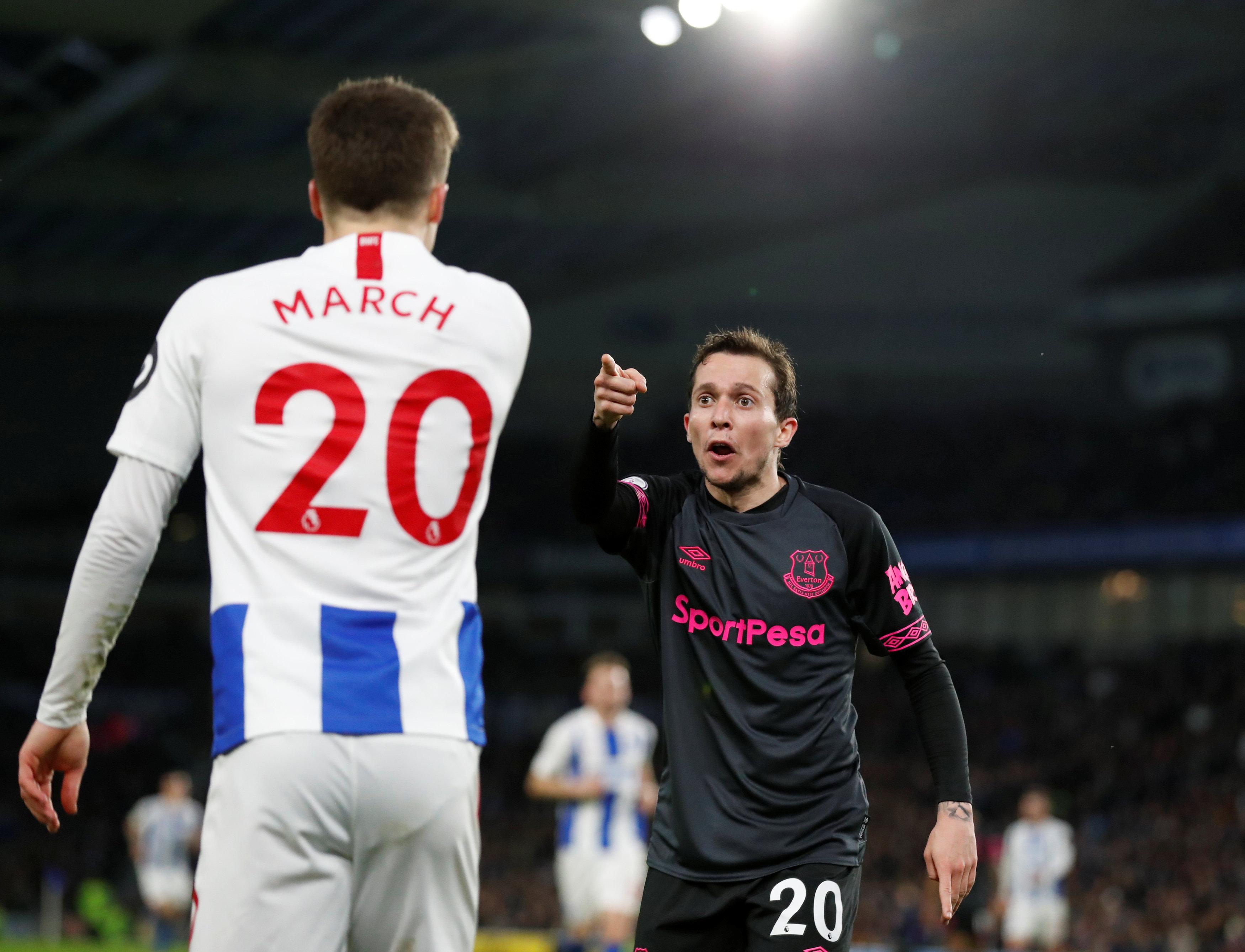 And Idrissa Gueye’s rising shot from the edge of the area was comfortably held as Button was happy to make it to the half-time interval with his clean sheet still intact.

Everton keeper Jordan Pickford had it even easier during a miserable first 45 minutes and was only called into action once to save bravely at the feet of Florin Andone.

No-one was suffering more than Everton’s £44milion striker Richarlison, who was unhappy with the physical treatment he was getting from Duffy and Lewis Dunk.

Everton were furious that Brighton refused to put the ball into touch when the Brazilian lightweight went down and they failed to regain their composure before Locadia struck the decisive goal. 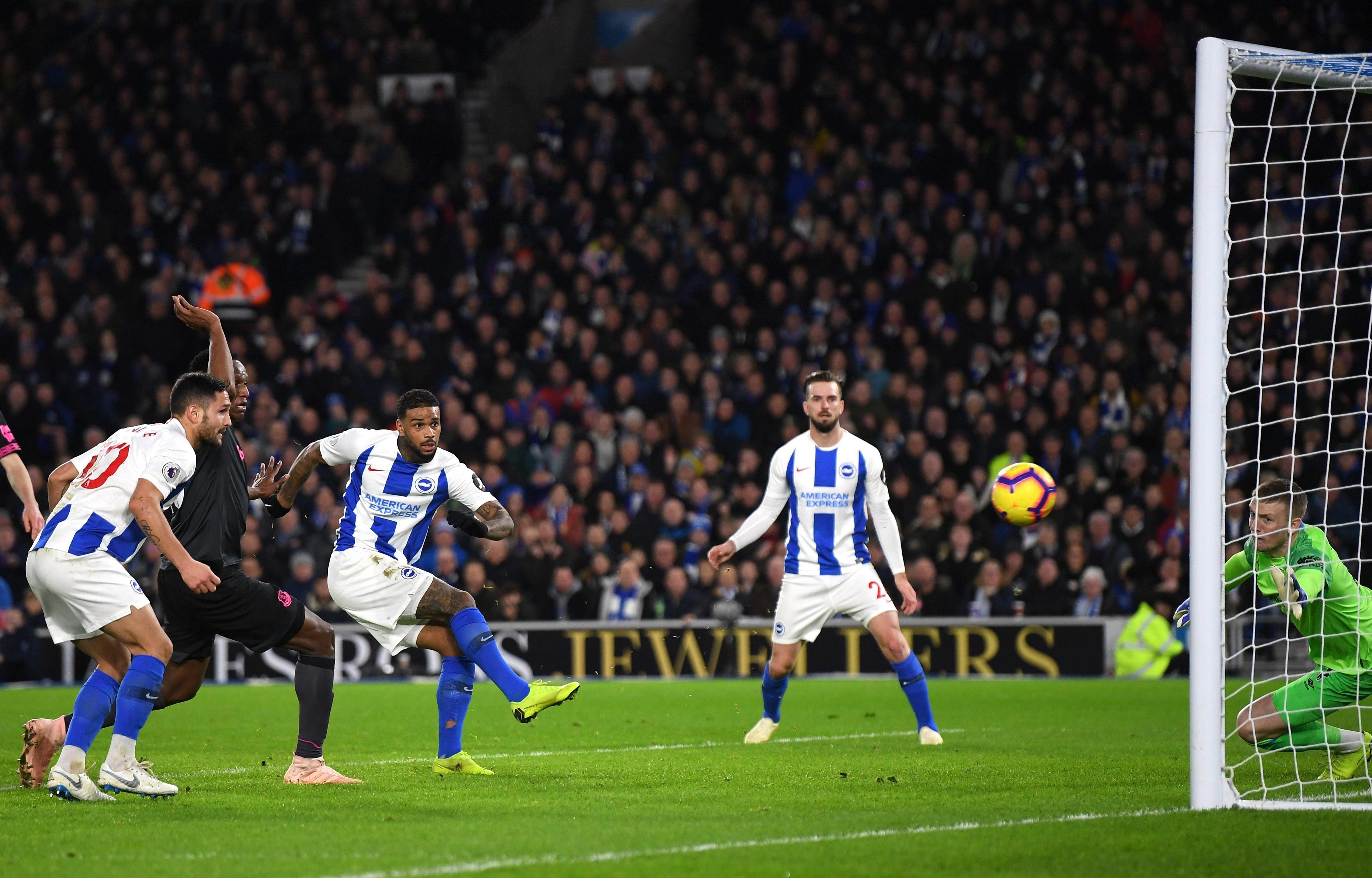 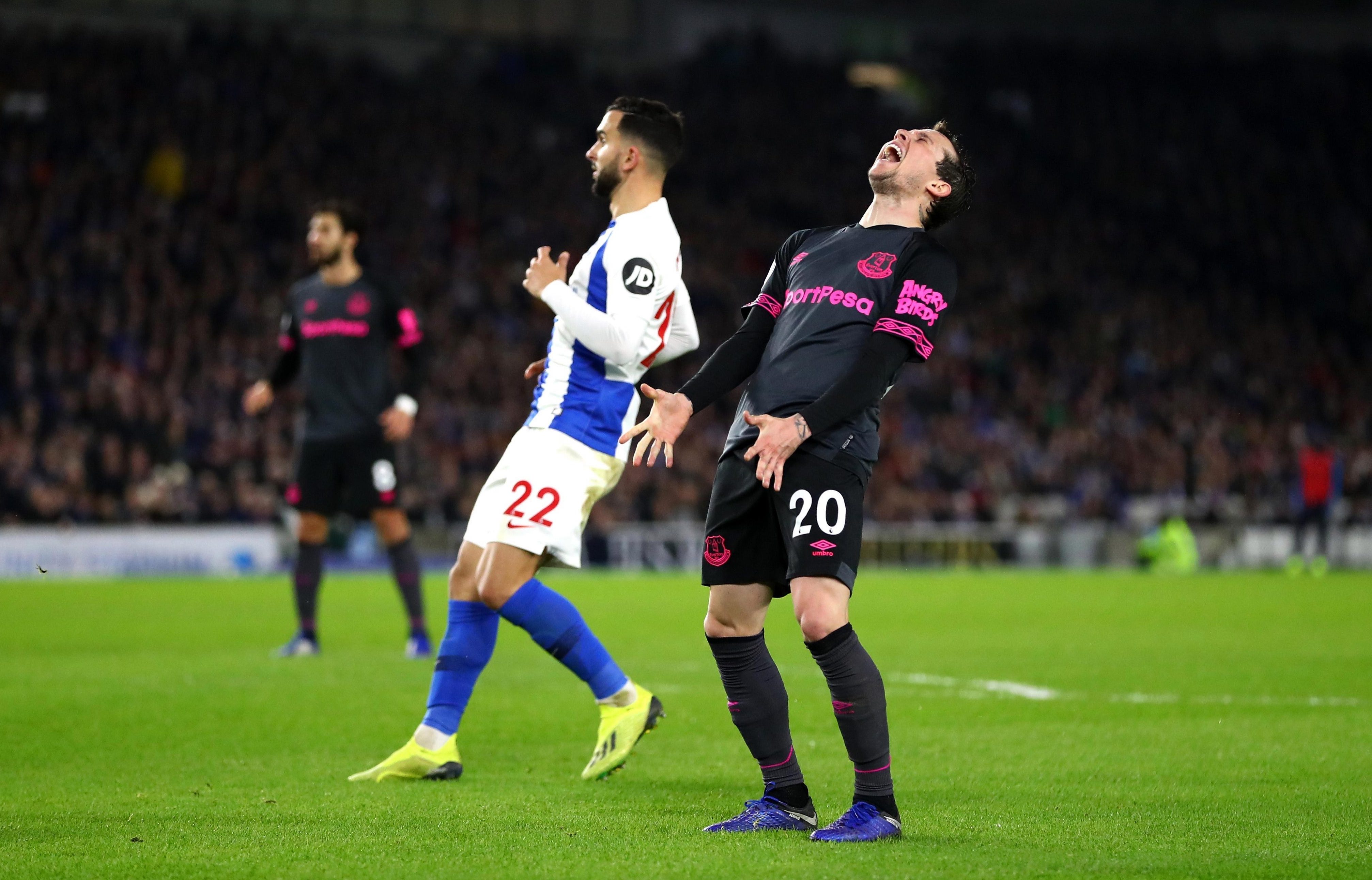 They almost levelled within two minutes of falling behind but Richarlison’s shot was pushed against the post by Button as Brighton held on for a hard-fought victory.