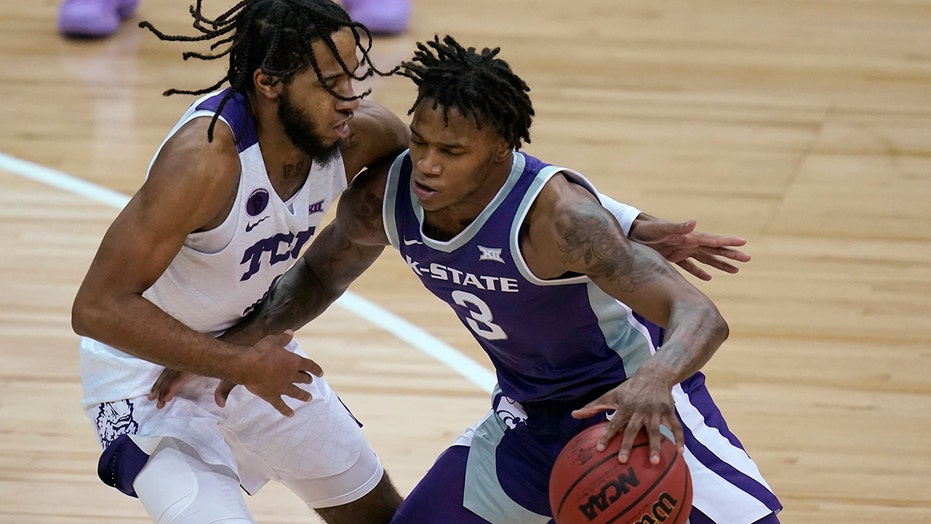 Nijel Pack hit five 3-pointers and scored 23 points, Mike McGuirl added 17 and ninth-seeded Kansas State used a pair of big runs to beat eighth-seeded TCU 71-50 in the first round of the Big 12 Tournament on Wednesday night.

Pack also had six rebounds and five assists in a dynamic showing by the freshman as the Wildcats (10-19) advanced to play second-ranked Baylor, the tournament’s No. 1 seed, in the quarterfinal round Thursday.

RJ Nembhard had 11 points and Mike Miles nine to lead the Horned Frogs (12-14), who lost four straight and seven of their last eight to give coach Jamie Dixon his first losing season in 18 years as a college head coach.

Kansas State and TCU have met in the past four Big 12 Tournaments, and the Wildcats beat the Horned Frogs in the final game played before last season’s tournament was cancelled before the quarterfinals because of the COVID-19 pandemic.

They picked up right where they left off Wednesday night.

After the Horned Frogs built a 23-19 by the closing minutes of the first half, Pack drained back-to-back 3s to give Kansas State the lead at halftime. Then, McGuirl hit a 3-pointer and converted a three-point play coming out of the break, all part of a 16-0 run that gave coach Bruce Weber’s young squad a 35-23 lead early in the second half.

TCU crept back to within 36-30 a few minutes later, and was still within 40-32 with 14 minutes to go, when McGuirl scored to ignite the Wildcats’ second big run. Seven-foot freshman Davion Bradford scored in the paint, Kaosi Ezeagu kept the run going and Pack drilled another 3-pointer to finish a 21-2 charge that made it 61-34 with 6 minutes to go.

That got the roughly 2,000 fans — almost entirely rooting for Kansas State — cheering as if T-Mobile Center was full.

The Wildcats kept stretching the lead in their most complete game of the season. It was their fourth win in the last five games, and it was the fifth time in the past six games that they had held their opponent under 60 points.