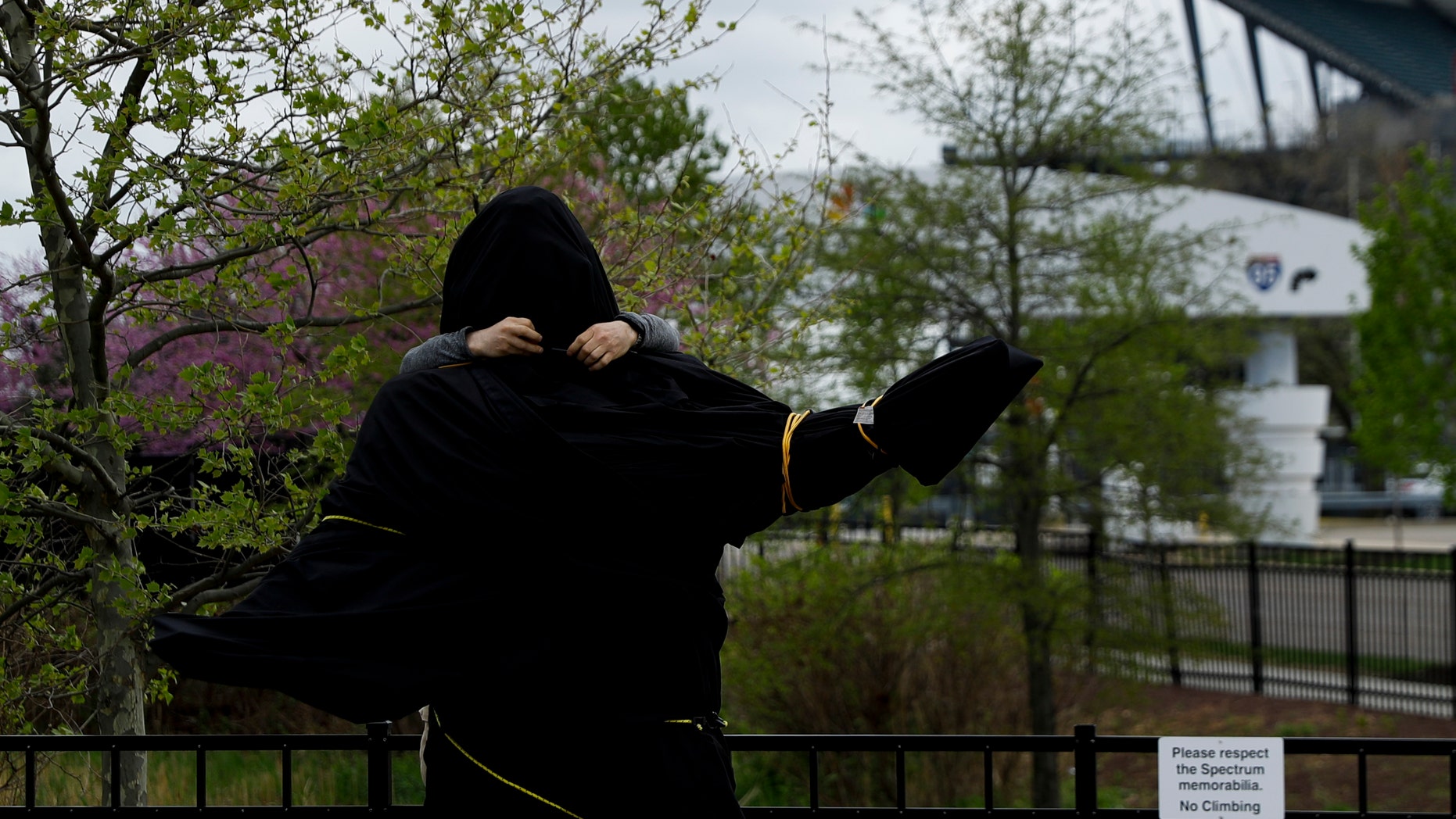 A worker covers a statue of the late singer Kate Smith near the Wells Fargo Center, Friday, April 19, 2019, in Philadelphia. (Associated Press)

The NHL's Philadelphia Flyers on Friday joined baseball's New York Yankees in halting the playing of Kate Smith's rendition of "God Bless America" at home games because of lyrics in other songs the late singer recorded.

The Flyers also covered up a statue of Smith that has stood at Philadephia's sports complex since 1987.

“We have recently become aware that several songs performed by Kate Smith contain offensive lyrics that do not reflect our values as an organization,” the Flyers said in a statement. "As we continue to look into this serious matter, we are removing Kate Smith’s recording of 'God Bless America’ from our library and covering up the statue that stands outside of our arena.”

The statue of Smith was posted outside Philadelphia's old Spectrum arena in 1987 and was relocated nearby when the arena was demolished in 2011.

Smith, who died in 1986 at age 79, was long considered an American icon, in large part because of her association with "God Bless America," the 1918 Irving Berlin song that she recorded in 1939.

"At the height of her career, during World War II, she repeatedly was named one of the three or four most popular women in America," according to the New York Times obituary for Smith. "No single show-business figure even approached her as a seller of War Bonds during World War II. In one 18-hour stint on the CBS radio network, Miss Smith sold $107 million worth of war bonds, which were issued by the United States Government to finance the war effort. Her total for a series of marathon broadcasts was over $600 million."

Smith received the Presidential Medal of Freedom from President Ronald Reagan in 1982.

The song was considered a satire of racism in its time, with civil rights activist Paul Robeson also having recorded a version.

Smith also recorded a song called "Pickaninny Heaven," and her likeness appeared in an ad for baking powder that featured a "mammy" character.

The Flyers had played Smith’s version of “God Bless America” before must-win games since 1969, the Philadelphia Inquirer reported, and its record in those games was 101-31-5. She performed her rendition in person before the team captured its Stanley Cup in 1974. 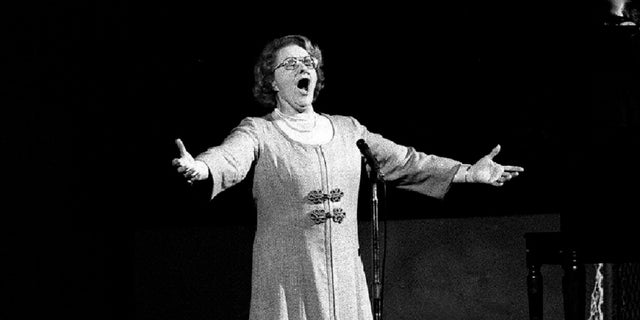 The Yankees played Smith’s “God Bless America” before the seventh-inning stretch for 18 years. The team pulled song after a fan informed them about the lyrics, the New York Times reported.

The removal of Smith’s version comes as scrutiny of American icons has gotten more attention. In recent years, some have called for John Wayne Airport in Southern California to be renamed after a social media uproar over a 1971 Playboy interview. In the interview, Wayne made remarks against Native Americans and African- Americans many deemed as racist.

But Jack Fowler, a vice president of the National Review, argued Friday that the Yankees and Flyers were going too far in banishing Smith.

"(W)hen she wasn't raising dough to crush fascism, Smith was visiting the soldiers," Fowler wrote, quoting from the Times obituary that Smith had "traveled nearly 520,000 miles to entertain American troops."

"That's the equivalent of 130 times around the globe," he added. "While the Yankees were playing baseball and getting loaded after the game."