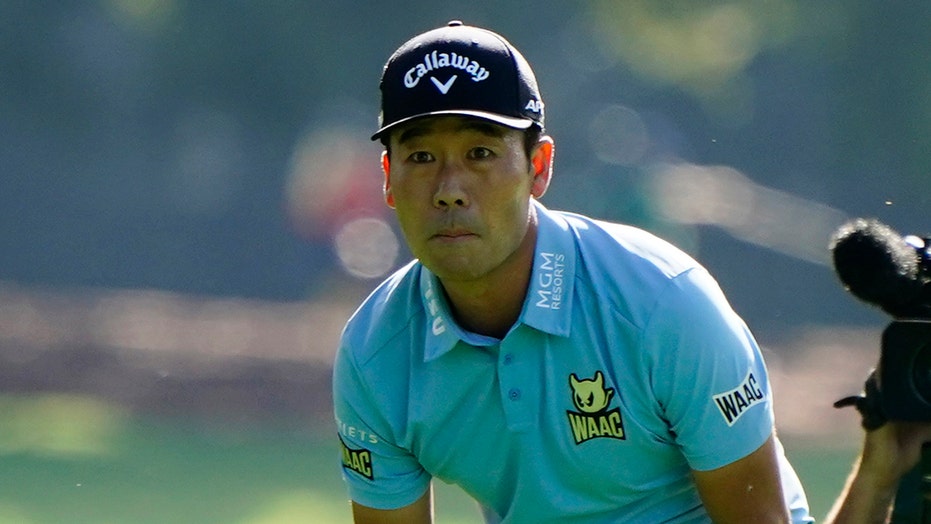 Sportscaster Jim Gray joins ‘America’s Newsroom’ to discuss his interviews with top sports icons in his book, ‘Talking to GOATs.’

Kevin Na made history at the Masters during the first round Thursday night.

Na hit every green in regulation, meaning he made it to the green in at least two fewer shots than what the par is for the hole.

According to NBC Sports, Na was the first player to accomplish the feat since 2009. But that wasn’t why he made history at the illustrious major event.

TIGER WOODS FINISHES MASTERS FIRST ROUND NEAR TOP OF LEADERBOARD

He is the first player to hit every green in regulation but shoot over par.

Na shot a 73 in the first round and finished 1-over par. He finished with one birdie and two double bogeys but broke even on most of the holes. He was the fifth-best putter on the PGA Tour during the 2019-20 season.

THE MASTERS: WHAT TO KNOW ABOUT THE 2020 TOURNAMENT

He finished the day tied for 64th at Augusta National, and as long as he putts better on Friday he should be in contention to make the cut.

“Hit all 18 greens in regulation and two par 5s in two,” Na wrote on his Instagram Stories after his round.

Paul Casey finished the first round in the lead. The first round was suspended due to darkness and will be picked up Friday morning.