KHABIB NURMAGOMEDOV paid tribute to his late father after retiring from MMA with a perfect record of 29-0.

The undefeated Russian submitted his Justin Gaethje by triangle choke in the second round of their lightweight bout at UFC 254. 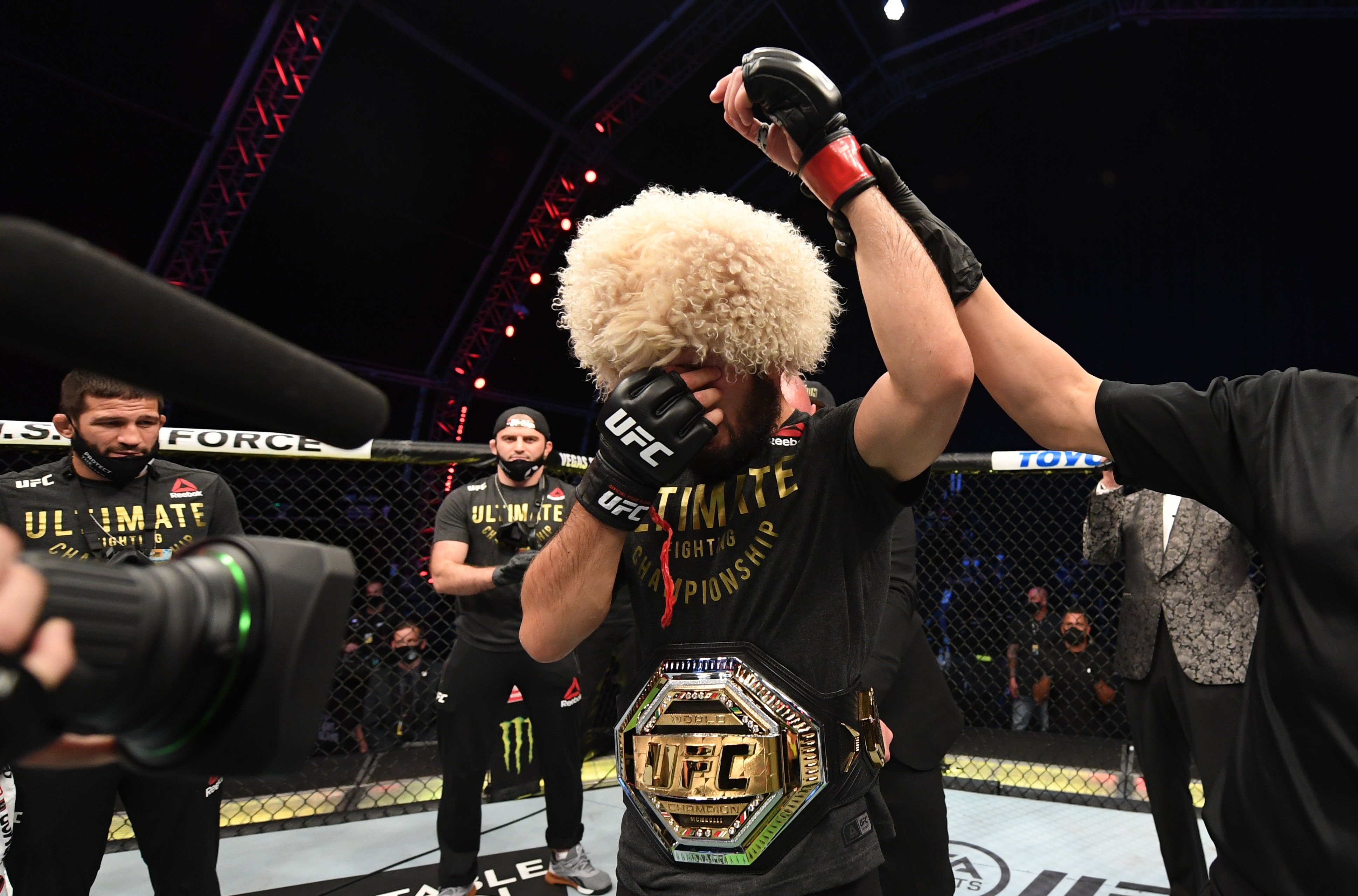 When ALLAH with you, nobody can broke you, nobody 👊⚔️ Thanks Father for everything, you teach all my life, may ALLAH grant you the highest Paradise 🤲 – Когда Всевышний с тобой ни что тебя не сломает, абсолютно ничто. Спасибо Отец за все, чему ты меня научил в этой жизни, дай Аллах тебе наивысшую ступеньРая 🤲

It was Khabib's first fight since the death of his father and trainer, Abdulmanap, in July.

After his sensational victory, he dropped to the ground in tears before he announced his retirement.

And speaking to Gaethje after the fight, he urged the American to cherish his parents.

He said: "Thank you so much Justin. In 2016 I remember, when I cut weight, you helped me a lot. Thank you brother.

"I know you're a great man and I know how you take care of your close people. I know lots of things about you.

"Be close to your parents because one day it's going to happen.

And within hours of his stunning win, he then took to Instagram to further honour his late dad.

Sharing a snap of them together, he wrote: “When ALLAH with you, nobody can broke you, nobody.

“Thanks Father for everything, you teach all my life, may ALLAH grant you the highest Paradise.”