Details have emerged of the messy power struggle between India captain Virat Kohli and Anil Kumble, which ended with the latter effectively forced to step down as coach.

Kumble resigned last year despite an outstanding record, having overseen just one loss in 17 Tests in charge. 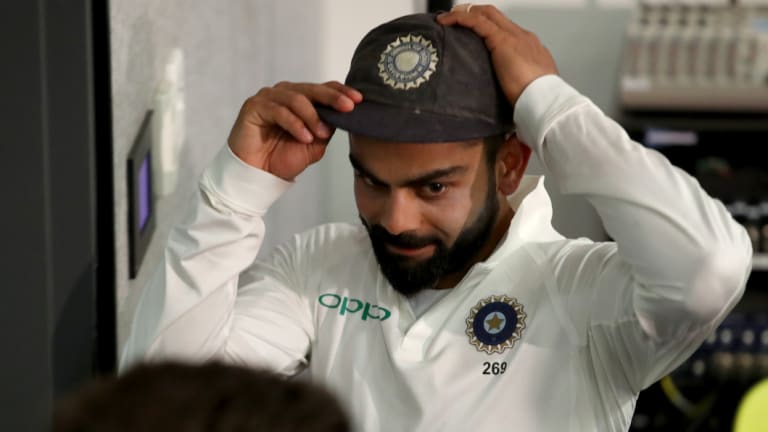 A leaked email, obtained by ESPNcricinfo, claims Kohli regularly sent text messages to Board of Control for Cricket in India (BCCI) chief executive Rahul Johri regarding concerns about Kumble.

The same email claims that "rules were broken" so Ravi Shastri, a captain's pick who already had a close relationship with Kohli, could apply and land the the coveted gig.

Kumble was asked to apply for his job after helping India secure the No.1 Test ranking while serving a one-year contract.

The former captain followed that process and was the candidate recommended by a Cricket Advisory Committee (CAC) featuring icons Sachin Tendulkar, VVS Laxman and Sourav Ganguly.

However, Kumble resigned shortly after and admitted at the time the "captain had reservations with my 'style' and about my continuing as the head coach" and "the partnership was untenable".

A leaked email from Diana Edulji raises fresh questions about just how much power Kohli has in comparison to his cricket board.

Edulji is one half of India's Committee of Administrators (CoA) that helped with last year's process and is now encountering similar problems regarding their national women's side.

"Virat did not accede to Kumble continuing in spite of CAC saying so," Edulji wrote to the email that was allegedly sent on Monday to several BCCI officials.

"I see nothing wrong in women cricketers writing emails reg the coach.

"They were truthful in expressing their views unlike Virat who frequently sent sms's to the CEO on which you acted and there was a change."

Edulji, a former Test cricketer, added her "dissent is recorded when the timelines were extended for someone to apply (last year to coach Kohli's team), he didn't apply in time".

"Mr Kumble … was subjected to loss of face and made to look like a villain," she wrote.

"He was gracious enough to move on for which I respect him.

"Rules were broken and I had raised objections back then."