In a thrilling clash at the Nou Camp, Ousmane Dembele scored to give Barca a sniff having lose the first-leg 2-0 in Seville. 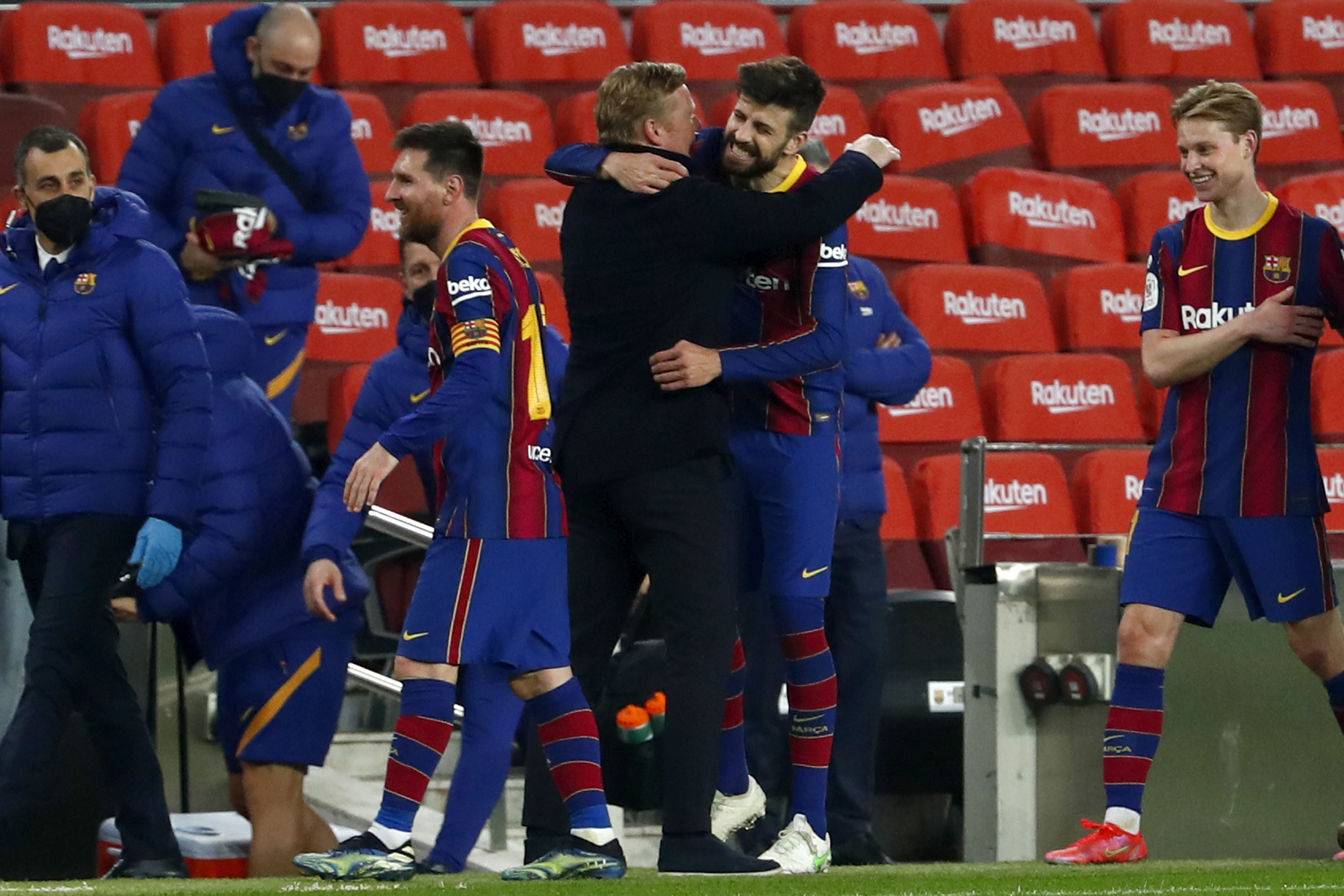 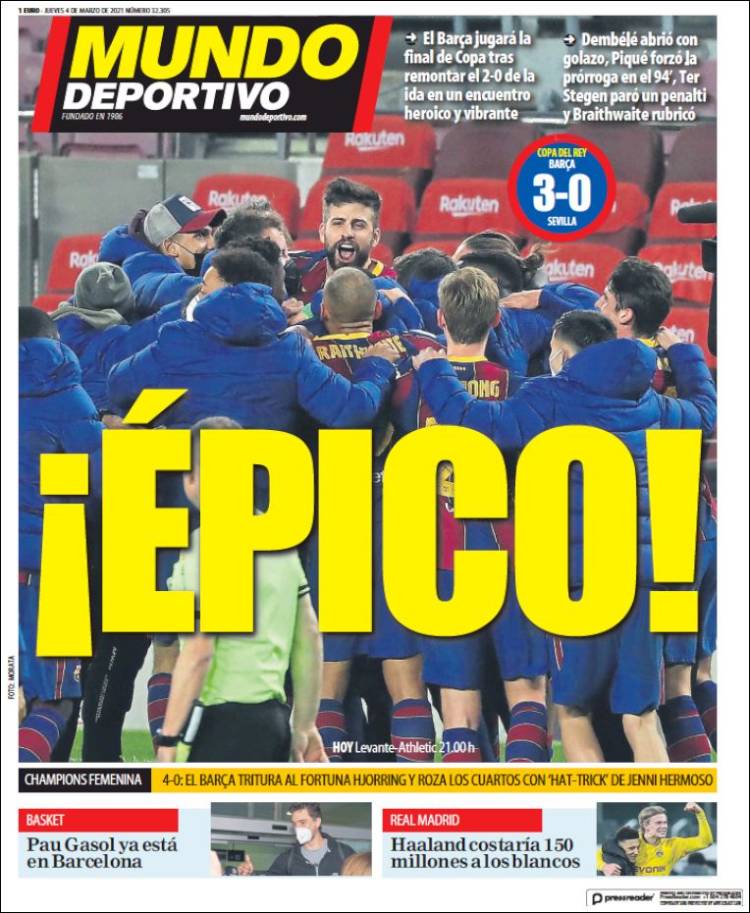 And Martin Braithwaite snatched a winner in extra-time to send Barcelona to the final, leaving Koeman – and the Spanish newspapers – in awe of the 'epic' game at the Nou Camp.

A giddy Koeman cheered: “I am more than 100 per cent proud of my players.

"The way we play is the most difficult… putting pressure on the team throughout the game, the effort is incredible.

"The way we did it, playing without the ball. It was incredible.

“I am proud of how we have been playing in recent weeks. It is a mentality that we are improving.

"As a coach I cannot ask for more than what we have seen tonight.

"It's my best night as a Barca coach. It has been incredible, I am very happy."

BET OF THE DAY: GET GARETH BALE TO SCORE OR ASSIST AGAINST FULHAM TONIGHT AT 40/1 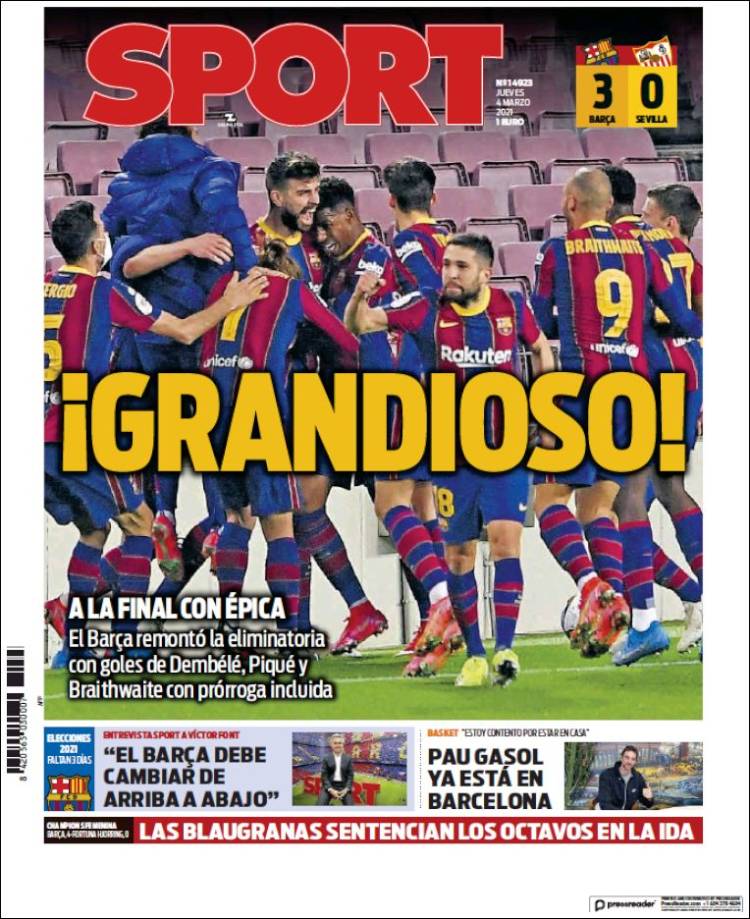 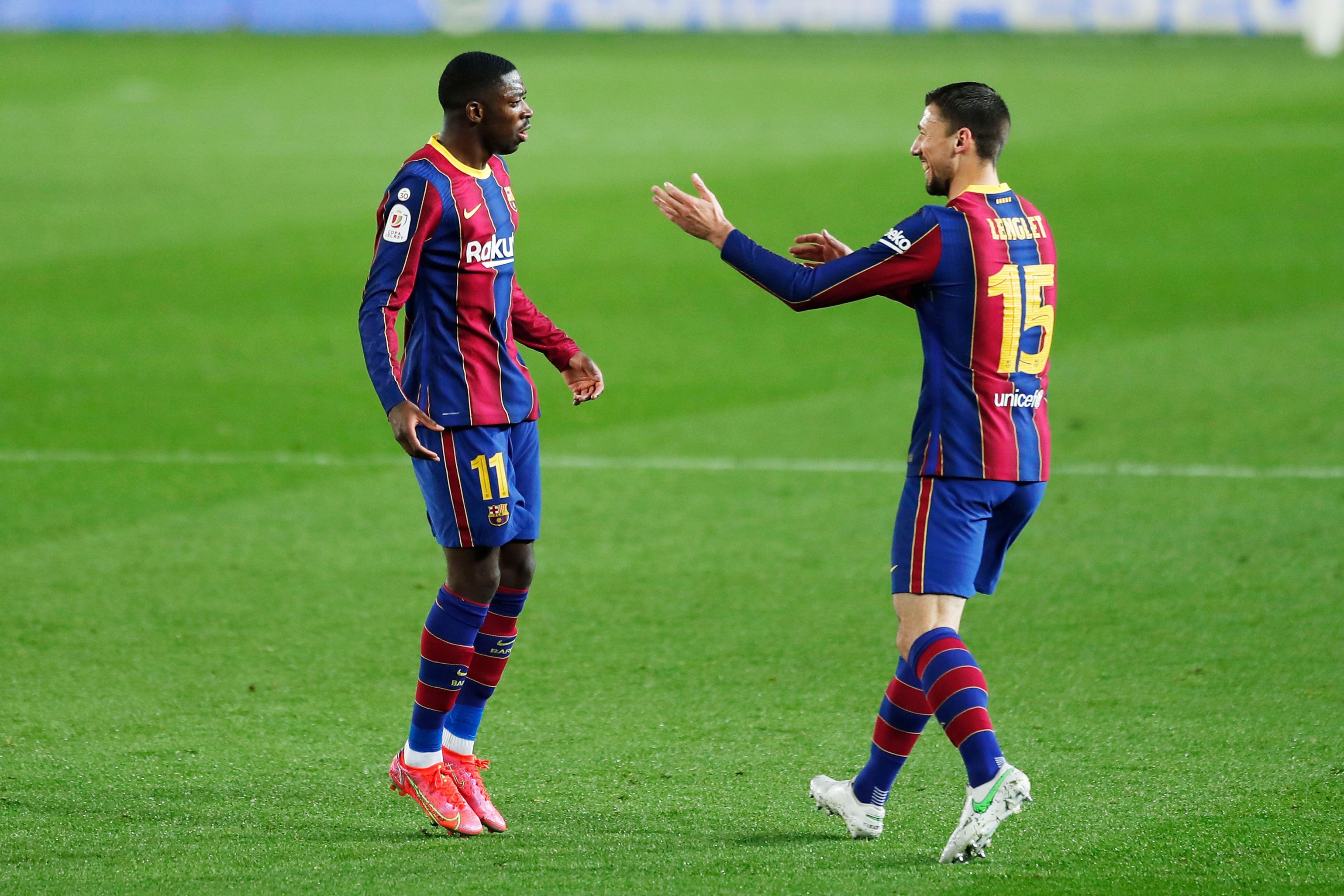 Looking back at the two legs as a whole, Koeman concluded: “We were better in both games, but today was special.

"We deserve to play in the final for having been the best team in both games."

However, Koeman was dealt a blow during the game with goal-scorers Dembele and Pique picking up injuries.

Pique underwent a scan which revealed a minor sprain to his knee.

Barcelona are still awaiting results on Dembele's knock, after the forward grabbed his calf and was taken off following a shot on goal in extra-time.

The Spanish press were left in awe of Barcelona's scintillating comeback.