Mbappe, 21, left the pitch in tears after being fouled by Saint-Etienne defender Loic Perrin in the first half.

PSG say the injury will be re-evaluated in 72 hours by a doctor.

They face Lyon in the French League Cup final on 31 July and then Italian side Atalanta in the Champions League quarter-finals on 12 August.

Should PSG progress, the Champions League semi-finals take place on 18-19 August, before the final on 23 August.

A PSG statement said Mbappe has a “serious right ankle sprain to the external lateral compartment”, adding that the injury will be assessed again “with clinical and ankle imaging analysis”.

The France international, who has scored 29 goals in 33 appearances for the club this season, later returned to the dugout on crutches after Perrin’s foul, which led to a melee on the pitch.

It was the first match in France since the league was ended in April, with PSG awarded the title. 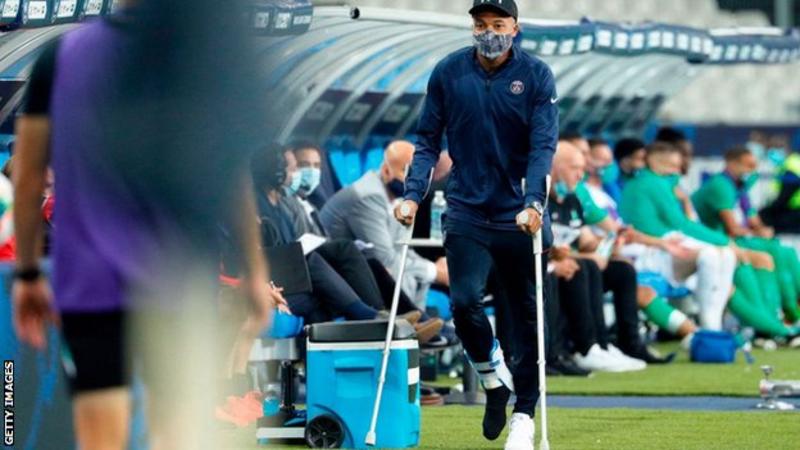