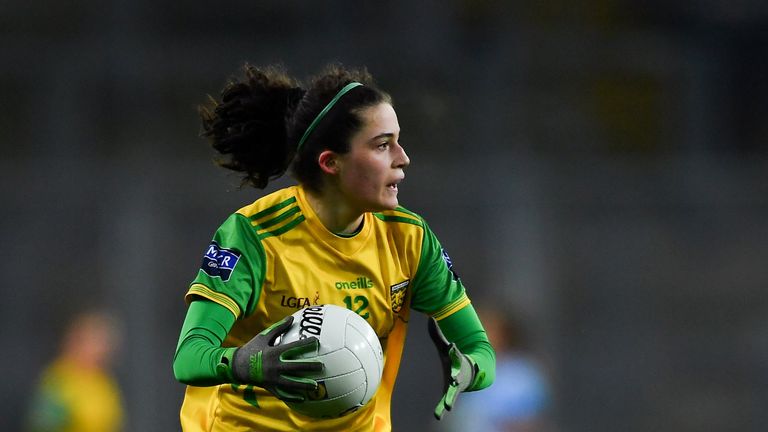 Galway and Donegal are the early pace-setters in Division 1 of the Lidl Ladies National Football League after both sides maintained their perfect starts to the competition.

Tim Rabbitte’s side claimed a two-point away win in Monaghan, with the Leonard cousins, Tracey and Roisin, contributing all nine of their points, while Maxi Curran’s Donegal turned on the style with a 3-10 to 2-7 victory over Mayo in Convoy on Sunday.

As well as the Leonards, Galway had substitute Sarah Conneally to thanks for their win in Cloghan. Conneally’s goal in the second-half put Galway clear, although Leanne Maguire hit back for the home side to set up a grandstand finish.

But points were hard to come by on a tough afternoon for football and after they were tied 0-4 each at the interval, the flurry of scores did not arrive in the closing stages either. Roisin Leonard was off target with a late penalty, but Tracey slotted her sixth free late on to wrap up the win.

In Donegal, captain Karen Guthrie led the way again as her side fought hard to earn their second win as their strong finish shook off the challenge of Peter Leahy’s Mayo.

Guthrie’s 1-2 haul in the first 12 minutes saw Donegal lead by six points early on, but Mayo recovered from the loss of captain Niamh Kelly to the sin bin and her goal pulled them level at half-time 1-6 each.

Mayo briefly took the lead, but a 43rd minute goal from Ciara Grant and another one from Roisin Friel gave the home side the breathing space to seal victory – despite Rachel Kearns’ reply for Mayo.

After their losses last week, perhaps it was no shock to see TG4 All-Ireland finalists from 2018, Dublin and Cork, both claim their first wins of the 2019 League. Six-goal Dublin took their frustration out on Tipperary with a dominant 6-9 to 2-8 win at Ardfinnan, while Cork strolled to a 0-10 to 0-2 win over home side Westmeath.

Both Siobhan Killeen and Lyndsey Davey scored two goals each for Dublin in a strong performance, while Nicole Owens and Carla Rowe also found the net for the defending Lidl NFL champions.

A goal from Tipp’s Roisin Daly meant Dublin’s half-time lead closed to 3-4 to 1-3, but as Bohan rolled through his unlimited subs – he used nine throughout – Dublin kept the pressure on. Davey and Killeen doubled their tallies after the break before Aisling Moloney hit the net for the home side, but it was a stroll to victory for Dublin. 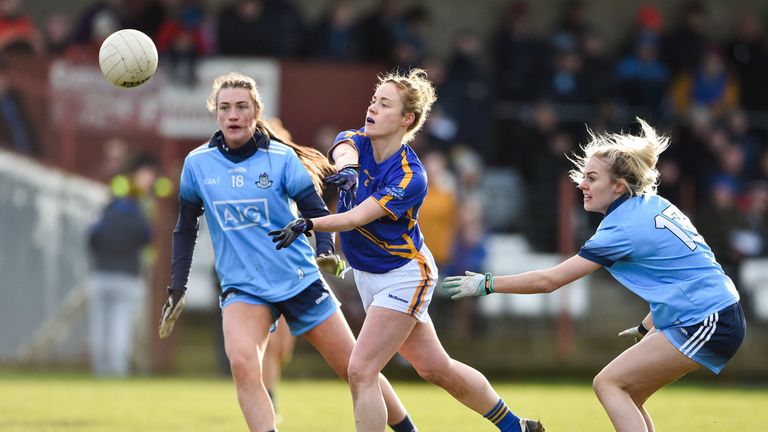 And in Mullingar, Cork were never threatened as Orla Finn’s four points kept them clear of Westmeath as Ephie Fitzgerald’s side bossed this encounter.

Cork were 0-6 to 0-1 ahead at the break thanks to Niamh Cotter, Aine O’Sullivan and Finn, but Rachel Dillon’s point was all Westmeath could manage before the interval.

It did not get any better on the resumption and Cork raced into a nine-point lead before Maud Annie Foley kicked Westmeath’s second score at the death.

In Division 2, Armagh have already opened up a two-point lead at the top of the table thanks to their comprehensive win over Cavan at Clonmore on Sunday. Aimee Mackin hit a goal in each half for the Orchard girls, who were far too strong for their visitors in a 2-17 to 0-3 win.

Tyrone and Waterford are hot on Armagh’s heels though: last year’s TG4 IFC champions Tyrone earned their first win at home against Laois, who are bottom of the standings after their second loss. And Waterford’s draw in Tralee, secured thanks to Aileen Wall’s late goal, sees them maintain their good start to the competition, while Wexford and Clare had to be happy with a share of the spoils. 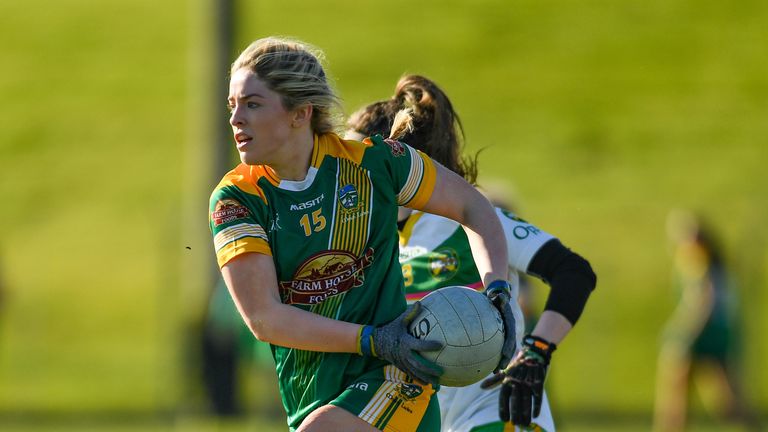 In Division 3, a late, late goal from Sheila Brady rocked Kildare and gave Roscommon their second win in a week and sees them pull clear at the top of the table, while Longford edged past Sligo. In the two games played as double headers with the men’s NFL games, Wicklow defeated Down at Aughrim, while Meath turned on the style and fired five goals past Offaly to take the honours at Páirc Tailteann.

And in the bottom tier Leitrim defeated Derry, Fermanagh rocked Antrim with a late goal at The Dub, Louth won well at home to Kilkenny, while Limerick lost out narrowly to Carlow at Askeeton.