Brumbies captain Christian Lealiifano isn't ready to close the door on his international career, declaring a World Cup berth is in the back of his mind.

The 31-year-old playmaker enters his 12th Super Rugby season with a focus on returning the ACT franchise to the finals. 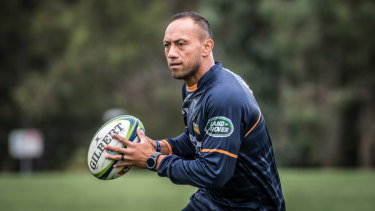 Lealiifano toyed with the idea of leaving the nation's capital at the end of last season, but signed a one-year deal to remain with the Brumbies as the lure of reclaiming his Australian jersey and adding to his 19 Test caps still burns.

"It's in the back of your mind because of the year it is," Lealiifano said.

"I'm aware I haven't been in the set-up for a while (since 2016) so my focus has got to be playing well and consistently for the Brumbies.

"If I can do that well enough then maybe you can enter into those conversations."

It has been a long road back for Lealiifano, who battled leukaemia after being diagnosed in 2016, before making a courageous comeback to the Brumbies in the 2017 quarter-final.

He was rested from two games last year in his first full season back from illness, but still proved to be a stand-out for the Brumbies.

Following the end of the 2018 Super Rugby season, Lealiifano then headed to play in the Japanese Top League with the Toyota Industries Shuttles.

"I'm feeling as good as I can feel," Lealiifano said.

"I'm really fit and healthy and I'm excited to see what I can contribute to this year." 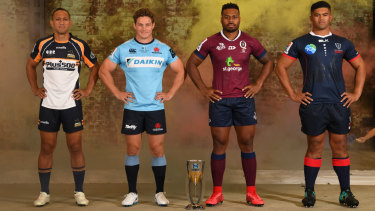 Lealiifano’s immediate focus is on the Brumbies for the looming Super Rugby season.Credit:AAP