LEEDS forward Raphinha produced a sensational display on his Brazil debut as he laid on two assists in a 3-1 victory over Venezuela.

The 24-year-old came on at half-time with Tite's side 1-0 down, but his substitution would turn the game on its head. 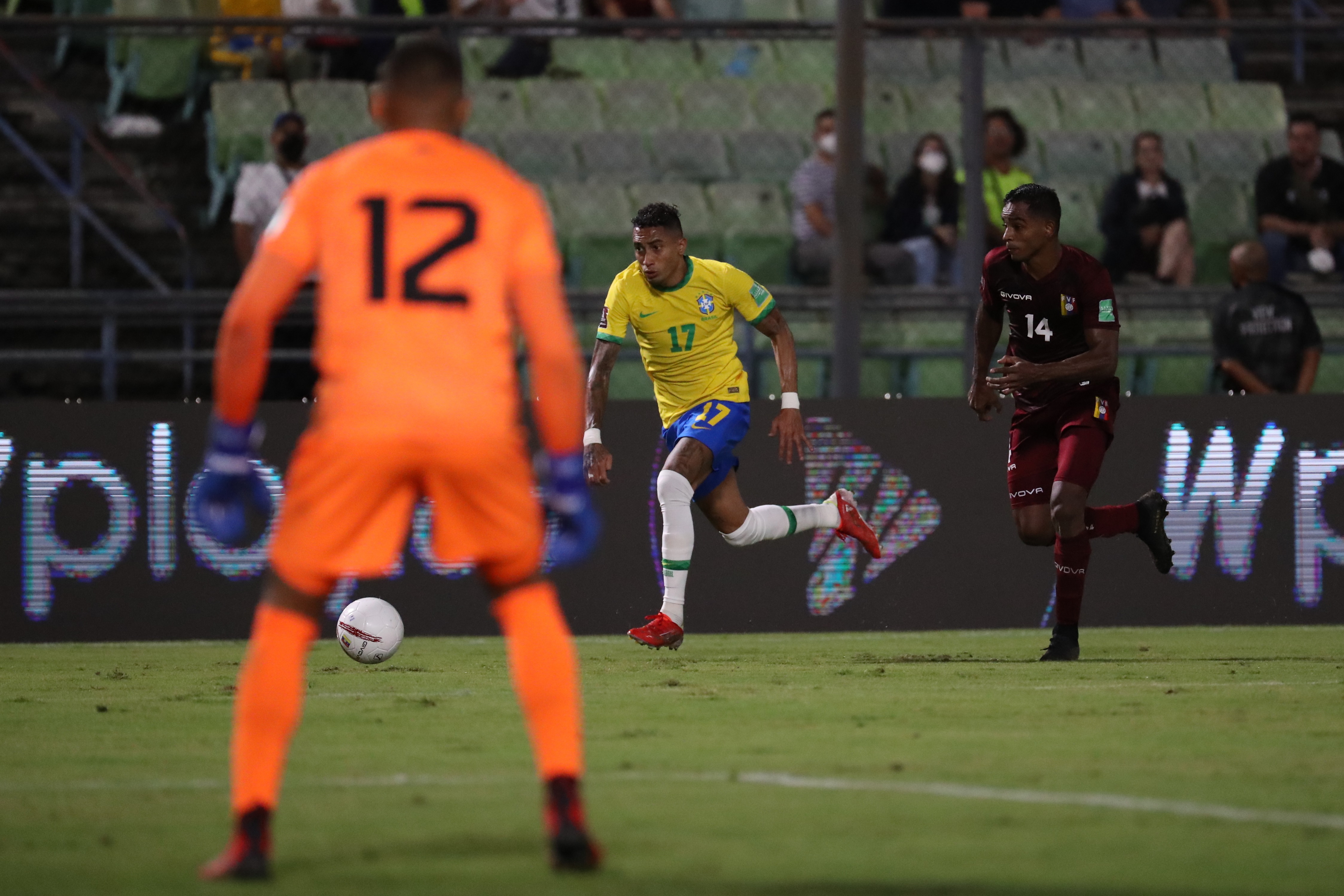 He delivered the corner for Marquinhos to convert from as Brazil levelled with 19 minutes remaining.

And in the 85th minute the five-time World Cup winners completed the turnaround as Gabriel Barbosa tucked away a penalty.

Raphinha then capped off a superb debut by setting up Antony in stoppage time to seal victory in the World Cup qualifier.

He also had another assist chalked off in the second half as VAR ruled the goal out.

Brazil have now won all nine of their qualification matches, scoring 22 times and conceding just three.

They sit eight points clear of second place Argentina, with Ecuador and Uruguay another three points behind them.

Brazil are hoping to clinch their first World Cup in 20 years when they head to Qatar next summer.

But his side have struggled for results, finally winning their first Premier League game of the season against Watford before the international break.

Next up for Leeds is a trip to St Mary's to take on Southampton on Saturday, October 16.