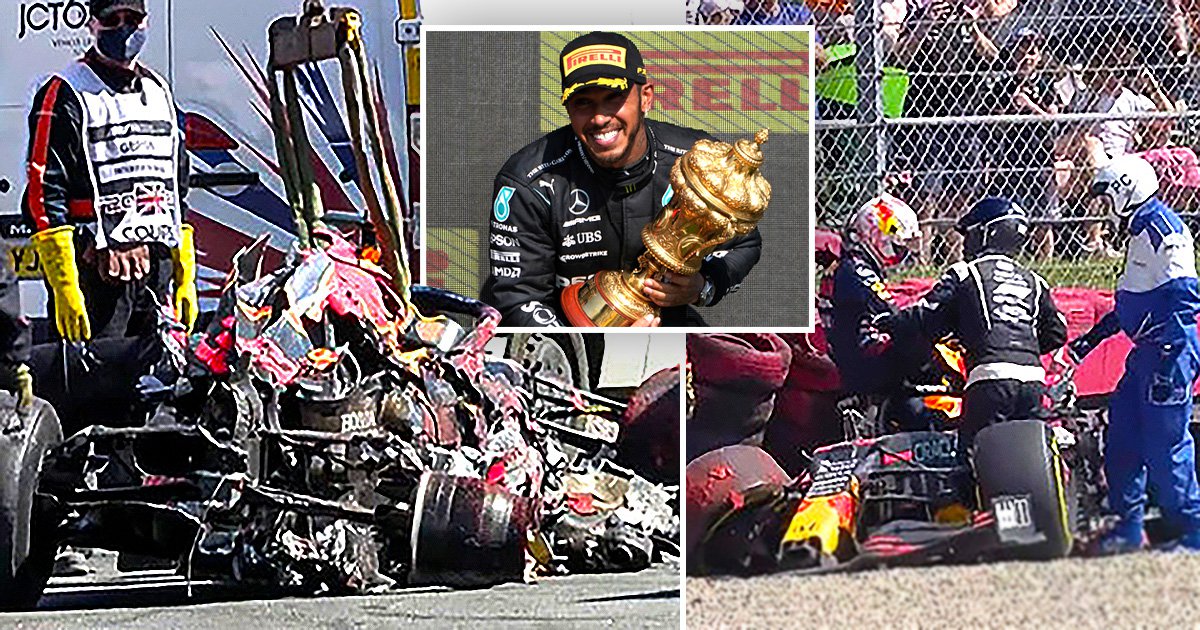 Lewis Hamilton drove like a man possessed throughout the British Grand Prix weekend. His was a controversial race, with fans and commentators divided over whether he should have been punished for tipping Max Verstappen off the track and putting him in the fence.

Thankfully Max walked away, albeit badly winded. Worse was the racist abuse Lewis received on social media afterwards, something which F1, the FIA and both the Mercedes and Red Bull teams were quick to admonish.

Red Bull boss Christian Horner was left fuming by the accident, complaining that to attempt a move on the inside of the 160mph Copse corner was lunacy, potentially lethal and the mark of a desperate man.

The incident was a shock not only because of the force of the impact which destroyed the Red Bull, but that Hamilton made such a rare mistake in a wheel-to-wheel fight. Lewis is a respectful driver who has unparalleled spatial awareness.

It is true Hamilton was not far enough alongside Verstappen to claim the corner, but the Dutchman had left the door open. It brings to mind that famous line from Ayrton Senna: ‘If you no longer go for a gap that exists, you’re no longer a racing driver.’ To my mind, this was a racing accident pure and simple and didn’t deserve a penalty, despite the kiss between the cars resulting in a 51G impact for Verstappen and a trip to hospital.

Other pundits disagree, with former British GP winner Mark Webber calling the ten-second penalty handed to Hamilton ‘soft’. The race director, Michael Masi, explained the consequences of an incident do not have a bearing on the size of the penalty.

Hamilton said he was concerned about Verstappen: ‘Of course, that’s never the way that I want to win a race, but these things do happen. I just hope he’s okay and I look forward to many races [together].’

Following the first-lap shunt, which triggered the red flags, there was a lengthy wait for the race to restart. This allowed Mercedes to fix damage sustained on Hamilton’s car, something they revealed could have forced him to retire.

Charles Leclerc had got ahead of the Briton before the action was suspended and led the race until three laps from the end when Hamilton, who had recovered from taking his time penalty during his lap-27 pit-stop and was reeling the Ferrari in by a second a lap, passed the Ferrari at — you’ve guessed it — Copse. It was a Hollywood ending of which the movie stars in attendance would have been proud.

Hamilton noted the contrast between the way he passed Leclerc and the collision with Verstappen. ‘He was very respectful in terms of leaving a gap,’ said the Briton.

‘He knew I was there, but he stayed committed and just did a wider line. He nearly kept [ahead] and that was really great racing. Of course, in a perfect world, that’s what would have happened [with Max]. But different time, different place, different driver.’

THERE were 140,000 roaring British fans bathed in glorious sunshine at Silverstone, and plenty of familiar faces in the pits, including film stars Tom Cruise, Harrison Ford and Michael Douglas.

The weekend was made even more entertaining by having qualifying on Friday afternoon, which was topped by Lewis Hamilton, followed by the experiment of a sprint race on Saturday which determined Sunday’s grid, Max Verstappen beating Hamilton for pole.

A legitimate criticism is playing with the format messes with the historical statistics. The essence of a pole position should be to be the fastest driver over a single lap in clear air. That’s a view Sebastian Vettel shares.

The Aston Martin driver, who suffered a spin when he lent too hard on the throttle coming out of Woodcote, stayed behind following the race to pick up litter in the grandstands — earning himself some PR points, if not championship points.

The spectators and most of the drivers were in agreement that the format, which will be used again at Monza and one other non-European round this season, was a success and made both of the days leading up to the grand prix more exciting.

How to get your Metro newspaper fix

Metro newspaper is still available for you to pick up every weekday morning or you can download our app for all your favourite news, features, puzzles… and the exclusive evening edition!