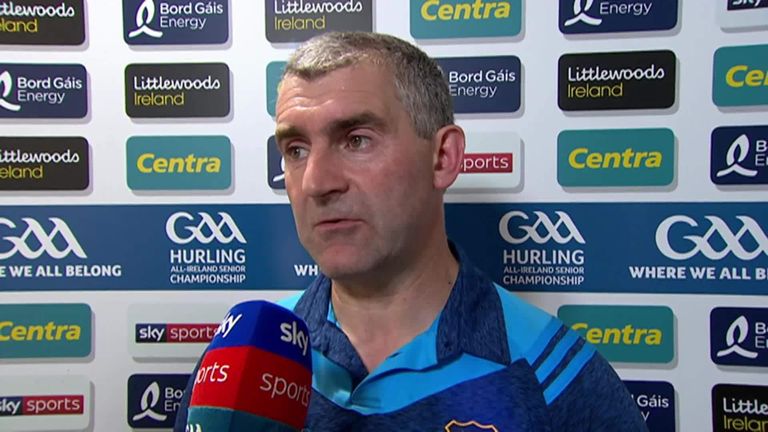 Tipperary manager Liam Sheedy said his side answered their critics in their narrow All-Ireland semi-final victory over Wexford.

The Premier hit a mid-season slump in their Munster final defeat to Limerick and sluggish display against Laois, but emphatically returned to form to secure an All-Ireland final berth against Kilkenny in three weeks’ time.

“It’s a difficult place to turn it around, when you are five points down and a man down and, look, there has always been questions about our character and could they really bring it,” the Portroe man said at full-time.

“This is a wonderful bunch. This is a bunch that has given me everything since November and they have been challenged. I’m just fortunate to have put a really solid team around them that has asked questions of them every night and the reason you did it is for days like today. A man down and five points down, it really was backs to the wall.

“I sit here today a really proud man because you don’t coach that. That comes from the inner resolve that each of those guys has. What a contest. What a weekend of hurling it has been. What a spectacle again. I’m probably on an emotional high again here now because you go through all those emotions on the sideline. I’m just thrilled for this group.” The Premier had three goals disallowed, and finished with 14 men but Sheedy was in no mood to question the officials.

“Sean Cleere is a fine referee,” he said. “It’s a difficult, difficult situation to find yourself in out there because the game is just frantic.

“It probably tells you a bit more about our group and our team that they managed to answer back and found the resolve to go at it again. Because they are setbacks.”

The Premier County’s substitutes made a telling difference, with Ger Browne, Willie Connors, Mark Kehoe and Jake Morris all contributing from the bench, as Tipp outgunned the Leinster champions on the home straight.

“There are some guys that don’t get to tog out and that is tough on them,” explained Sheedy. 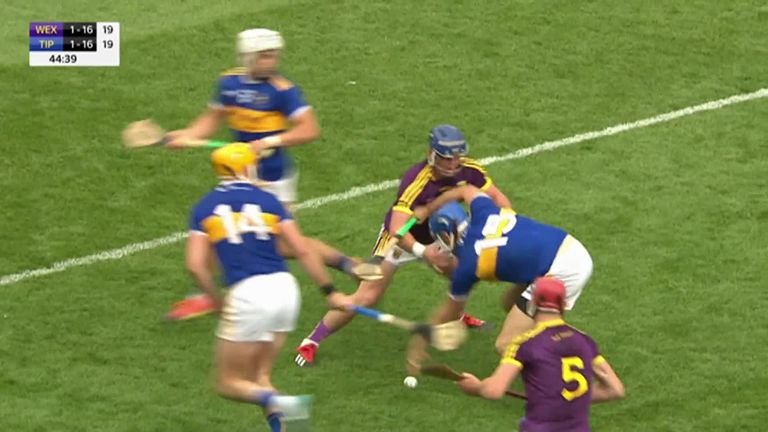 “We asked the eleven [players on the bench] to really represent the group well if they got on the pitch today. It wasn’t just the scores either. It was some of the balls they turned over. When it looked like Wexford would get on the attack they would get a hook or a block in and turn over the ball. We had some huge turnovers in that last 10 minutes and a turnover was as good as a score in those instances.

“Jake Morris put the ball in the back of the net and the way he got that point down in the corner, he is a guy who is clearly building his confidence all the time and on the back of his performance last Tuesday night. It’s been a really good week for Tipperary.”