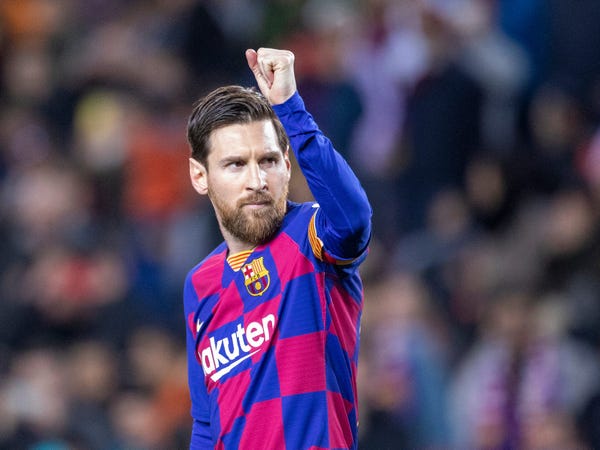 Lionel Messi has said that his demands to leave FC Barcelona for pastures new after almost two decades this summer were actually made with the club's best interests at heart.

Speaking to Spanish newspaper Diario Sport in his first interview since announcing that he will stay at the club for one more year, Messi attempted to bury the hatchet between him and the club in recent months.

"After so many disagreements, I would like to put a full stop. We must unite all Barca fans and assume that the best is yet to come," Messi told the newspaper, according to a translation from the original Spanish.

"I take responsibility for my mistakes and, if there were any, they were only to make Barcelona better and stronger.

"If any fans were annoyed by something that I said or did, let there be no doubt that anything I did was always with the club's best interests in mind."

Messi demanded earlier in the summer to leave Barcelona — the only team he has ever played for professionally — kicking off a messy transfer saga that almost ended in a legal battle based on a dispute over a clause in his contract.

Messi said the clause allowed him to leave for free, while Barcelona denied this. The Argentine star eventually backed down to avoid going to court, and said he will see out his contract before leaving in summer 2021.

His interview, however, is something of a u-turn from his most recent public comments about FC Barcelona, in which he effectively accused the club of betraying his good friend Luis Suarez by putting him up for sale.

"You deserved a send-off matching who you are — one of the most important players in the club's history, achieving important things both as a group and individually," Messi said in a lengthy Instagram post on Friday.

"Not to get thrown out like you have been. But the truth is at this point nothing surprises me."

Suarez was unceremoniously told by new Barcelona manager Ronald Koeman that he was surplus to requirements and swiftly sold to Barcelona's rivals Atletico Madrid.