LIONEL MESSI’S bizarre votes for the 2021 Fifa Best Men's Player Award have been revealed as he missed out on it to Robert Lewandowski.

And his great rival Cristiano Ronaldo, who received a special gong after becoming the all-time leading international goalscorer, snubbed the Paris Saint-Germain man as he backed the winner in his picks. 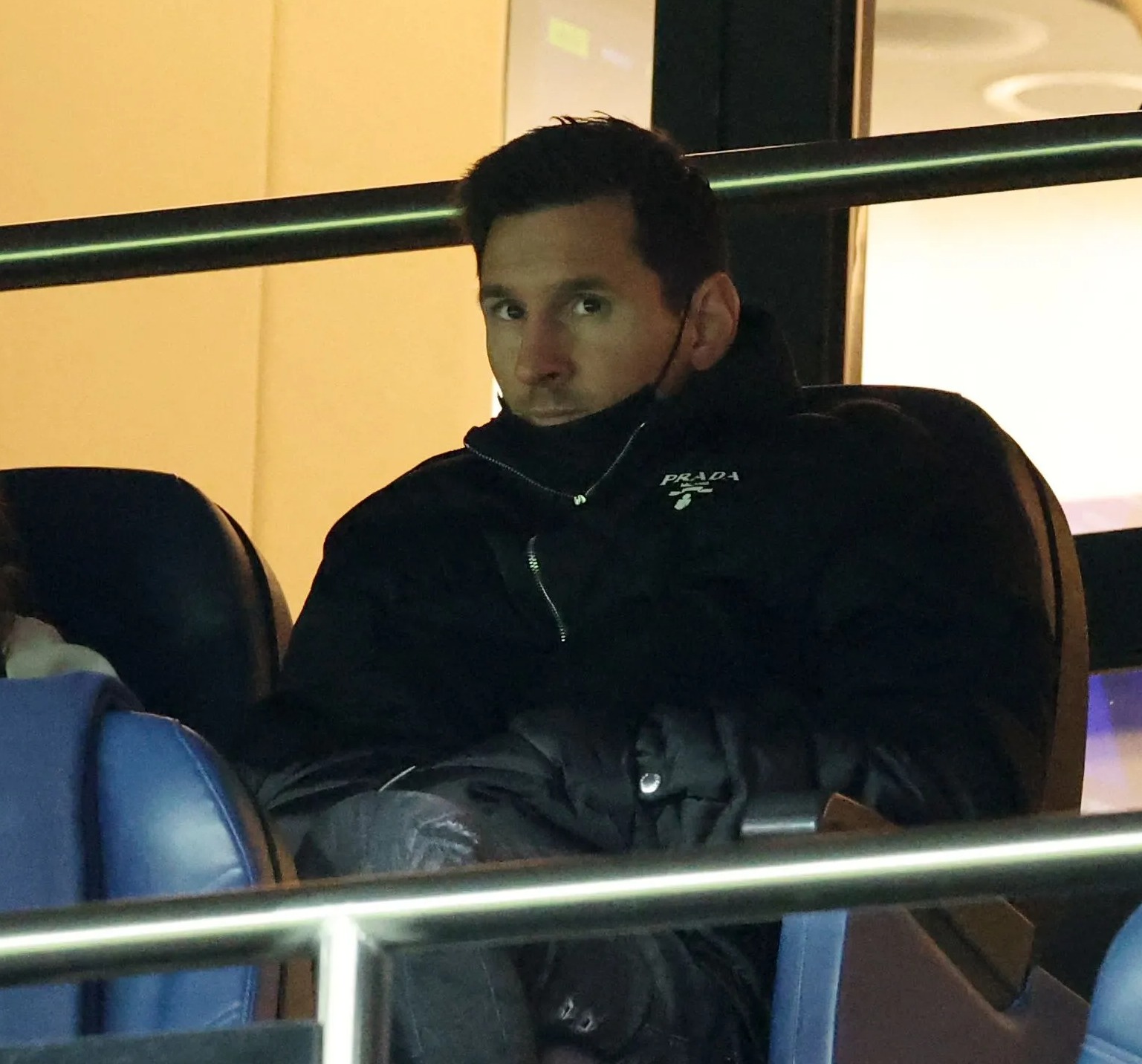 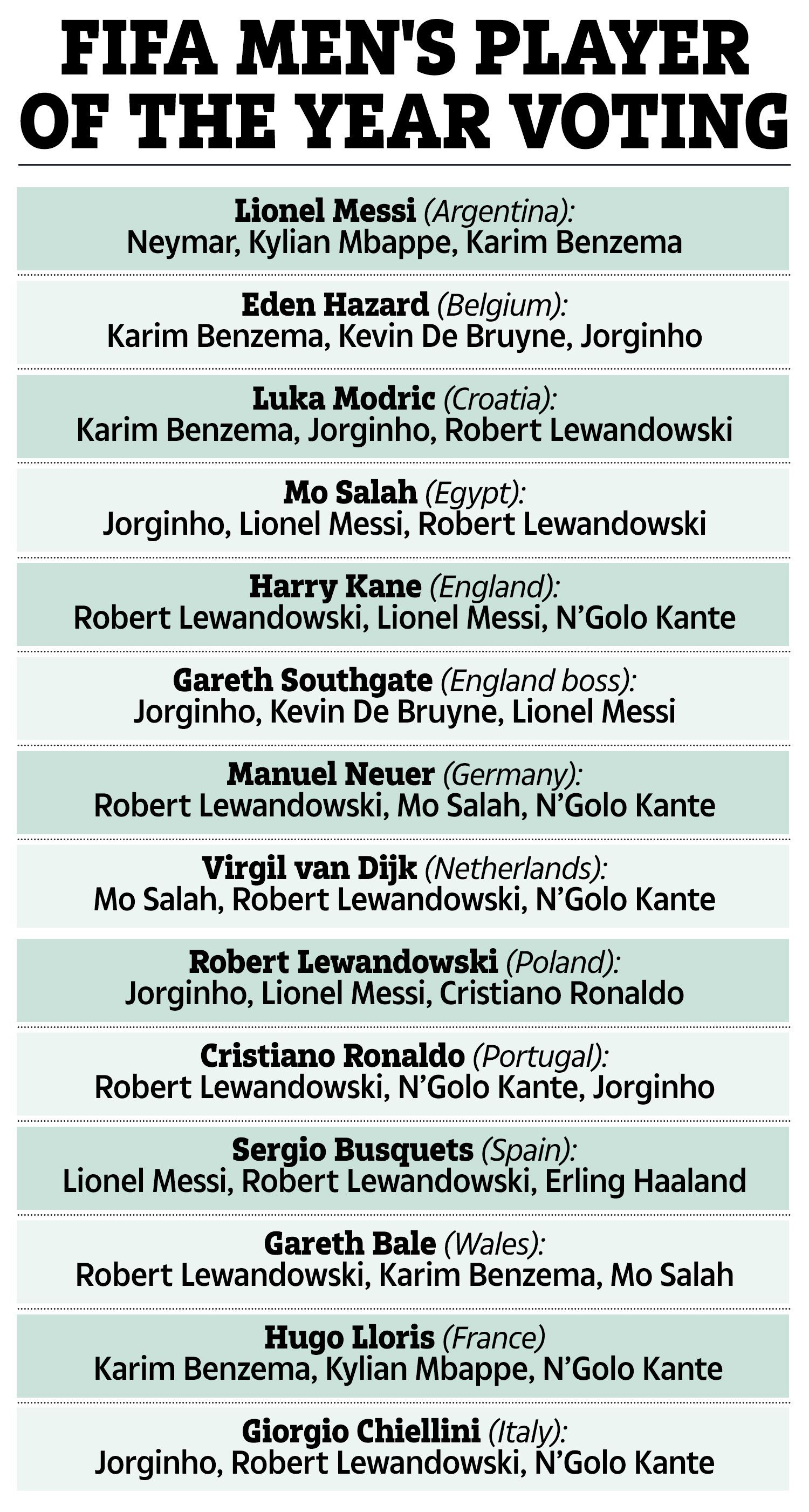 Bayern Munich striker Lewandowski scooped the prize after scoring 69 goals in all competitions over the last calendar year.

Those strikes helped the German side to both the Bundesliga title and DFL Supercup.

He pipped fellow final candidates Messi and Liverpool’s Mohamed Salah to award as he lifted it for the second-successive time.

As always, there were a number of controversial and strange choices as the three choices made by international managers and captains from around the globe were revealed.

And Messi’s were among them to be the most-discussed.

The Argentina superstar, 34, helped his country to Copa America success but it was his PSG club-mates that topped his picks.

Despite Neymar struggling with a number of injury troubles throughout 2021, he was still chosen as ‘The Best’ by his strike partner – even though the French club missed out on the Ligue 1 title.

Lewandowski's sensational form has continued into this season with the 33-year-old having bagged 34 goals in 26 appearances already.

Two-time winner Ronaldo and Benzema were among the candidates but neither made the shortlist.

In fact Ronaldo barely made anyone’s top three picks as he was snubbed by ex-Madrid colleagues Luka Modric and Gareth Bale. 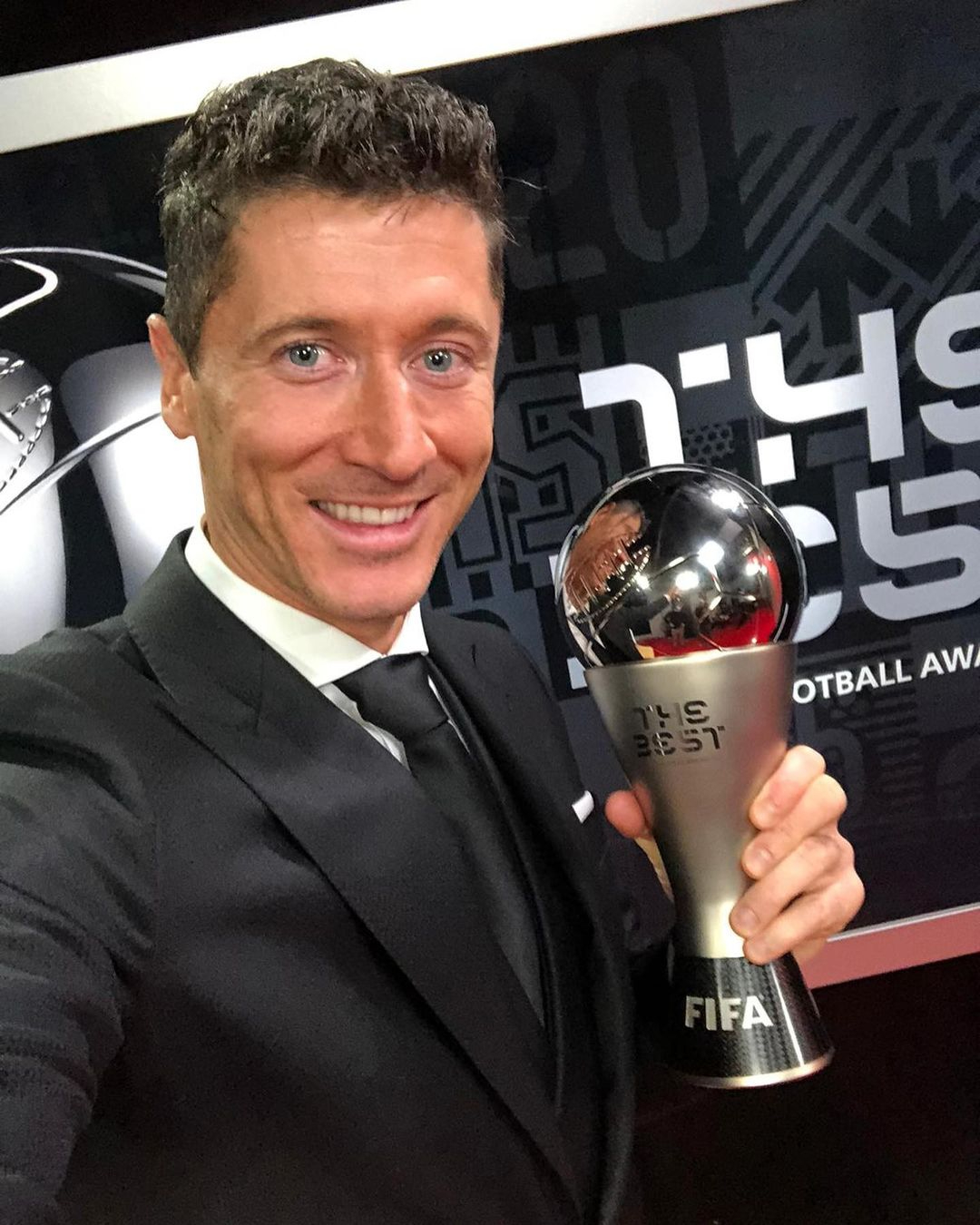 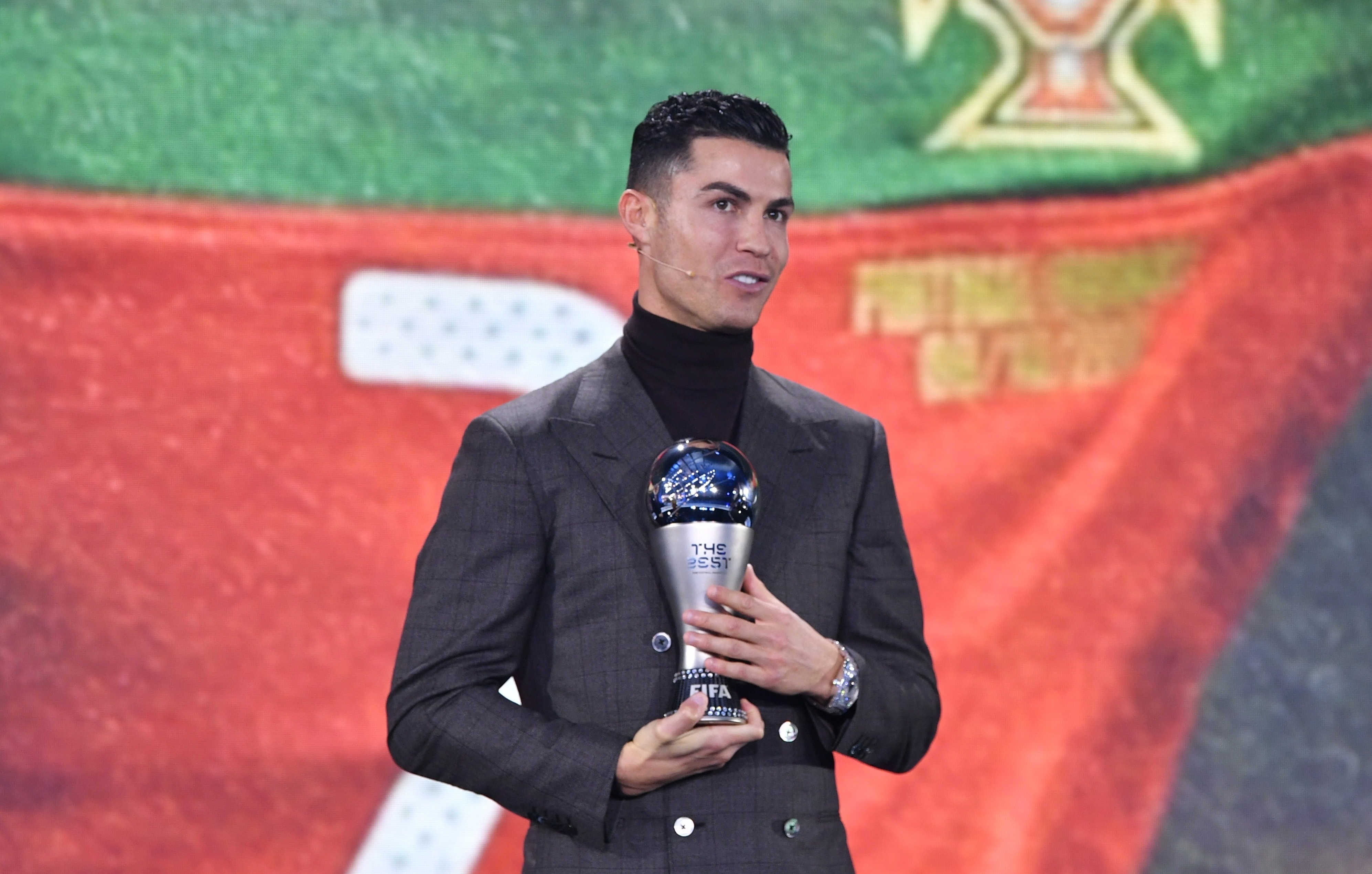