Indian captain Virat Kohli says that when you stand arm-in-arm with teammates on the MCG on Boxing Day before what he expects to be a crowd of 80,000 and officials say will be at least 70,000, and the national anthems play – both anthems, he stresses diplomatically – and you begin to steel yourself for the battle ahead, you know you're alive.

Live, lively and alive have been the animating adjectives in the prelude to this year's Boxing Day Test.

Thanks to Australia's hard-fought win in Perth, the Test match itself is live, in the sense that the series is still either team's for the taking. This has rarely been the case in Melbourne Tests in recent years. In its festive timeslot, no Boxing Day Test ever will be truly dead, but this year's has extra zest. Melbourne fans can be depended upon to be there, and Indian fans come in large numbers all over the world, so the first contest of this Test match might be vocal. "I'm hearing it's going to be a really big crowd," said Australian captain Tim Paine. "We'll outnumber the Indians … hopefully." 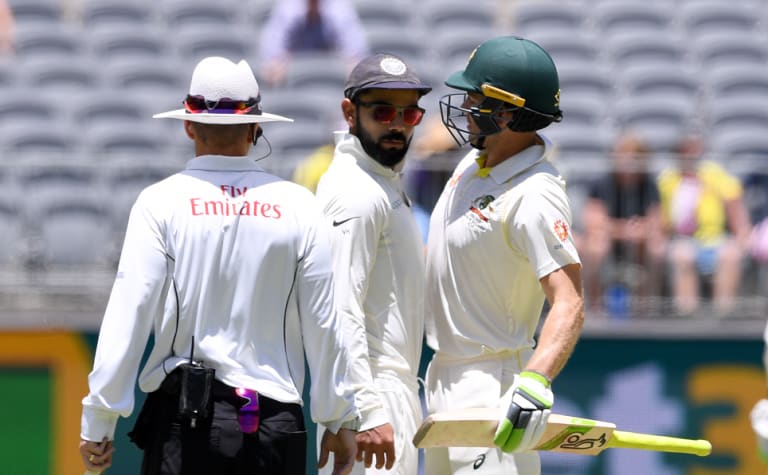 Also live, like an exposed wire, is the tension between Paine and Kohli. This has become the major subplot of the series. It should not be unduly emphasised, but nor can it be ignored. On Christmas Day, Kohli made the distinction between premeditated, calculated fire-lighting and the sparks that are bound to fly anyway in the amped-up atmosphere of a Test match. "We're definitely not trying to find things to talk about," he said. "Tim and I both understand what happened [in Perth]. We both don't want to do something unnecessary. We both want to lead our teams well."

Whatever Kohli, Paine and their charges say, we will hear it, because Test cricket this summer has been live to air as never before. In Sri Lankan author Shehan Karunatilaka's entertaining 2011 novel Chinaman: The Legend of Pradeep Matthew, tunnels are used to bug the pitch at a cricket ground in Colombo. Now life is imitating art as broadcasters tune in for minutes at a time to the audio from stump microphones, unmediated. Cricketers previously were as children, seen but little heard. No more.

It is a topic if not yet an issue. It has made a cult figure of Indian wicketkeeper Rishabh Pant and his high-pitched exhortations, but it also brought to us all of Paine and Kohli's crossed (s)words in Perth, and a contretemps between two Indians. More than others, Australian cricketers cannot help but be aware that their every movement is being watched and now their every word is being listened to, and this must automatically inhibit them.

Veteran broadcasters say that an open mic acts on them like a mother, giving them pause before everything they say, and it may be that open stump mics give us merely well modulated cricketers biting their lips. In Perth, evidently and gratifyingly, muted tongues did not mute performance. But again in Melbourne, we will be all rabbit ears.

The liveliness of the contest and the conversation will be governed as always by the life in the pitch. Latterly, that has been problematic for the MCG as lifeless pitches have produced high-scoring but dull contests, tapering away to draws in the Ashes last year and when India last visited. Sheffield Shield matches, too, have tended to the soporific. 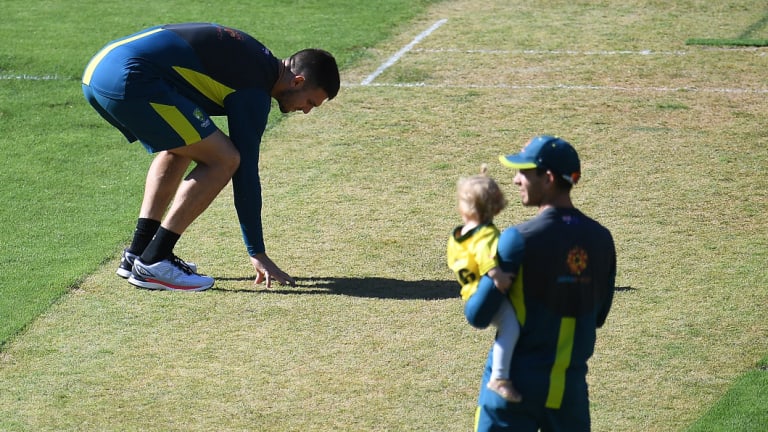 The first two matches of this rubber in Adelaide and Perth were played on dynamic pitches and were better for it. Scoring has been relatively low – no team has made more than 326 – and the two centuries, both by Indians, were memorable for their rarity. Kohli hoped for a similar pitch at the MCG and said he thought a mat of grass would provide encouragement for bowlers through all five days. Paine was less convinced. "I don't think it will play drastically differently to the last few years, though it looks different," he said. "Grass here can be deceiving. It's looked worse than it's played at times."

Kohli's yearning for a bouncy pitch is an insight into the lively mind of the world's best batsman. "As a batsman, if at any stage you're hesitating about the pace and bounce, you're definitely going to get hit," he said. "It's hardly technical. If you're convinced in your mind that you can do it, your body starts reacting accordingly. It's 80 per cent mental and 20 per cent technical."

Kohli rejoiced in the "lively atmosphere" of Melbourne at Christmas, and projected anything but villain at the end of his press briefing as he turned to wish journalists "Merry Christmas". Paine came to his Christmas Day press conference with a full complement of family, including two tots; you could say that the Australian captain knew he was alive. It has been a tortured and torturous year in Australian cricket, but for the survivors, now with a winning notch on their belt, as Boxing Day dawns, the sense is: what a time to be alive. 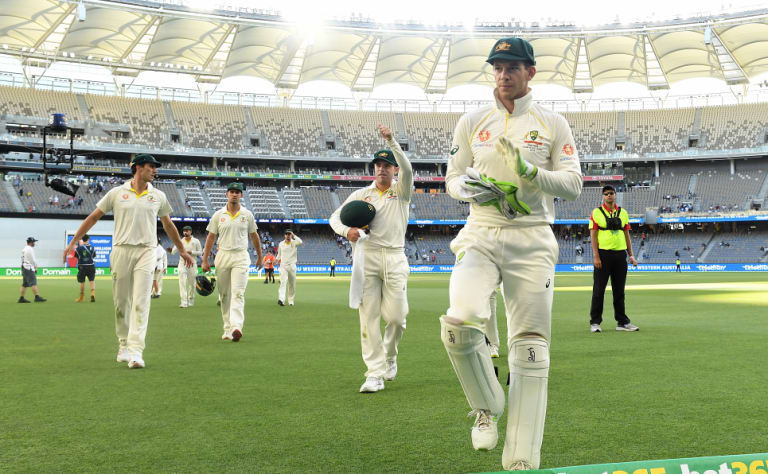