The bid to reach the knockout stages of the Champions League reaches its climax this week with Inter Milan, Paris Saint-Germain and Liverpool among seven clubs sweating on securing one of the remaining four places in the last 16.

The matches, scheduled for Wednesday morning (AEDT), include a number of blockbuster encounters as Liverpool hope for one of those magical European nights at Anfield against Napoli in Group C, while Inter will be relying on Group B winners Barcelona to do them a favour and see off Tottenham Hotspur. 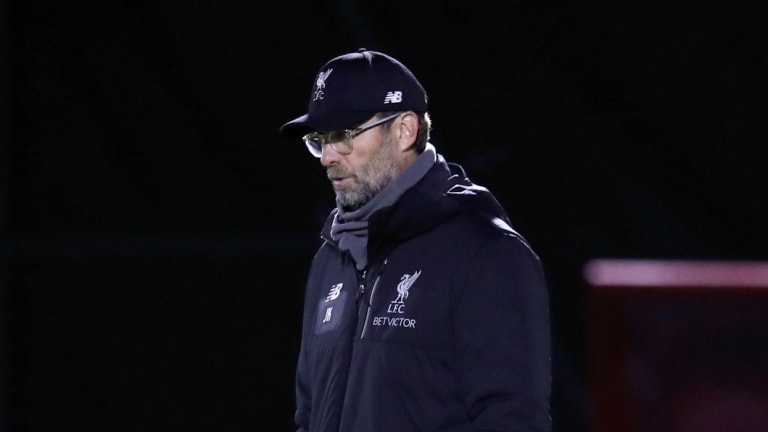 Crunch time: Jurgen Klopp’s Liverpool must beat Napoli to have a chance of progressing.Credit:PA

Jurgen Klopp's Liverpool, sitting third in the group on six points behind PSG (eight) and leaders Napoli (nine), must win to have any chance of progressing, while the Serie A side need just a draw at Anfield to guarantee their spot in the next round.

Napoli could even lose and still go through if PSG lose to Red Star Belgrade.

Should Neymar and company prevail in Serbia, Liverpool would need to win 1-0 or by two goals or more to pip Napoli on head-to-head record. Liverpool's Egypt striker Mo Salah certainly looks capable having scored a superb hat-trick at Bournemouth in the Premier League on Saturday.

If Napoli, PSG and Liverpool all finish on nine points, the Merseyside club would finish top with second place determined by the scoreline at Anfield.

A group stage exit for PSG would be humiliating for new manager Thomas Tuchel given the club's Qatari owners' desperation to see the French champions conquer Europe.

They have reached the knockout stages of the Champions League in every season since 2012-13, but have never gone on to reach the final.

After claiming one point from their first three matches in Group B, Tottenham looked out of contention before consective wins against PSV Eindhoven and Inter mean they head to the Nou Camp in second place knowing a win will guarantee them a place in the last-16 for the third time.

Luciano Spalletti's Inter side, level with Tottenham on seven points but below them on head-to-head, lost 1-0 to Serie A leaders Juventus on Friday but will be heavy favourites at home to bottom side PSV who have just one point from seven matches in the Champions League this season.

Tottenham lost 4-2 against Barcelona in the home leg at Wembley, but may have an advantage in the fact Barca have already qualified as group winners and may take a leisurely approach as they wind down for the mid-season break.

Mauricio Pochettino's team also do not necessarily need a win, as merely matching Inter's result will do.

Then on Thursday (AEDT), Lyon and Shakhtar Donetsk face each other in the final showdown for a last 16 place in Group F.

The French side sit second on seven points, two ahead of the Ukrainians and so only need a draw to qualify. 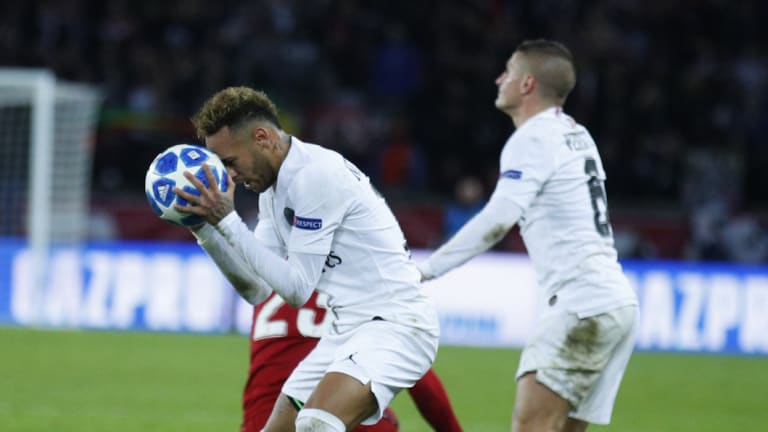 Failure to qualify would be a huge blow to Neymar and PSG.Credit:AP

Shakhtar must get maximum points to seal their fifth appearance in the competition's round of 16.

However, only Barca, Porto and Real have clinched top spot in their respective groups.