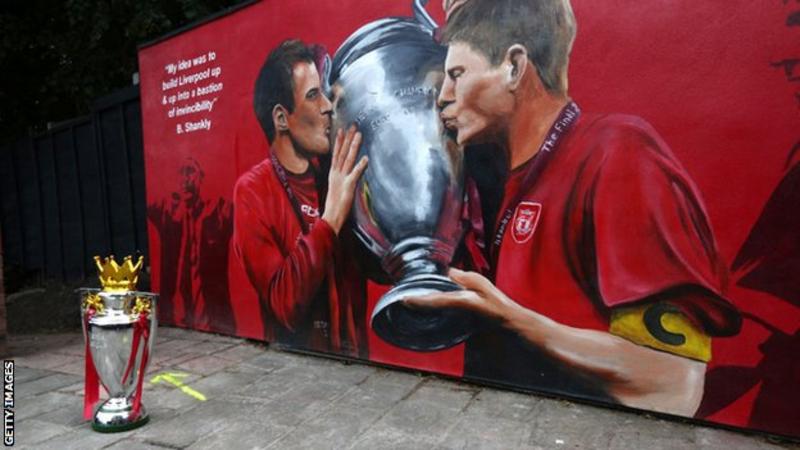 Liverpool will lift the Premier League trophy in a special ceremony on the Kop following next Wednesday’s fixture with Chelsea.

Jurgen Klopp’s team secured their first league title in 30 years in June but fans will not be at Anfield to watch the ceremony because of Covid-19.

It will be aired for free on Sky’s Pick channel in the UK.

Henderson – who lifted the Champions League trophy last season – will be the first Liverpool captain to lift the trophy awarded to the English champions since Alan Hansen in 1990, despite his season being over because of a knee injury.

Henderson and his team-mates will receive the trophy on a podium surrounded by banners made by fans and built in the middle of the famous Kop Stand.

The club has urged fans to “stay at home to enjoy the ceremony” in light of the ongoing measures in place to safeguard against the spread of coronavirus.

“With supporters unable to attend the behind-closed-doors fixture, the historic occasion will involve a unique presentation designed to acknowledge and celebrate Liverpool fans,” the club said.

In the aftermath of Liverpool mathematically sealing the title, fans gathered at Anfield despite being warned it was not safe to do so.

Fans also gathered at the city’s waterfront the following evening and faced criticism from both the club and the city’s mayor Joe Anderson.