The New York Giants’ quarterback situation appeared to be more clouded after Sunday’s 20-9 loss to the Miami Dolphins.

Daniel Jones missed the game with a neck injury and is reportedly set to miss Week 14’s game against the Los Angeles Chargers. Mike Glennon, who started against Miami, suffered a concussion during the game and may not be able to play against the Chargers. Jake Fromm, a second-year player out of Georgia, is the lone healthy quarterback on the roster it appears. 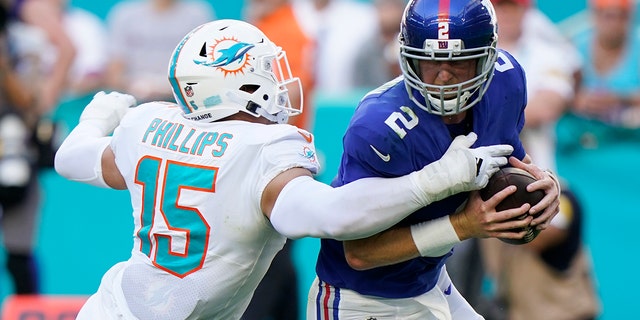 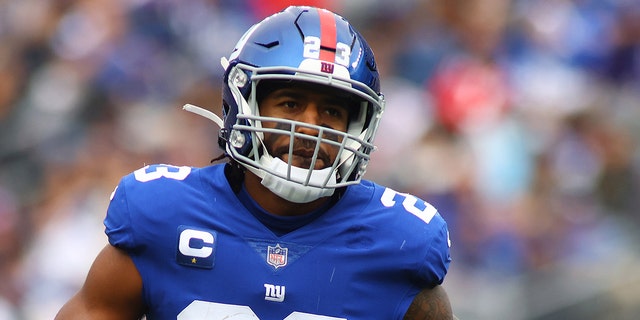 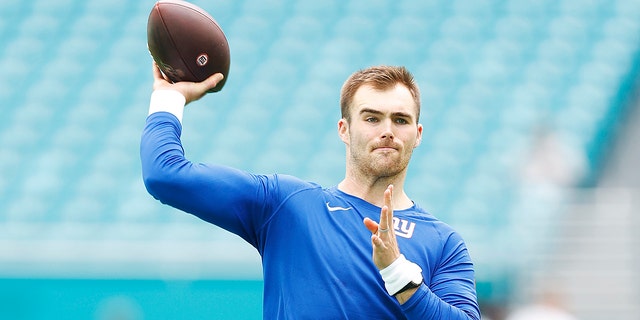 MIAMI GARDENS, FLORIDA – DECEMBER 05: Jake Fromm of the New York Giants throws a ball during warm-up before the game against the Miami Dolphins at Hard Rock Stadium on December 05, 2021 in Miami Gardens, Florida.
(Michael Reaves/Getty Images)

Fromm was on the active roster as a backup to Glennon just in case of an injury during the game. The former Buffalo Bills quarterback was praised earlier in the week by Glennon for helping get him prepared for the Dolphins.