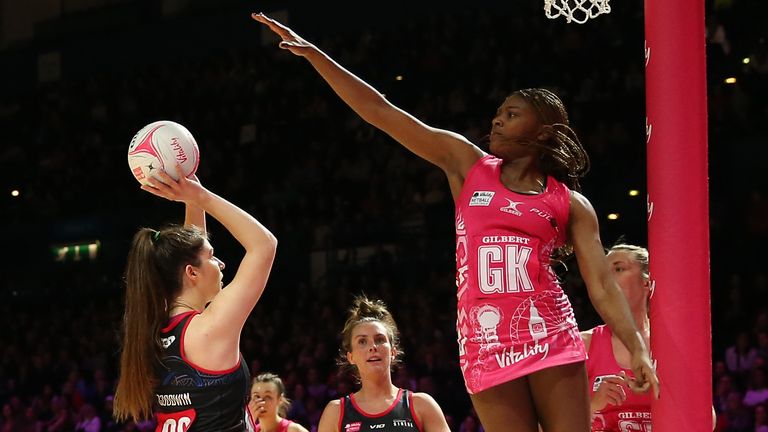 London Pulse are continuing to grow their culture despite not knowing when or in what form the Vitality Netball Superleague will take when it returns in the future.

The competition’s newest franchise commenced their second season this February with a wealth of new players and a new head coach at the helm, Samantha Bird.

Bird, who is also the England A head coach, is known within the sport for bringing groups together and developing unified teams.

Her intricate knowledge of the upcoming talent in the country assisted her in creating a squad at Pulse that’s filled with youth and then boosted by the right level of experience. The proof was them delivering three victories from three matches before the suspension of the new season.

“The players really enjoy being part of the club, they’re really enjoying what the club is offering, each other’s company and the challenge,” Bird said exclusively to Sky Sports.

“I think when you’ve got happy and motivated players, they perform well. I think that shone out in the performances [we had] and that’s what we’re going to try and keep doing.”

As soon as it was clear that the situation regarding coronavirus was escalating in England, Bird made sure that her foreign players had time to decide what they wanted to do. Two have returned to New Zealand whilst Sigi Burger and Adean Thomas have stayed in England.

“It was important to get them to be able to relocate before the further restrictions happened,” Bird noted. “So that everybody was in a good place and is as safe and as happy as they can be.”

It’s Monday and another great training session with @DanielLavipour under the belt for the squad #GunShow pic.twitter.com/jmhDeptP2u

With her players being situated in different parts of England, and the world, Bird and her management team have set about supporting them as completely as possible.

“We train together at the same time every day [via ZOOM],” she said. “Knowing that I’m going to be able to see the squad is great and it just helps to lift everybody.

“We’ve gone back to a pre-season eight-week programme. Our S&C lead Dan Lavipour has set it so we alternate between strength sessions and conditioning sessions each day so that the players aren’t getting too fatigued.

“On top of that, they’ve got a wall-work programme, a shooting programme and we’ve given them a rehab programme as well. Lots of athletes normally have niggles which they play through during seasons so we’re giving them a chance to use this time to finally settle them.”

In addition to ensuring that players stay as fit as they can, and connect during training time, Pulse’s WhatsApp group is constantly pinging with messages and the TikTok charge is being led by Burger and Thomas on the dancing front!

For the head coach it’s not just about staying on top of everything related to players’ athletic capabilities though. It’s also about continuing to support them in other aspects of her lives – this is something she has always done and her younger players in particular spoke about during pre-season.

“We’ve set up welfare calls on a rota with our players, so I speak to three of them every evening to check in,” Bird said.

“As you can imagine there have been lots of different things that have been worrying athletes; some are at university, some are worried about their jobs, Monique [Thompson] is a healthcare worker and some are studying. 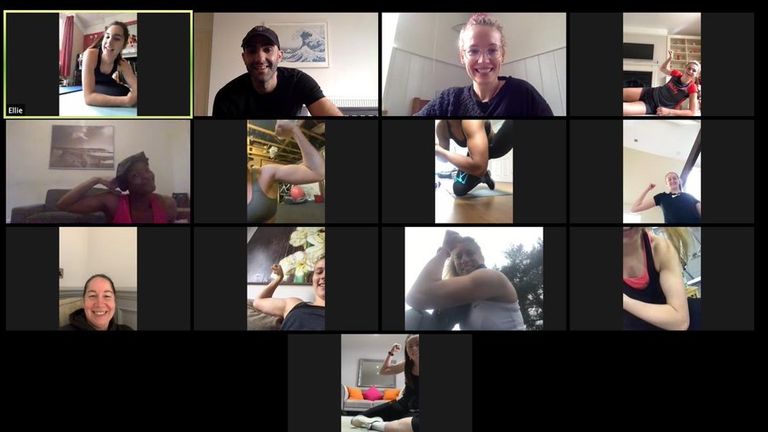 It’s a genuine passion of mine to be supportive of my players, I care about my players and it’s even more important to be able to support them at the moment.

The head coach is doing all of this to support her players whilst being part of a busy family unit with her husband, mum, two children and two dogs all living under the same roof right now.

“Normally I have a dog walker and I didn’t want to stop paying them, so I’m paying the dog walkers not to walk the dogs so that I can,” she said.

“I didn’t want to leave other people short and it’s things like that I believe you should do the right thing when you can.”

Monopoly, Risk and teaching the children a game or two with a deck of playing cards are all on the agenda within the Bird household as well as keeping her wider netball family, happy and content.

“I think the culture that we’ve been able to put in place [at Pulse] and the positivity that we have amongst the group is just growing really. We’re using this time for that to continue to grow and enjoy being part of the club.

“Every player I coach and work with, I want them to reach their potential for their own sake. There are a lot of very ambitious athletes with our group and I want them to try and reach the highest honours that they can.