PASADENA, Calif. – A lucky group of actors will be heading to Middle Earth.

Amazon announced Tuesday the preliminary casting for its forthcoming “Lord of the Rings” TV series, an ambitious project that will draw inspiration from J.R.R. Tolkien’s classic books.

Since announcing it had acquired the rights to make a “Rings” TV show, the streaming service has been mum on details about the fantasy epic. To help keep all  Tolkien fans, devoted and casual, in the loop, we rounded up everything we know about the series, even if we’ll have to wait for longer than it took Frodo to walk to Mount Doom to see it. 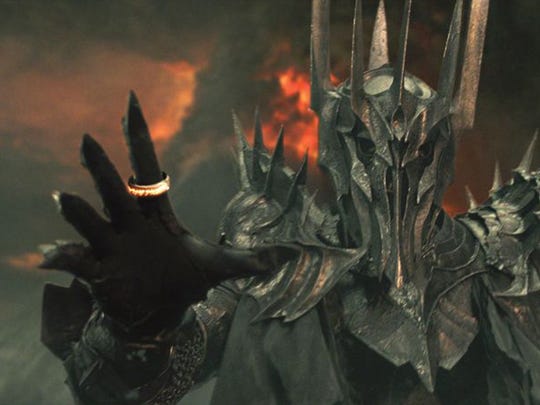 Sauron in "The Lord of the Rings: The Fellowship of the Rings." (Photo: Courtesy of New Line Cinema)

When will the series debut? Is it even called ‘The Lord of the Rings’?

Amazon is only starting production on the series (in New Zealand, of course) in February, so considering how high fantasy series with big productions and computer generated creatures take to make, it’s doubtful we’ll see anything in 2020. The streaming service also hasn’t confirmed a title, referring to it only as “a series based on ‘The Lord of the Rings.'”

What is it about? When does it take place?

The series is not a remake of the movies, or even directly taken from Tolkien’s books, but will include entirely new characters and events in Middle Earth. In the “Rings” timeline, the series is set long before the novels. The first season will be eight episodes.

Who is making it?

A diverse group of mostly unknown actors makes up the principal cast of the series, with more announcements to come. “Thrones” fans will see familiar faces Robert Aramayo, who played Young Ned Stark, and Joseph Mawle, who played Benjen Stark. See the cast so far in the gallery below.