A big star made his WWE comeback at Money In The Bank and there were three title changes at a chaotic event.

Brock Lesnar was the surprise return, making his way to the ring in the final moments of the men’s ladder match to prevent Ali from taking the briefcase.

His arrival came at the end of an enormously brutal match which saw Finn Balor take a sunset flip, a chokeslam and a suplex onto a ladder and Ali deliver a Spanish Fly on Andrade from a ladder.

The women’s match also saw a similar number of high spots, with Carmella requiring medical treatment after her ankle was caught in the steps of a ladder and Ember Moon delivering his Eclipse finisher off a ladder.

But the victory – and the briefcase – went to Bayley, and she wasted no time in cashing in her championship opportunity.

Becky Lynch overcame Lacey Evans in her first title defence, for the Raw crown, but Charlotte Flair immediately came out for her SmackDown shot and managed to topple the exhausted champion. 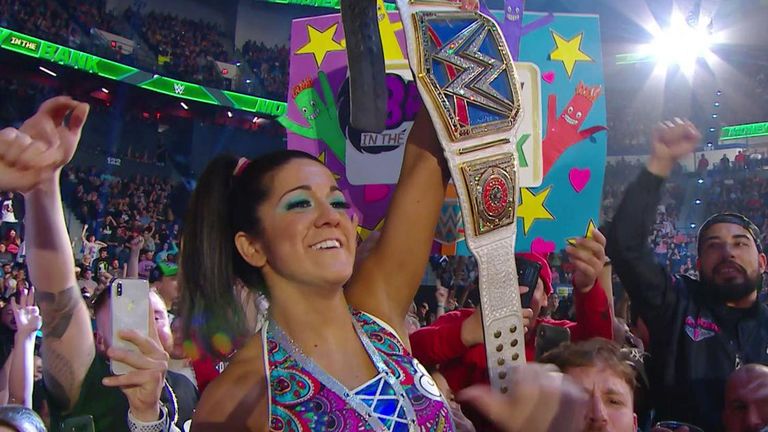 Evans rocked Lynch with a Woman’s Right and Flair then hit a Big Boot for the win and her ninth WWE title, with the pair then attacking Lynch after the match.

Bayley came out to make the save but, seeing Flair down, cashed in the briefcase and hit a huge elbow drop to get the victory and the SmackDown title which makes her WWE’s first female Grand Slam champion. 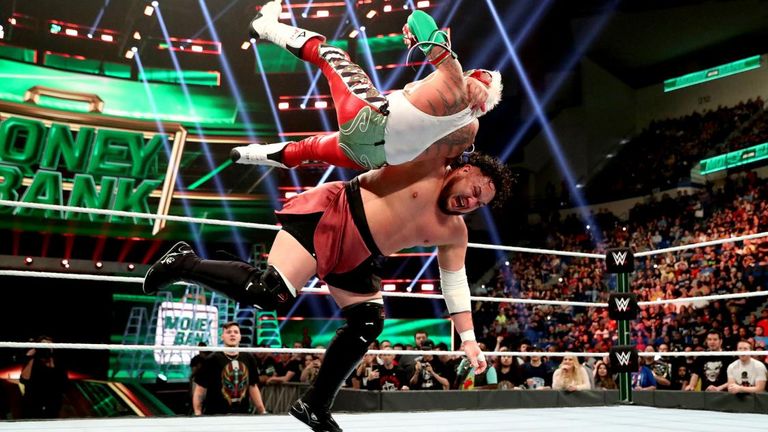 The third title change of the night saw Rey Mysterio capture the United States title from Samoa Joe in a quick match and one in which Joe suffered a broken nose.

Universal champion Seth Rollins made a successful defence of his crown in a superb match against AJ Styles, while Kofi Kingston retained the WWE title against Kevin Owens.