The 21-year-old was highly-rated at the Etihad but grew frustrated after only getting 15 appearances during his two-and-a-half years at the club. 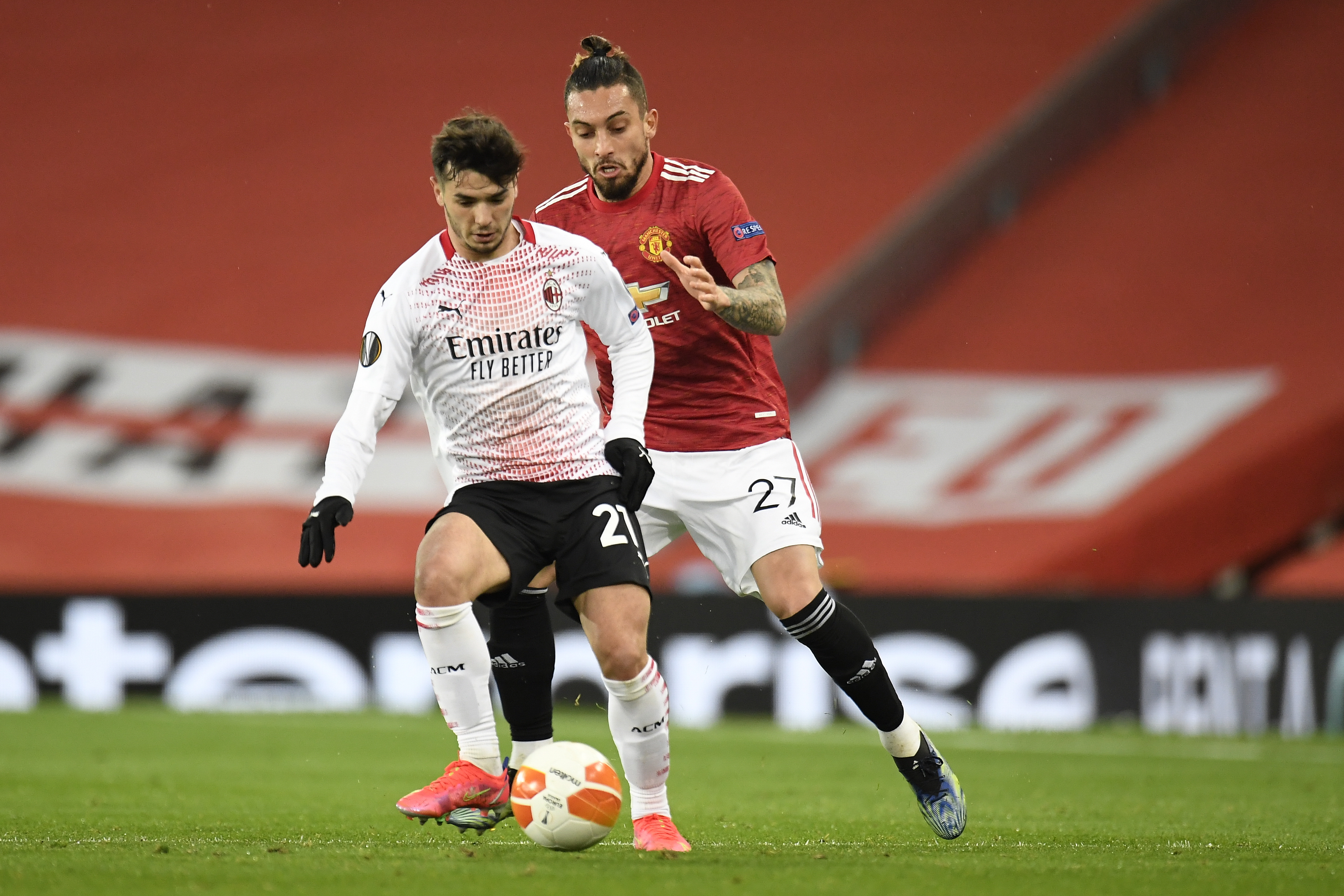 That forced City to cash-in on the Spaniard forward in January 2019 just six months before he could exit for nothing.

Madrid splashed out £15.5million for Diaz, who is now on-loan in Italy with AC Milan.

However, City did ensure that there was no chance of their ex-starlet going straight on to their neighbours.

Reports claim Etihad chiefs included a remarkable 'anti-Man United clause’ in the agreement to take him to Bernabeu.

That clause stated that Madrid would be liable to pay a 40 per cent sell-on fee if they were to let Diaz move to 'another Manchester club.'

Diaz featured just 21 times for Madrid in just over two years before he headed to Serie A and Milan last summer for a 12-month loan.

He has impressed so far as he helps Milan battle for both success in Serie A and Europe.

And last night he started against United at Old Trafford as the two clubs battled to a 1-1 draw in their Europa League last-16 first-leg clash.

Both City and Madrid representatives will have been watching on with keen interest.

It remains to be seen whether the ace will turn his switch to Milan into a permanent one come the end of the season.

He is still under contract with Madrid until 2025.