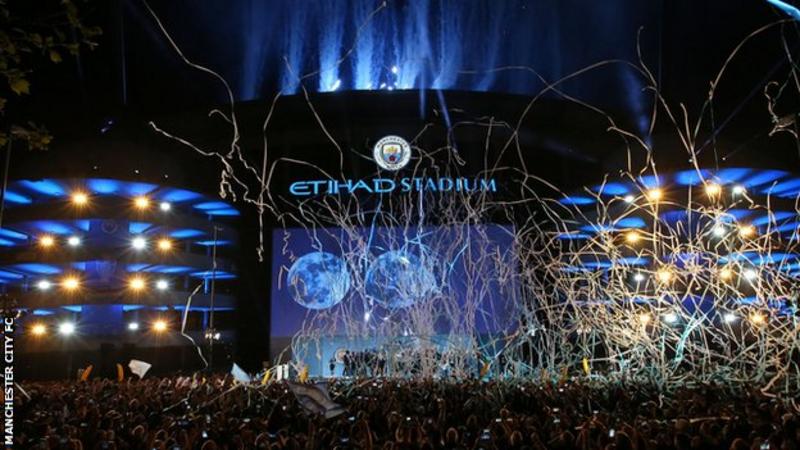 Manchester City’s players risk their futures at the club if they do not show the hunger to keep winning, says manager Pep Guardiola.

Guardiola’s City will become the first team to win the men’s domestic treble in England if they beat Watford in Saturday’s FA Cup final at Wembley.

“Every player has to feel they must play well or they won’t play,” he said.

“They have to feel they must win again or they will have problems, they are in trouble and won’t be here any longer.”

Guardiola, who has led City to the Premier League title and the EFL Cup this season, dismissed any idea he might be seduced by the Juventus job when it becomes available this summer.

Instead, he will seek to add to the five trophies he has won since arriving at City in 2016.

Guardiola goes into Saturday’s game with doubts over the futures of some of his senior players.

Captain Vincent Kompany is set to have talks with the manager next week, with neither party offering anything to suggest another contract will be agreed after a campaign the Belgian has ended brilliantly, but only after extended spells out of the team through injury.

“Vinny has shown again what he is able to do when he is fit,” said Guardiola. “It is top. When he is fit he is incredible.

“The problem is the period between November and February and March.”

Gundogan is about to enter the final year of his contract, a situation City routinely try to avoid with their players.

Sane has two seasons left on the deal he signed when he joined City for £37m from Schalke in 2016 but talks over an extension are yet to reach fruition. The player is known to be uneasy about the number of games he has started recently, and there have been suggestions of keen interest from Bayern Munich.

“We want him to stay,” said Guardiola. “We are one-and-a-half years trying [to get him] to sign his contract. You are not going to extend his contract because you don’t want him. It is the same as Gundogan.

“He’s been competing with [Raheem] Sterling and Bernardo Silva. It is not easy.”

Guardiola, whose team have collected 198 points in winning the past two Premier League titles, is not expecting to make many changes this summer.

There will be some, though, as he attempts to find success again in the Champions League, which he last won with Barcelona in 2011.

“Transfers are not easy and there won’t be too many [signings] but we have to do some, because people want to leave; players want to play when they don’t do that for a long period,” he said. “I understand that completely.”