Manchester City, humiliating their great rivals inside Old Trafford, are 270 minutes plus injury time from glory. 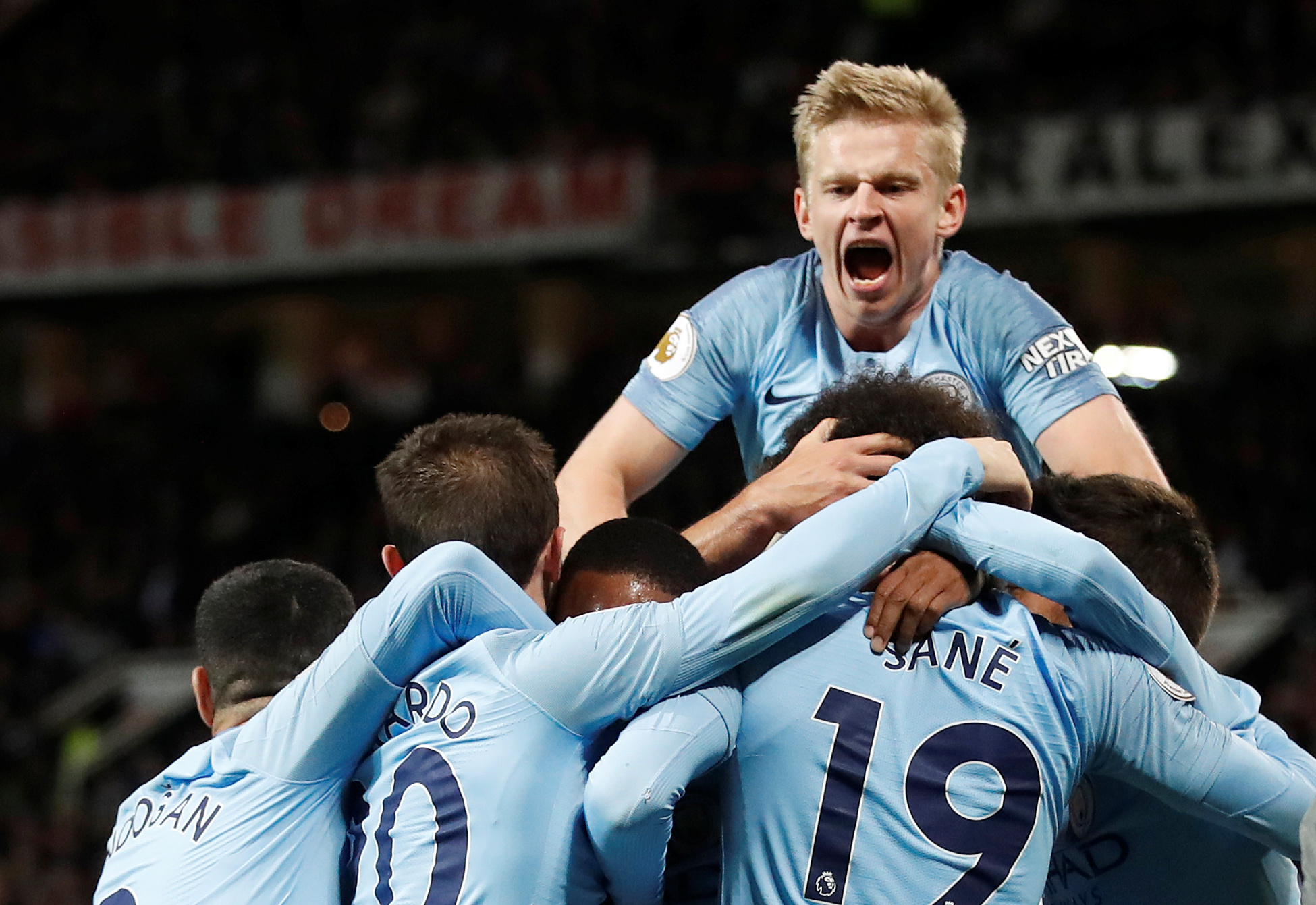 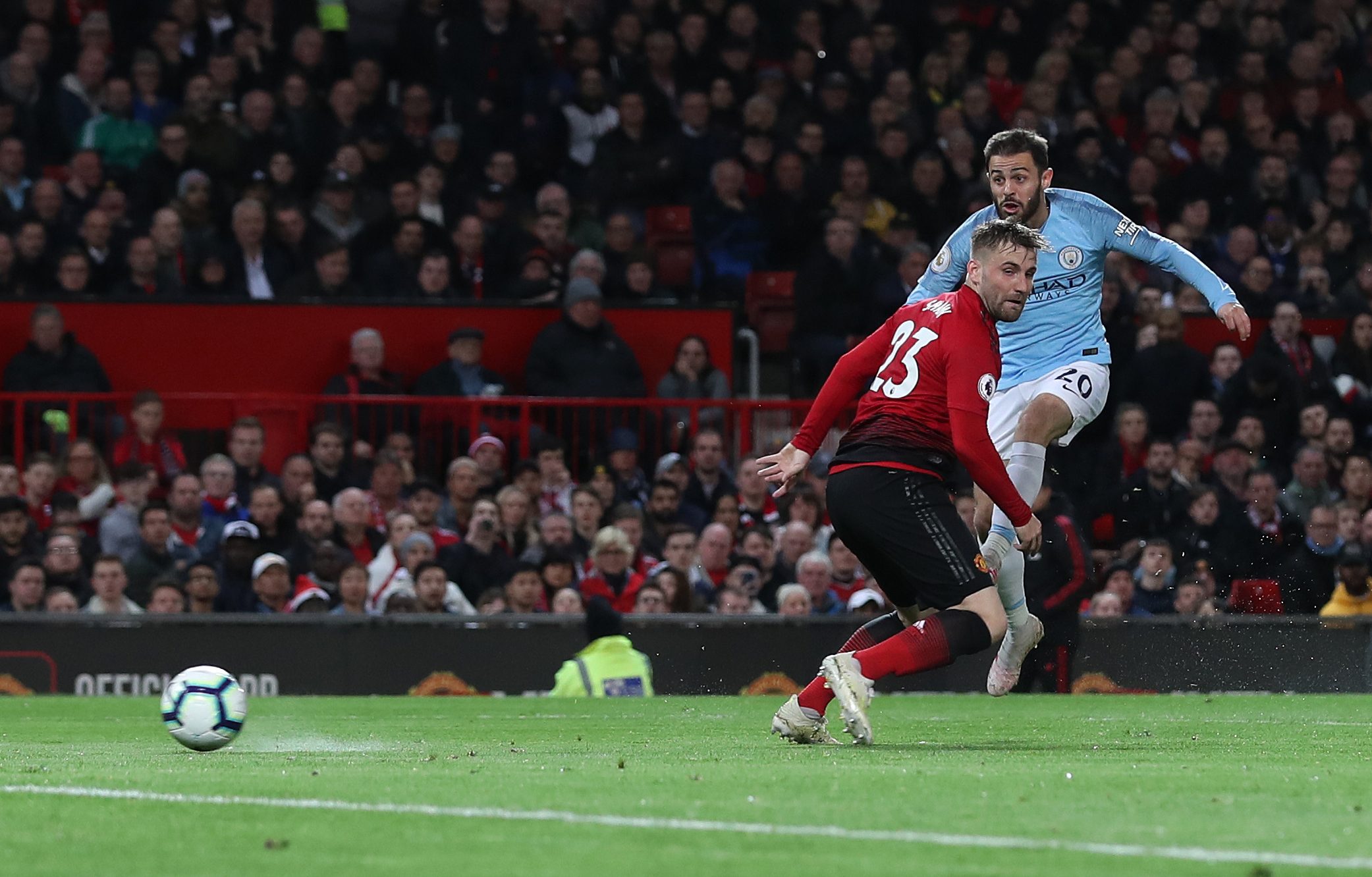 Burnley, Leicester and then Brighton, on the final day of the season, stand in their way of another Premier League title.

This was meant to be the hardest of the lot and yet it turned into an embarrassing, procession.

Manchester United: sort yourselves out.

They were crushed in a brutal 14 minute spell, when Bernardo Silva and Leroy Sane scored the decisive goals.

When Sane the Sub belted in the second, humbling Dave Saves at his near post in the 68th minute, United punters started streaming out.

"The wheels are falling off," chanted City's fans and it is impossible to disagree.

Lose at home to Chelsea on Sunday and they will be tearing up their season tickets down here.

This place is turning toxic.

City are streets ahead, bossing this for long periods with their trademark 70 per cent possession before Bernardo got them up and running in the 54th minute.

The frenzied celebrations were telling. 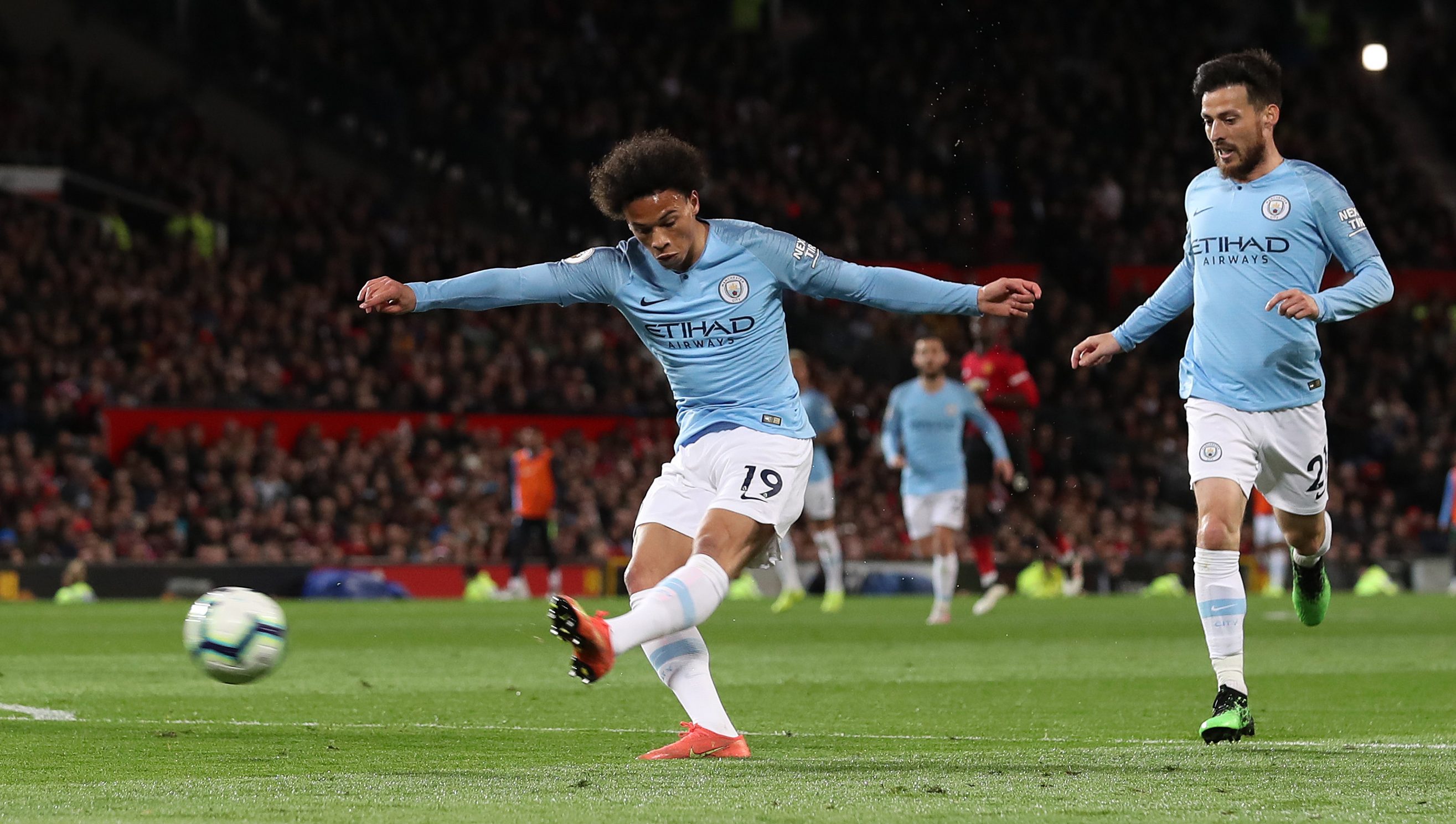 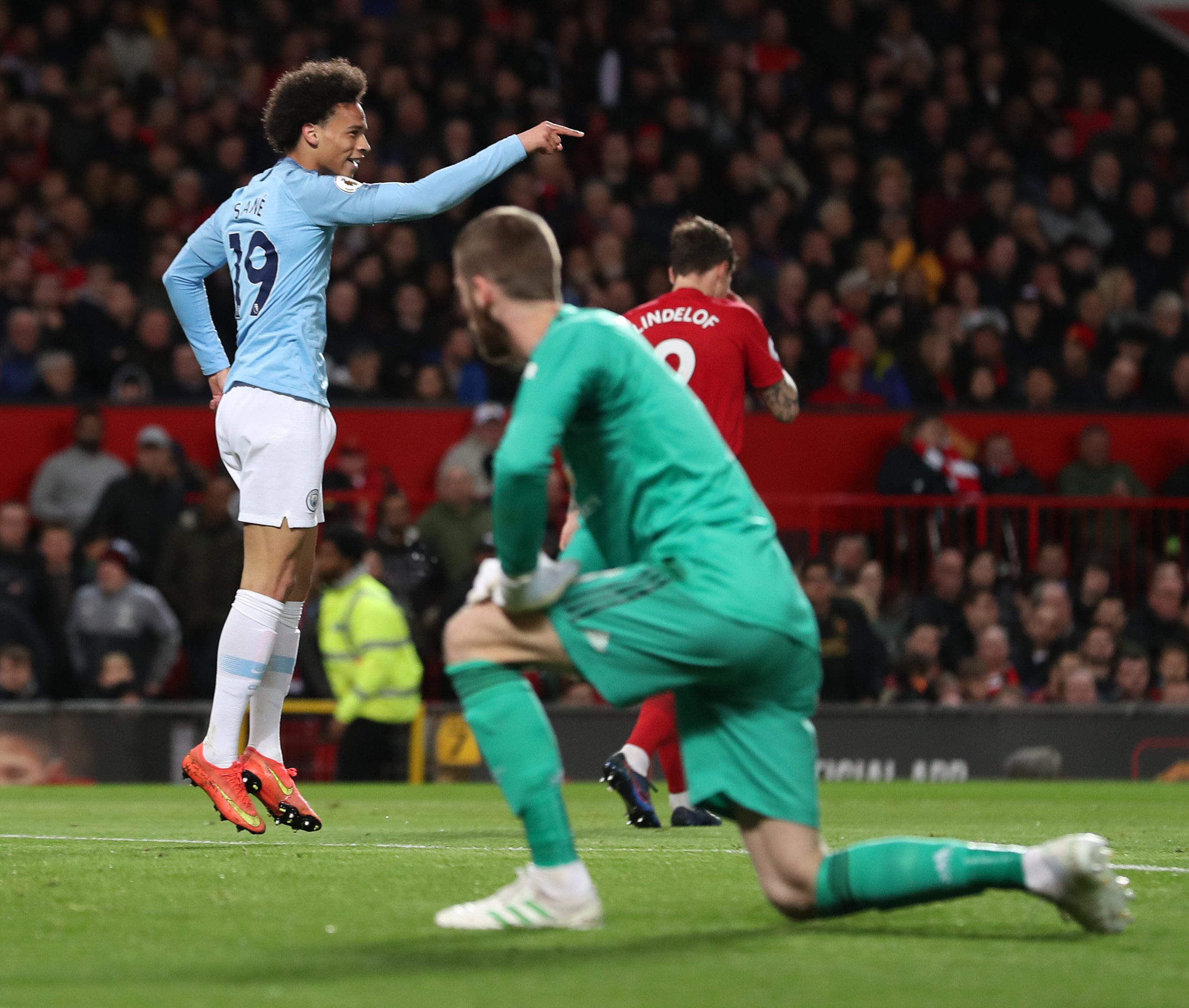 City’s players were sprinting towards the away end, soaking it all in after Bernardo smacked his effort beyond Dave Saves.

When Sane got the next, they rapturously sang “To the empty seats 2-0”. Says it all, really.

To lose like this at home, to be carted all over the place in the second half is pitiful.

When some raging Red buttonholes you at work today and says the dosh makes all the difference, nod your head in agreement.

A million bucks a week and that lot can’t get a game. Disgusting.

Out on the pitch the 11 starters gave it a decent go for a good 45 minutes before the inevitable.

They had to repel City’s constant attacks, trying to snuff out the endless meandering runs of Sterling, David Silva, Bernardo, Ilkay Gundogan and Sergio Aguero.

It was not pretty, with Matteo Darmian aimlessly punting the ball upfield with nobody particularly in mind in the opening minutes.

Everybody was scared of the outcome.

A win or draw for United meant Liverpool would be 270 minutes plus injury time away from the Premier League tite.

To watch United with five at the back at home, to surrender possession so easily at the Theatre of Dreams, takes some getting used to. Needs must.

Three times in the opening five minutes they launched long balls somewhere within a 50 mile radius of Marcus Rashford. 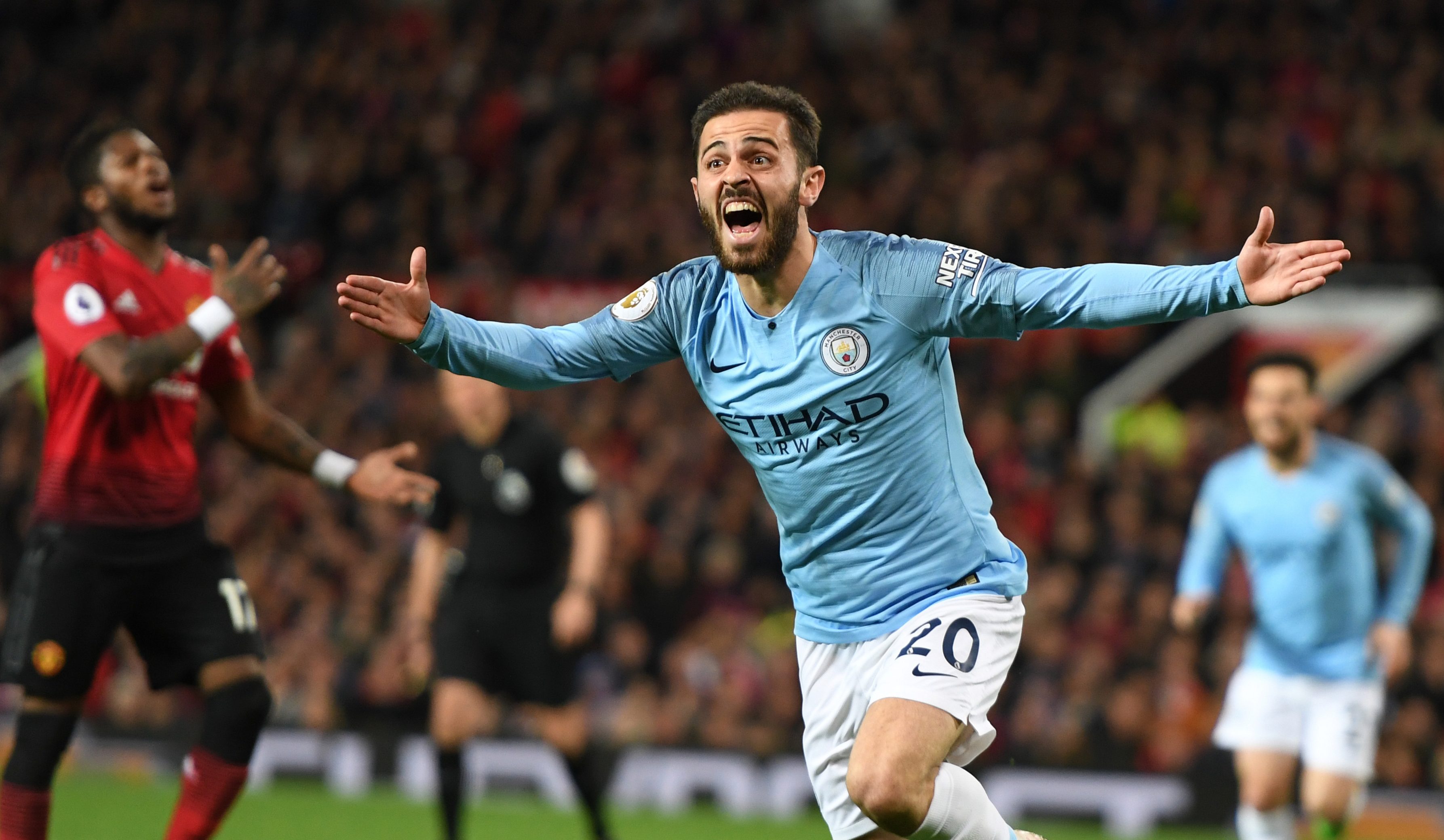 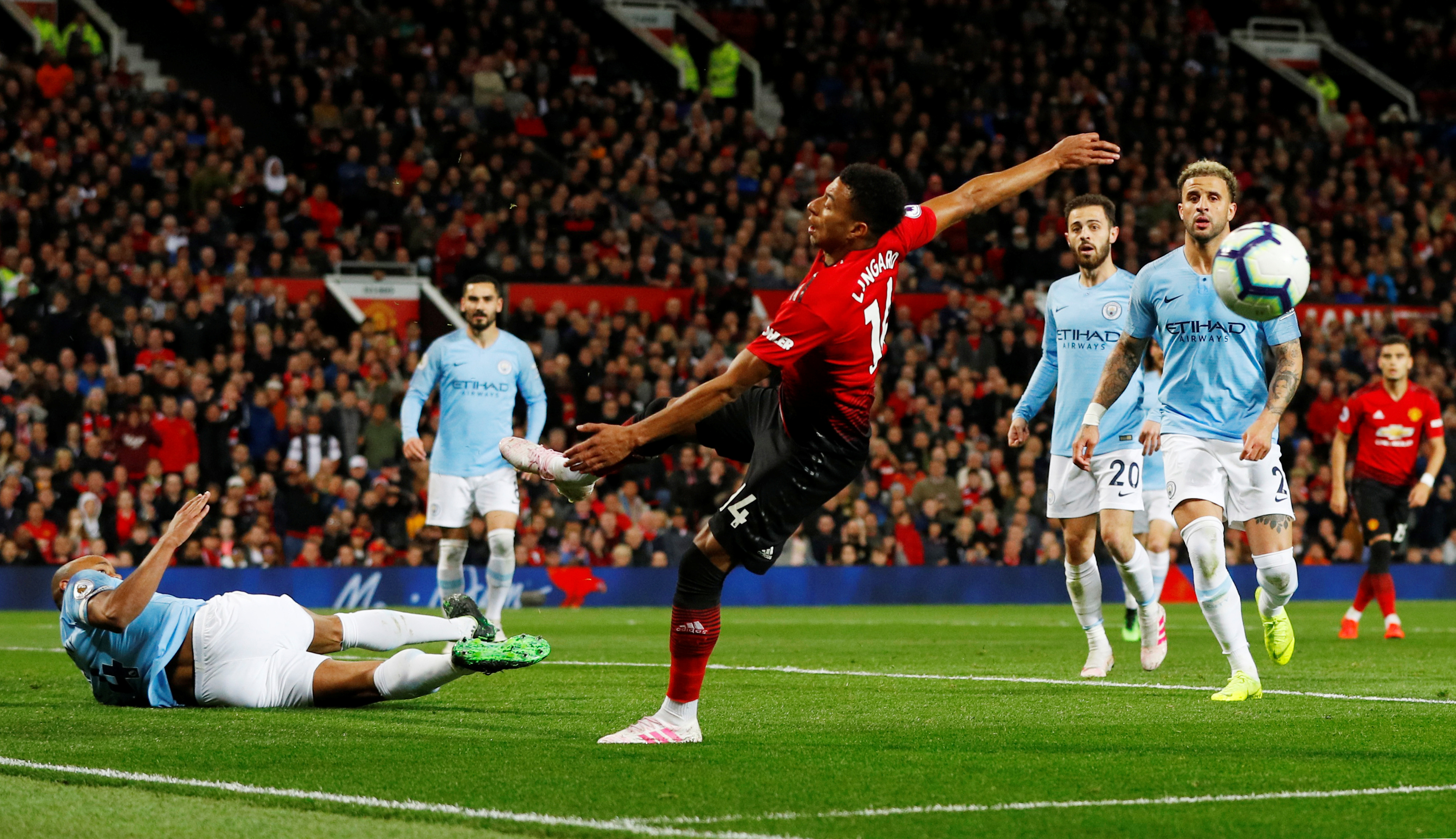 He enticed Vincent Kompany into his tenth minute booking, body-checking the United striker as he took possession.

It was a night for the willing workers, with the demand from Solskjaer to sweat out the 4-0 debacle at Everton.

Fred did not get the memo.

Where to start with the United midfielder?

The action just seems to pass him by, watching as Fernandinho, David Silva and Gundogan fizz the ball around his feet.

There are times when you think that if he just stretched out a toe he could stop another attack, but then the ball is gone and City are another 60 yards farther upfield.

The United shirt is not for him.

City were pressing for the opener, with Sterling (three times) and Bernardo denied in a dizzying opening half.

United had a go too, with Jesse Lingard steering a volley wide from a Pogba cross and Ederson came flying out to intercept Rashford.

Then there was the rough stuff, with Andreas Pereira nobbling Oleksandr Zinchenko midway through the half. 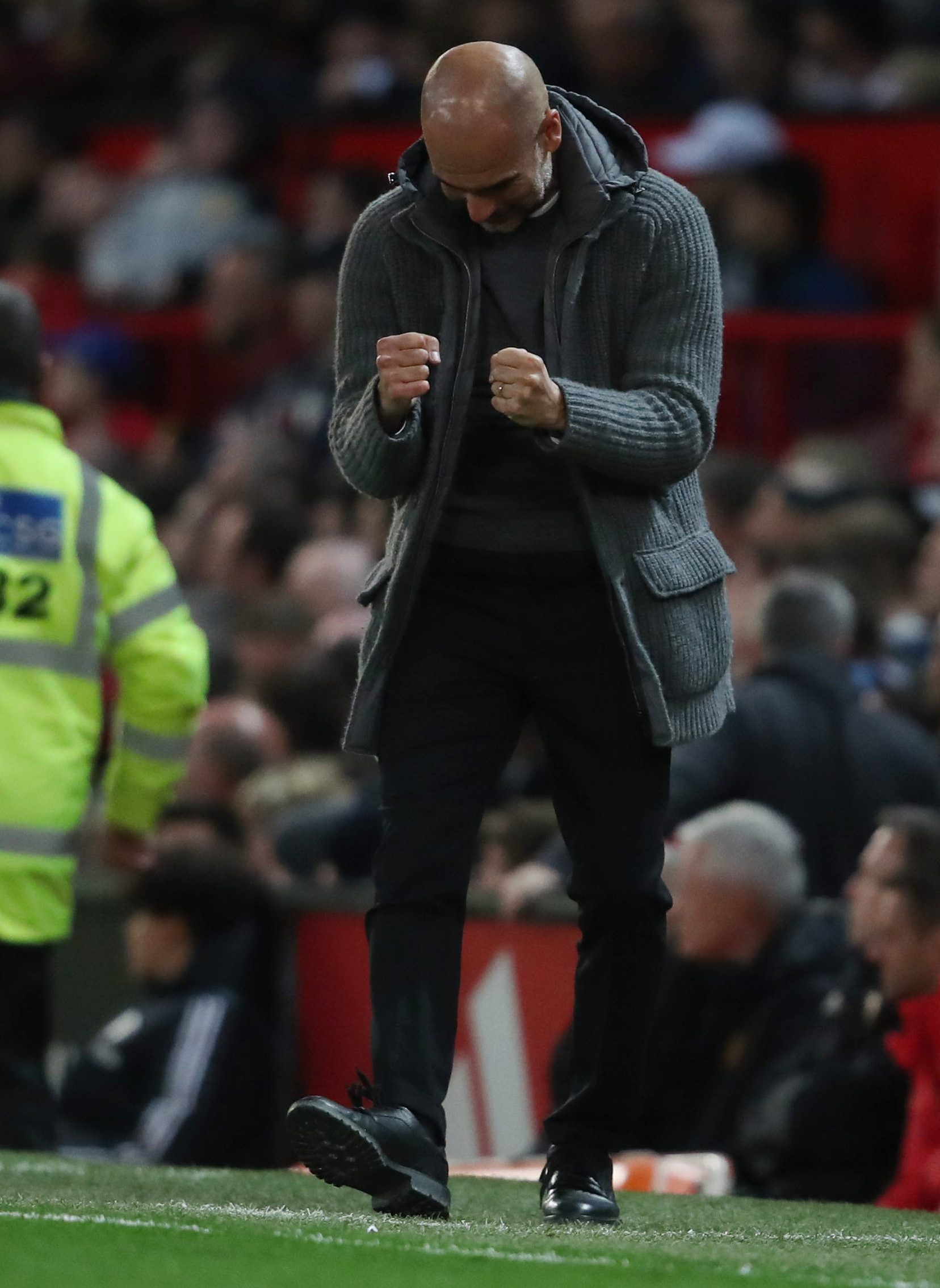 Zinchenko retaliated when he took out a chunk out of United captain Ashley Young.

City were busying themselves making changes at the start of the second half after Fernandinho went down injured.

Fernandinho, reluctantly making way for Sane, may have played his last game of the season.

What happened next changed the outcome.

Walker and Gundogan combined, making space for Bernardo to cut inside Luke Shaw.

He created just enough room to get a shot away, drilling it low beyond De Ge in the 54th minute.

United responded momentarily, with Lingard fluffing a volley at the back post when he had half a chance to get the level.

City stepped it up.

They made this game safe after 64 minutes when Fred the dreadful Red gave the ball away to Kompany on the edge of the City area.

Seconds later, via the electrifying run of Sterling and his laser-guided pass, Sane had the ball in the back of the net.

When they play like this, keeping United at arm’s length inside their own stadium, you wonder whether they will ever be rivals again.

Chances are, it will never be in our lifetime. 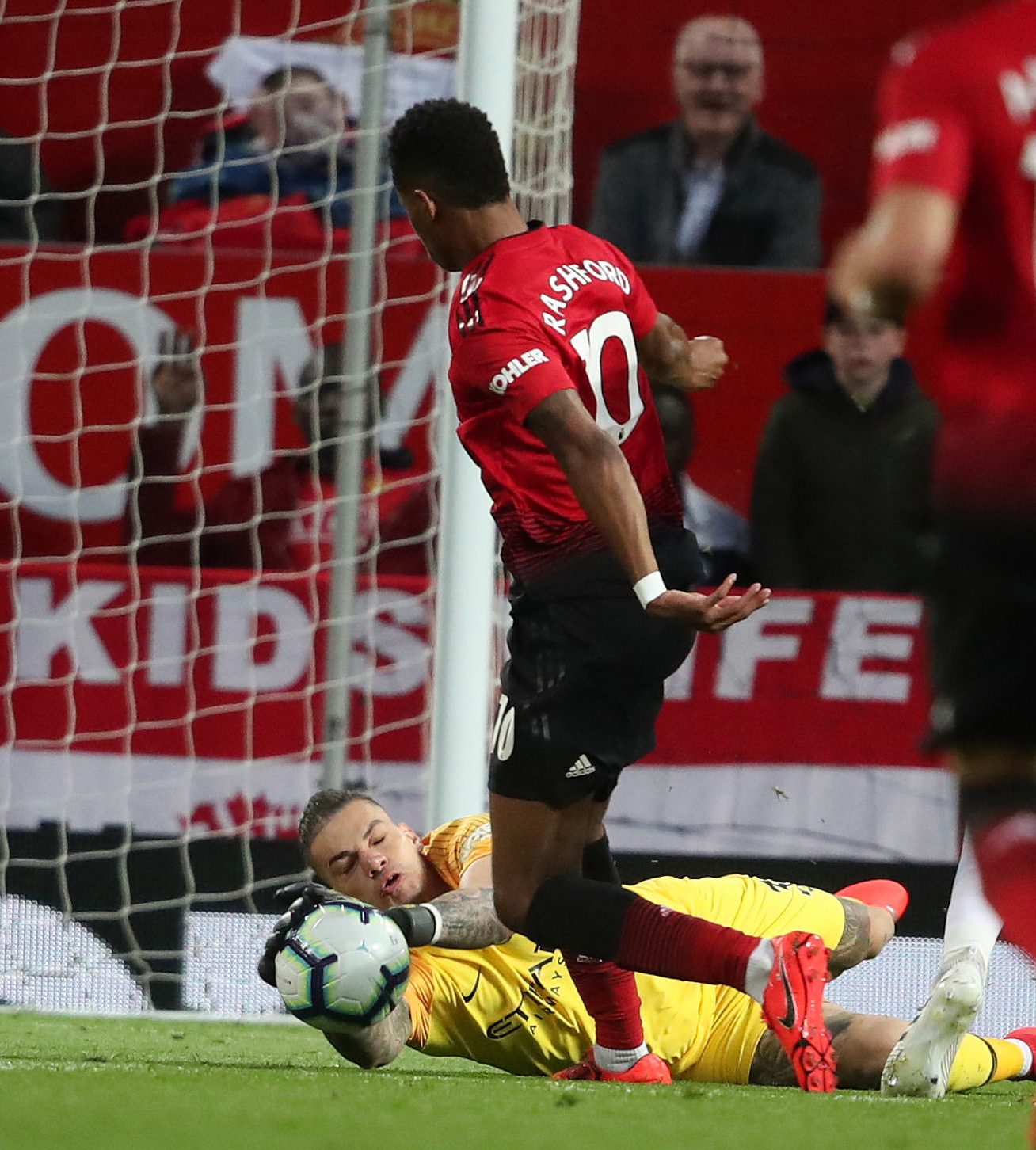 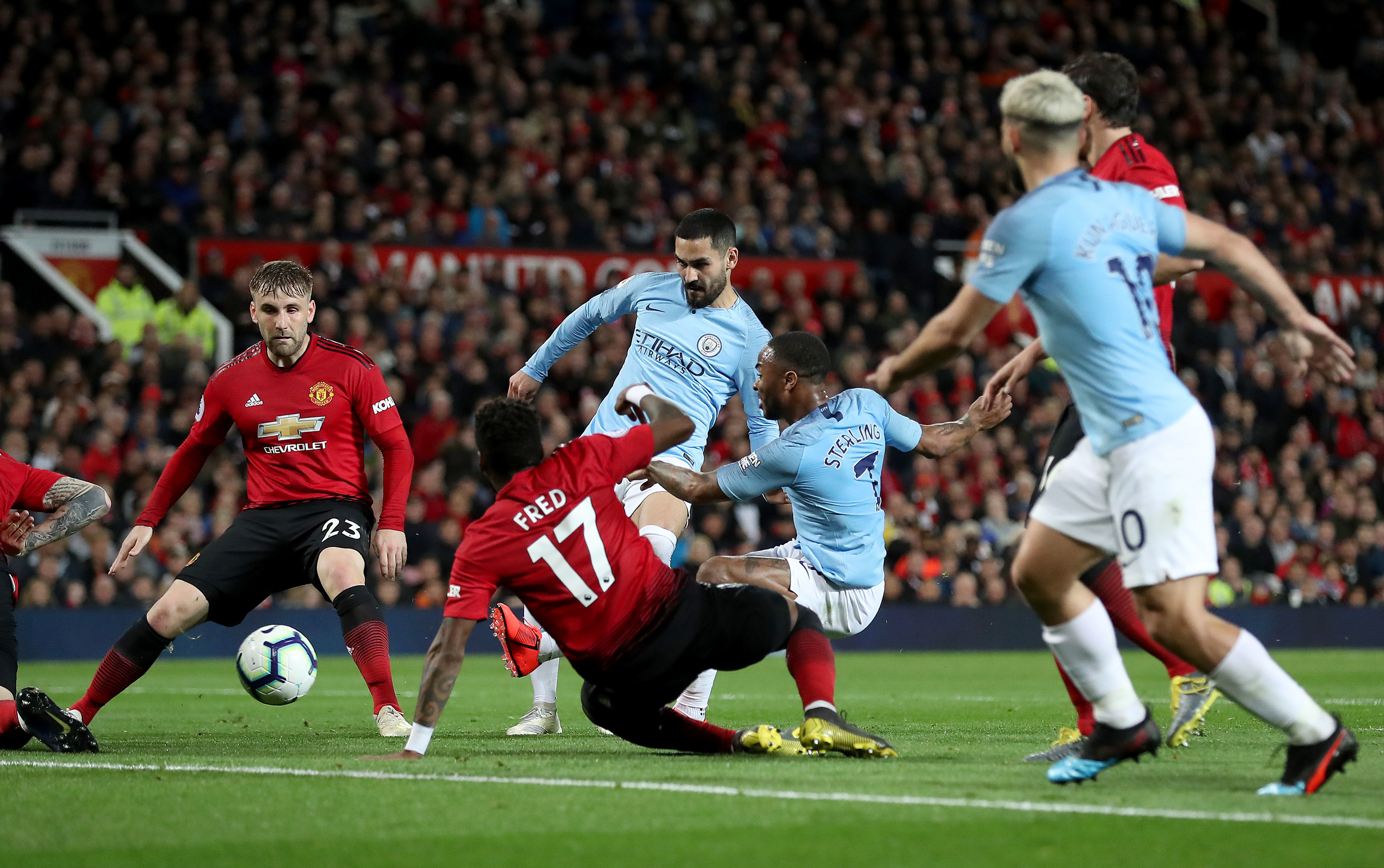