An Ella Toone brace was among the goals that helped the club pile pressure on their Champions League chasing rivals. 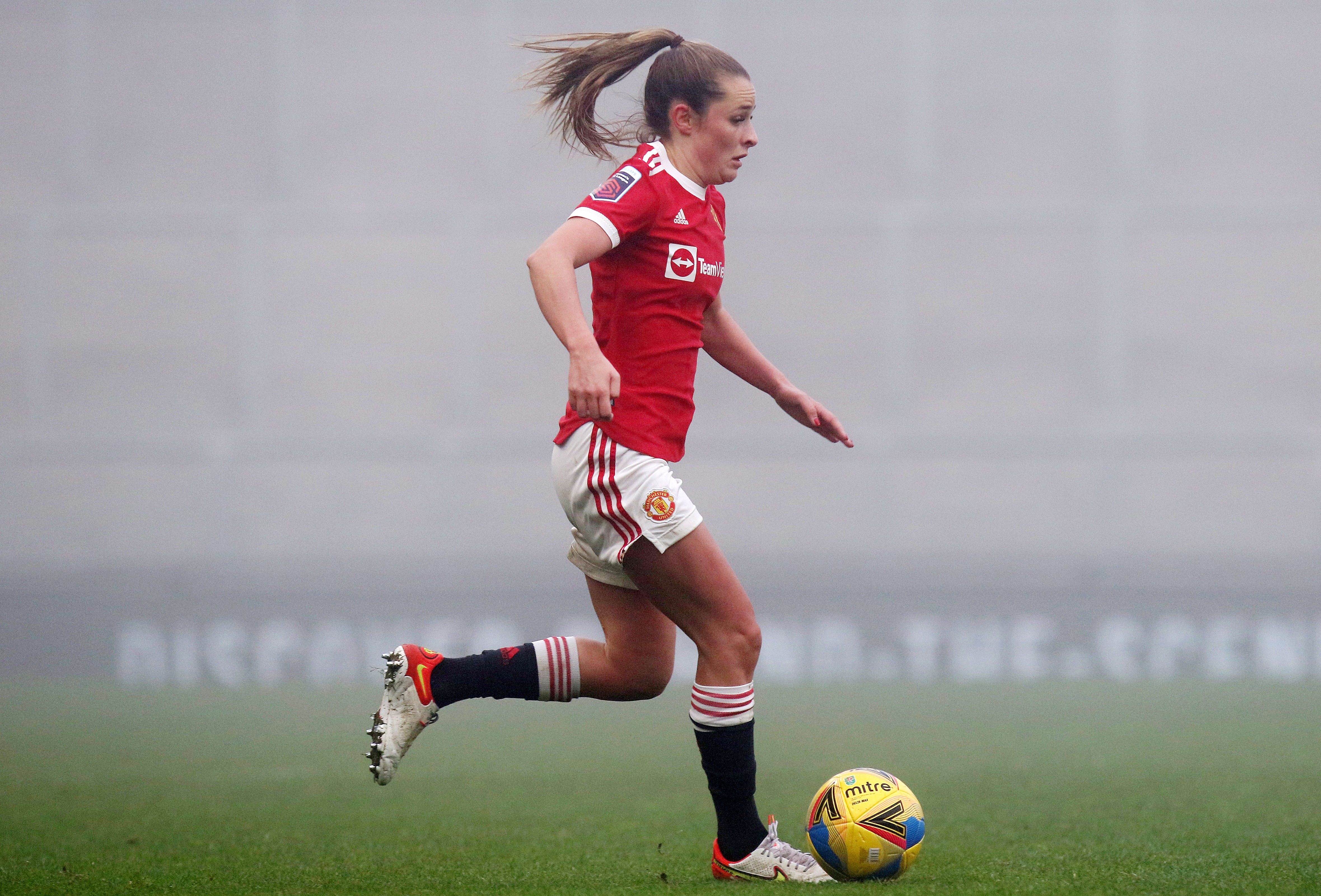 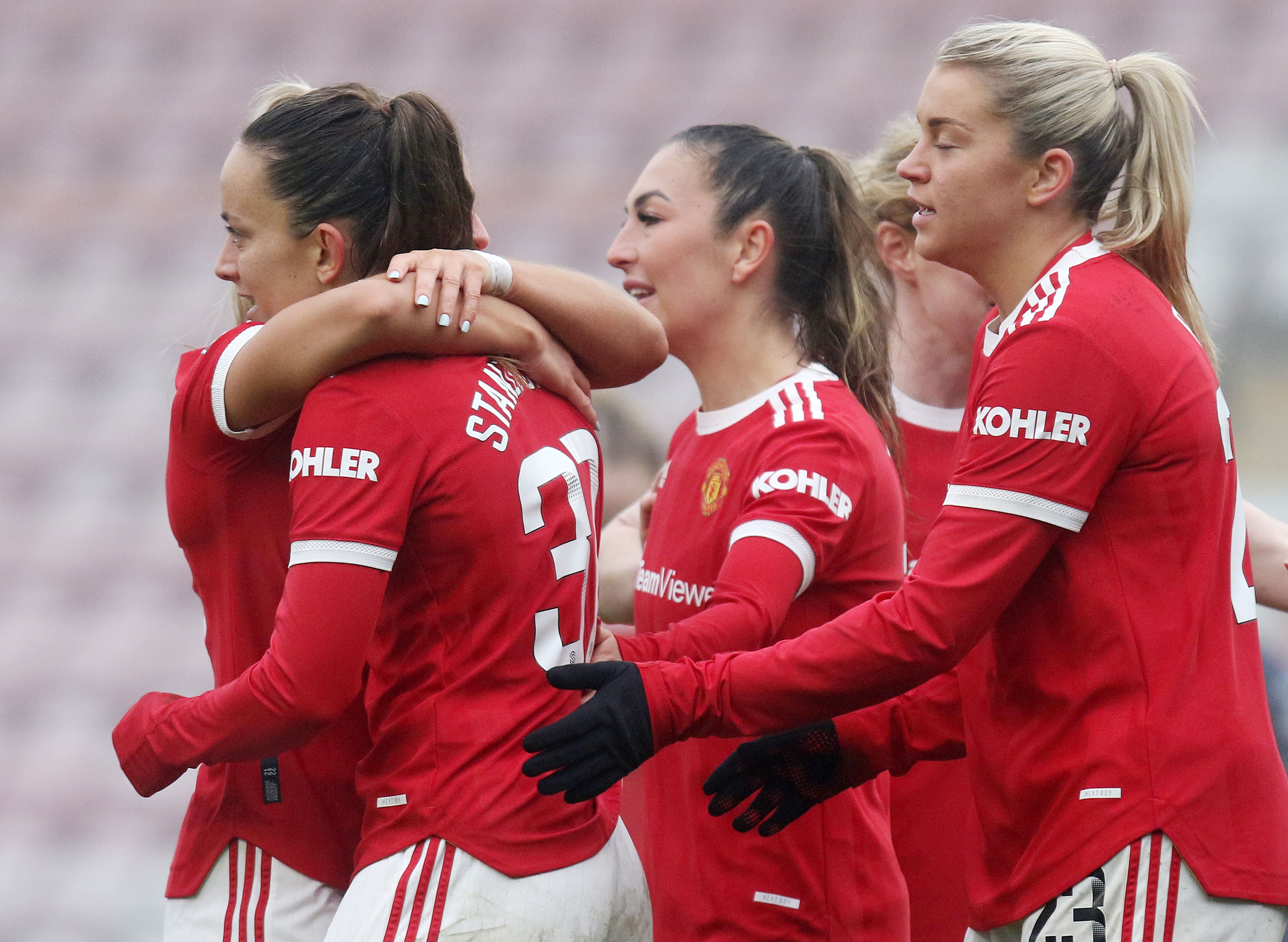 The result saw them momentarily leap to third before Tottenham snatched a 1-0 home win against Everton.

And United opened up a three-point gap on Brighton – and five points on Man City – with both teams having a game in hand.

“We create momentum throughout the season – we have players of real quality here, long may we continue to invest in that.

“I can’t ask more of the players. I said to (the players) at the end we’ve given absolutely everything, that’s all I ask."

Toone’s goals in each half saw her take her WSL tally to three in nine appearances this term.

Skinner added: “Ella has that quality and it’s my job to keep pushing her and seeing what ceilings she can break.

“She has great tenacity, great qualities with the ball. She’s going to be wonderful for Manchester United and for England.” 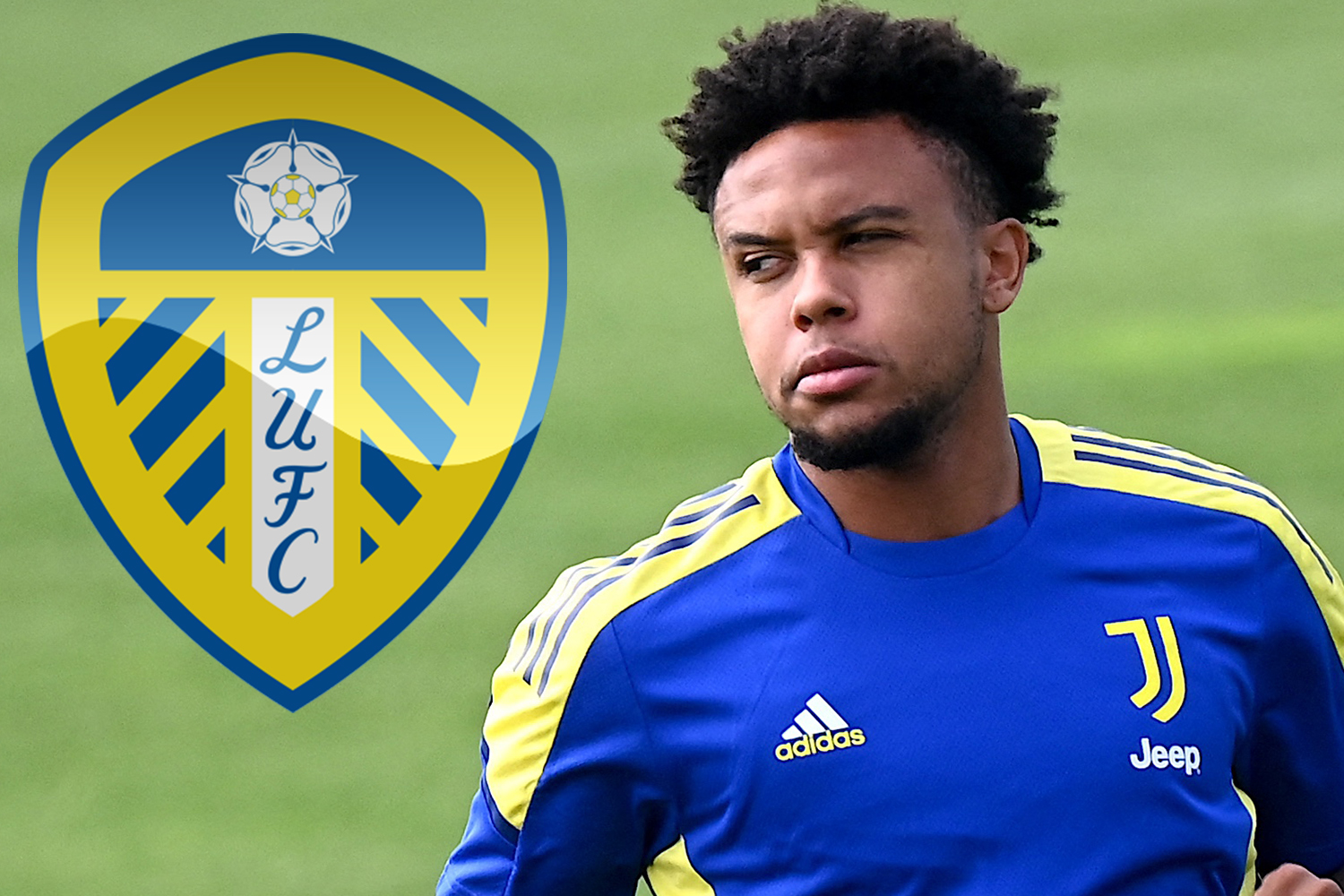 The clash at Leigh Park Village was one of only three games to go ahead on Sunday with coronavirus issues seeing three fixtures axed.

And the home side were without full-backs Ona Battle and Hannah Blundell with both testing positive for Covid.

Villa had a couple of decent forays forward in the opening minutes with Maz Pacheco almost reaching Emily Gielnik in their rivals’ box.

But Man Utd began to dominate possession and went ahead around the eighth minute with a Vilde Boe Risa teeing up Toone for her swept-in goal.

And they went on to double their lead around the quarter hour mark with skipper Katie Zelem netting from the spot, after Hampton was adjudged to have fouled Hayley Ladd in the box.

Villa thought they had a penalty themselves moments later with Remi Allen appealing for handball against Zelem after Chaney Boye-Hlorkah’s ball into the penalty area.

But their calls were dismissed by referee Rebecca Welch.

The visitors looked to cause problems with a corner around the half-hour mark with Maz Pacheco’s dangerous ball into the box. 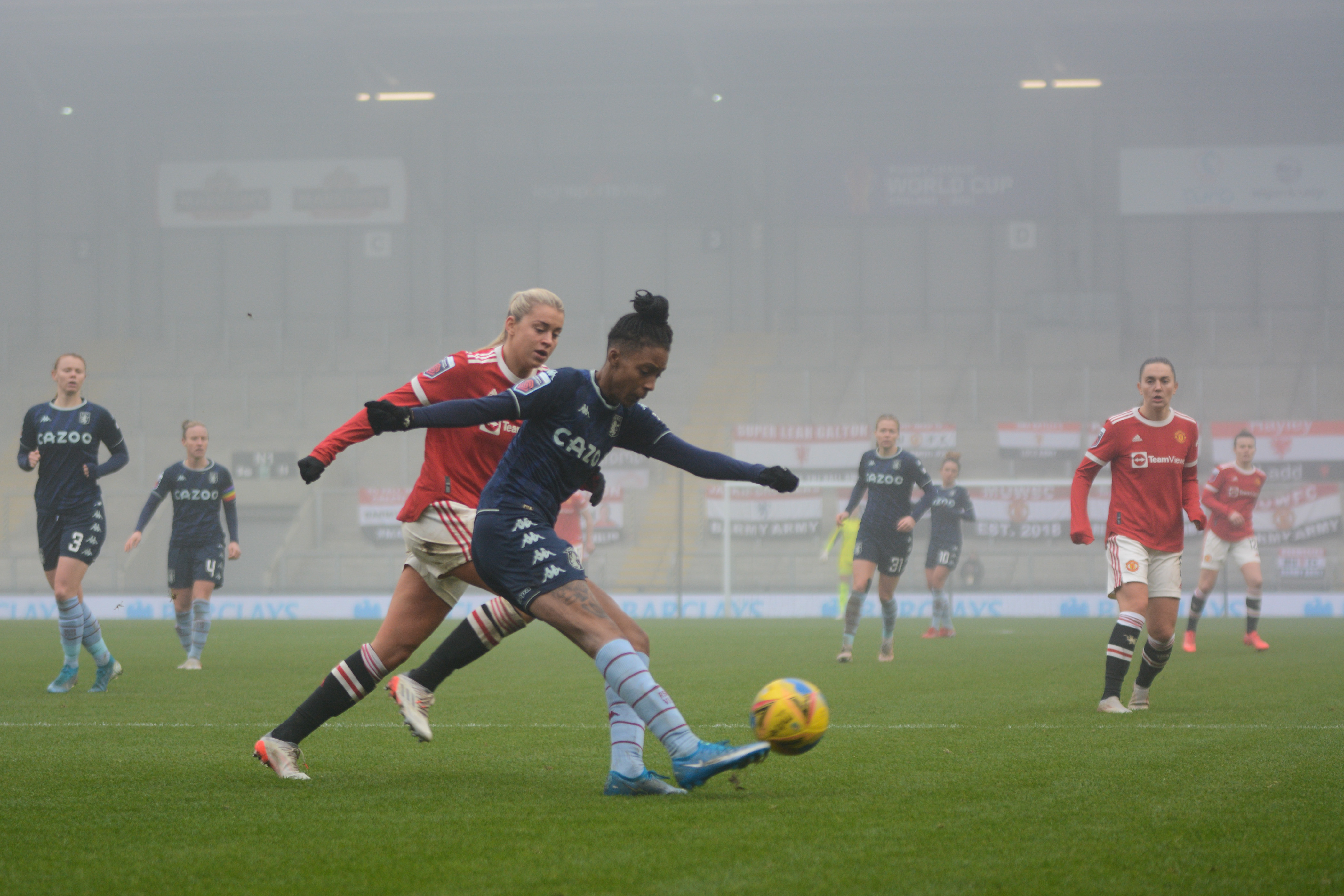 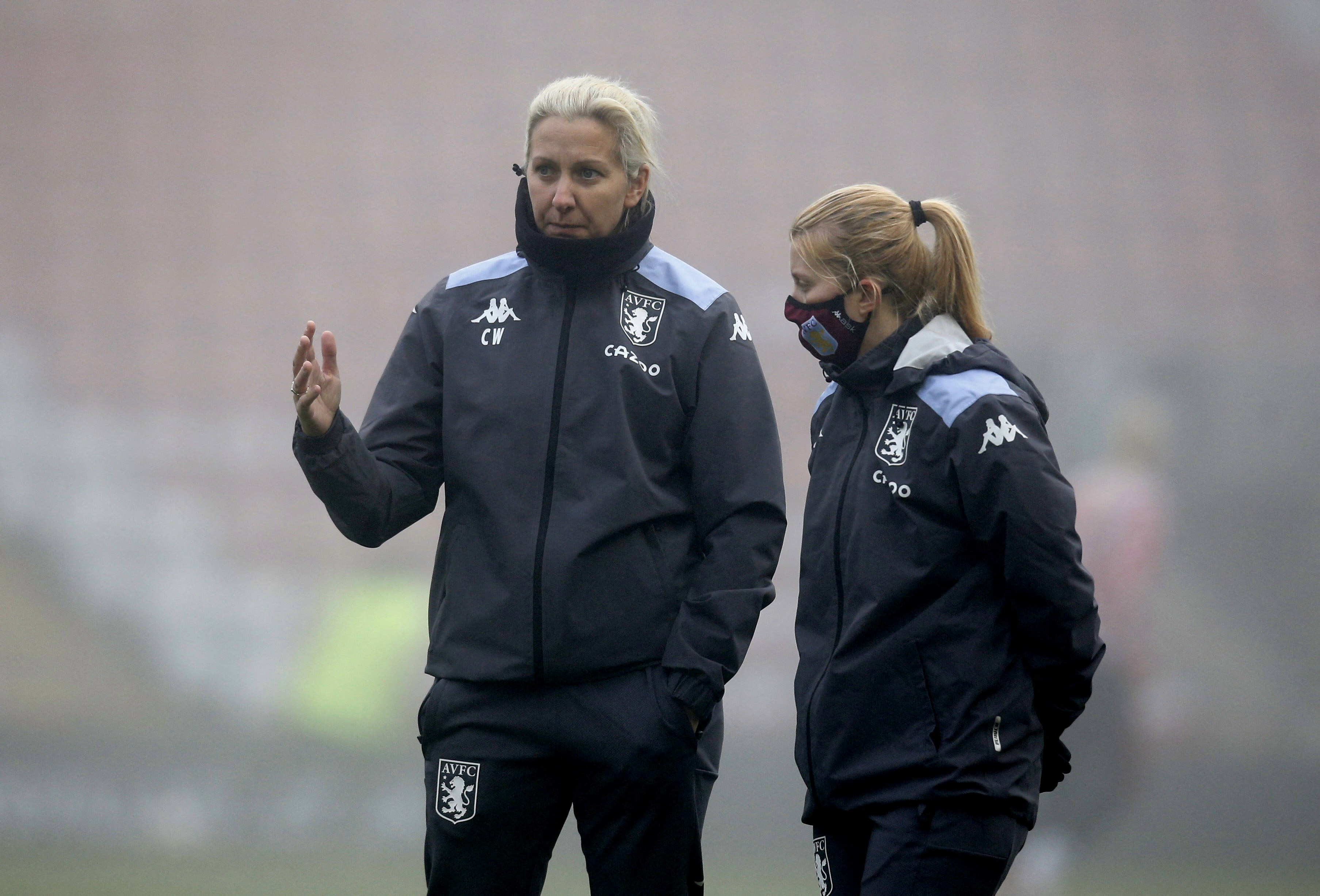 But they were unable to take advantage with keeper Mary Earps deemed to have been fouled.

The Red Devils – who had the bulk of possession – went close to getting a third after the half-hour mark with Ladd’s shot deflected wide.

And Alessia Russio saw her effort superbly cleared off the line with Carla Ward’s side battling to keep the score line 2-0.

However, the second spell saw United go three up in the 50th minute with Lucy Staniforth’s curled effort.

And Villa’s problems were compounded with Hampton coming off with just under half an hour remaining following the effects of a first-half injury.

United heaped more pressure on their rivals going 4-0 up as Kirsty Hanson danced past her markers to set up Martha Thomas in the 73rd minute.

And Toone wrapped up the win by knocking in a rebound following Elisha N’Dow’s clearance of Alessia Russo’s cross.

It leaves the Villans, who face Everton in the New Year, without a point from their last three games.

Villa boss Ward said: “After Christmas, we need to reassess the system we play and how we’re going to play, because quite honestly, recently, we’ve come unstuck a little bit.

"We have to go back to basics, we have to get that right."