It is all down to Ed Woodward, giddily watching from the Emirates directors’ box, from here. 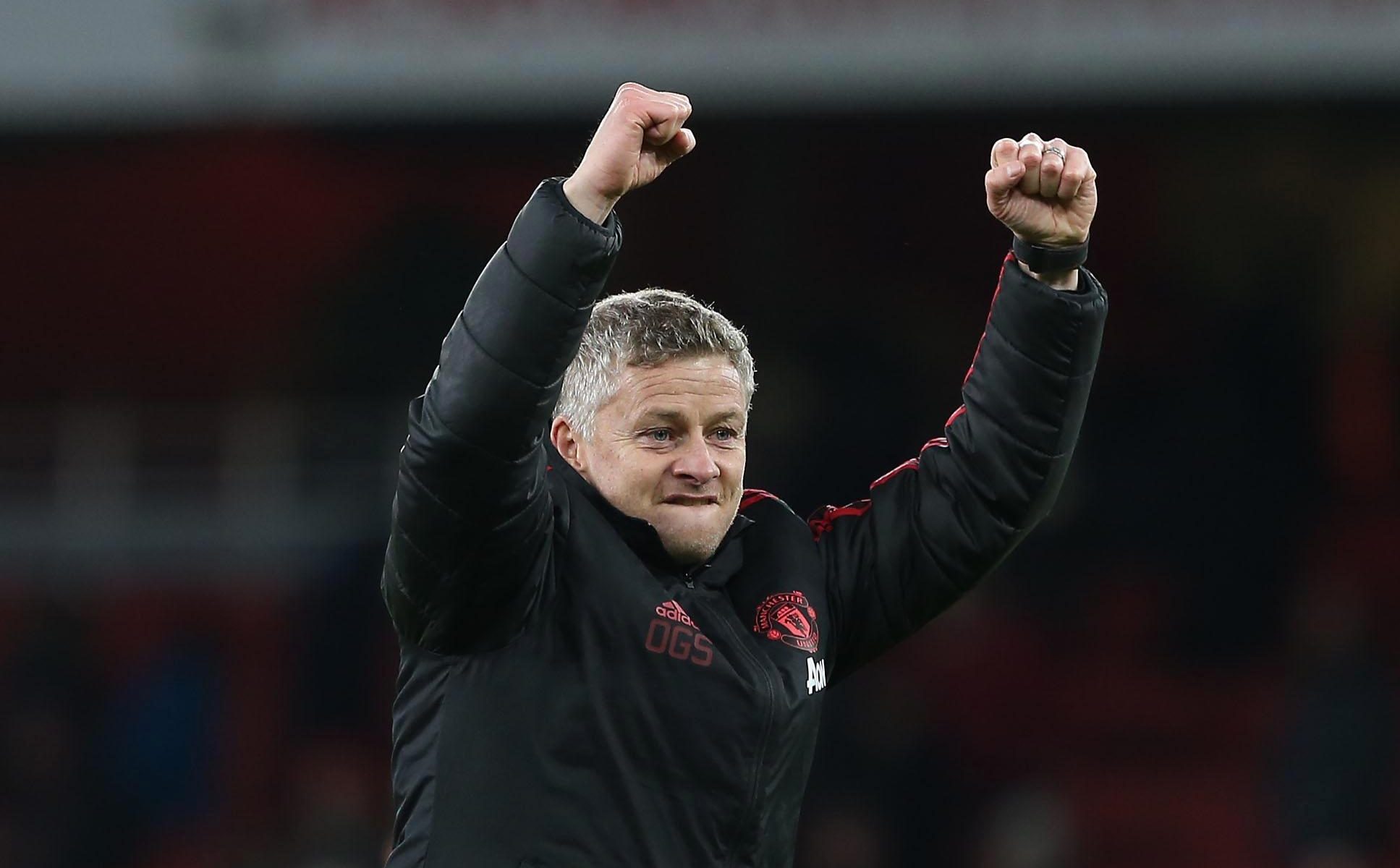 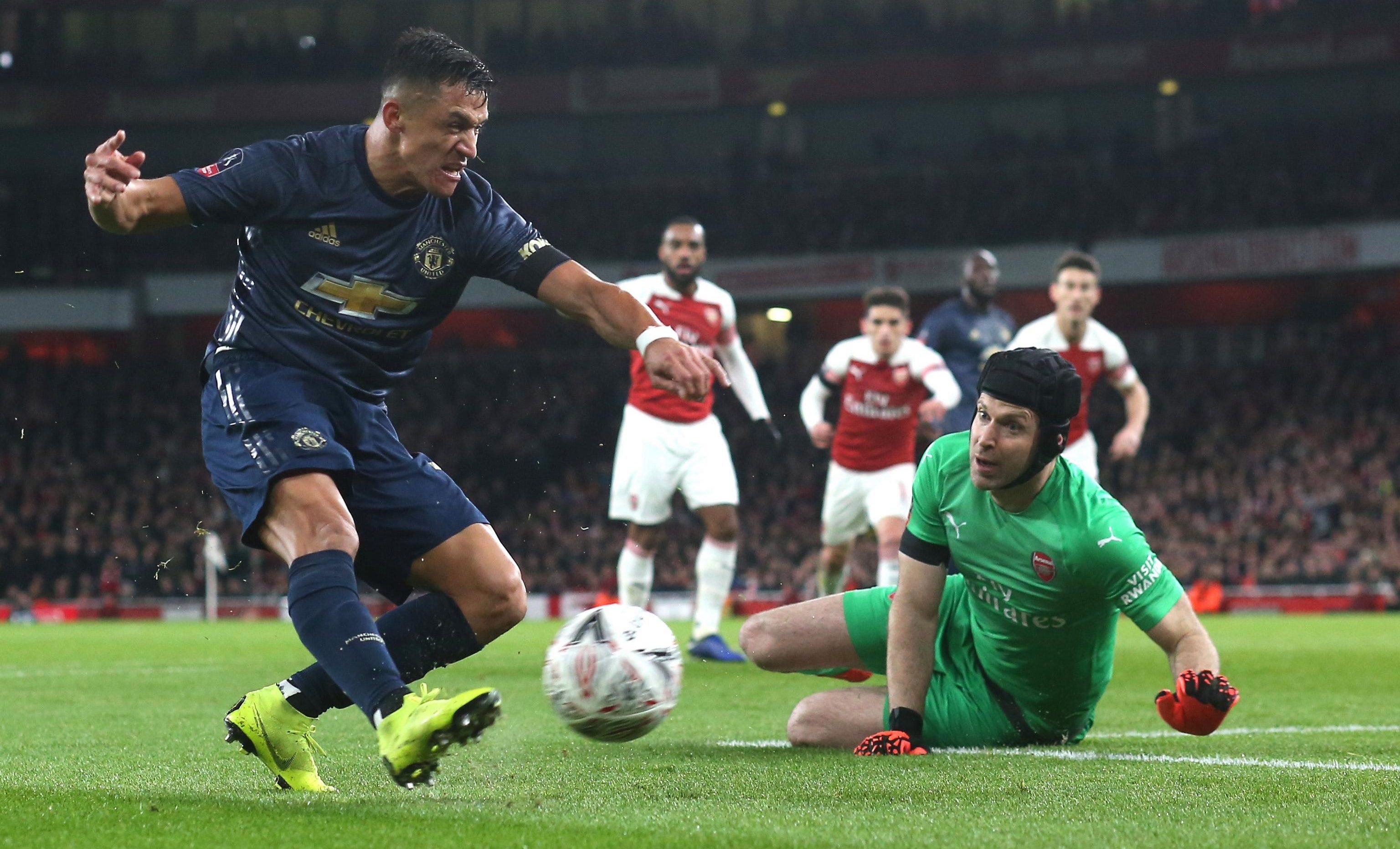 The players, with Gunners old-boy Alexis Sanchez, Jesse Lingard and Anthony Martial on the scoresheet, are doing their bit too.

Solskjaer, eight successive wins in charge of Manchester United, is on the way to mastering his art.

This is a tingling run, setting the pulse racing with another huge win on the road. Another statement victory for Solskjaer as he plays around with tactics and team selection. 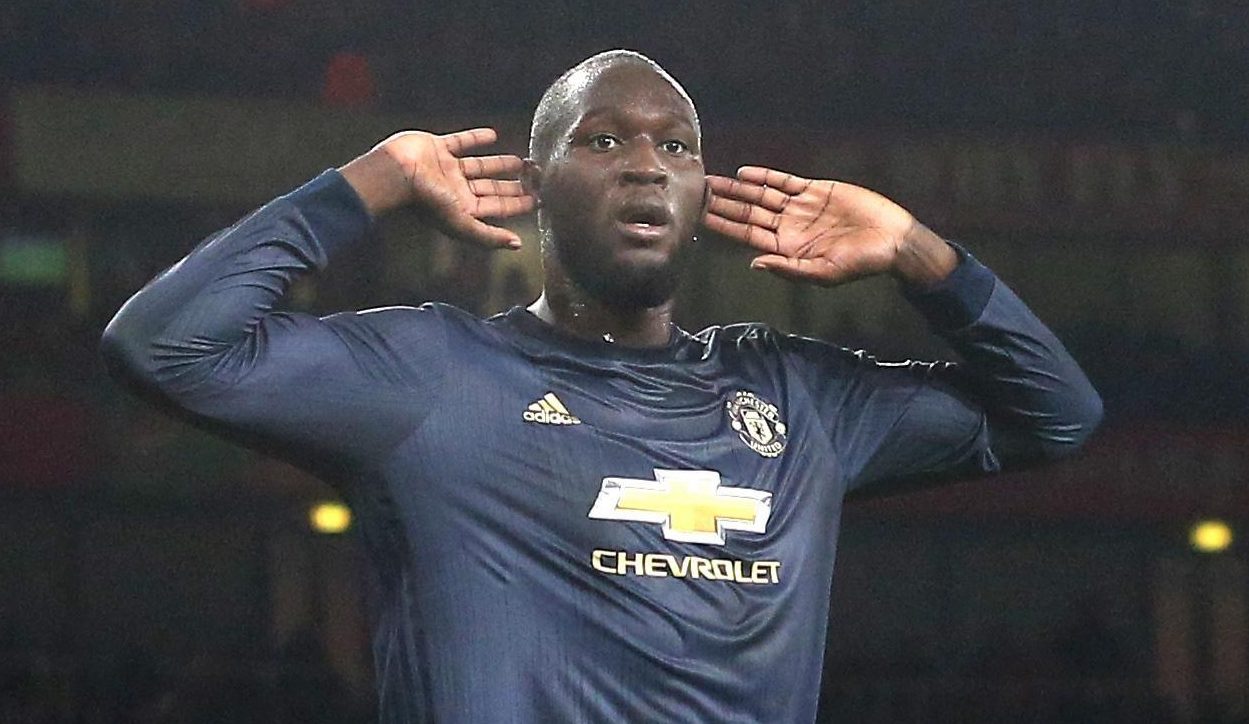 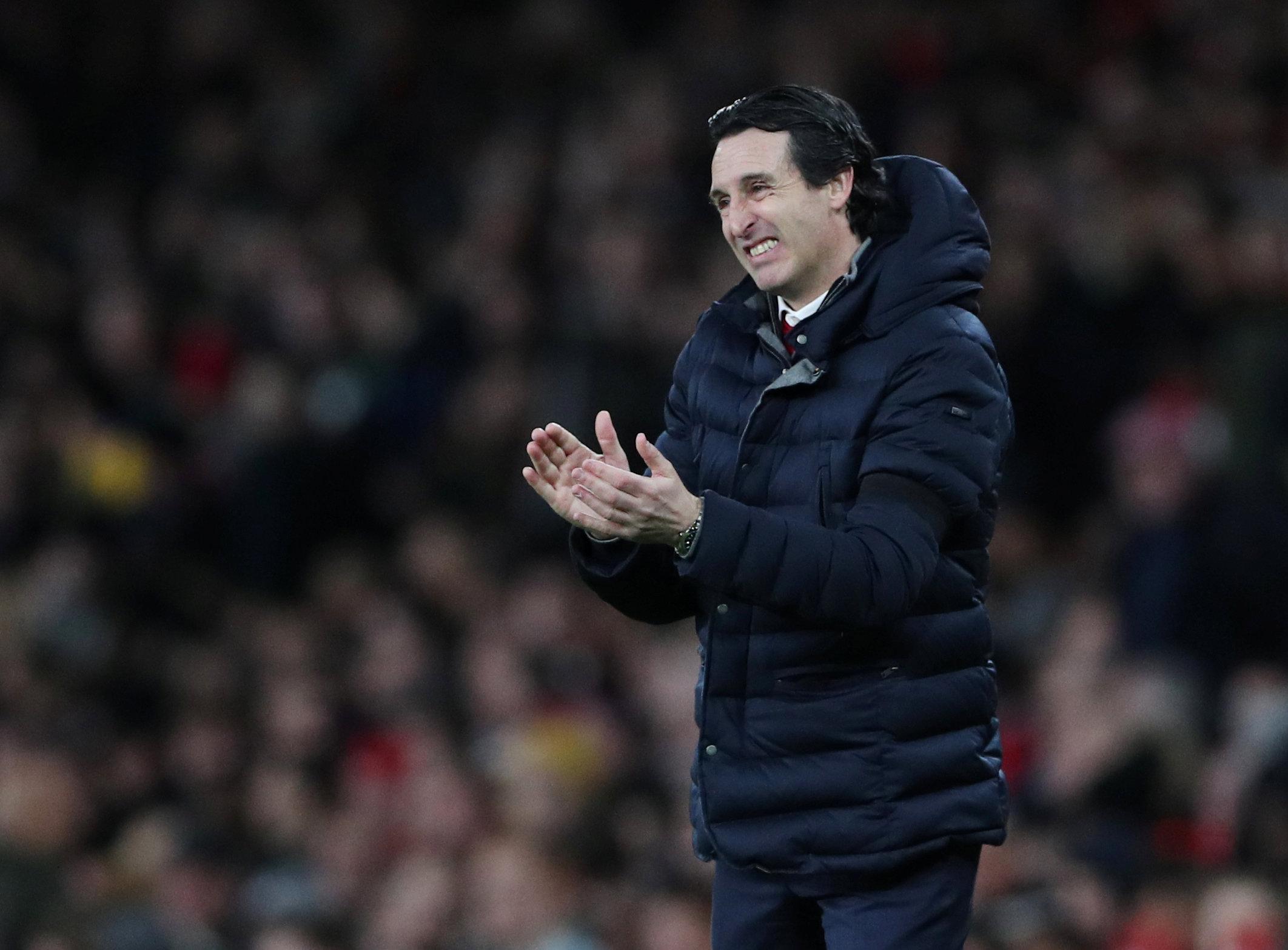 United are brimming with ideas. The interim boss is certainly getting the hang of it.

Beginner’s luck is beating Cardiff away 5-1 in the first game after the Special One packed his bags.

It is about being a breath of fresh air, putting a team on auto-pilot to cruise past the likes of Huddersfield, Newcastle or Reading. Outwitting those luvvies Tottenham, or winning an FA Cup tie at Arsenal, is a bit different.

This winning run is bound to end eventually but Solskjaer’s influence on this United side has been truly astonishing.

They are winning game after game, coming through a tricky FA Cup tie against Emery and Co after making five changes.

This time it was Sanchez’s chance to shine, to remind Arsenal what they let go of last January.

He scored, rifling in the opener on 31 minutes after Romelu Lukaku played him in behind Arsenal’s defence.

Two minutes later United got another, unable to prevent Jesse Lingard scoring with a well-taken goal. In many ways this is the real United, playing with pace, purpose and aggression. 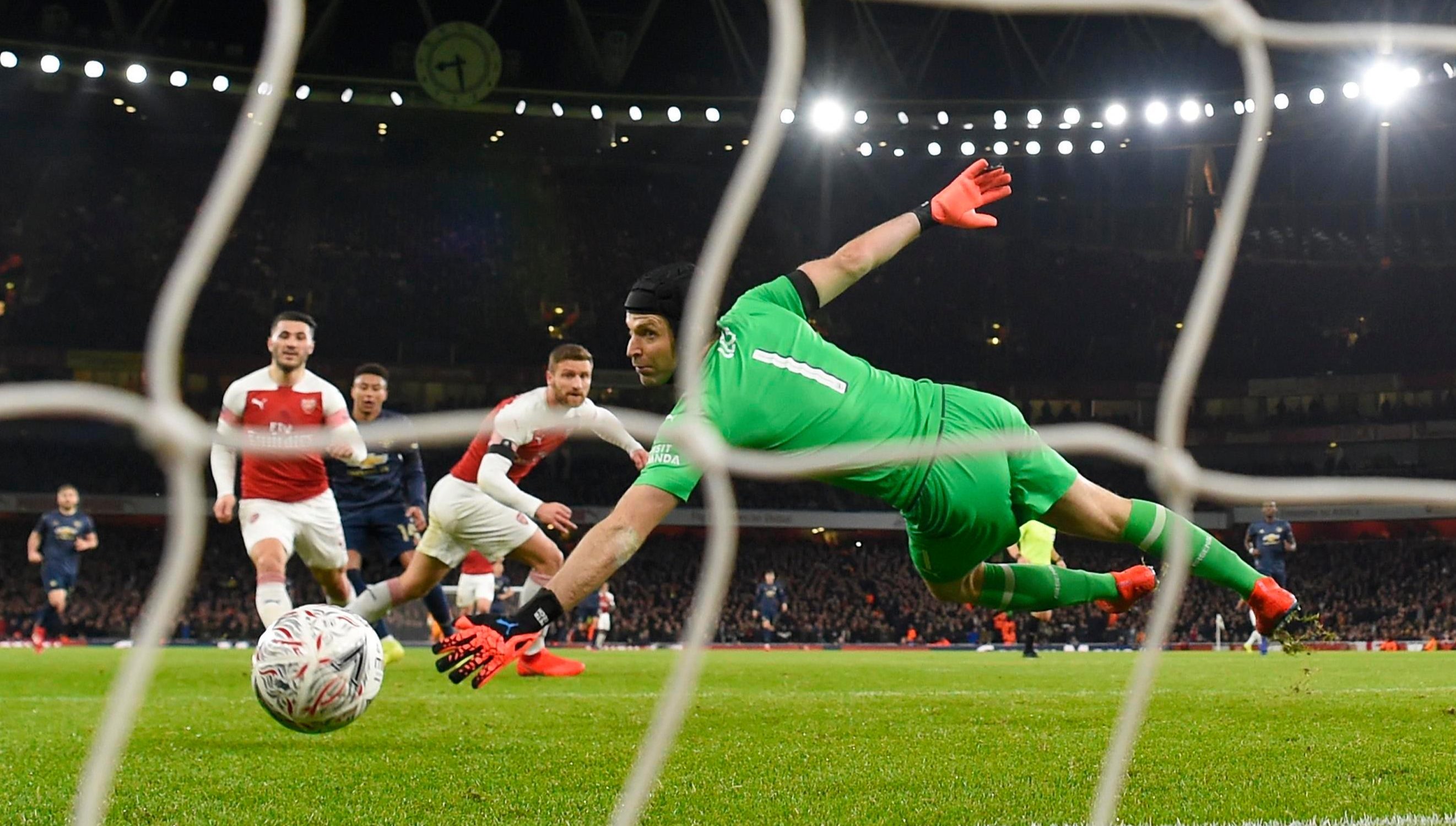 There is a swagger about them — a confidence not seen since Sir Alex was lifting pot after pot.

They held off Arsenal for half an hour before asserting their authority on this fourth-round tie.

Their fans are lapping it up, with thousands of them making the trip to watch them win at the Emirates.

In terms of quality, this does not match the opening minutes of the 2009 Champions League semi-final second leg at Arsenal. United destroyed the hosts that night, 2-0 inside 11 minutes at the Emirates.

This was measured and composed, with United biding their time before crackling into life.

Arsenal were poor, well short of the standards set in the excellent 2-0 Premier League victory over Chelsea. They could not cope with United’s movement, especially after Sokratis went off with a twisted ankle.

United took advantage of the indecision, surging into the lead when Lukaku turned supplier for Sanchez.

The angle was tight but the chance was too good for the former Arsenal man to turn down. A quality finish.

So was Lingard’s goal two minutes later, with Lukaku picking out the United forward inside the area.

Petr Cech was exposed, playing a guessing game before Lingard chose to tuck it inside his left hand post.

This was United in the ascendency, controlling the tempo in the centre of midfield and attacking at will.

Ander Herrera, as usual, underpinned it all, moving the ball around at his pace and pulling Arsenal’s players all over the pitch. 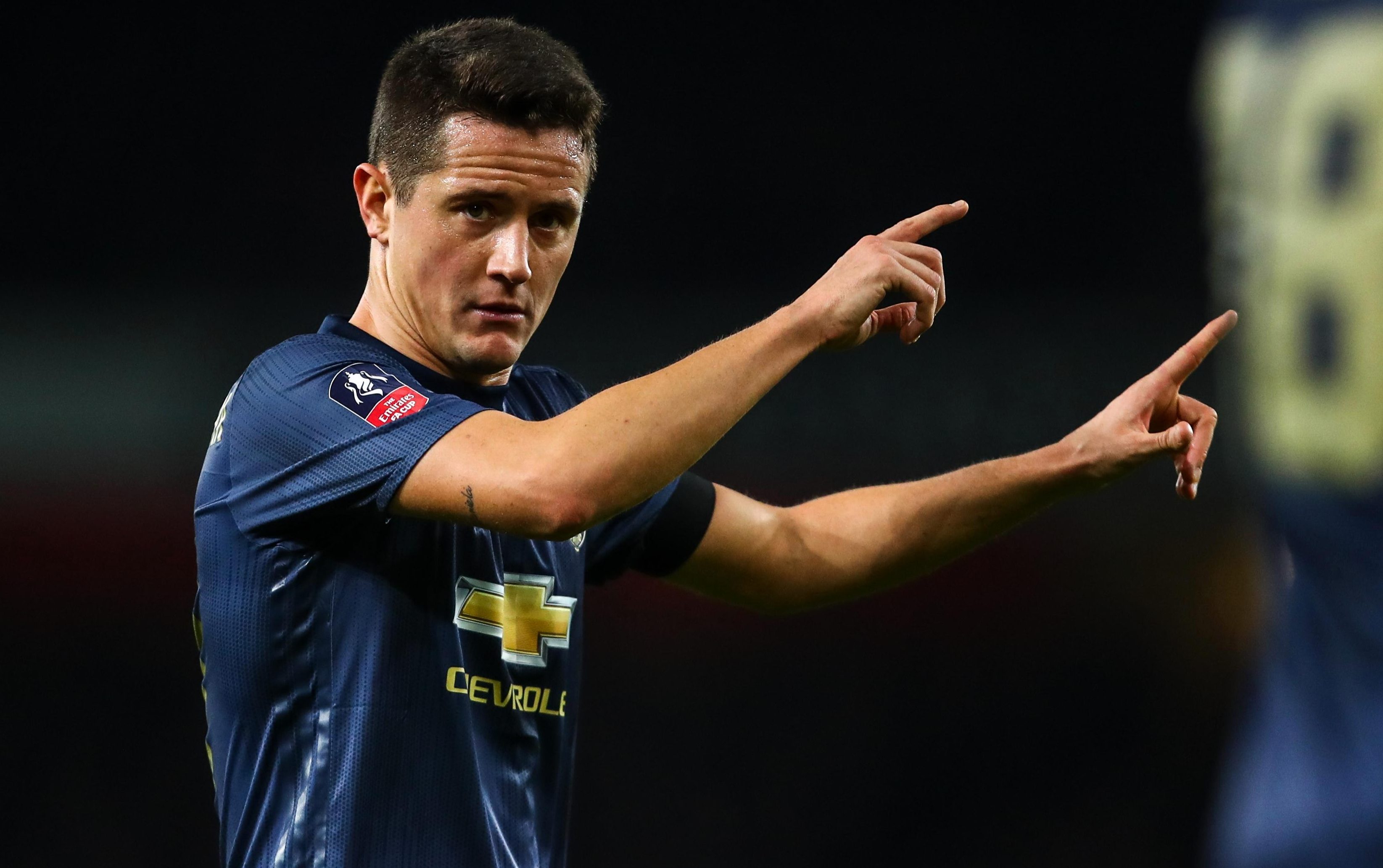 He is such an accomplished player.

Arsenal needed reminders, a chance to get back into this tie in front of their increasingly frustrated fans.

They had barely made an impact, with Alex Iwobi’s 24th-minute chance their only effort on goal before United hit them with those two back-to-back strikes before the break.

Finally they responded, with Pierre-Emerick Aubameyang getting them back into it two minutes before half-time. 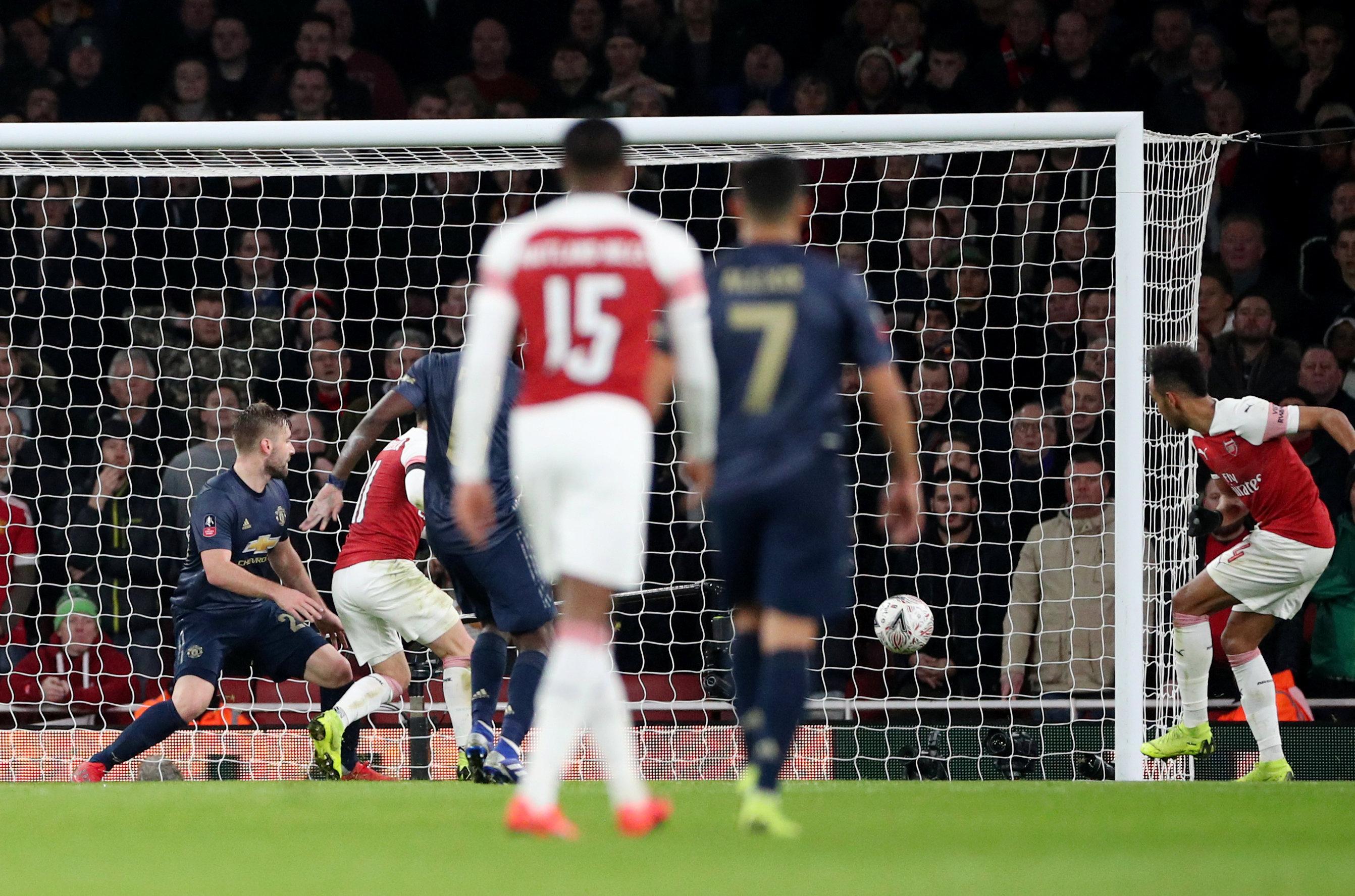 It was a decent enough move, with Iwobi supplying Aaron Ramsey down the left and Auba on hand to score Arsenal’s goal at the far post.

They were back for more at the start of the second half, with back-up keeper Sergio Romero tipping an Aaron Ramsey chance on to the bar.

At the back it is turning into the walking wounded, with Laurent Koscielny forced off after 64 minutes.

He had been caught by Lukaku, with his jaw collapsing after the United forward collided with him.

Emery was forced into more changes, Matteo Guendouzi on for Koscielny and then an SOS for Mesut Ozil.

United shut them down, with Victor Lindelof and Eric Bailly bossing it at the back. 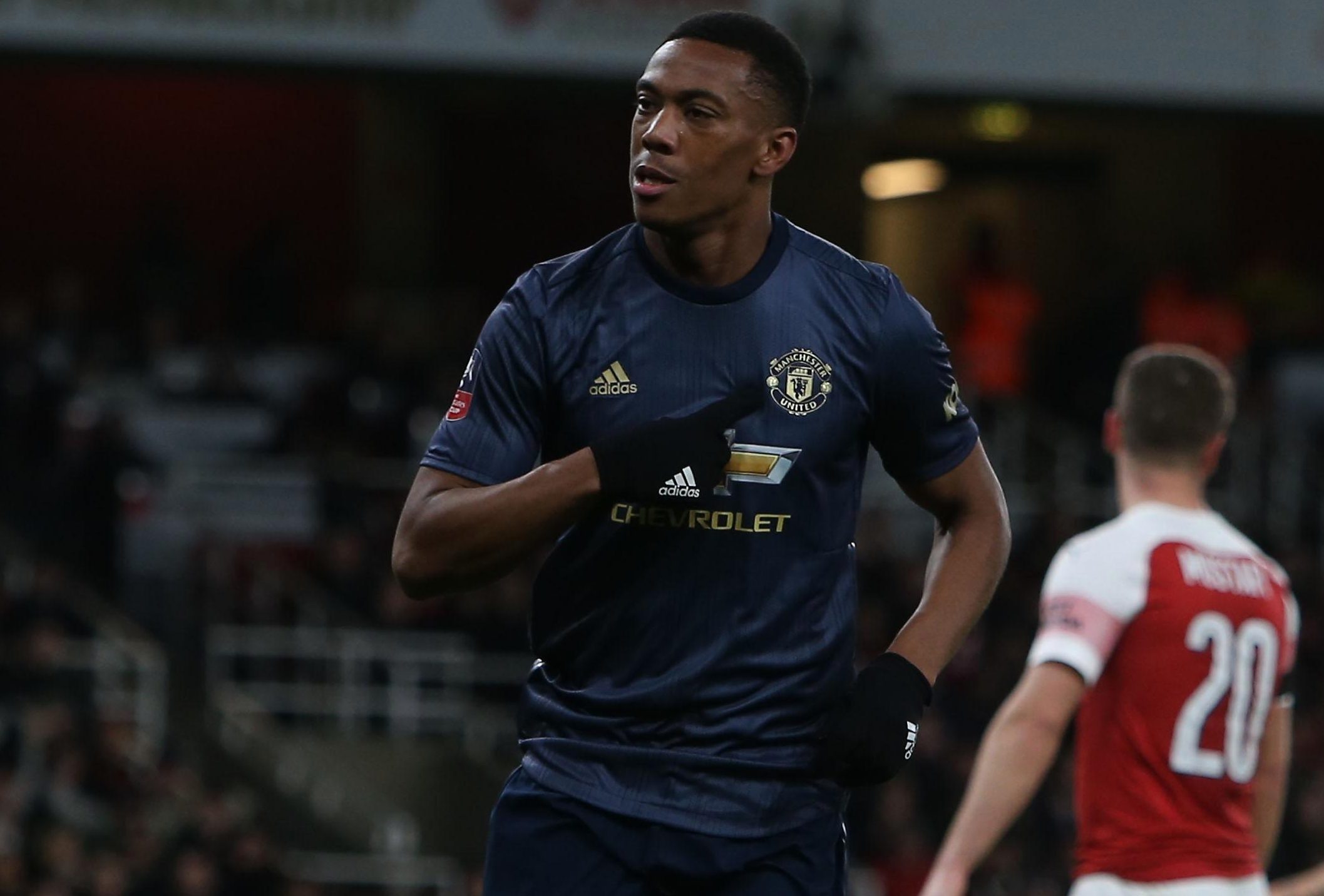 That dominance gave them the chance to hit Arsenal on the break, finishing this off seven minutes from the end of normal time.

Paul Pogba ran through unchallenged, with Cech eventually parrying his effort into the feet of Martial.

The United substitute gratefully tucked it away, finishing it all off with a tidy effort on the angle.

That ability to close games down, to create a bit more distance in the scoreline is classic United.

They are back to the good old days, with Solskjaer’s name sung louder and louder with every passing week.

Soon enough, it will be ear-splitting. 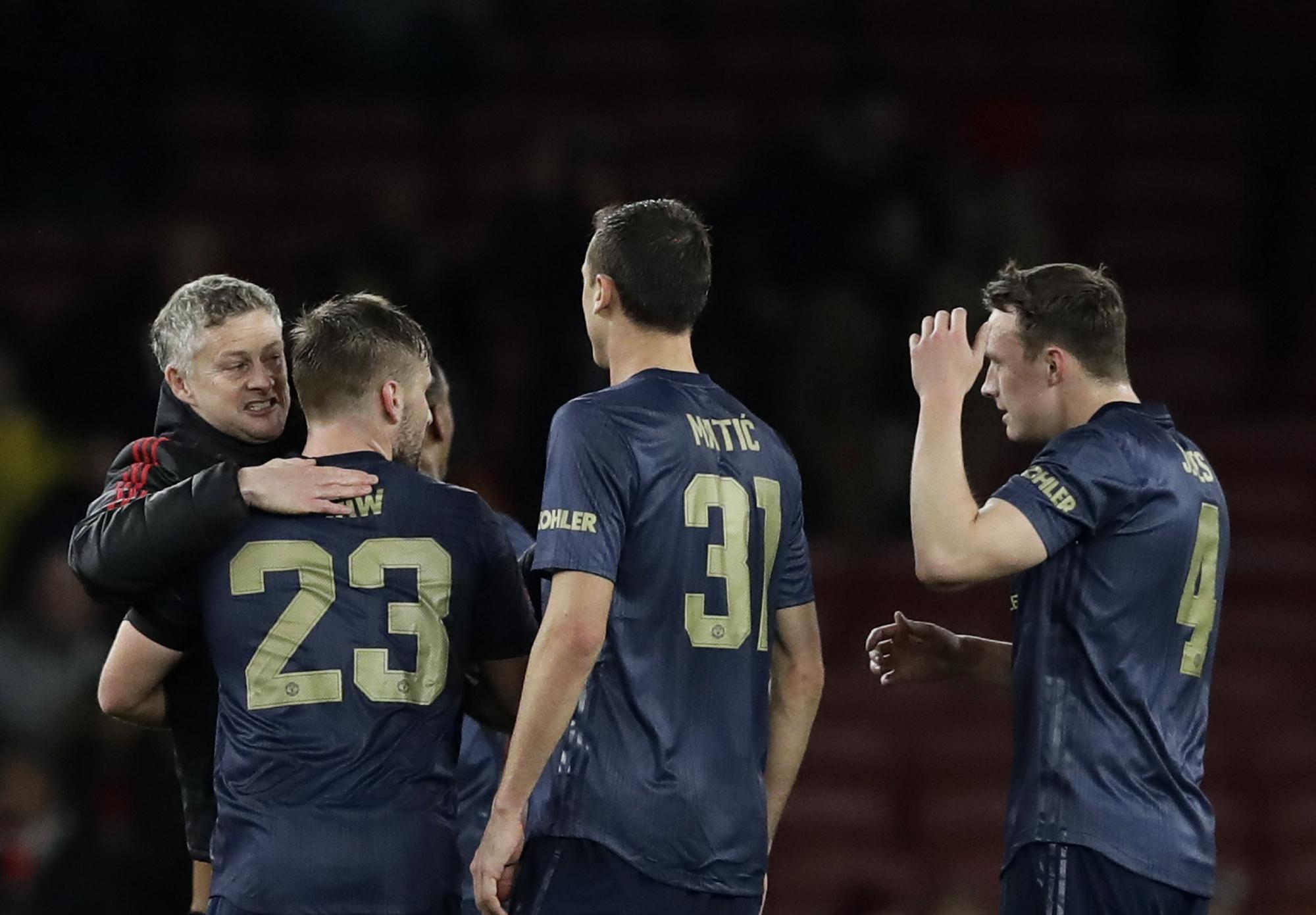