MANCHESTER UNITED fans could not hide their excitement about seeing Robin van Persie get on the score-sheet during Vincent Kompany's testimonial.

Van Persie, 36, spent three seasons at Old Trafford and scored 58 times in 105 appearances in all competitions. 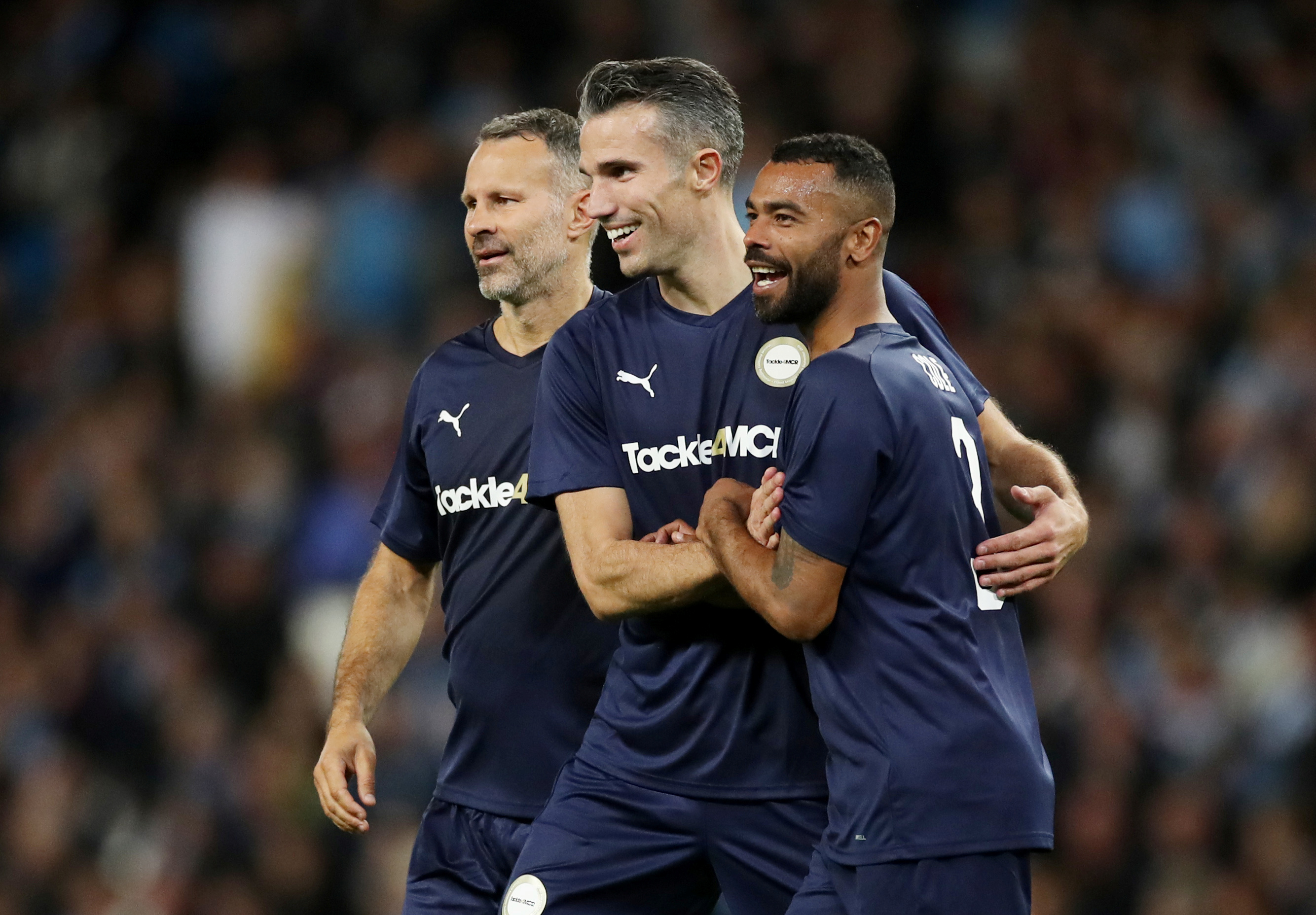 He was also part of the last United team to win the league.

But the Flying Dutchman has not played for United since he was sold to Fenerbahce in 2015 for a paltry £4million.

However, he was back in Manchester for Vincent Kompany's testimonial fixture, lining up for the Premier League Legends alongside the likes of Robbie Keane and Paul Scoles.

But it was some wizardry from ex-Everton midfielder Tim Cahill that gave Van Persie enough space to shoot, 20 yards out from goal, and he produced a signature left-footed finish to give his side a 2-1 lead.