MANCHESTER UNITED have NO intention of recalling their goalkeeper Dean Henderson from Sheffield United before this season can be finished.

That is despite the Blades standing just TWO points behind fifth-placed United with a game in hand in the hunt for a top-four spot. 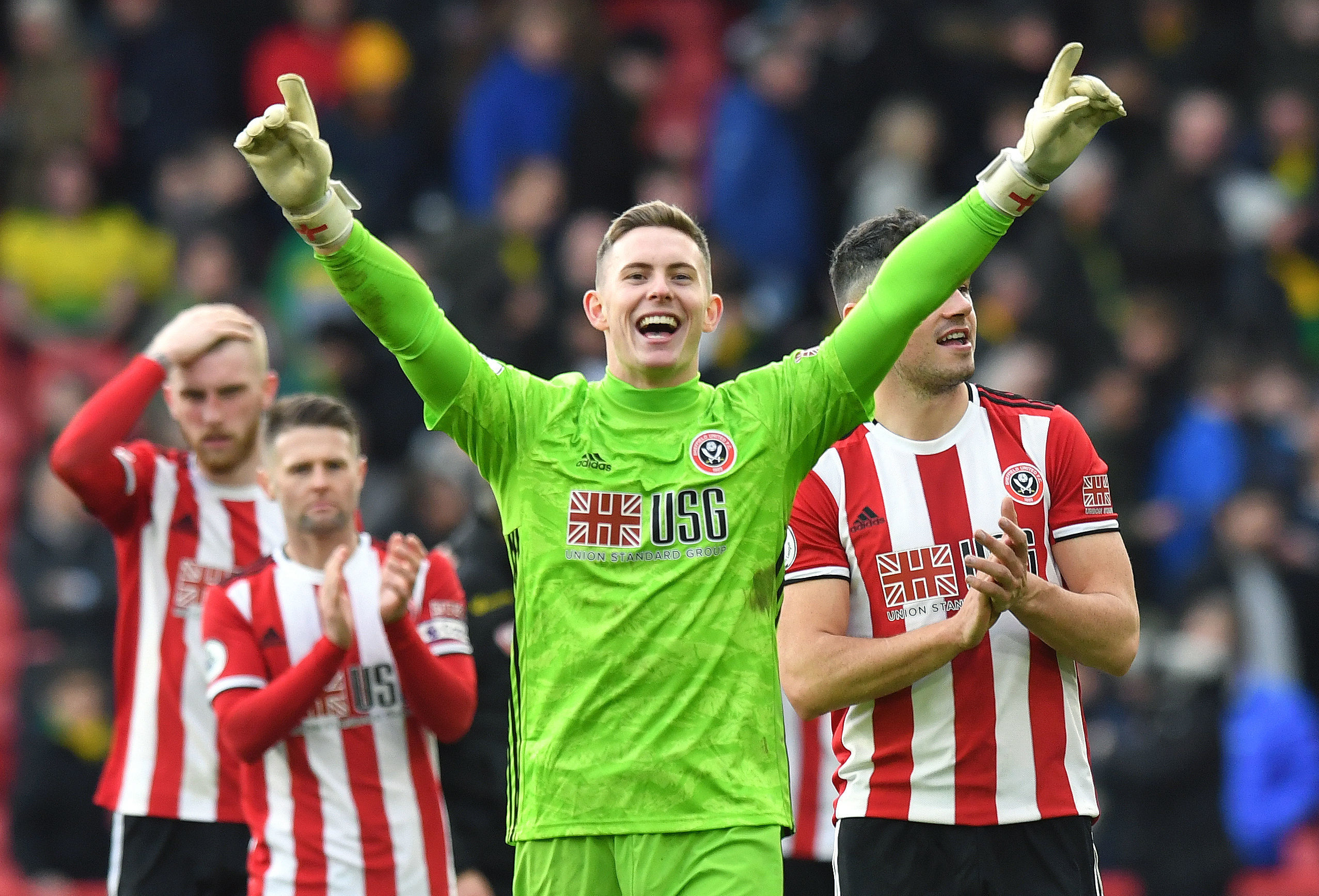 Red Devils boss Ole Gunnar Solskjaer also emphasised that he would NOT force any of his team to play against their will if the Premier League is restarted.

SunSport revealed Prem chiefs agreed all parties must give the green light to extend loans beyond their end date.

And Blades manager Chris Wilder said this week it would be ‘morally’ wrong to recall the in-form goalkeeper when Project Restart is up and running.

Henderson’s season-long loan deal finishes at the end of next month.

The Premier League next meet on Monday to discuss how to get the season going again behind closed doors on June 12 — and Sheffield United still have TEN games to play.

Seventh-placed Blades have the second-best defensive record in the Prem, behind Liverpool, and much of that has been down to Henderson’s form.

But Solskjaer has been happy with how Wilder is looking after and developing Henderson.

And the Norwegian has no intention of leaving his counterpart in the lurch by denying them Henderson’s services for the run-in.

Indeed, he could let Wilder keep him for the following season — with David De Gea still the Red Devils’ No 1.

Henderson would rather stay on loan at Bramall Lane than warm the Old Trafford bench. Solskjaer does, however, have the 23-year-old earmarked as the future first-choice keeper.

The Norwegian will not pressure any of his United stars to play after lockdown is lifted in the Premier League.

He said: “You wouldn’t hold anything against them. You need to get to know everyone and that’s the same throughout the season.

“If a player is not mentally ready to play, I don’t think we could force anyone.”

That’s key now — we’re not going to take any risks. Definitely our doctor has been very strict."

Solskjaer, 47, admits he does not yet know if any of his stars have reservations about returning after the global Covid-19 pandemic has eased.

The coronavirus has killed more than 30,000 people so far in the UK.

He told Sky Sports: “I have not spoken to any of the boys about that.

“The doc has been speaking to them and, of course, in every medical meeting we’ve spoken about players’ safety and welfare.

“That’s key now — we’re not going to take any risks. Definitely our doctor has been very strict.

“He has been in these medical groups and to get these protocols passed it has got to be safe for everyone.”