OLE GUNNAR SOLSKJAER has talked up Harry Maguire being Manchester United's captain all season, but the England star failed his audition here.

The former Leicester City defender was given the armband for the 1-0 win against Partizan Belgrade but never recovered from forgetting the pre-game coin toss. 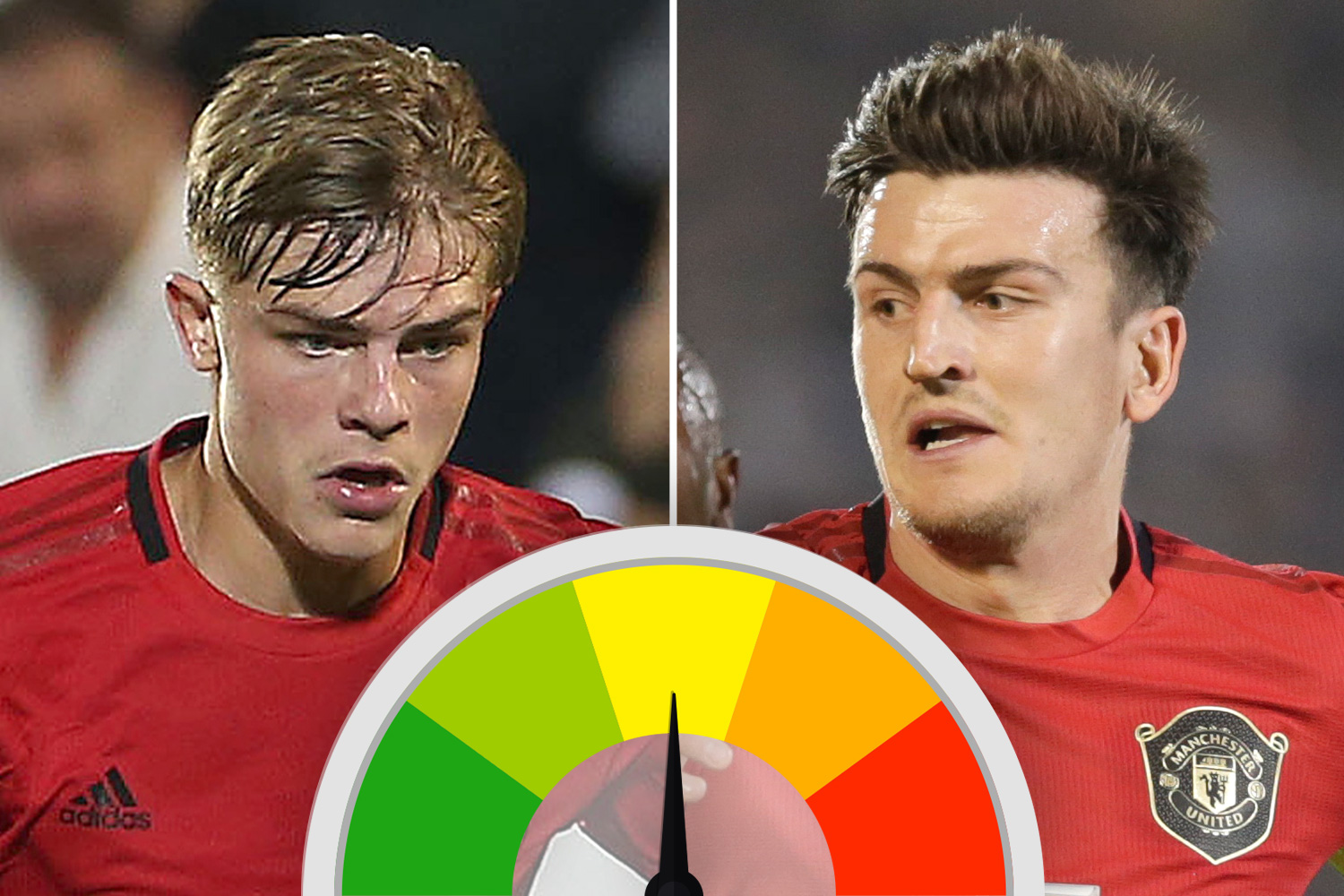 Early rush of blood to the head but Argentine recovered to pull off some decent saves.

The pick of the bunch was an effort from Seydouba Soumah who should have scored.

Careless at times and still needs work on his crossing.

Flustered by the hostile atmosphere and seemed hesitant in the final third.

Poor night for the skipper as he was run ragged by Umar Sadiq and forced into conceding sloppy fouls.

Embarrassed by Soumah who should have scored after putting him on his backside.

A couple of vital interceptions and stood strong against a threatening Partizan attack.

But booked early in the second half and could have conceded a penalty.

Solid if underwhelming. Did his job and was composed with his passing.

19-year-old impressed when given his chance, full of running and did well to win the penalty.

Should have scored with a free header.

Steady without anything spectacular.

Good experience for the youngster.

Not sharp enough. The game passed him by for long periods.

Struggled to affect the play in any way that wasn't a set-piece.

Not his night. The England midfielder often found himself a lot deeper than usual.

Made one chance for himself after showing good feet only to see his shot come back off the post.

Salvaged his performance with the match-winner.

Lacking match fitness but showed his quality with a well-taken penalty.

Showed how much his pace on the counter is an asset to Solskjaer's side.

Confidence is back and unveiled nice footwork moments after coming on.

Came on with minutes left to successfully help see out the game.