JADON SANCHO picked up a knock in England training on Wednesday morning.

The Manchester United winger is now a doubt for England's World Cup qualifier against Hungary on Thursday, Gareth Southgate has confirmed. 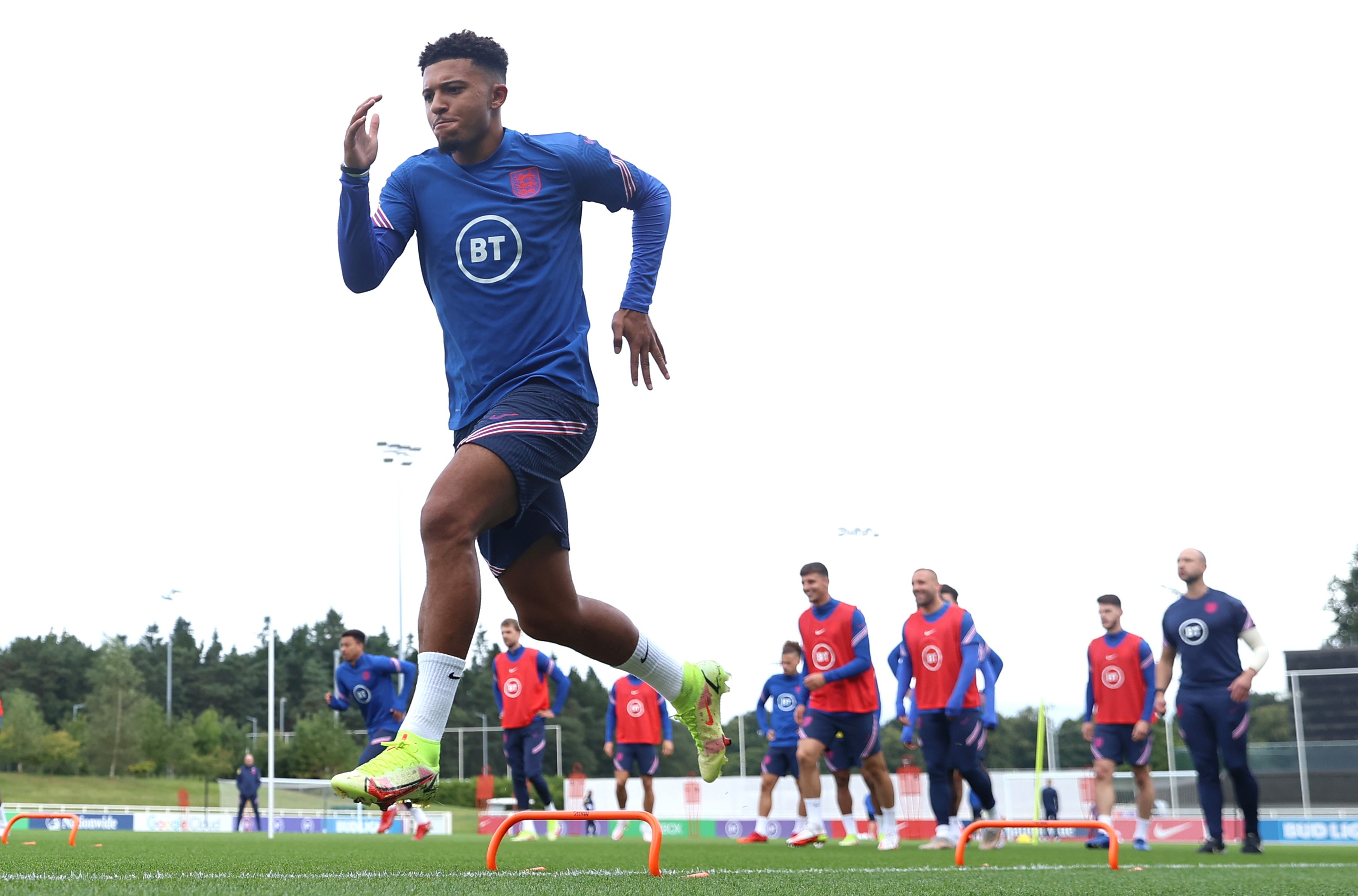 The Three Lions boss did not elaborate on the nature of the injury but admitted he'd need assessing before the match in Budapest.

Southgate said: "We've got a small knock with Jadon this morning.

"So we're going to assess him and everybody else I think is fine for the game."

England have qualifiers against Andorra and Poland following the Hngaty clash.

Earlier this week, Southgate told Sancho and his fellow Three Lions stars who missed penalties in the Euro 2020 defeat to Italy to expect jeers.

Sancho and Marcus Rashford were taunted with ridiculous chants of 'you let your country down' by Leeds fans this month.

Southgate, who missed a spot-kick at Euro 96, said: “I’m obviously in a good place to be able to help them with that because I experienced that myself.

“But there’s been some fabulous receptions.

"I was at Brentford when Bukayo got an amazing reception.

“I think even some of the supporters who were singing those things were saying, ‘We know it’s not the case but they’re our rivals, we’re into club football now and we’re going to try to put those players off their game’.

“I think there are different strands of that sort of response and it’s something the players will have to work through."

Sancho has had a slow start to life at Man Utd after his £73million switch from Borussia Dortmund.

He came off the bench in the Reds' first two games of the season before starting for the first time at Wolves on Sunday.

But he had to be consoled on the bench after failing to impact the game and being subbed off after 72 minutes.