MANCHESTER UNITED top the global list for most social media hits among ALL sports teams in 2021. 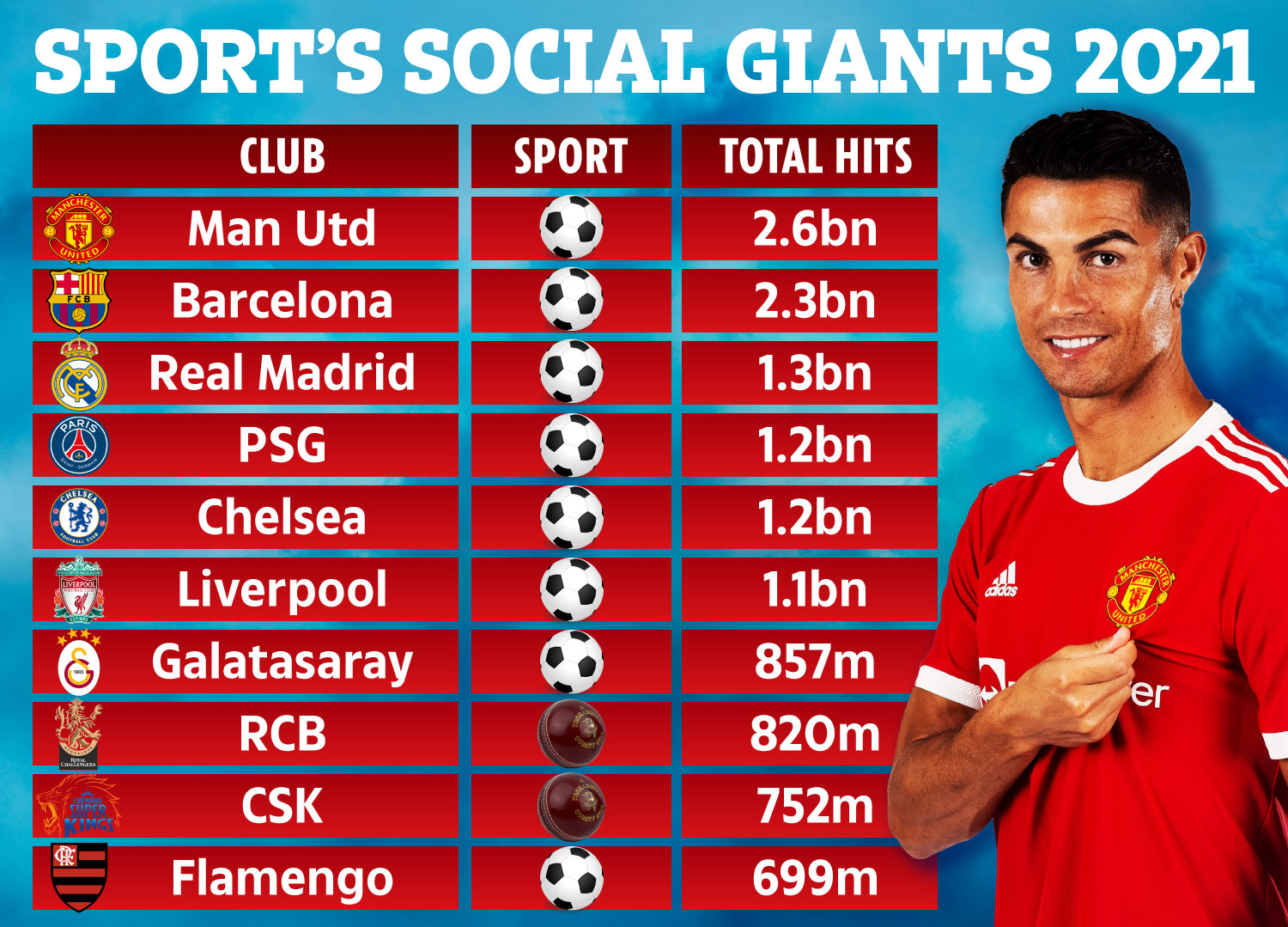 United saw off competitions from some of the biggest clubs in the world to snatch the top spot.

There tally was no doubt boosted by their eye-catching and well-documented transfer of Cristiano Ronaldo in the summer.

Barcelona were the only other team in any sport to accumulate more than 2bn social media clicks, with 2.1bn.

Struggling on the pitch, off it they held off third-placed Real Madrid (1.3bn).

Paris Saint-Germain ran Los Blancos close with 1.2bn hits, with their total boosted by the shock move for ex-Barca star Lionel Messi on a free transfer.

Jack invited me to a party night thriller at villa, says Towie Chloe

And Brazilian football giants Flamengo rounded off the top ten with 699m total clicks across all platforms.