MANCHESTER, England — Strip away the jargon and the euphemisms and the disorientating forest of acronyms, tune out the noise from claim and counterclaim and strident denial, pick a way through the laborious detail and the tangled minutiae, and a simple truth emerges: At the very apex of European soccer, a moment of reckoning is coming.

The report last week that UEFA is studying not so much a revamp as a total reset of its crown jewel, the Champions League, is not an administrative story about the format of a competition. The New York Times’s report, on Monday, that Manchester City might yet be banned from that same tournament is not a story about rule breaches or misleading financial declarations or malicious leaks.

Both are about something far broader and, in a way, far easier to understand. Both are about a struggle for control, between UEFA — the body that has overseen European soccer for decades — and the globe-straddling, extravagantly wealthy superclubs that provide much of its revenue.

Both are about power, and who can exert it. And both are about who runs soccer — on whose behalf, and for whose benefit.

To recap: Last Wednesday, a UEFA document came to light, one that maps out a vision of what the Champions League, soccer’s most glamorous, most lucrative, most exalted club competition, might become.

It set out what would be a fundamentally different tournament to the one that currently occupies screens and minds: 24 teams would, under the proposal, no longer have to qualify for the Champions League through domestic competition. They would become, essentially, a permanent class of Champions League teams, a continental superleague in all but name, and the death knell, according to Richard Scudamore, the outgoing chairman of the Premier League, of more than a century of domestic soccer.

And then, on Monday, as they were still clearing up the detritus left at the Etihad Stadium by Manchester City fans celebrating a second successive Premier League title, The Times reported that the body investigating suggestions that the club had misled UEFA financial regulators over its commercial income was expected to recommend that City be sanctioned for its transgressions. The punishment could be as harsh as a season-long ban from the Champions League, the tournament whose trophy the club’s ownership group prizes above all others. 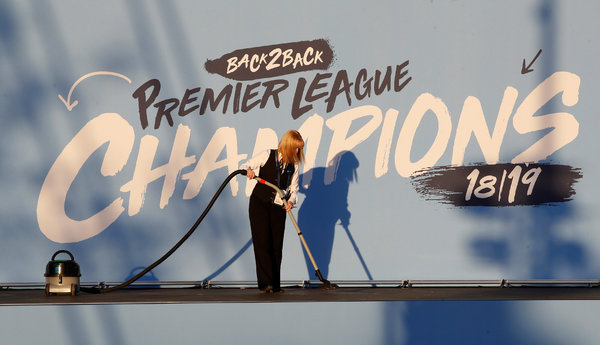 It is easy to become detached from stories like these. They have an air of remoteness, a whiff of futurology. It is tempting to file them as somewhere between soothsaying and speculation. A chorus of voices, each offering a different tangent, strikes up as soon as they appear. The facts are easily lost in the flood of comment.

Last week, in the midst of possibly the most dramatic few days the Champions League in its current incarnation has ever produced, most of Europe’s major leagues came out against the plan to change the competition. UEFA immediately insisted it was just part of a consultation process. Everyone would get a say. It was just an idea. Nothing was set in stone. The panic abated. The fury faded. Nothing changed, not immediately: Tottenham beat Ajax, the Champions League was still as good as ever. The world turned.

On Tuesday, Manchester City reiterated its denial of any wrongdoing at all. Ever since the accusations first surfaced on the Football Leaks whistle-blowing platform, the club has steadfastly dismissed all allegations that it deliberately inflated sponsorship deals in order to comply with the so-called financial fair play regulations UEFA created to govern clubs’ spending.

In a statement that described the accusation of any financial regularities as “entirely false,” City said it was extremely concerned by the fact The Times had cited “people familiar with the case.”

Either the club’s “good faith” in the independent investigators reporting to UEFA was misplaced, Manchester City said, or the process was being “misrepresented by individuals intent on damaging the club’s reputation and its commercial interests. Or both.” UEFA did not comment on the Times article.

Focusing on the existence of the leaks, though, misses the point, just as the debate over the validity of financial fair play rules — whether European soccer needs someone telling its owners how to spend their money — does, and just as the dispute over whether the Champions League would be better or worse if it was played on a Saturday did a week or so ago.

It is not ridiculous to think that F.F.P. is an inherently anti-competitive measure. It is not absurd to believe that owners should be allowed to spend whatever they like on their plaything, and it is not crazy to feel that clubs should be allowed to gamble their very existences on the whim of a benefactor, or that the whole edifice was designed to protect, and enshrine, the primacy of the established elite. Perhaps the rules, as they currently stand, are wrong.

The converse is true, too: There is a perfectly logical case to be made that F.F.P. is a good thing, that clubs should have to live within their means, that longstanding sporting and social institutions being deployed as vanity projects or soft-power plays or reputation-laundering devices for regimes with questionable human rights records is less than ideal. Perhaps the rules are the rules, and the clubs should have to abide by them, while lobbying to get them changed, rather than just picking and choosing which ones they like.

Equally, maybe the Champions League would be better if Europe’s giants played one another more frequently. Maybe it would be in the best interests of the game if high-profile European games were played on weekends, and domestic fixtures in midweek. Maybe the handful of teams from Greece and Poland and Belgium who make it are just a waste of time.

Or maybe not. Maybe Europe’s elite clubs — who had, after all, conjured an idea for what the Champions League should look like that was eerily, entirely coincidentally, similar to the idea UEFA is currently workshopping — are in danger of overestimating their own place in the firmament. Maybe changing the Champions League is killing the golden goose. Maybe it works as it is, and it does not need to be altered.

It is perfectly feasible to make a case for all of the above, but the question of which of them is most convincing — which of them, if any, is correct — is not the most pressing. It is the fact that these questions have, now, to be asked, that matters most. The significance of the plan to change the Champions League runs beyond its potential impact on domestic tournaments. The consequences of Manchester City’s possibly being banned from European competition run much further than its Etihad Stadium.

In both cases, something far deeper is at stake. These stories, at their heart, once everything else is stripped away — the acronyms and the arguments and all the rest — are about who will get to run European soccer, whose voice carries the most weight, and who answers to whom.

Realigning the Champions League to suit the demands of the biggest, richest clubs (as of 2019) might come under UEFA’s banner, but it would not be at UEFA’s behest. It would suggest that the power, really, lies with the superclubs; that they can shape the competitions they enter to their benefit; that UEFA is now just a brand, a rubber-stamp, an administrator, a licensing commission.

If UEFA failed to listen to the recommendations of its own investigators — if a ban for City is the sanction they seek — it would prove that F.F.P., meanwhile, is effectively finished, that the rising elite of Manchester City and Paris St.-Germain, backed by Abu Dhabi and Qatar, have been right to flout the rules; that those clubs who built their business models around the new reality have been foolish; that Aleksander Ceferin, the UEFA president elected by a consortium of associations from Central and Eastern Europe, away from the big five leagues, could not withstand the pressure of the big money and the old elite; that, ultimately, UEFA did not heed its own investigators, and that it could or would not enforce its own rules.

That is the clarity; all the rest is fug.

Maybe that is all for the best. Maybe it would be better if UEFA was not the ultimate source of power in European soccer any longer. Maybe it is time to accept that what is good for the Premier League, or P.S.G., is not the same thing as is good for Bulgaria, and Lokomotiv Plovdiv. Maybe the era of broad churches and consensus is over. Maybe it is time to cut the smaller countries loose, to stop even the pretense of sharing the wealth.

Or maybe it is not. Maybe handing over control of the game to a cartel of superclubs, or allowing nation states to run teams according to their own, unchecked desires, risks disenfranchising everyone outside that small cabal. 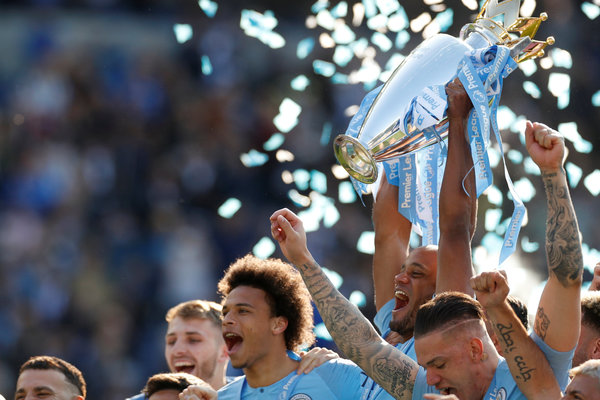 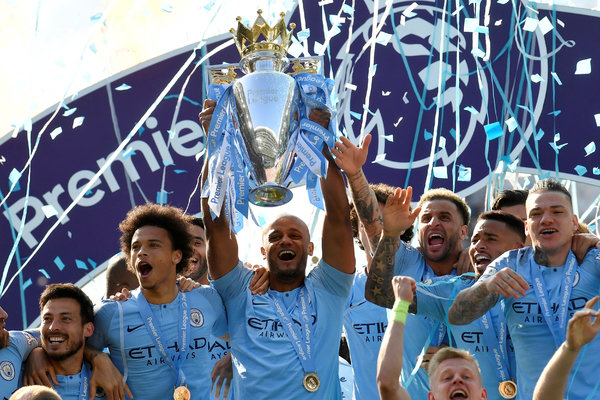 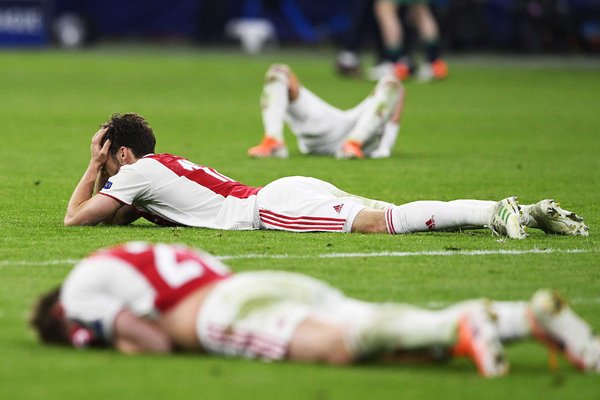 Rory Smith is the chief soccer correspondent, based in Manchester, England. He covers all aspects of European soccer and has reported from three World Cups, the Olympics, and numerous European tournaments. @RorySmith