ENGLAND and Manchester Utd star Harry Maguire has been arrested in Mykonos after a row with English tourists, according to reports.

The £85million centre-back was said to be led away in handcuffs after the clash outside a bar on the Greek island in the early hours of the morning. 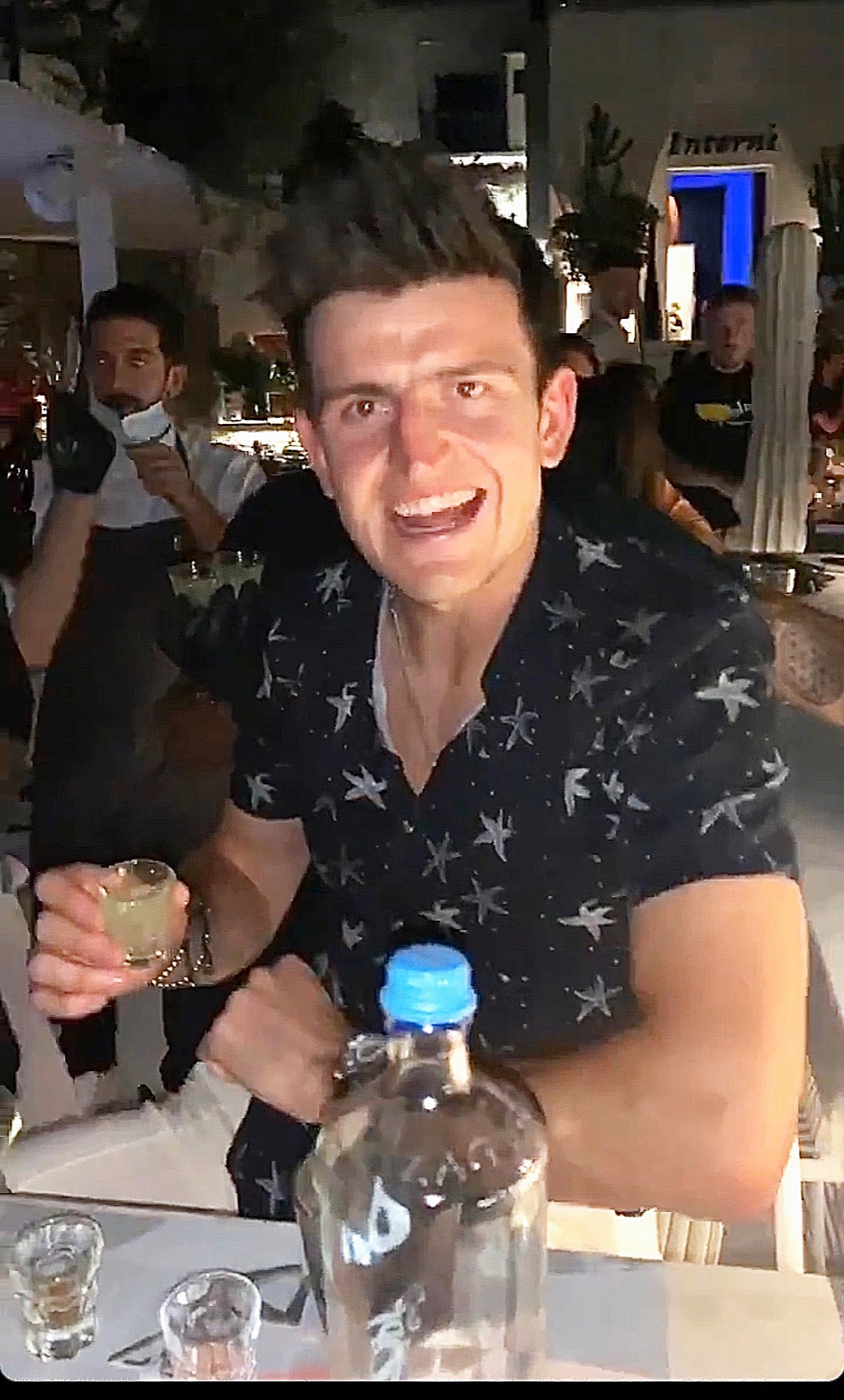 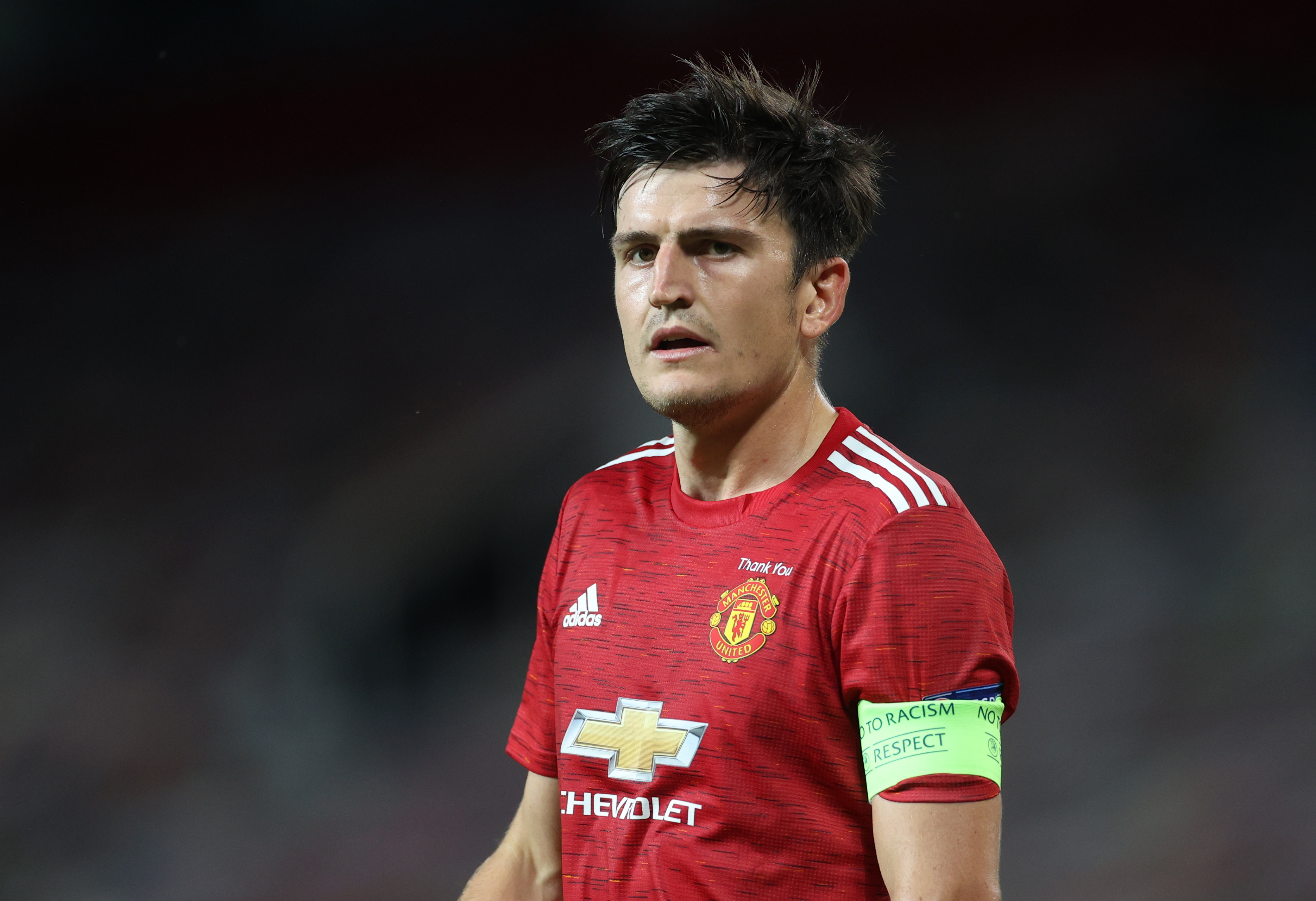 According to local media reports, the Utd captain resisted arrest when confronted by cops.

The Brit holidaymakers involved in the confrontation were also taken to a local police station, protothema reports.

Footage has started to emerge of the star enjoying a boozy holiday on the Greek island before the new season kicks off next month.

One video, which appears to have been shot on Wednesday, shows Maguire in a crowded bar posing for pictures with fans.

Maguire can be seen smiling as he checks his phone while a group of lads sing football chants behind him.

He then leaves out of a side door at the bar in Matogiannia. 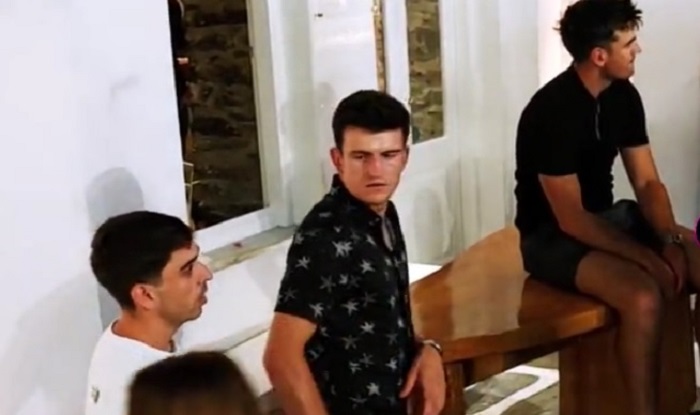 The reality star shared a photo of Maguire in his Instagram story on Wednesday showing the beaming footballer clutching a shot glass.

And his partner Fern Hawkins posted an Instagram shot of the pair enjoying some time together 15 hours ago.

Fern captioned the sweet photo: "Holidays with you" followed by a love heart.

A statement from Utd said: "The club is aware of an alleged incident involving Harry Maguire in Mykonos last night.

"Contact has been made with Harry and he is fully co-operating with the Greek authorities.

"At this time we will be making no further comment." 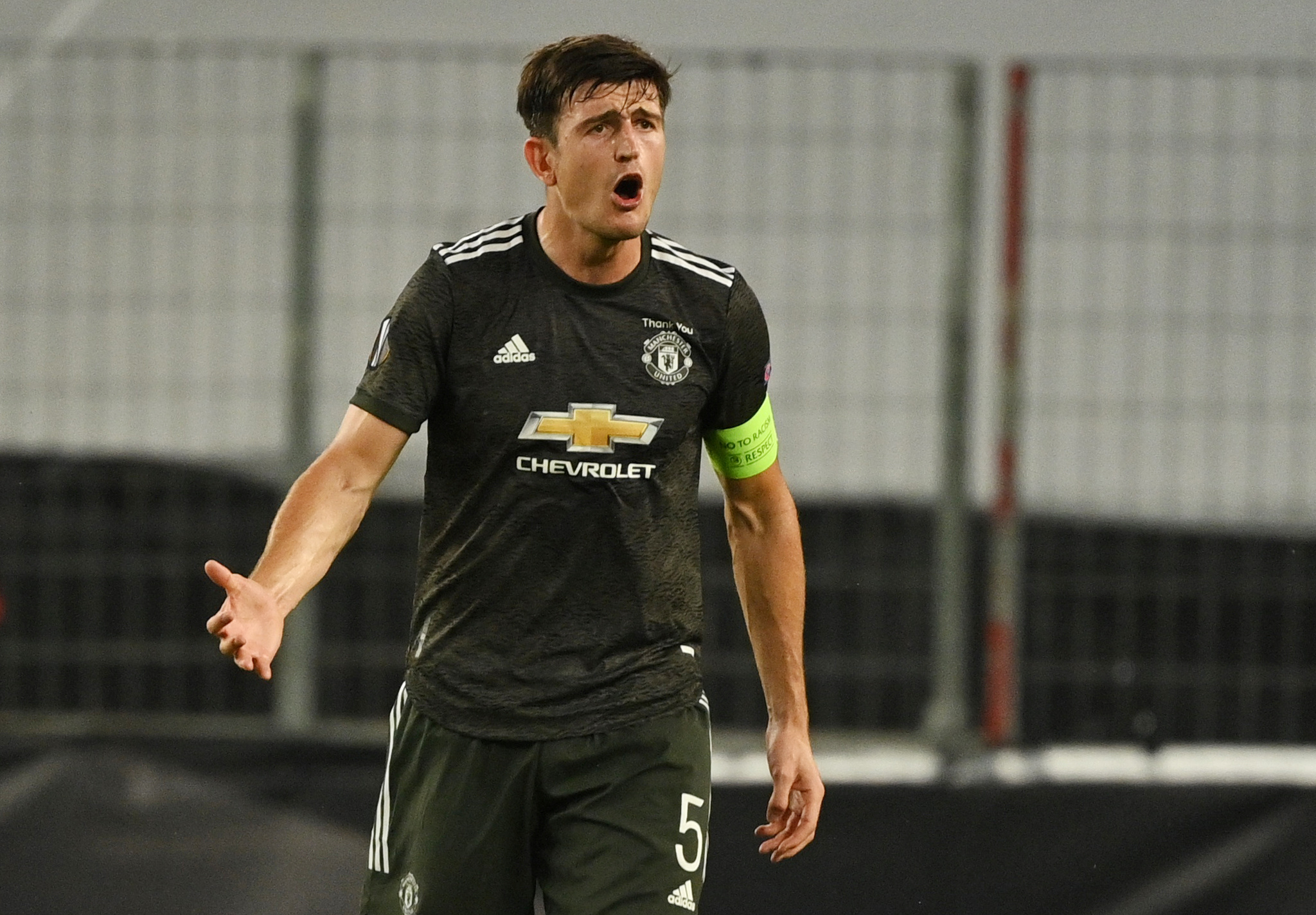 It comes after Utd suffered yet another semi-final defeat – this time to Sevilla in the Europa League.

Had the team won, they would be facing Inter Milan in the final tonight in Germany.

The captain said he was “devastated’ by the semi-final exit in Germany.

He added: "We deserved to go through but ultimately we fell short at the semi-final stage, for the third time this season.

"It means a lot to us, the boys are devastated. We have a good group of lads who know what it means to play for this club and losing isn't acceptable. Getting to semi-finals isn't acceptable and we now have to look at taking it another step.

"Maybe that little bit of inexperience cost us in the end. Even when we are on top, creating chances we shouldn't concede that second goal.

"They worked it well down the right but we have to do better. We conceded from two crosses and it's not good enough."