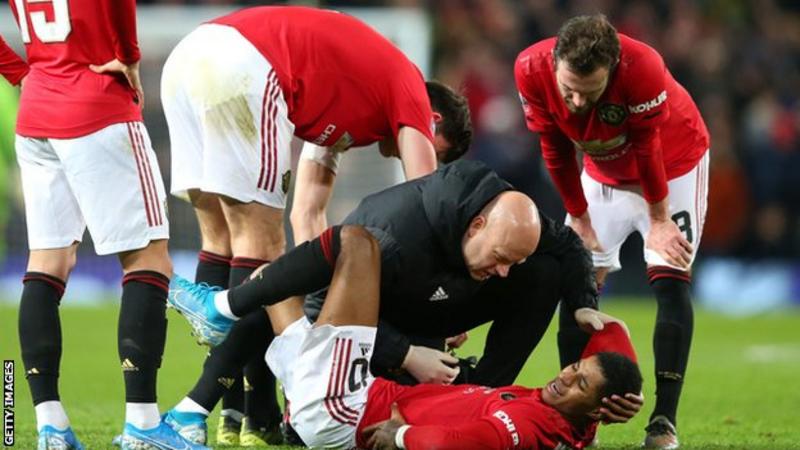 Manchester United boss Ole Gunnar Solskjaer expects top scorer Marcus Rashford to be out for a “few weeks” with a back injury.

The England international went off 15 minutes after coming on as a substitute in Wednesday’s 1-0 FA Cup win against Wolves after picking up a knock.

Rashford was not included in the squad for Sunday’s trip to Premier League leaders Liverpool.

“He got knocks against Wolves and aggravated his back,” said Solskjaer.

“We will give him time before we put him back on the pitch. I wouldn’t expect to be having him in the next few weeks.”

Rashford has scored 22 goals for club and country this season, with 14 of those coming in the Premier League.