When I captained Australia for the first time at home, the pressure for me was dealing with the expectation of a nation that was becoming accustomed to us winning.

It was the summer of 1994/95 and the commentary at the time was the Ashes were ours to lose. Even England captain Mike Atherton said he would have been happy to draw the series. 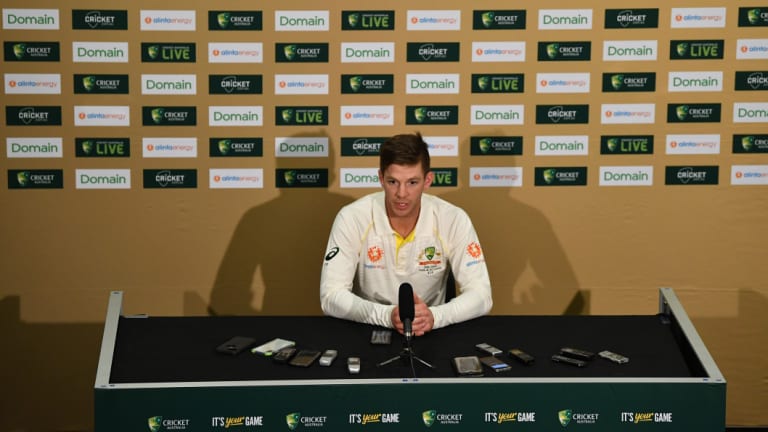 Glare of the spotlight: Tim Paine addresses the media in Adelaide, where he will be the face of an Australian team reinventing themselves in front of a home audience.Credit:AAP

Tim Paine is under a different form of pressure as he enters his first series as skipper on home soil. Not only will he be judged on wins and losses, all eyes will be on how his team plays the game.

This will be a difficult initiation, much tougher than mine. For starters, he does not have his two best batsmen, which will pose challenges for his inexperienced team.

A year ago, Tim was not playing for Tasmania; now he's been given the job which some say is as important as the Prime Minister's.

It might not be the career trajectory he would have expected but make no mistake he is the right man for the job.

We had no hesitation as a board in March to sign off on his appointment in South Africa and again later in the year when he had the job long term.

He might be turning 34 this weekend but his experience and maturity will be vital for such a young team.

One area where he is already making significant inroads is in team behaviour. I disagree with Michael Clarke’s comments about what it means to be a tough cricketer.

Being tough is not about sledging but playing well when conditions are not in your favour. As a batsman, it's about finding a way to make runs on a difficult pitch, while for bowlers it's having the courage to keep running in when it's 39 degrees, like it will be this week, and creating opportunities. 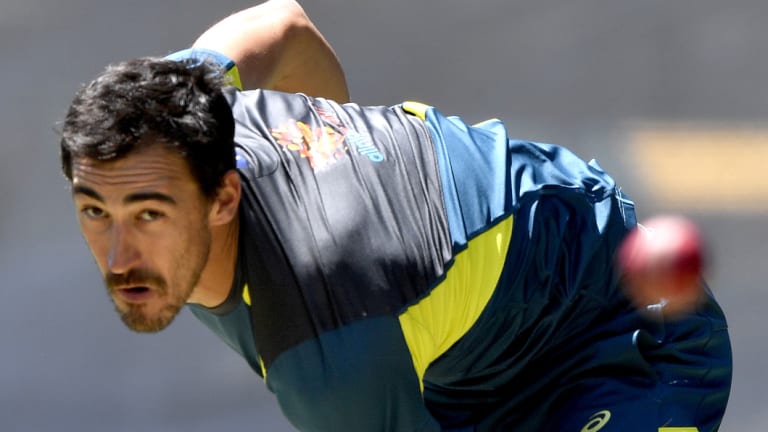 Balancing aggression and respect: Mitchell Starc in the nets during an Australian team training session at Adelaide Oval.Credit:AAP

There will not be a huge change in the way this Australian team play but they will be toning down aspects of their play which the public have given their emphatic disapproval.

They will not be spending as much time in team meetings discussing how they will put an opponent off their game.

This stuff happened too much in the past, and not just with Australian teams. I don't want to point the finger at Michael Clarke or Steve Smith but it's something that has come into the modern game as players have become more familiar with each other.

The introduction of Twenty20 leagues like the IPL means players from different nations spent more time together. They know what makes each other tick and also what gets under their skin. Unfortunately, familiarity has also bred contempt.

The positive out of what happened in South Africa is that it has allowed cricket to draw a line in the sand and do things differently. Despite the public commentary, cricket is not in a bad way.

Tim's Australian team can show this. They can win back the trust from the Australian public simply by giving their best shot and playing in the right spirit.

On a personal front, the last thing Tim will want is for there to be question marks over his form. I can assure him it's not a great place to be.

He does not need to make a mountain of runs but score them at important times like he did in the Ashes. Our keepers, like Ian Healy, Adam Gilchrist and Brad Haddin, have been very good at changing the momentum of games. I'm confident Tim has the ability to continue this tradition.