Australia have abandoned their policy of picking an all-rounder to shore up their frail batting line-up in the first Test, in a move that underscores the supreme confidence they now have in off-spinner Nathan Lyon.

Despite a glowing endorsement of his batting credentials by coach and selector Justin Langer, Mitchell Marsh was dumped from the XI in favour of Victoria's Peter Handscomb only two months after being appointed Test vice-captain. 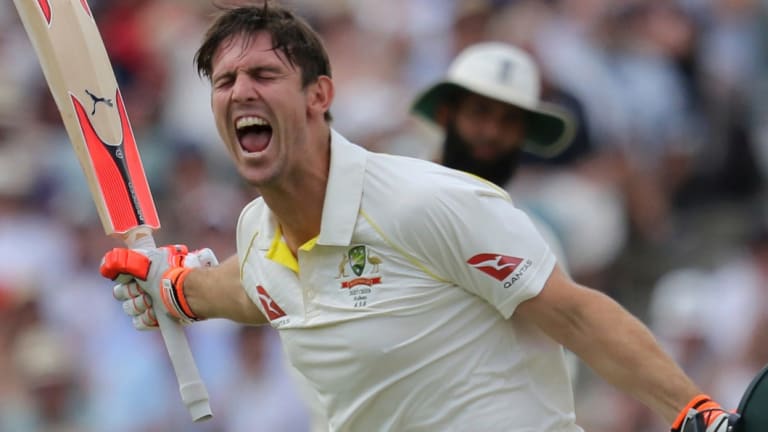 Happier times: Mitchell Marsh starred in the Ashes but has been dumped for the first Test.Credit:TREVOR COLLENS

Marsh's bowling had saved him from the axe in the past and his omission is a sign that selectors are deeply concerned by the gaping hole left in the batting by suspended duo Steve Smith and David Warner as they take on what has been hailed as the strongest attack India have taken to this country.

Australia's batting is almost unrecognisable from that which hammered England 12 months ago with only Usman Khawaja retaining his position in the order. Opener Marcus Harris is on debut while Aaron Finch and Travis Head are playing their first Test on home soil. 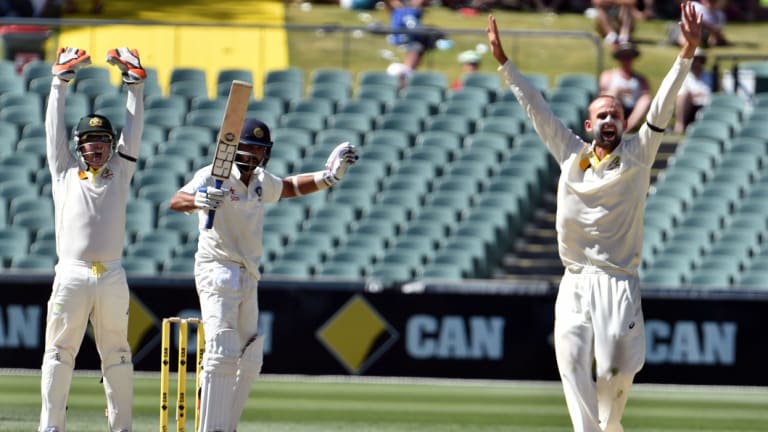 Show of faith: Nathan Lyon will have a heavier workload and more responsibility in the absence of Mitch March.Credit:AFP

"The wicket over the last few years here has given enough throughout the game [to not need an all-rounder]."

Without Marsh's seamers, there will be added pressure on Lyon, the greatest finger-spinner the country has produced, to maintain his exemplary form, which would enable Paine to give his quicks longer breaks between spells.

"The quicks are going to have to bowl a bit more and we have full faith that Nathan Lyon can do the job in any conditions," Paine said.

"He's shown that over the last few years, he bowled a mountain of overs in the UAE and our quicks are fresh so we can cover that."

Should an extra option be needed, Paine can call on the part-time off-spin of Travis Head.

"We have options there but we'll be backing our bowlers," Paine said.

With four Tests in a month, some of them on unforgiving tracks, the value of Marsh's bowling should increase through the series.

The West Australian, who starred in the Ashes, had a nightmare run in the UAE and, despite crashing 151 in the Shield last month, left his position vulnerable by failing to reach 50 in his past four knocks.

Marsh will play in WA's Shield game against Victoria starting Friday at the MCG.

"We know he is good enough to be a genuine all-rounder at Test level, he probably just hasn't put it together consistently enough," Paine said.

"Going forward we've got full faith in him being a Test all-rounder and as this series wears on and we get to places where the wicket might be a bit flatter and conditions might be a little warmer and our bowlers a bit tired then the all-rounder position becomes important."