Dozens of racegoers can be seen wrestling and swinging at each other as desperate stewards scrambled to try and control the situation. 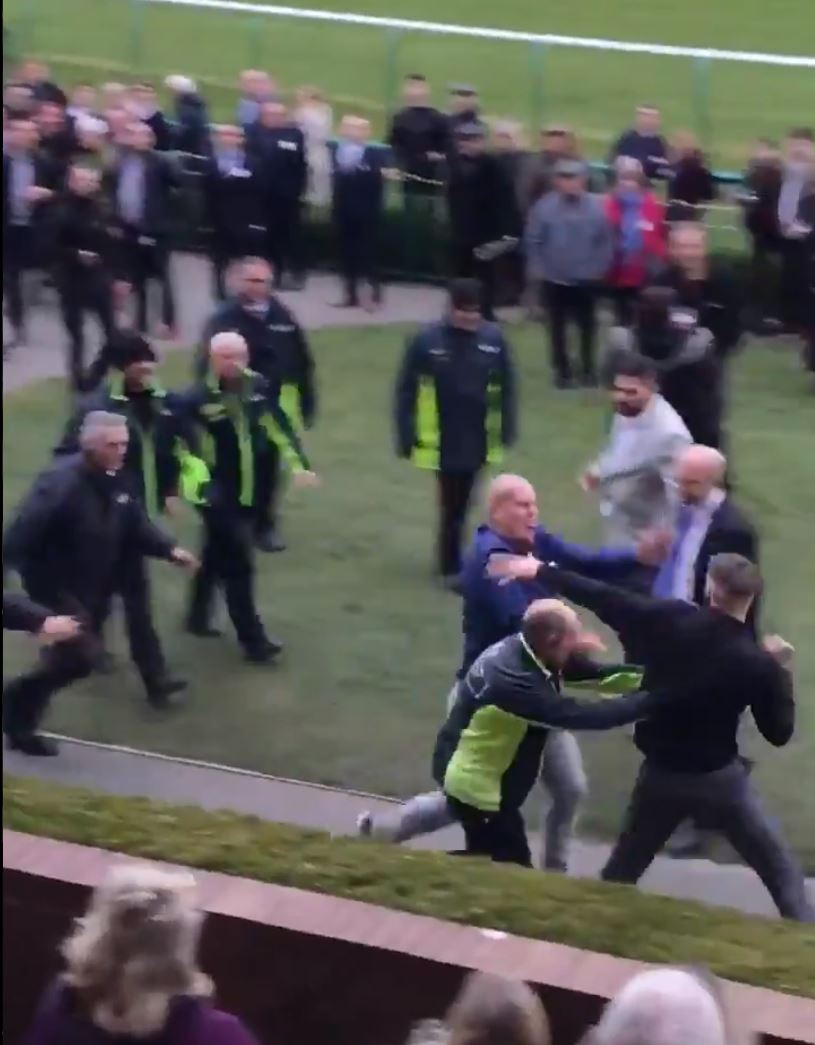 The woman and youngster were seen running for safety as spectator benches were flipped over and grown men lashed out.

It's unclear for now what kicked off the mad scramble at Haydock – but it looks as though the violence breaks out amidst a fight between two men.

Others then leap into the foray in truly ugly scenes that continued even as the final race started.

Eventually the instigators were subdued and are led off by course officials.

Merseyside Police said a 26-year-old man was arrested and charged with affray after the violence erupted. 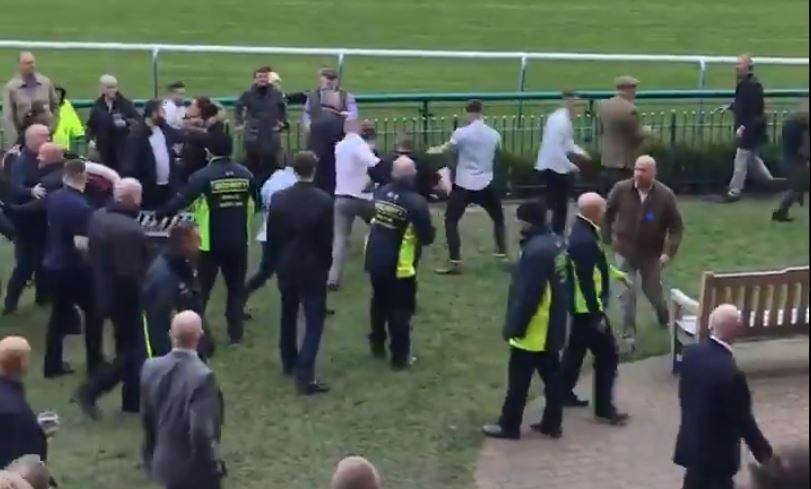 Video footage of the scrap was uploaded to Twitter and had racked up over 34,000 views in little over an hour.

"Looks like Police arrived a good 25 minutes later. Horrifying and traumatic for everyone around including children."

Another, Chris Cooper, said: "Can't get my head around fighting at horse racing it's not the place 4 (sic) it. How lucky that baby wasn't in the push chair." 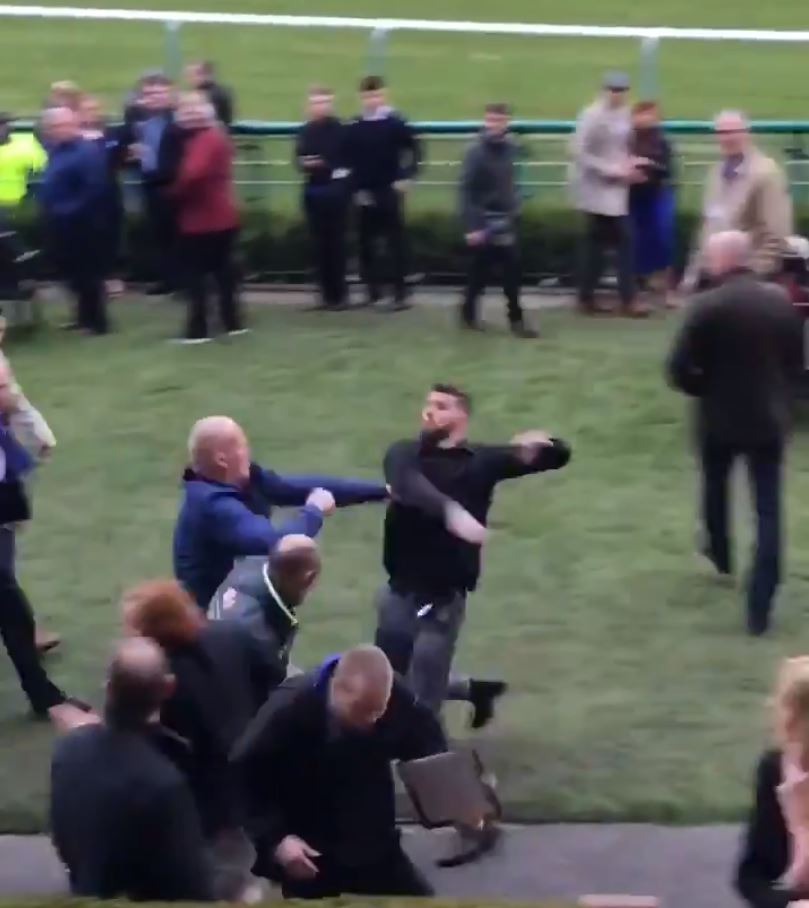 A Haydock Park spokesman, said: "We take a zero tolerance position on antisocial behaviour. The perpetrators were ejected at the time and we are continuing to work with the Police on this matter."

And police said in a statement: "We can confirm a man has been arrested following reports of a disturbance in Haydock this afternoon, Saturday, 16 February.

"At around 4.50pm, officers were called to Haydock Racecourse following reports of a disturbance involving a group of men.

Horrifying and traumatic for everyone around including children.

"Officers attended the scene and following further enquiries, a 26-year old male was arrested on suspicion of affray and possession of a controlled drug.

"No complaints were made and there have been no reports of any injuries at this time.

"The arrested male has been taken to a local police station for questioning."
It's the latest bit of bad news out of the world of horse racing – on the back of a turbulent month thanks to an outbreak of horse flu.

All racing in the UK was cancelled for six days from last Thursday as a safety measure after three horses tested positive for the infection at Donald McCain's yard. Three further cases were later reported at his stables.

Horses in 174 yards were placed in lockdown during that time until racing resumed this Wednesday.

Yet there has been more chaos with new vaccination rules meaning some horses are still unable to compete. 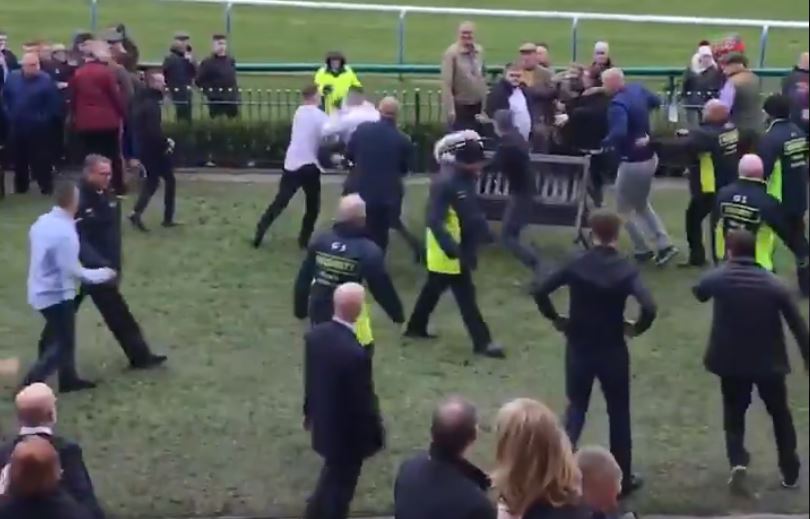