TIGER WOODS is to blame – he showed Augusta could be taken apart as a precocious 21-year-old – and he was in the thick of it again as he set up a sensational final-round showdown against Francesco Molinari.

Blink and you would miss a birdie, such was the glut of low scoring at Augusta. Take a toilet break and you were likely to miss an eagle, or maybe even two. 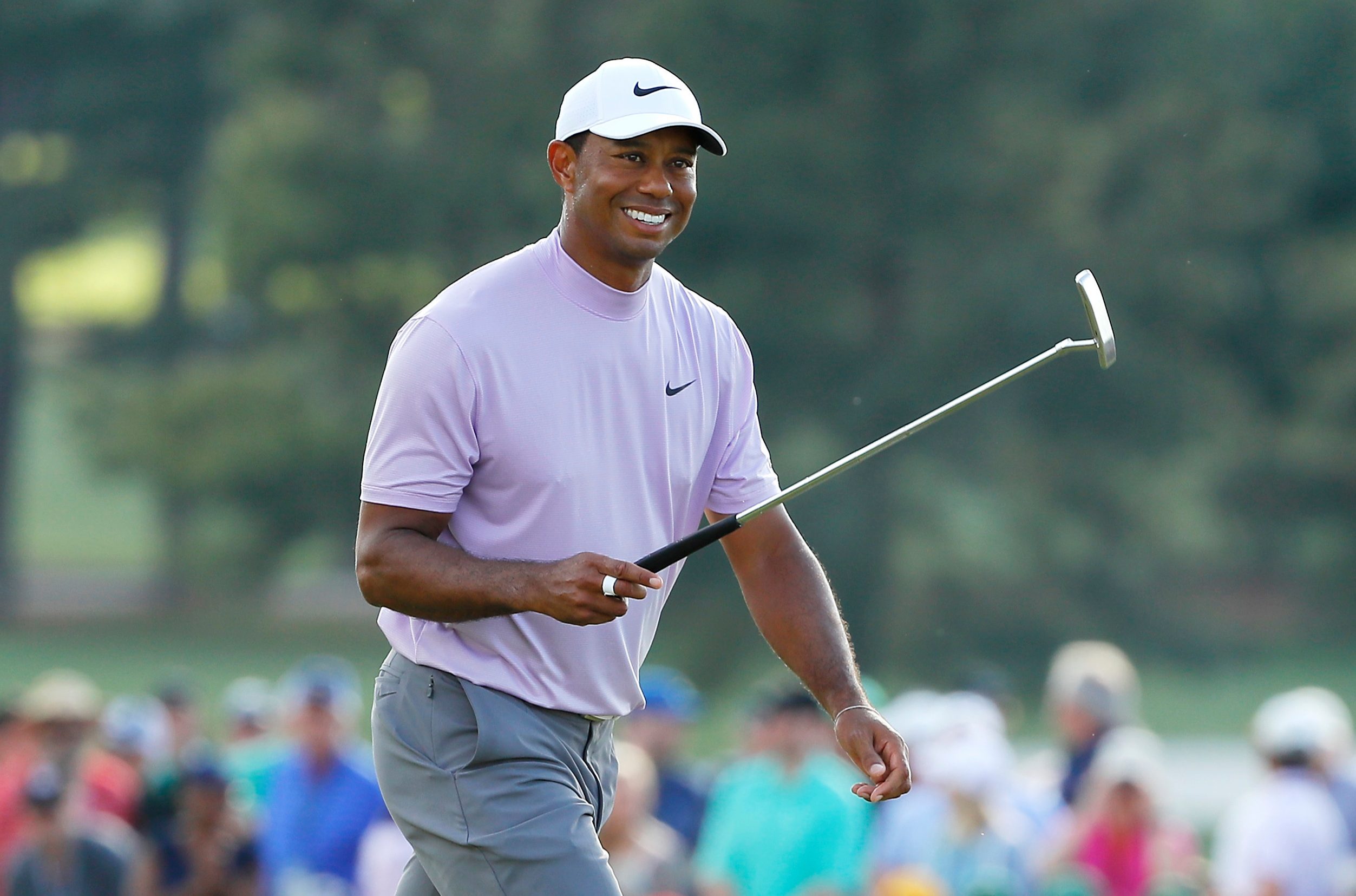 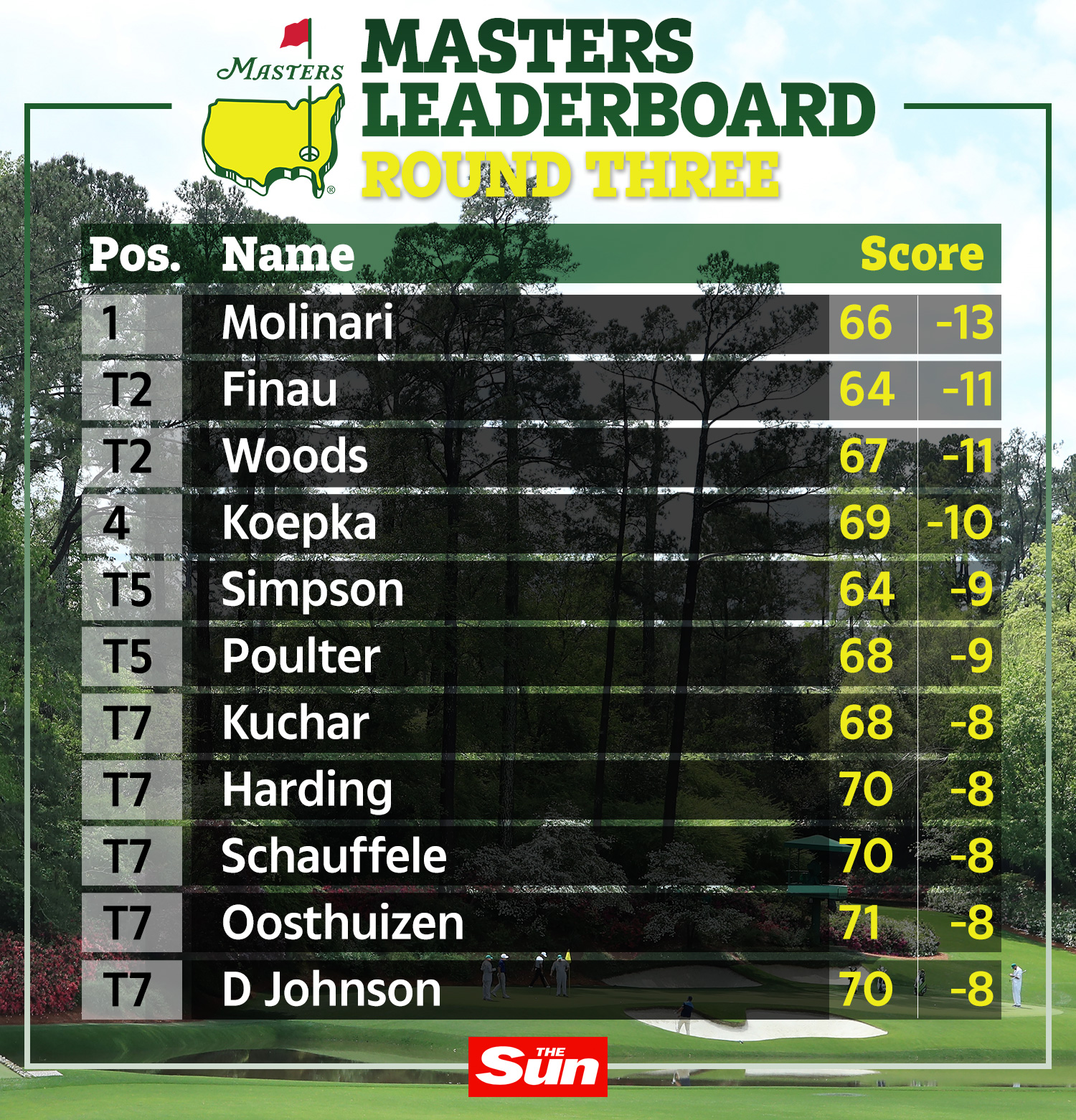 That was what it was like in the third round of the 83rd Masters, as Woods and the rest of the world’s best golfers took a liking for the rain-softened course, and chewed it to pieces.

One thing you would not miss was a Molinari bogey. He doesn’t make them. Well, hardly ever.

After playing the final 37 holes of the Open without dropping a shot at Carnoustie last year he has now gone 43 holes without a blemish.

But just keeping bogeys off your card was never going to be enough, and Molinari joined in the fun, to devastating effect.

After starting with five straight pars to weigh up what the opposition was doing, he birdied six of the next ten, including four in a row from the 12th, and at 13 under he was two shots clear with two holes to play.

There has not been a birdie-or-better glut like this since Woods tore the record books up with the first of his four Masters victories in 1997 – recovering from four over par after nine holes to finish 18 under.

There were THREE 64s – just a shot off the course record, and there have only ever been two rounds of 63, the last of them 23 years ago before the course was supposedly Tiger-proofed.

Wannabet? Woods, who is on 11 under, the same score as American Tony Finay and two behind Molinari, is breathing down the Italian's neck after adding a five under par 67 to his previous rounds of 70-68. Tiger is back alright, and Augusta is his favourite hunting ground.

This is the fifth time Tiger has completed the first three rounds in 205 shots or less – and guess what, he went on to win on each of the four previous occasions.

But he will remember that he played alongside Molinari in the final round of last year’s Open. And although he hit the front on the back nine it was the Italian star who finished strongest to take home the Claret Jug.

Woods went on to finish runner-up to Brooks Kopeka in the US PGA Championship, and his Ryder Cup team-mate is also in the thick of it, along with Ian Poulter, Dustin Johnson – and about a dozen others.

Woods commented: "I tried to be as patient as possible. The greens were soft and the balls weren't repelling. So I thought I'm going well, and maybe it’s time to give it a bit more gas.

"There are storms forecast for tomorrow but we are going out early. The winds are supposed to be up to 17mph so the ball will be going quite a bit."

Woods shares second place with Finau, who tore ankle ligaments in a freak fall last year and still managed to shoot two rounds in the 60s. And claim a top ten finish.

We wondered what Finau might do here on two good legs, and he showed us. He covered the front nine in 30 shots – six under – and added two more birdies on the way home for the most telling of the 64s.

Webb Simpson matched him, but having started way back on one under par his career-best effort at Augusta only lifted him to nine under, three off the lead.

The first evidence that Augusta was virtually defenceless was served up by Patrick Cantlay, who started his third round at two over, before the leader’s alarm clocks had sounded.

His 64 took him to within a shot of the overnight lead at six under, but he quickly disappeared into the pack as the later starters also went lower than a bow-legged limbo dancer.

It was hard to keep pace with the scoreboard as the players traded positions after practically every hole. The realisation that it was birdie or bust consumed the entire field, and all-out aggression became an absolute must.

The big-hitting Finau summed up the mood, saying: I was hitting my driver well and that means I can attack the course if I'm doing that.

"I felt calm and comfortable and my scores showed that. I was happy to make birdie on one and was off to the races.

"I drove it nicely and got in that zone but I looked at the leaderboard and knew I needed to keep making chances because the other guys are playing well. You can't let your foot off the gas, but I'm well in contention and happy about that."

That sentiment was echoed by everyone who took part in the birdie feast. And the decision to bring forward today’s tee times, and employ a two tee start, means we get to it all again today – only earlier. 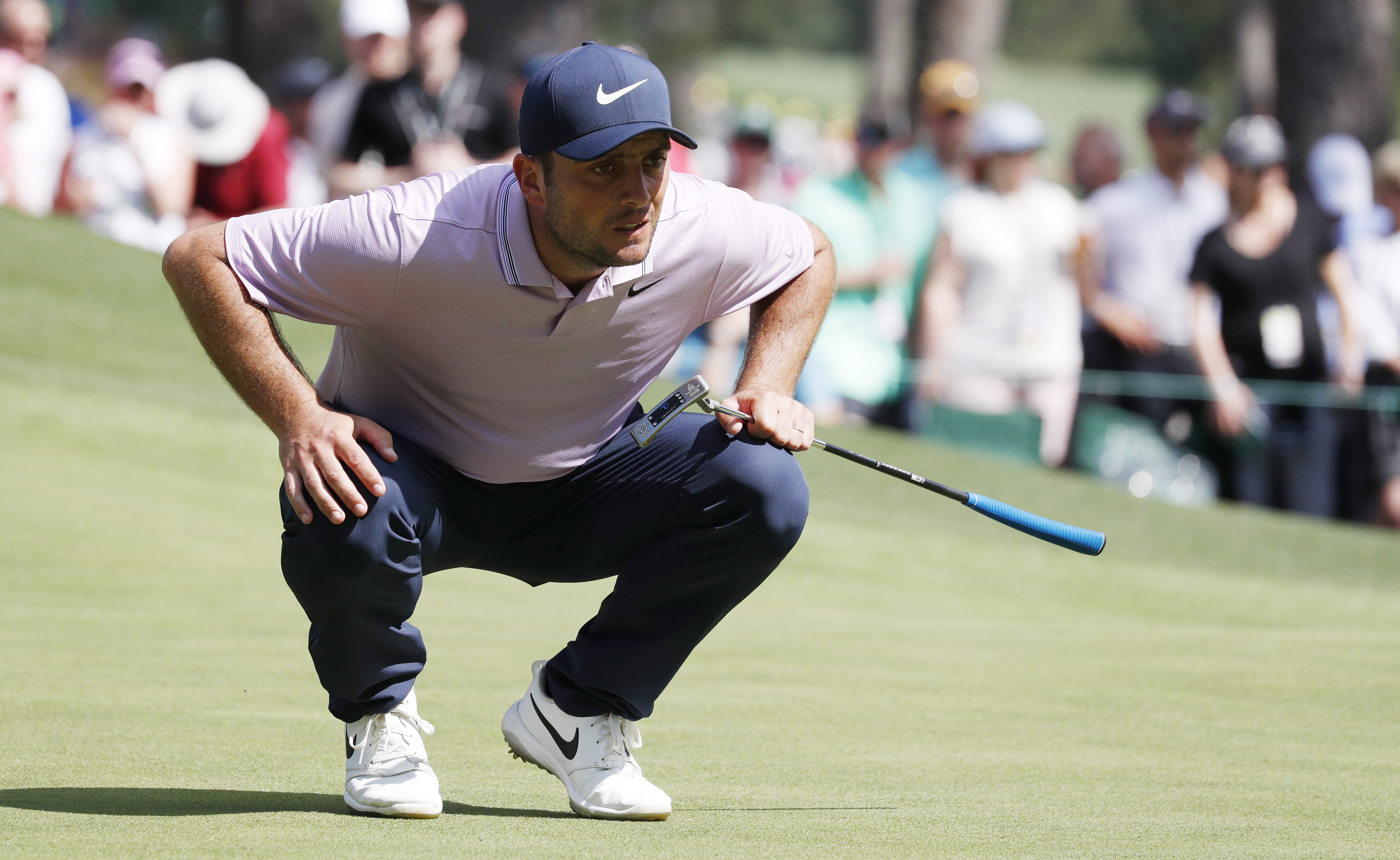 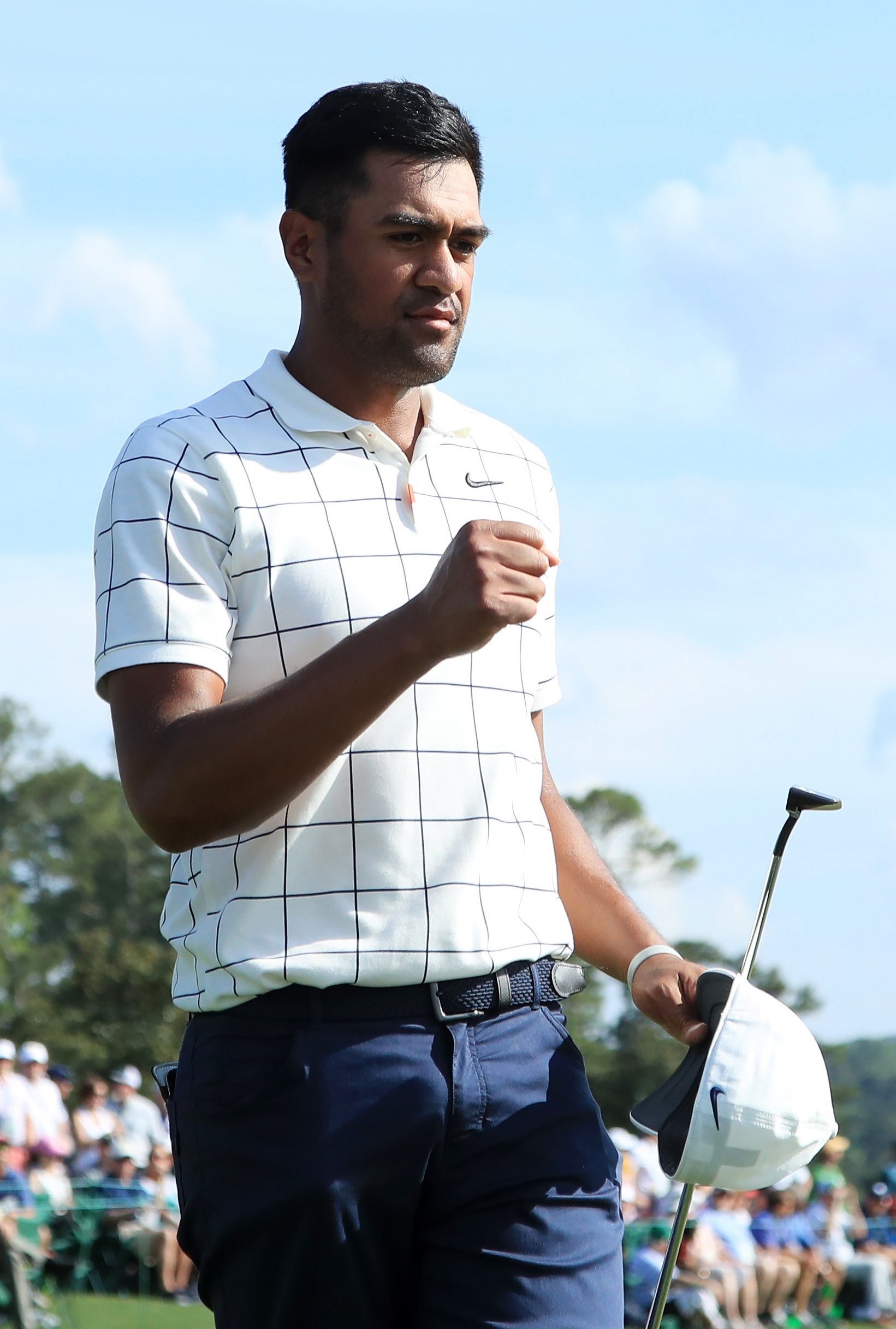 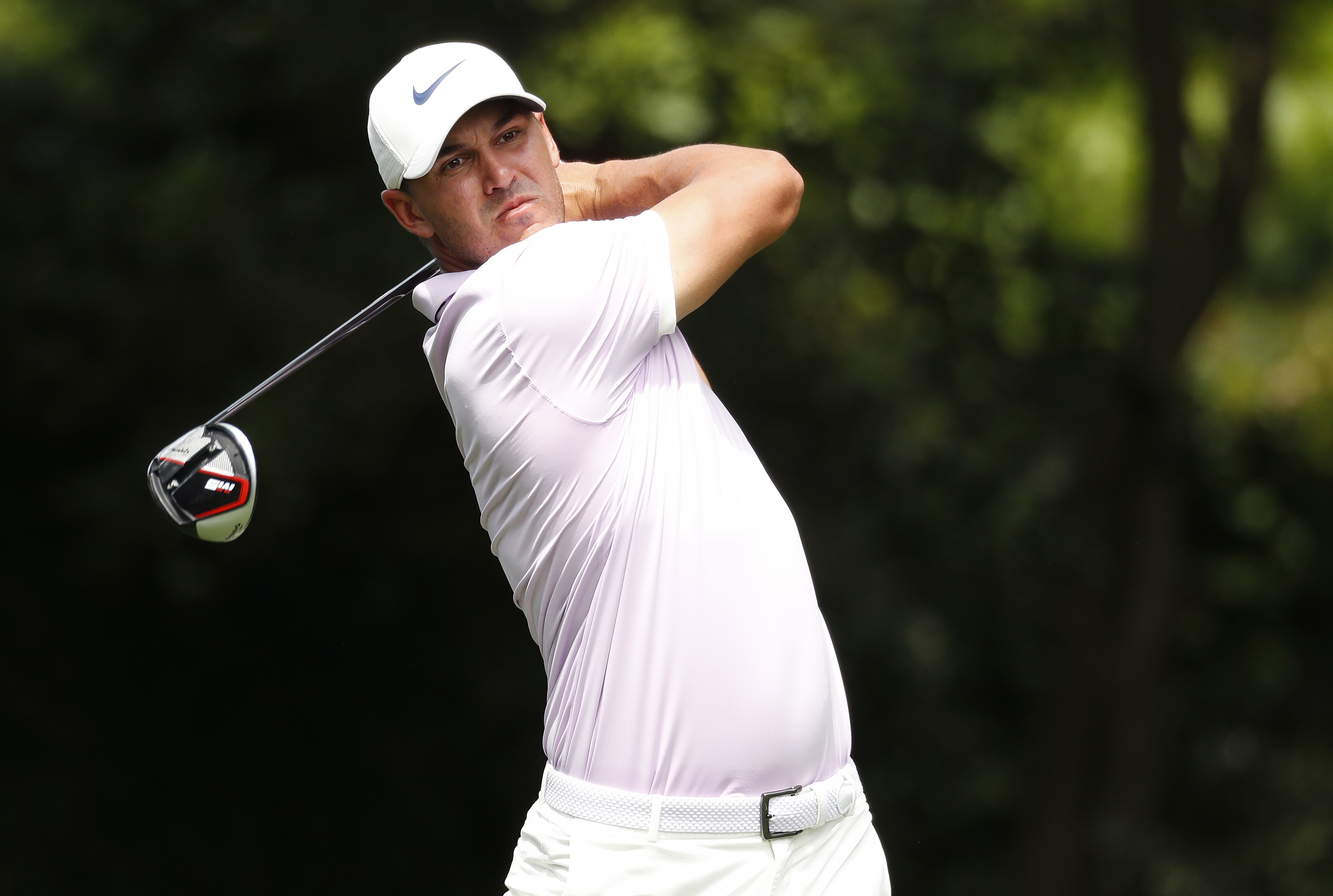