The Belgian was the star of the show as he assisted the first before ending his 12-game goal drought to double Chelsea’s lead before half-time. 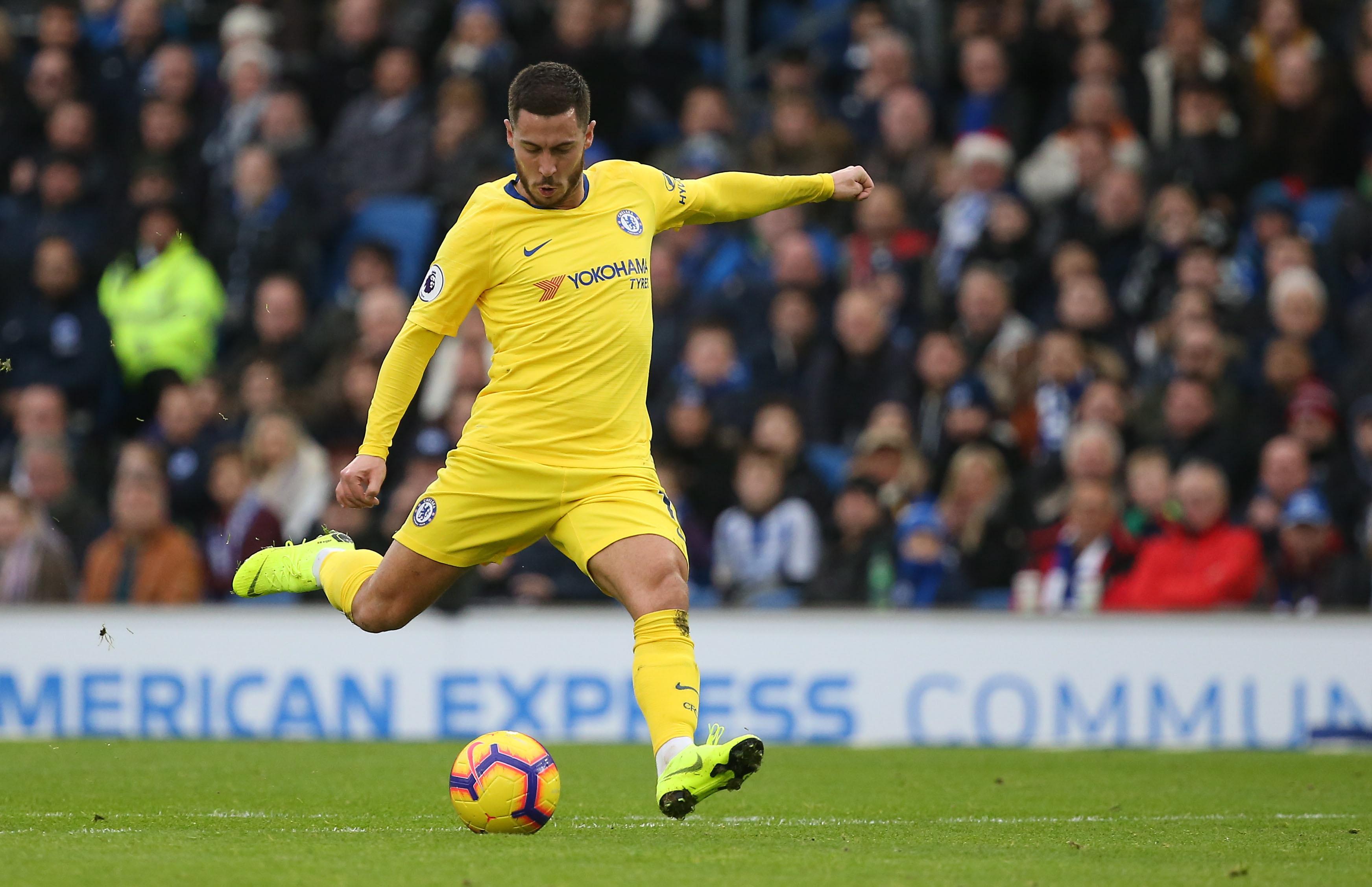 He then hobbled off with seven minutes to play after taking a brutal blow to the ankle as Chelsea clung on to three vital points.

Despite not playing in his favoured position, Sarri hinted that he will continue to set up with Hazard playing through the middle but still wants to see an improvement.

Speaking after the win, the Italian said: “I think for us he could be very important in his position because he’s very able to come deep and play into spaces.

“But I think in that position he has to improve when attacking in the box.” 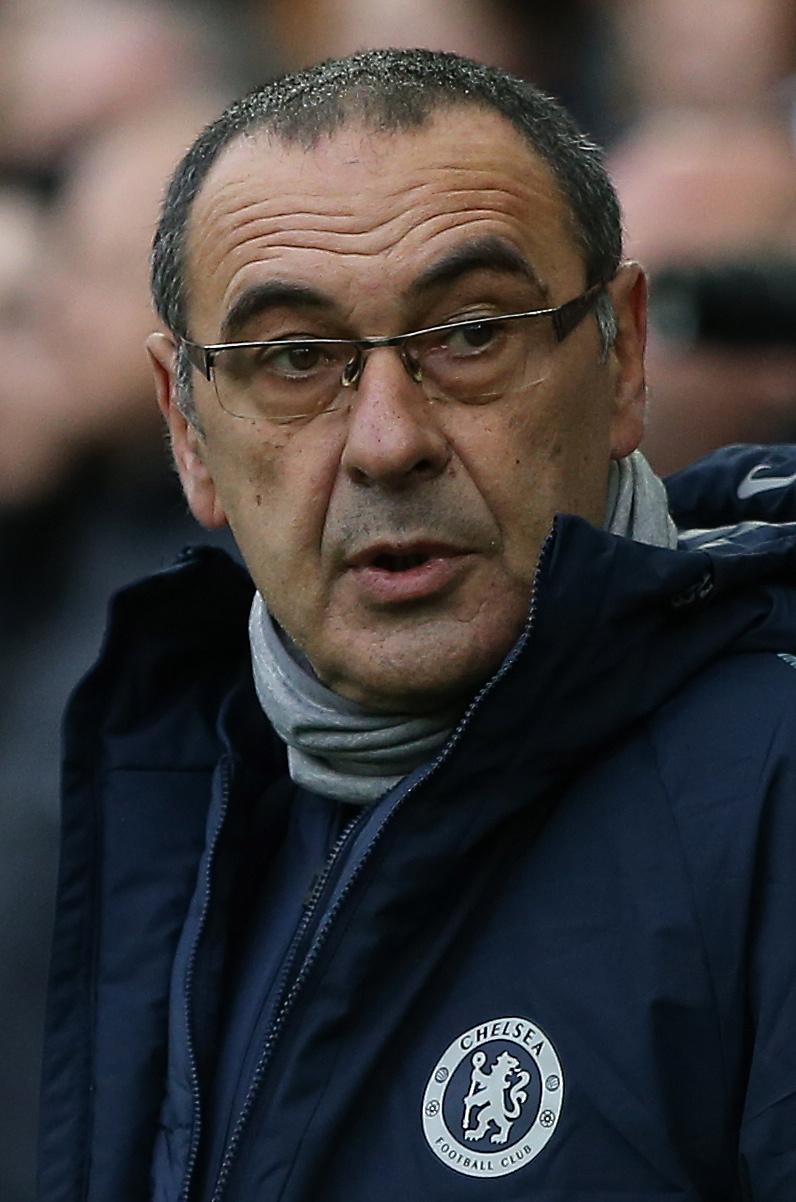 Sarri also eased any injury fears despite the forward wincing in pain as he headed down the tunnel at the full-time whistle.

He added: “Eden is okay, it’s only a knock, I spoke with the doctor and he said it’s not a big problem.

Chelsea were in cruise control and threatened to run riot after two first half goals.

But Solly March set up a nervy finish with a 66th minute strike and Sarri admitted his side’s complacency could be their own worst enemy. 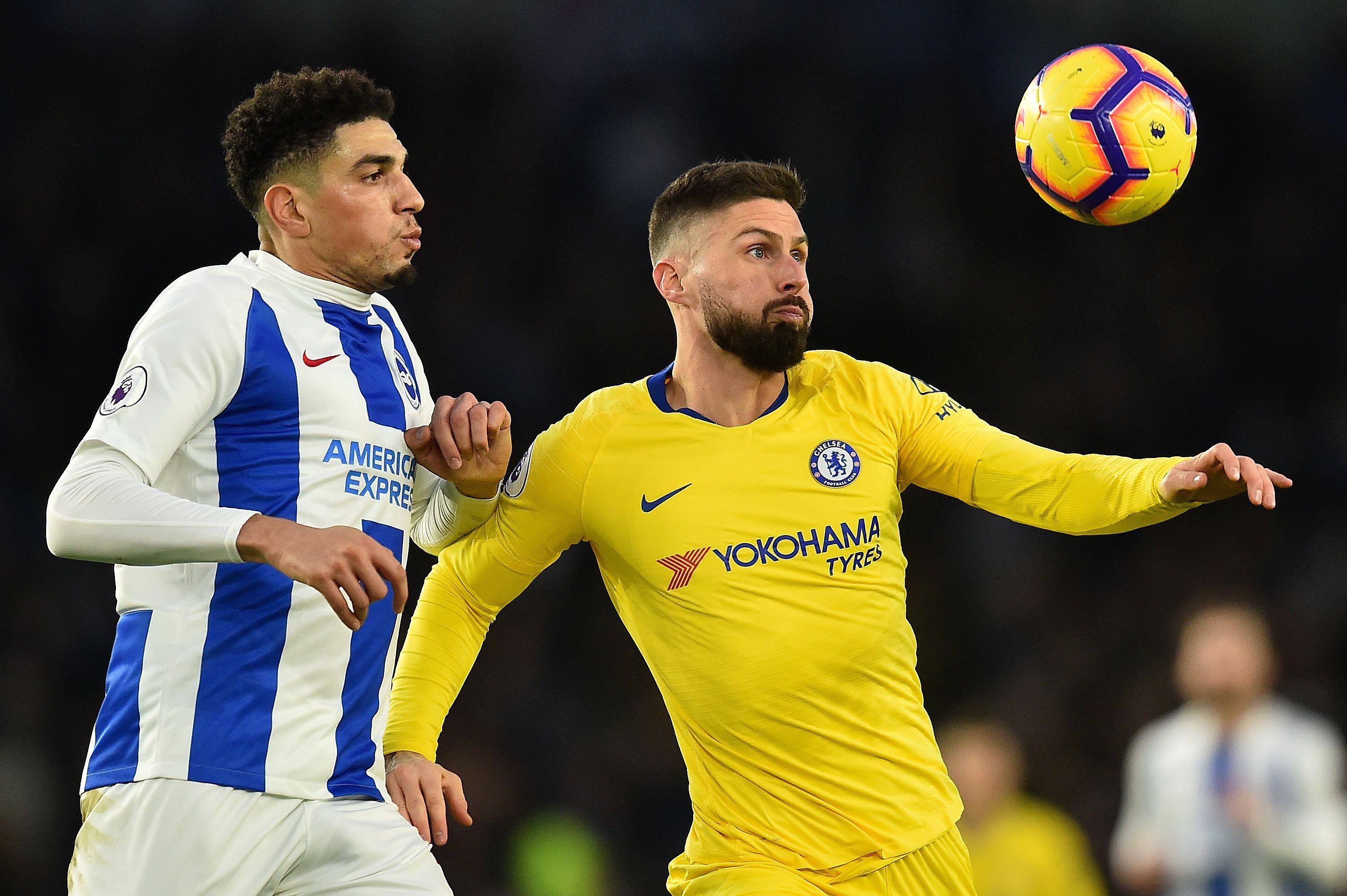 He added: “It’s dangerous for us when we feel we are in control of the match.

“We conceded a goal in the moment when we are in full control. We definitely could have won better because we played very well for 60 minutes.

“We are not a physical team so with the subs I tried to have a more physical impact in the last five minutes. We could have won better.”

Arsenal’s slip up away at Southampton means Chelsea are now three points clear of the Gunners in fourth. 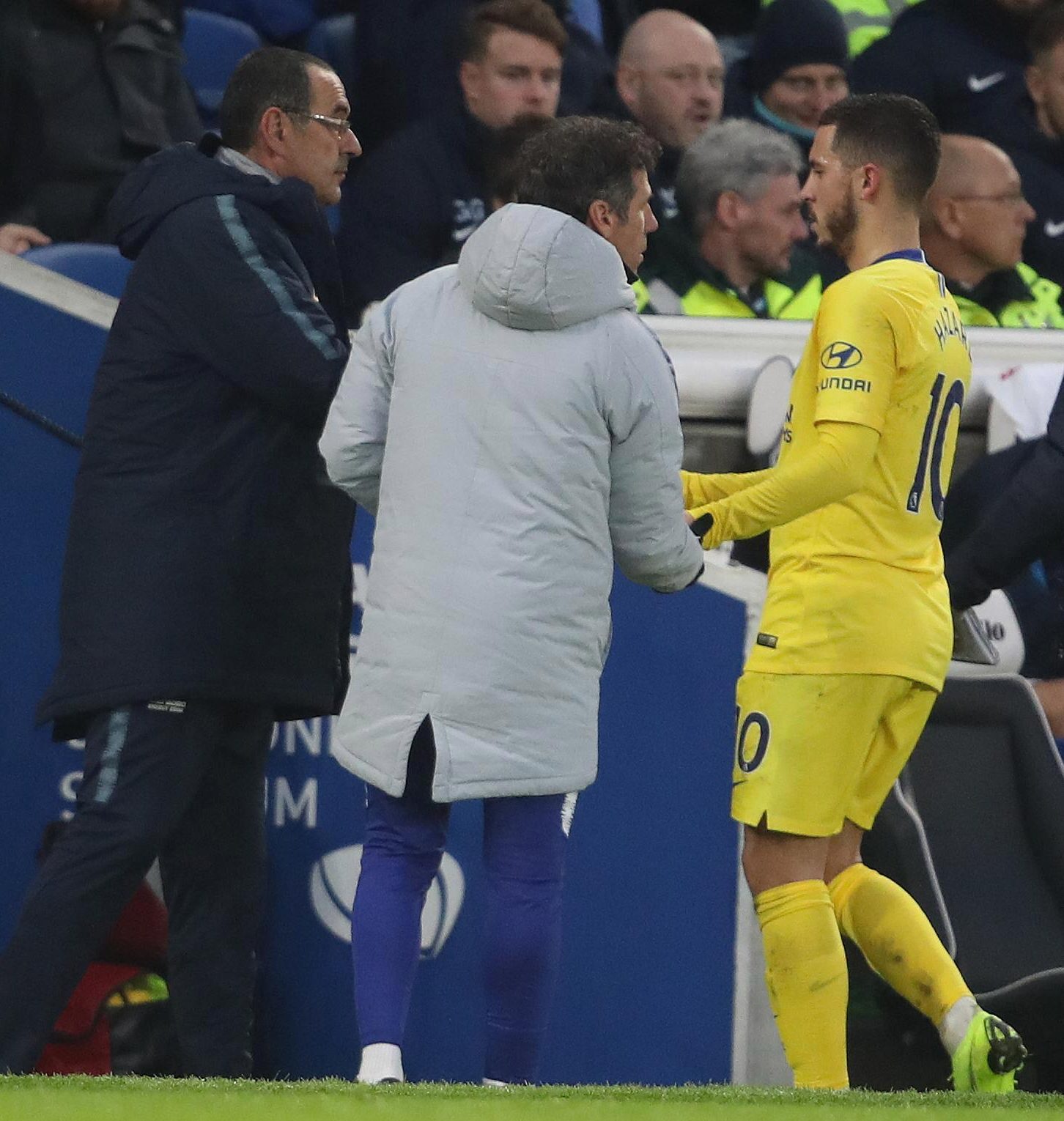