REMEMBER "Tank for Zion"? Well, get prepared to hear "Tank for Victor" for the next year of your life.

At 7ft 2in aged just 18, French center Victor Wembanyama has been tipped to go No1 in the 2023 NBA draft for TWO YEARS. 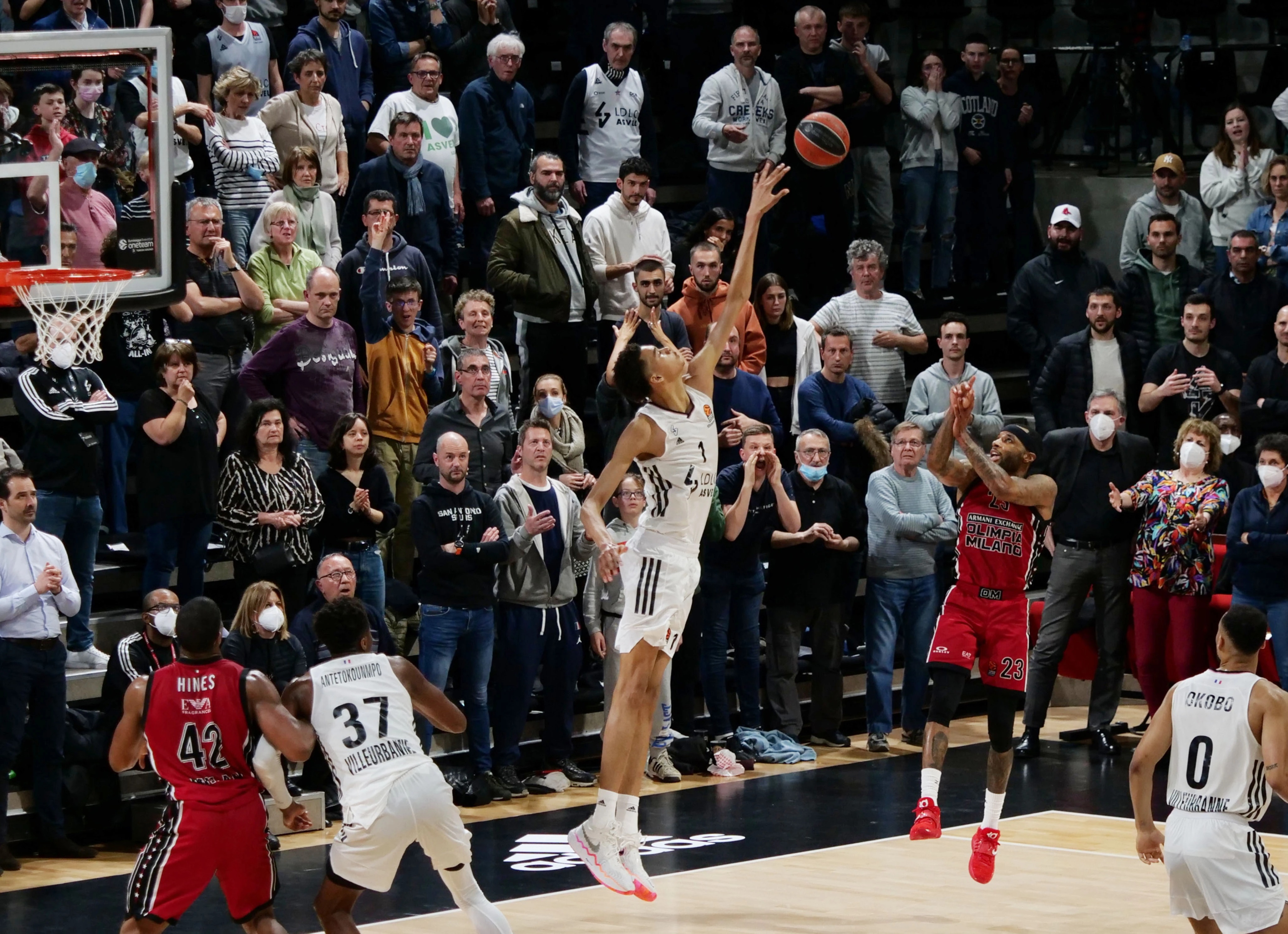 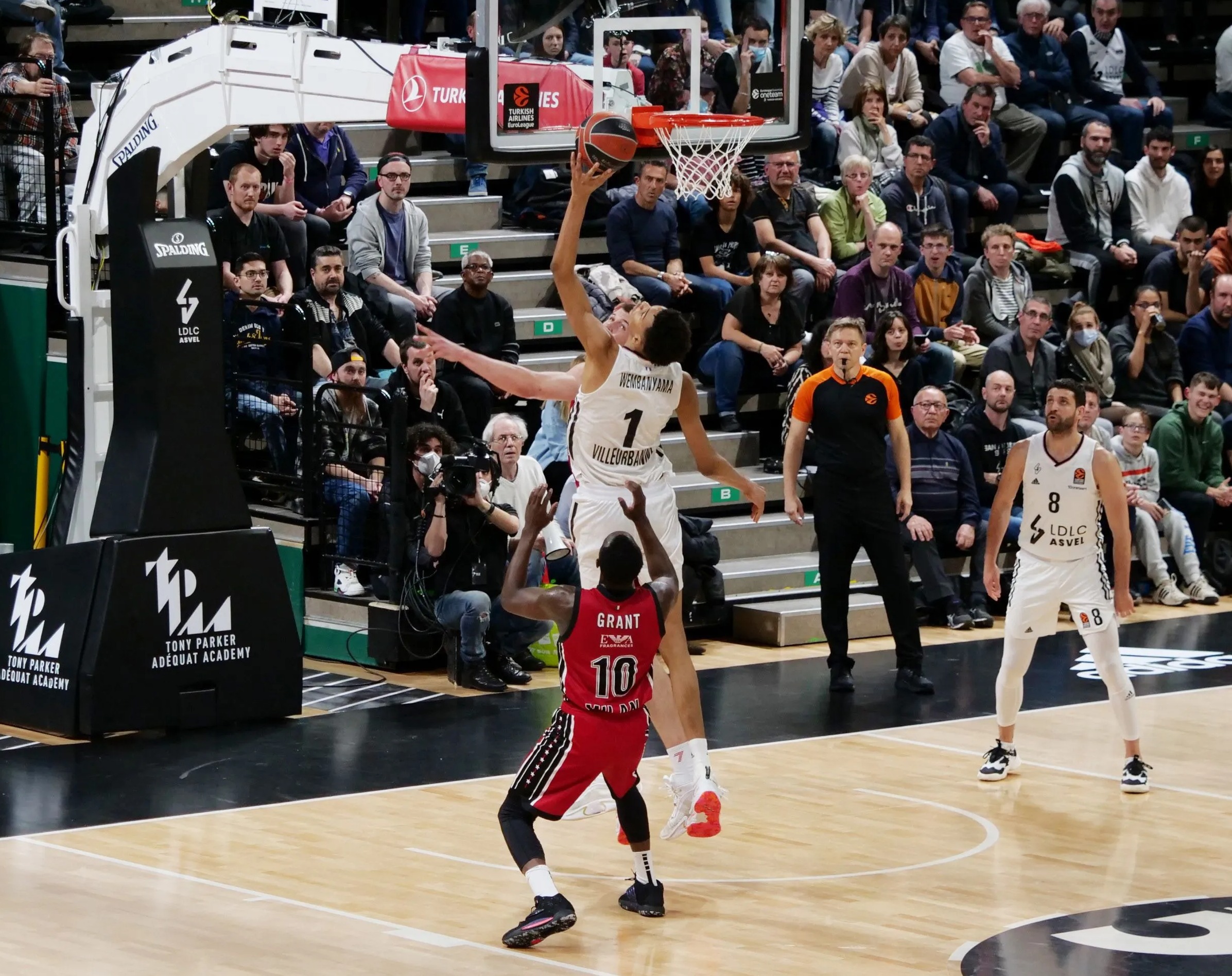 Sure, we've heard that all before. Zion Williamson, Ben Simmons and Andrew Wiggins have all been massively hyped up during their college days.

Luka Doncic is the biggest American import to have been burdened with the 'next LeBron James' tag in recent years.

But now, the world is preparing for a new big star. A really big star. 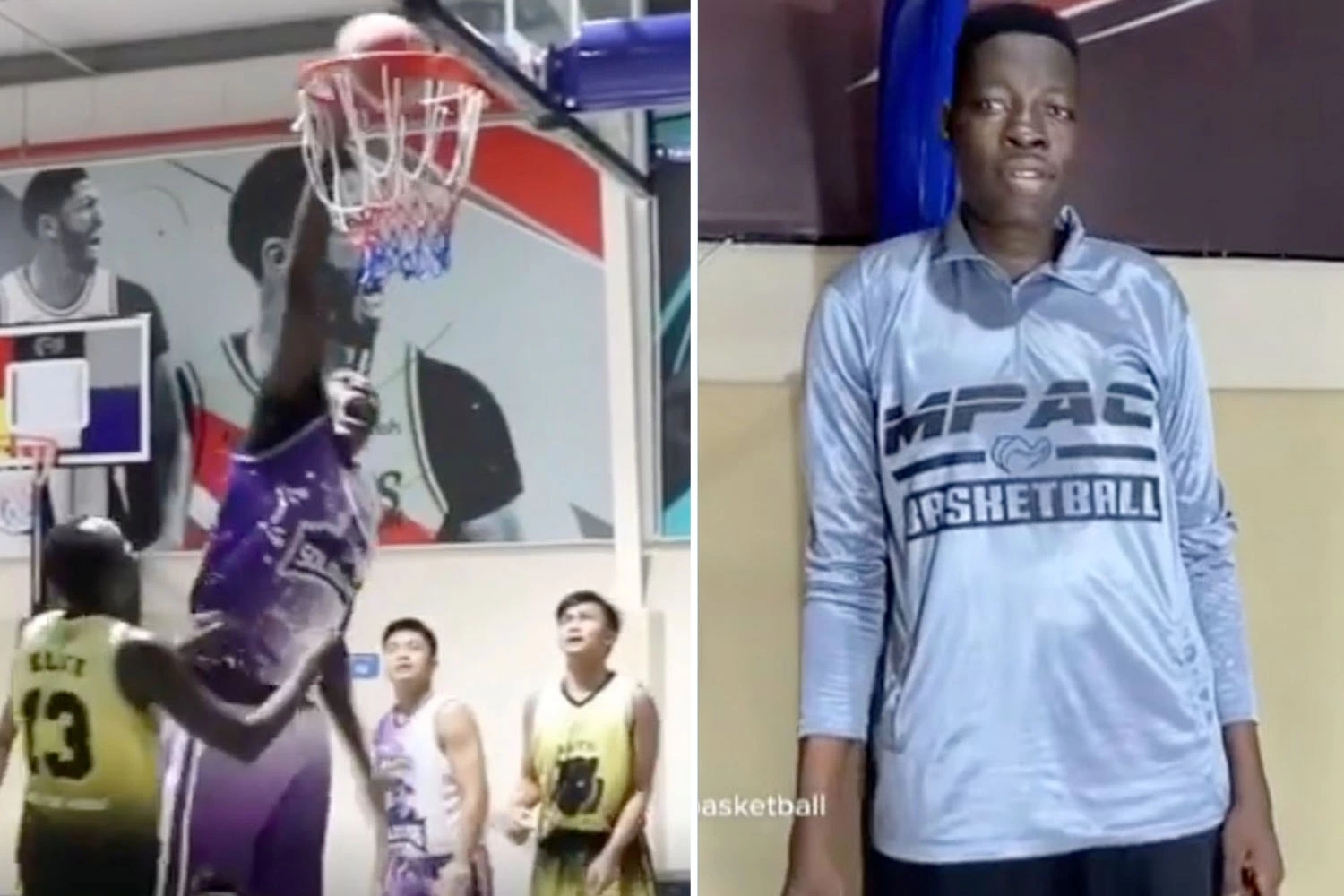 At 7ft 2in and with a wingspan of 7ft 9in, Wembanyama almost goes against what the modern-day NBA center looks like.

Height will aways be important but being able to stretch the floor and shoot a 3 is seemingly as important as rim protection for many teams.

Very rarely, a coach is blessed with a player who can do it all – like Nikola Jokic, Karl-Anthony Towns or Joel Embiid.

But in Wembanyama, coaches will be getting the length and swatting ability of Rudy Gobert with the handles and shooting of a wing player.

Ronaldo 'assaulted' my son, 14, then acted like we owed HIM a favour

Last year, in the FIBA Under-19 World Cup gold medal game between France and USA, Wembanyama was sensational and more than held his own against the best prospects America had to offer.

The Frenchman put up 22 points, grabbed eight boards and blocked a staggering EIGHT shots in the narrow 83-81 defeat as he set a FIBA record for most blocks per game (5.7) in a single tournament.

Wembanyama was up against Chet Holmgren that day – a consensus five-star recruit and almost-certainty to go No1 in this summer's NBA draft.

And it's fair to say Wembanyama outplayed Holmgren – and this was when he was only just 17 years old.

During the tournament, the big – able to play power-forward as well as center – swatted 40 shots, exactly double that of the next top blocker and 21 more than Holmgren, who managed 19 during the World Cup.

He shot 9-9 from the free-throw line in the final too, proving he is more than capable on offense, with three-point shots from "Steph Curry range" in his repertoire.

Of course, given his height and frame, Wembanyama is happy to get to work inside but has also demonstrated superb touch with unguardable sky-hook shots to go with explosive alley-oop dunks.

The France whiz also boasts incredible vision, with his passing an underrated skill in his arsenal, according to top NBA international scout Jason Filippi.

Tall, slender, able to shoot from multiple areas and defend well. Sounds a bit like a younger, taller Kevin Durant, no? 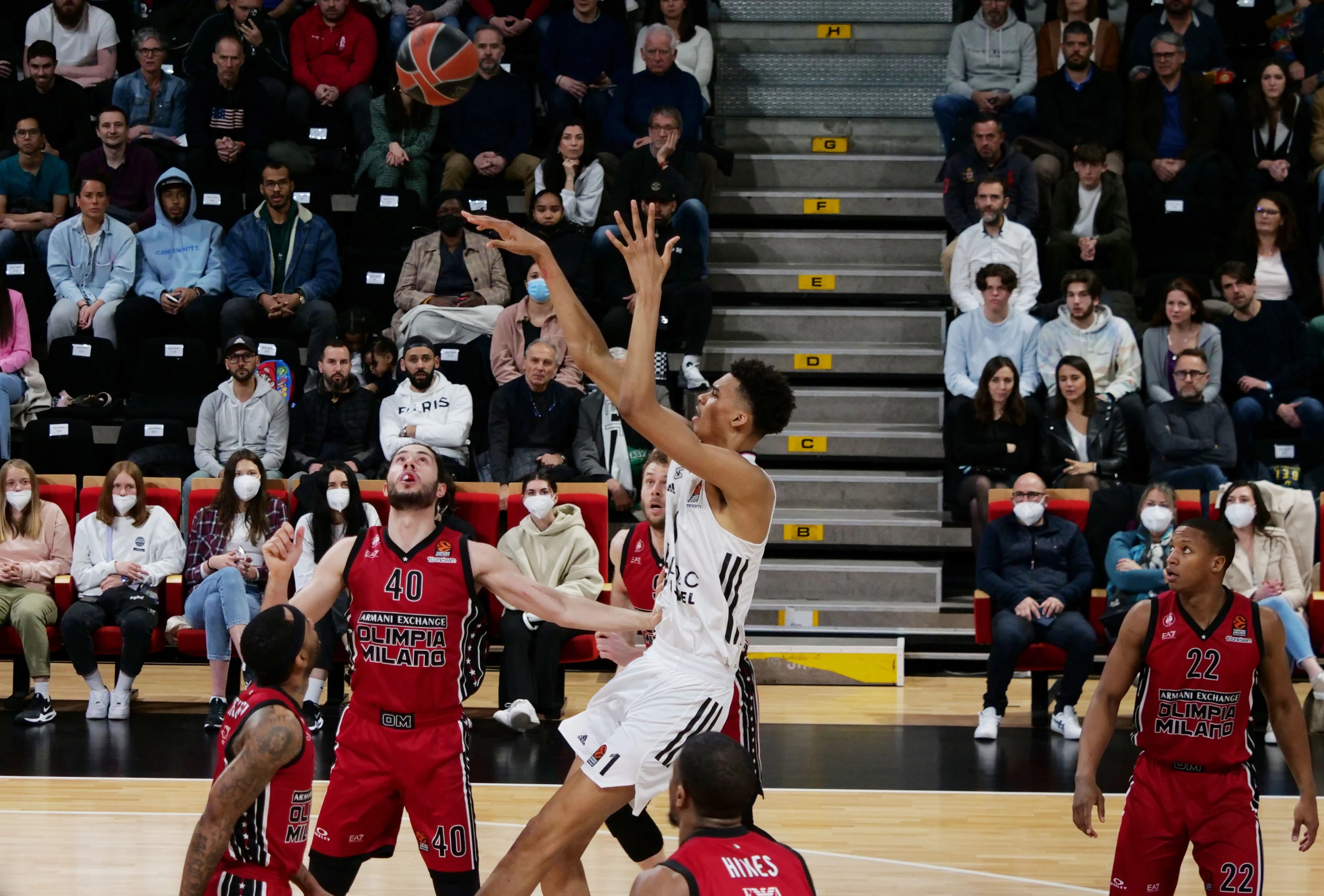 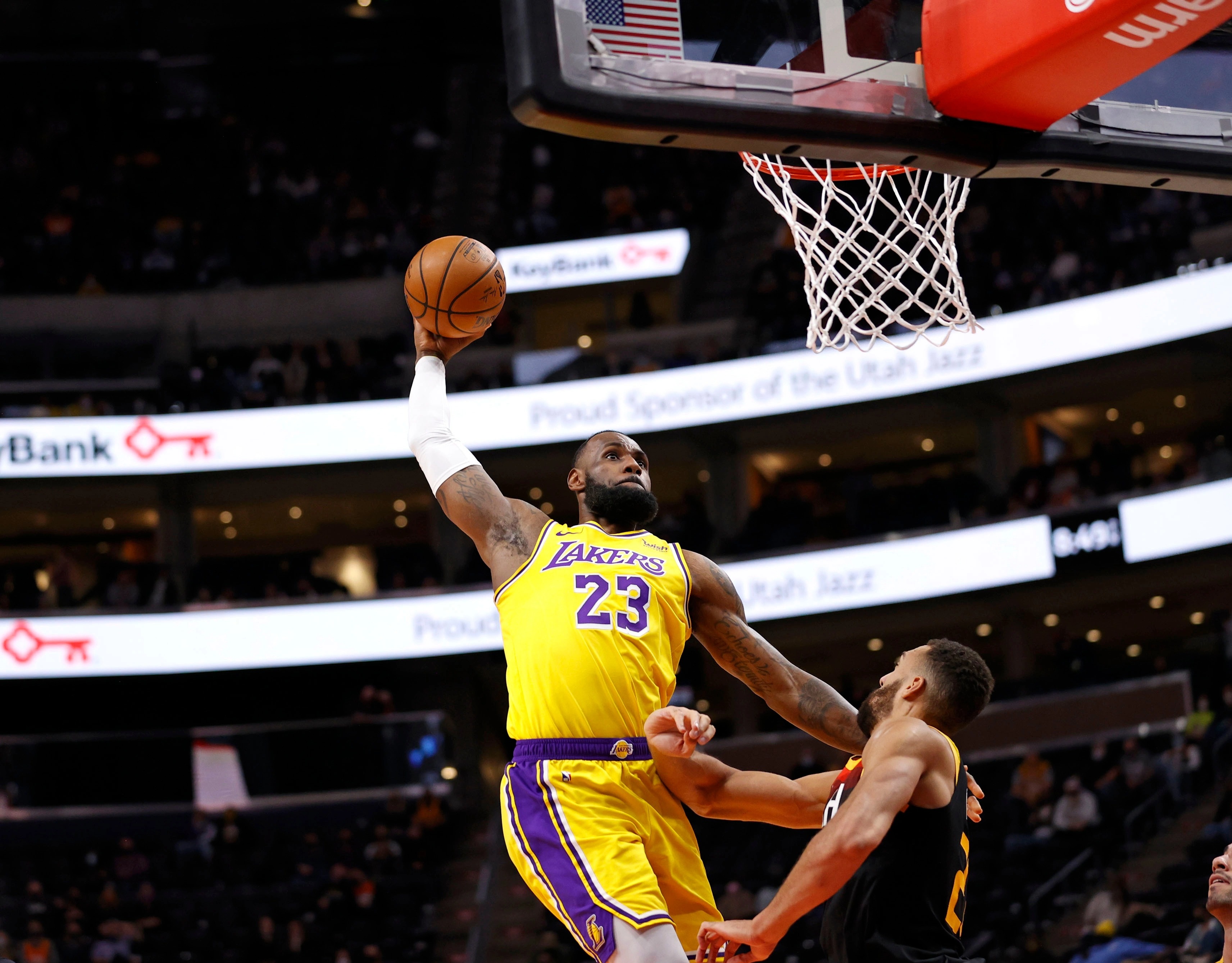 It seems Wembanyama has it all. But let's start from the beginning…

Wembanyama grew up playing soccer and even trying his hand at judo.

He joined the youth system of top-tier (Pro A) French side Nanterre 92 aged just ten.

His parents – both athletes in their youth themselves – rejected moves to European giants like Barcelona to ensure he continued his development in France.

Wembanyama's mom played basketball professionally while his dad was a pro high-jumper.

His big sister, Eve, is also a professional basketball star and even helped France win the gold medal at the Under-16 FIBA Women's European Championship in 2017.

Wenbanyama made his Pro A debut in September 2020 and was namedthe league's Best Young Player following his first season.

He joined Lyon-based ASVEL that summer as he stepped up to the EuroLeague – where the likes of Doncic and Manu Ginobili cut their teeth as youngsters.

Wenbanyama signed a three-year contract in the summer of 2021 but is almost certain to declare for the NBA draft in 2023, a year before his deal in Lyon ends.

Just imagine what he'll be able to do in another year's time, though.

While Wembanyama might not resemble LeBron in the same way as Zion in terms of style, it is fair to say he could just be the most-exciting draft prospect since the Los Angeles Lakers veteran in 2003.

Unfortunately for NBA fans, we've got over a year to wait until we see him in the big-time.. and another year of the inevitable "tanking" talk.