‘If everybody was as outraged about racism, homophobia, equal pay, that would inspire me most’: Megan Rapinoe delivers powerful speech after collecting FIFA Women’s Player of the Year as she praises Raheem Sterling and Kalidou Koulibaly

Megan Rapinoe called on the football community to follow the lead taken by the likes of Raheem Sterling and Kalidou Koulibaly as she won the FIFA Women’s Player of the Year award for her performances over the course of the past year.

The American was the star of this summer’s World Cup, in which her six goals and three assists helped guide her team to glory in Lyon. 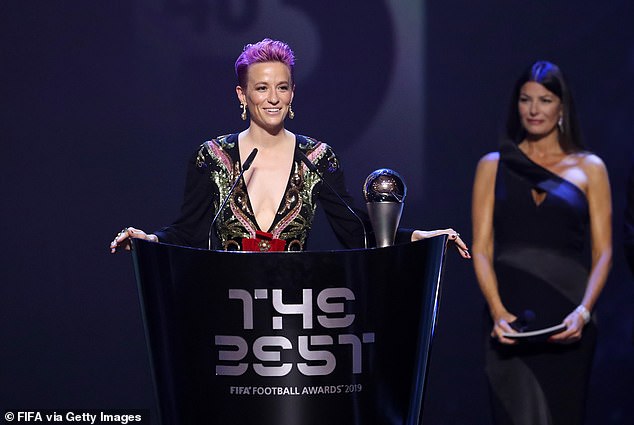 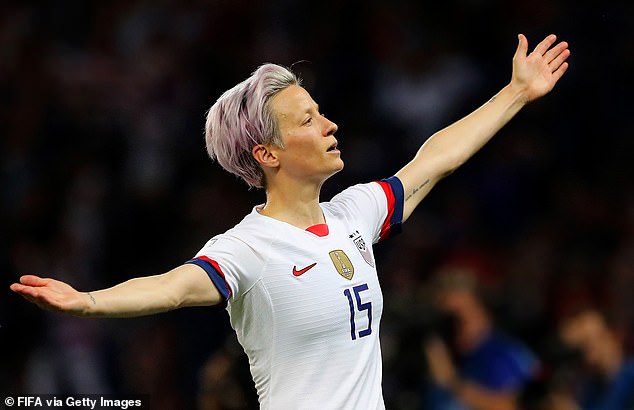 Since the World Cup, the 34-year-old has been a shining light in highlighting key issues blighting the sport, including calls for equality between men and women as well as LGBT rights.

Rapinoe called on the footballing world to follow the lead taken by Manchester City’s Raheem Sterling as well as Napoli’s Kalidou Koulibaly to combat the sport’s biggest issues.

‘Some of the stories that have inspired me this year… Raheem Sterling and (Kalidou) Koulibaly. Their amazing performances on the field, but the way they have taken on the disgusting racism that they have to face. The Iranian woman who set herself on fire…but if everybody was as outraged about racism, homophobia, equal pay, that would inspire me most,’ she said.

Rapinoe saw off strong competition from her national team-mate Alex Morgan as well as England full back Lucy Bronze to pick up the prize, which was given to her by FIFA president Gianni Infantino.

She said: ‘I’m at a loss for words if you can believe it! I want to thank my family and friends, my girlfriend, thank you guys so much for all the support you have given me especially in this past year.

‘Thank you to all my team-mates for putting up with my s*** at times. Thanks to those who are recognising women’s football. We are just getting started.’ 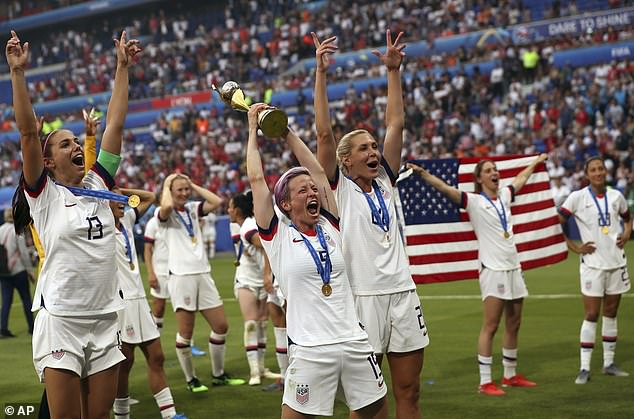