Melbourne Victory moved clear at the top of the W-League ladder with a gritty 2-1 win over Western Sydney Wanderers at Latrobe City Stadium yesterday.

Natasha Dowie and Christine Nairn put Victory two goals up by half-time, but an audacious long-range shot from Kylie Ledbrook dragged one back for the Wanderers in the 73rd minute and gave Victory fans an anxious final 20 minutes. 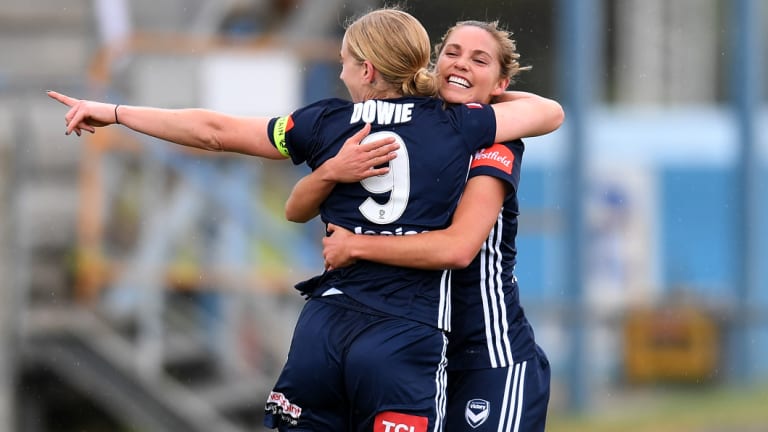 Emily Gielnik had a long-range effort blocked, while a powerful effort from Mindy Barbieri flew over the Wanderers’ crossbar.

But on 13 minutes, England international Downie got on the end of a Gielnik through ball and slid her past an onrushing Whyman to notch her fifth goal of the season.

On 40 minutes Dowie and Gielnik pressured Whyman in possession and she coughed it up just outside the box. A cross from Gielnik deflected off the crossbar, and Nairn reacted quickest to tap home her first goal of the campaign. 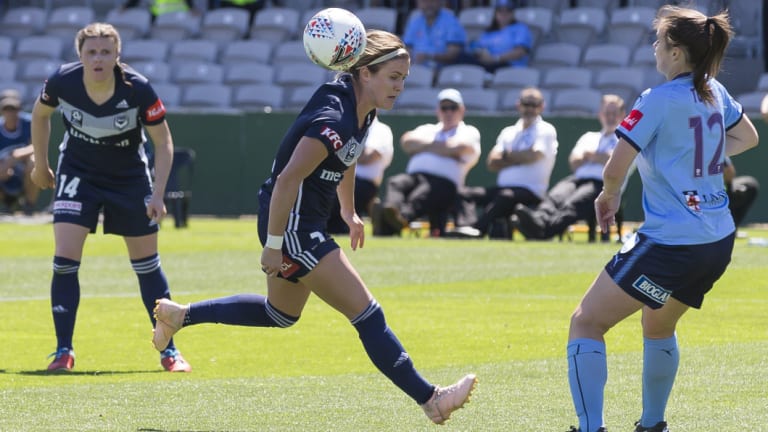 The Wanders mounted a comeback, and broke through when Ledbrook had a crack from just inside her half to beat a shocked Casey Dumont.

Dowie looked to have restored Victory’s two-goal buffer late in the game but was adjudged offside.

In Sunday's other match, Rhoda Mulaudzi returned to her clinical best as she scored the opener in Canberra United’s 2-0 victory over Sydney FC. 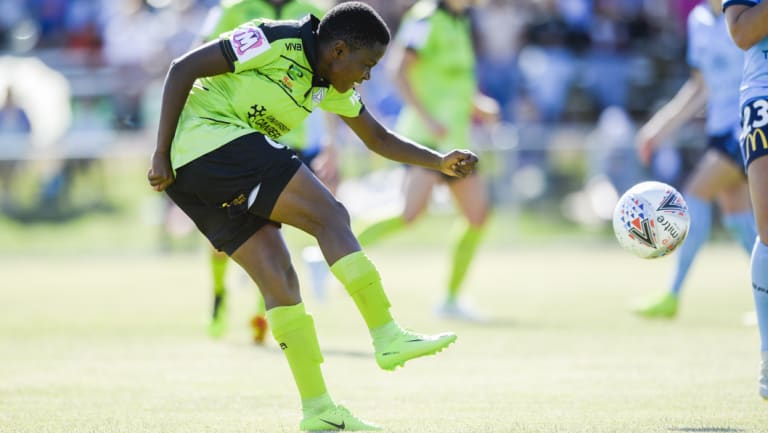 The South African scored her second goal of the season in perhaps her best performance yet and was a constant threat to Sydney FC’s defence.

From what appeared to be an impossible angle, Mulaudzi whipped the ball over her shoulder and into the top left corner to score Canberra United’s opener.