Part of the reason the Mets stumbled the last two seasons was a startling lack of depth. The teams that succeeded them as National League champions since 2015 — the Chicago Cubs and the Los Angeles Dodgers — had versatile, interchangeable parts throughout their lineups. Their players stayed fresh and their managers had the tools to exploit matchup advantages. The Mets did not, and they fell far behind.

To help remedy that, the Mets reached a two-year, $20 million contract agreement on Thursday with Jed Lowrie, an All-Star for the Oakland Athletics who hit .267 with a .353 on-base percentage and a career-high 23 home runs last season. The deal was confirmed by two people with direct knowledge of it who could not speak publicly because Lowrie must pass a physical to make the contract official.

Lowrie, a switch-hitter who turns 35 in April, has made 265 starts over the last two seasons at second base — the same position as Robinson Cano, whom the Mets acquired from the Seattle Mariners last month in Brodie Van Wagenen’s first trade as general manager. But the Mets do not see this as a problem.

Lowrie has made 480 career starts at shortstop and 111 at third base. Cano, 36, can also play first base, as can Todd Frazier, the everyday third baseman who turns 33 next month. The Mets’ two other primary infielders — shortstop Amed Rosario and first baseman Dominic Smith — are only 23 years old. 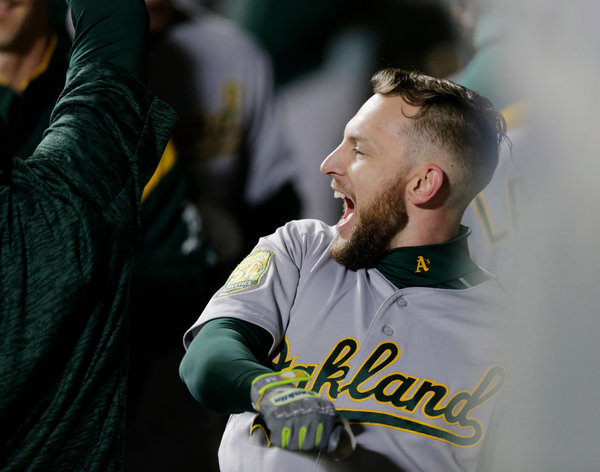 The idea would be to divide the four infield spots among those five players based on matchups, with infielder Jeff McNeil — who hit .329 in 63 games as a rookie last season — shifting to the outfield. McNeil has started only five games in the outfield in the minors and has not played there in the majors.

Even so, the idea of McNeil joining the group of outfielders — with Michael Conforto, Brandon Nimmo, Juan Lagares and Keon Broxton — excites the Mets, who envision a unit there that is as versatile as the one in the infield. The potential summer return of Yoenis Cespedes, who is recovering from surgery on both heels, would further jolt the offense.

The Mets need the lift. Only one team in the majors had fewer hits last season than the Mets — the division-rival Philadelphia Phillies, who have added shortstop Jean Segura and left fielder Andrew McCutchen and are courting Manny Machado and Bryce Harper in free agency.

While the Mets are not negotiating with Machado or Harper — who could return to the Washington Nationals, another division rival — Van Wagenen has been active on the market. He has also signed catcher Wilson Ramos to a two-year, $19 million deal; reliever Jeurys Familia to a three-year, $30 million deal; and traded for Cano, closer Edwin Diaz, infielder/outfielder J.D. Davis and Broxton, among others. (Lowrie, like Cano, was a client of Van Wagenen’s in his former career as an agent.)

The Mets announced another signing on Thursday to fortify their bullpen, agreeing on a minor league deal with Luis Avilan, a left-hander who has spent most of his career with the Atlanta Braves and Los Angeles Dodgers. In 70 games last season for the Chicago White Sox and the Phillies, Avilan, 29, had a 3.77 earned run average and held left-handers to a .220 average.