MICHAEL CHANDLER will bid to win UFC gold in only his second outing in the promotion this weekend.

The three-time Bellator lightweight champion will vie for the vacant 155lb title early on Sunday morning in the main event of UFC 262 in Houston, Texas. 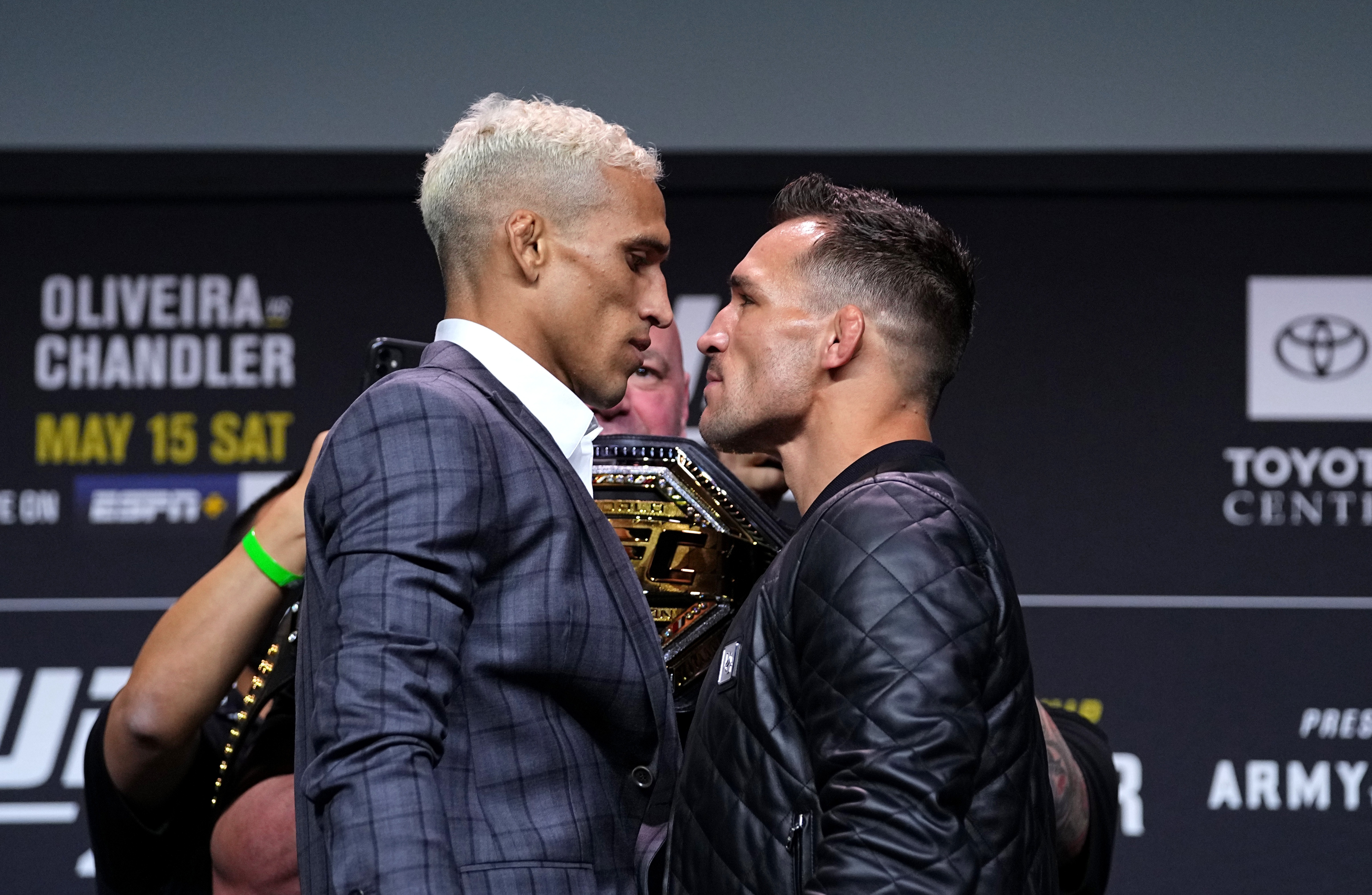 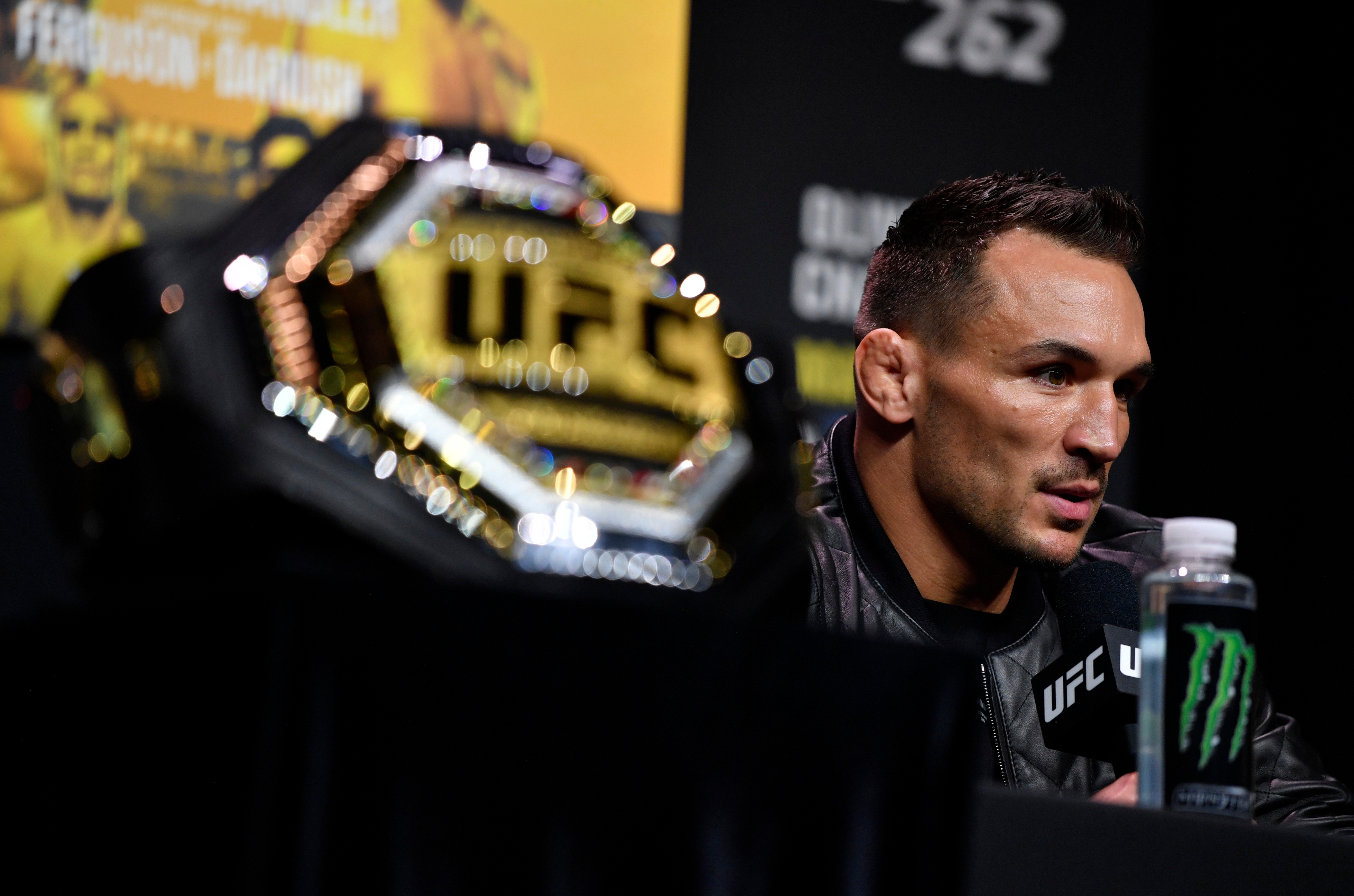 Standing between the new fan favourite and UFC gold is Brazilian jiu-jitsu phenom Charles Oliveira, who is in the form of his career.

Oliveira is riding an impressive eight-fight win streak, in which he claimed the record for the most submissions in UFC history.

Chandler, 35, made one hell of a splash in his promotional debut in January – knocking out Dan Hooker in the first round of their Fight Island showdown.

UFC 262's main event is a fascinating style match-up that has MMA fans across the globe stumped.

Here, SunSport reveals predictions for the tasty 155lb affair from some big names in the sport.

The former UFC welterweight title challenger can see both men having their hand raised early on Sunday morning.

During the latest episode of The Outlaw Picks Podcast, he said: "I'm literally split right down the centre. I can see ways for both of these guys to win. And because I can see so many ways, [I'm spilt].

"I can see Chandler trying for takedowns and Oliveira scrambling and taking his back and getting his eighth rear-naked choke.

"I can see Chandler get backed up and slapped to hell because of Oliveira's paces and knees and kicks to the body, Chandler level changes and he goes straight into a guillotine or an anaconda. I can see both of those happening.

"But I can also see Chandler blasting him down the pipe with a straight right or a straight left and either knocking him out cold or hurting him enough to then jump on one of his submissions. And that would be a rear-naked choke." 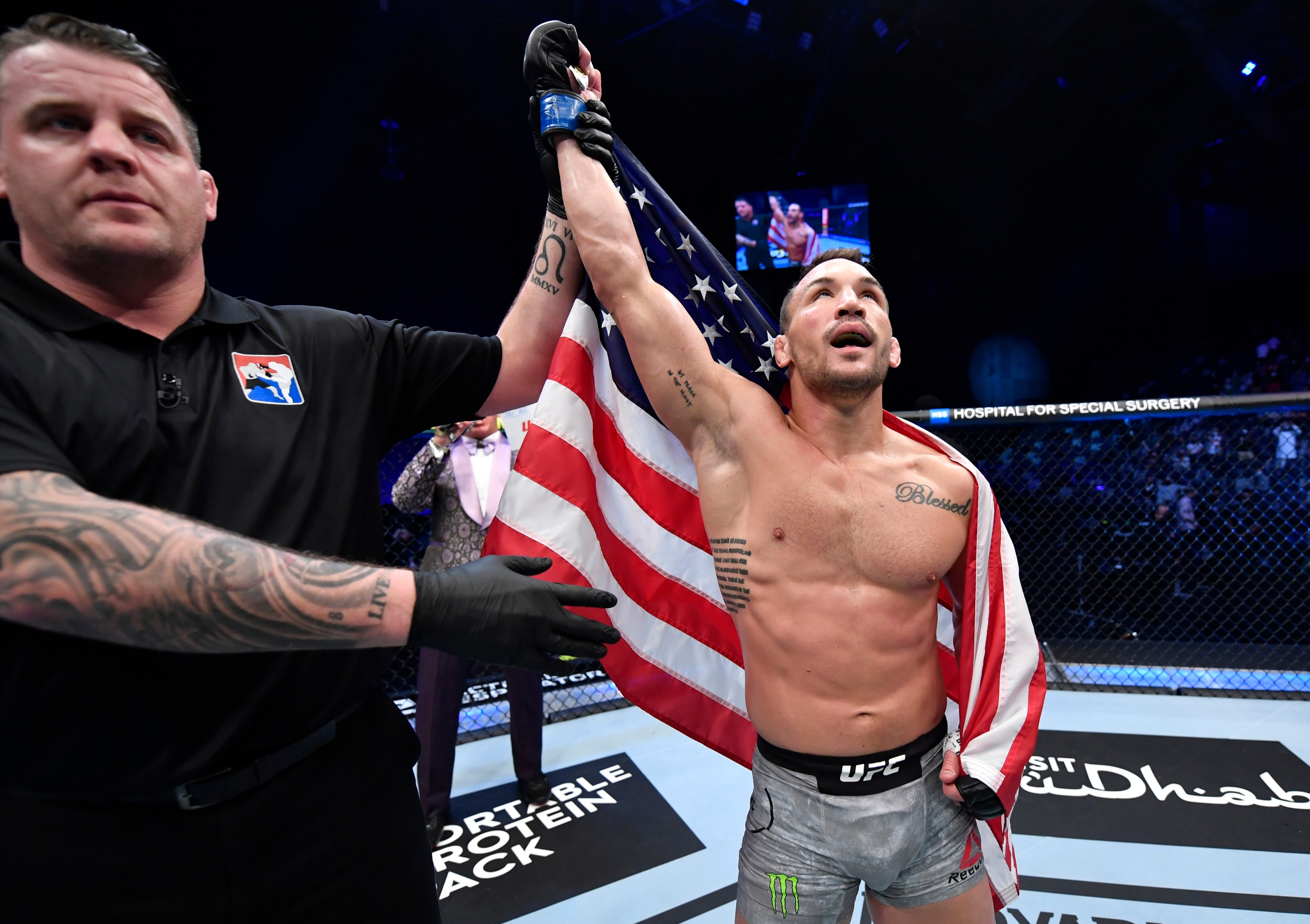 Oliveira's countryman is tipping him to have his hand raised courtesy of yet another submission victory.

"I love Charles Oliveira and I think he can take Chandler down and submit him. It will be such an exciting fight." 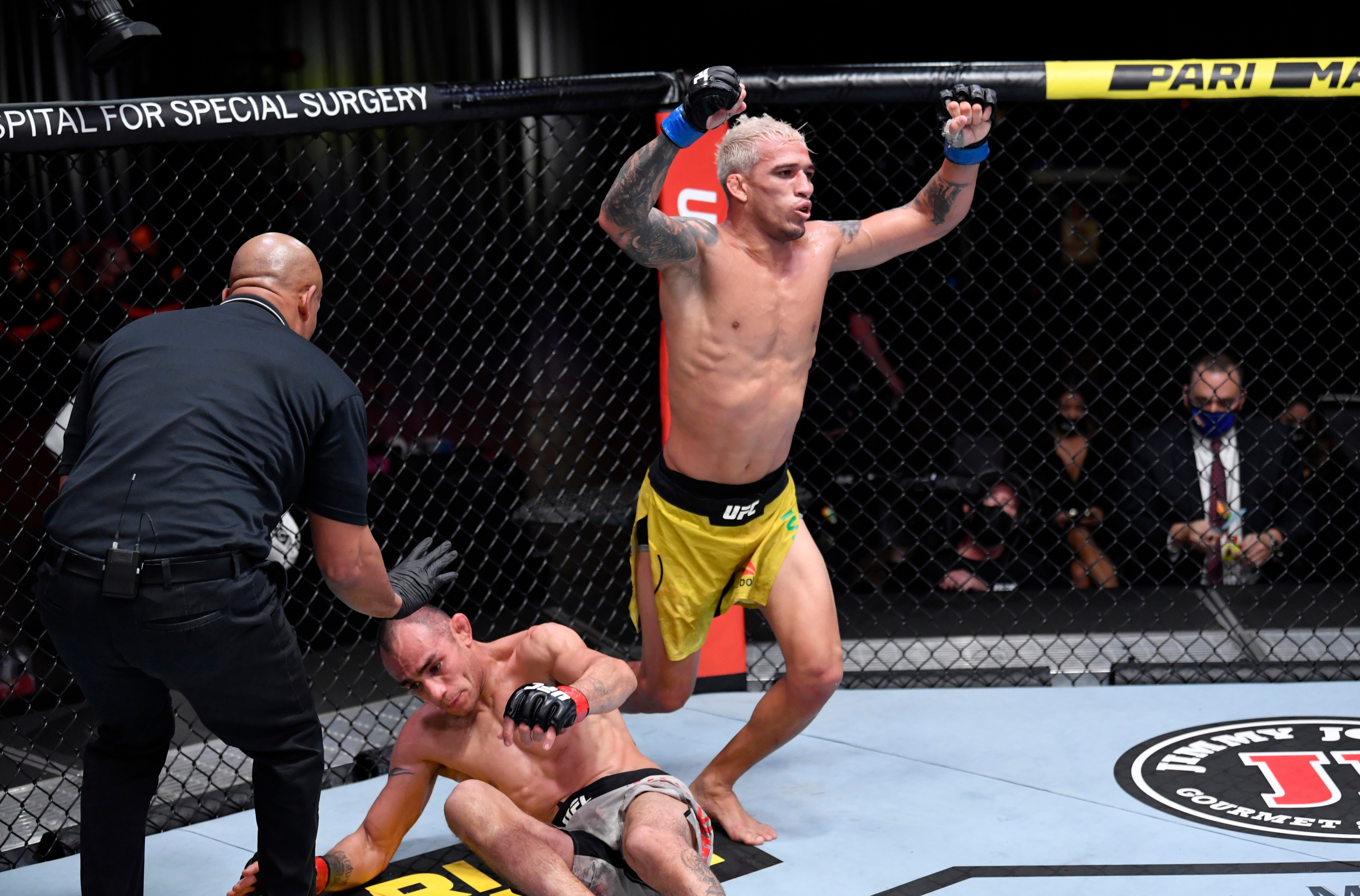 During his pre-fight breakdown, he said: " I really don't know what's going to happen in this fight.

"They're too different a fighter for this to be tit for tat. Somebody is going to kick somebody's ass. I've got to pick someone, it's down to that.

"It's that close and it's that much of a pick'em fight. Is that same Oliveira going to turn up? We know the same Chandler will.

"I… am going with Chandler."

UFC 262 co-main eventer Beneil Dariush – who will lock horns with former interim lightweight champion Tony Ferguson – believes Chandler will prove to be too much to handle for Oliveira.

The Iranian told BJPENN.com "It’s a close fight, but I think Chandler gets it done." 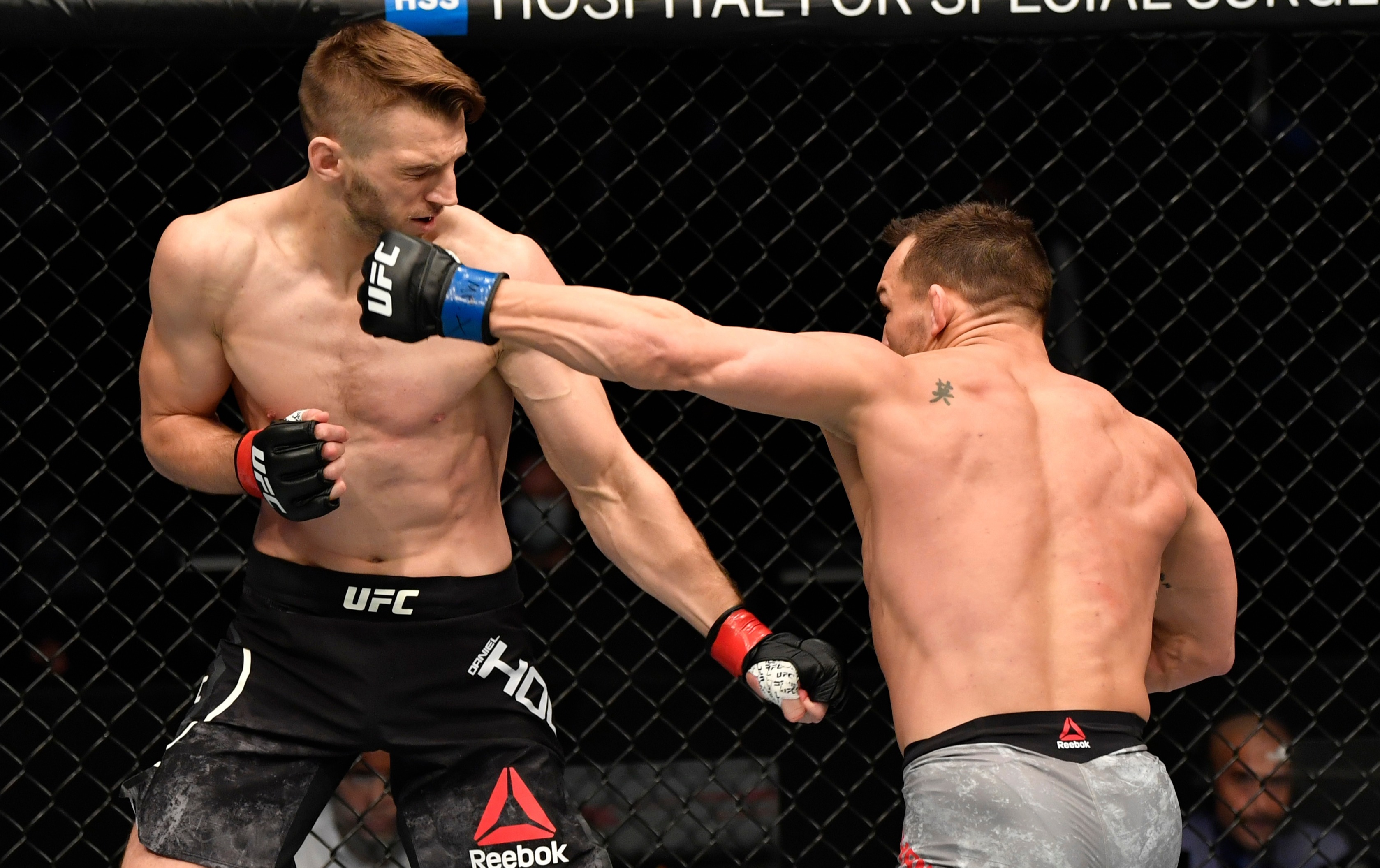 Bantamweight title contender Corey Sandhagen is a fan of both men but reckons Chandler will get the job done in Houston.

He told MMA journalist James Lynch: "I like Chandler for that one. I really highly, highly respect both of their skills, especially Oliveira. He's one of my favourite guys to watch.

"I just really like how aggressive he is and how fearless he fights, I can appreciate that. And then Chandler, on the same hand, I just think is a really good athlete.

"I think that he makes good decisions and he keeps it really simple. And I think that if you're going to beat Oliveira, that's probably how you do it."