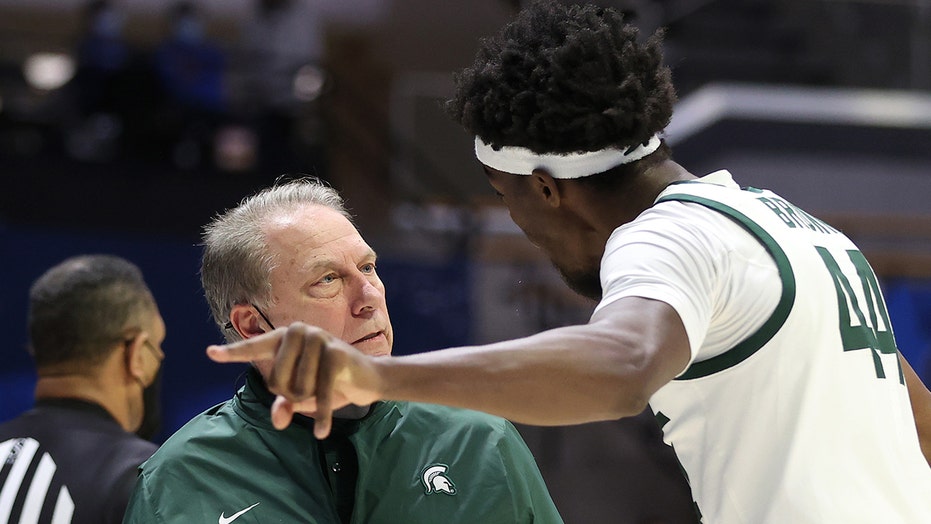 At halftime, Izzo was seen yelling at Spartans forward Gabe Brown. Izzo briefly grabbed Brown’s arm as they headed back to the locker room and then grabbed his jersey to try and prevent him from running into the tunnel. When Brown got away, Izzo chased after him.

The debate raised questions for some on social media, but for Golden State Warriors star Draymond Green – who is also a Michigan State alum – it was no big deal.

Izzo was asked about the moment after the team’s 86-80 loss.

“He missed a play and I told him. He walked away and I told him to come back,” he said, via the Detroit Free Press. “We went through this a couple of years ago. A game like that, that’s the question you’re going to ask me? I guess I’ll answer it because the media has the right to ask whatever question.

“But we’ll get him in here and you can ask him. It was a normal nothing. It’s just that this day and age everything is something. It was over a missed switch that we had talked about.”

Brown was not made available to reporters after the game.

Izzo came under fire during the 2019 men’s tournament as well for a heated moment with Aaron Henry.

Video from the game shows Izzo storming onto the court during a timeout and shouting at Henry. Other coaches and guard Cassius Winston quickly stepped in to separate the two before the chewing-out continued in the team huddle.

Henry didn’t seem fazed by it at the time.