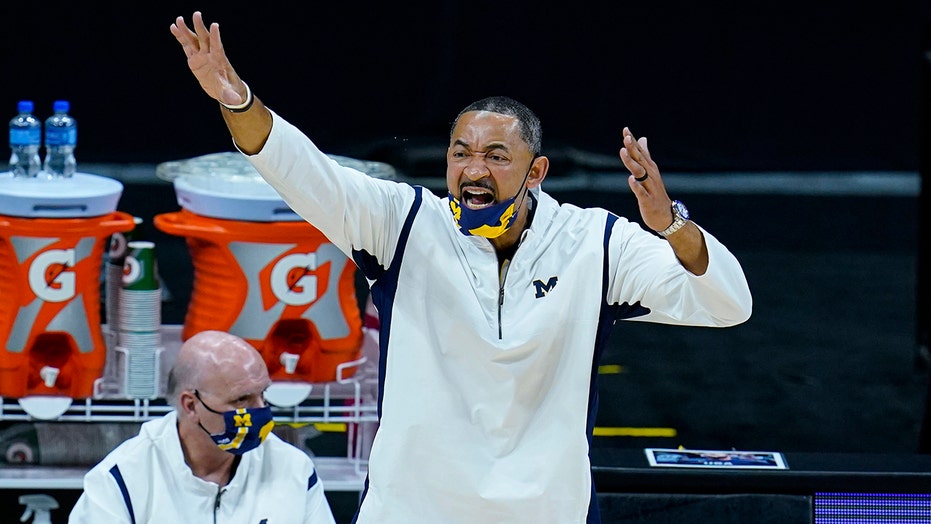 Michigan coach Juwan Howard was ejected and Maryland’s Mark Turgeon was given a technical foul as the two coaches got into it during their Big Ten men’s basketball tournament matchup on Friday.

Michigan was up 10 points in the second half when Howard and Turgeon were spotted getting into it after a timeout call with about 10:44 remaining in the game.

After play stopped, Howard was seen yelling and pointing toward the Maryland side and appeared to walk near half-court as his players were coming off the floor to talk things over with the coaches. Turgeon then yelled back at Howard and things got testy with the Wolverines coach having to be held back.

It wasn’t immediately clear what caused Howard to get so irate.

He was issued two technical fouls for the outburst and was subsequently ejected. Turgeon was only issued a single technical.

Howard has brought the Wolverines back into the national spotlight as they have hovered around the top of the Associated Press men’s basketball rankings all season.

Michigan came into the Big Ten tournament as the No. 1 seed while Maryland was the No. 8 seed.

The winner of the game heads to the semifinals on Saturday. Maryland beat Michigan State to get the privilege of playing Michigan.

The Big Ten championship is set to take place on Sunday.