MICK McCARTHY was today sacked as Cardiff City manager after former Bluebirds hero and his close friend Neil Warnock put the final nail in the coffin of his time in the Welsh capital.

Warnock’s Middlesbrough were 2-0 winners at Cardiff City Stadium – a result which amounted to a club record eighth straight Bluebirds defeat. 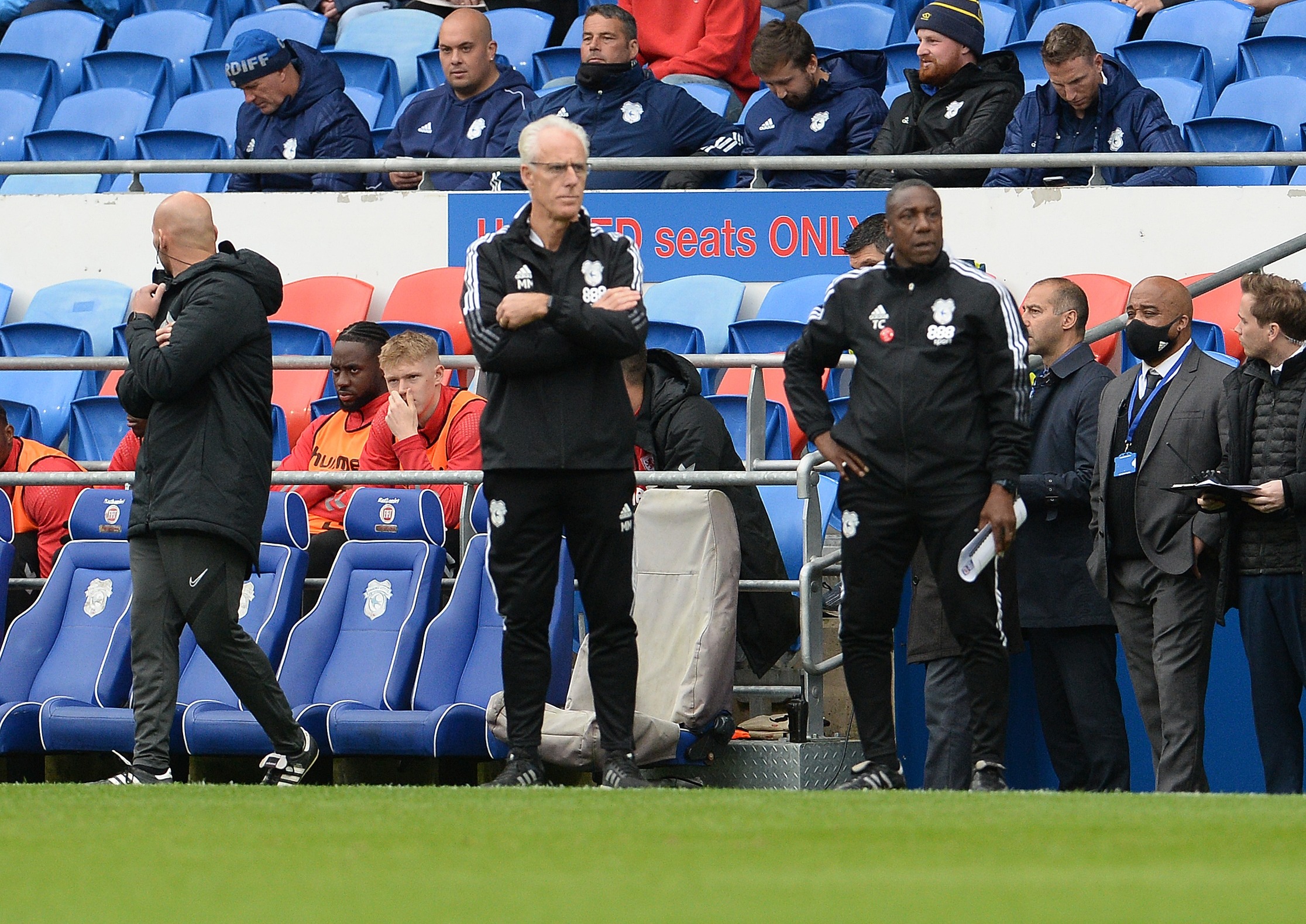 It is a disastrous run of results for which McCarthy has paid the ultimate price.

The Middlesbrough reversal leaves Cardiff 21st in the Championship and staring relegation square in the face.

Cardiff have conceded 19 goals in their last eight games, scoring only once.

Cardiff’s Under-23 manager Steve Morrison will take temporary charge of the team for the next three games against Stoke City, QPR and Huddersfield Town leading up to the next international break.

He will be assisted by Tom Ramasut.

“We would like to thank Mick and Terry for their efforts during their time with the Bluebirds and wish them all the best for the future.

“Steve Morrison and Tom Ramasut will oversee first-team duties at this time as the board of directors begin the process of appointing a permanent replacement.”

McCarthy had a stunning start to his Cardiff tenure when he was appointed in January and he was unbeaten in his first 11 games in charge.

But they missed out on last season's play-offs and McCarthy has been unable to stop his team’s form falling off a cliff in the 2021/22 campaign.

Quite frankly, this Cardiff squad should be doing far, far better.

It was the ultimate irony that Warnock, so popular in Cardiff for taking them into the Premier League in 2018, was the man who inflicted the sack upon McCarthy.

The Middlesbrough defeat – a 10th Bluebirds loss in 11 games – proved to be the final straw for Cardiff’s board of chairman Mehmet Dalman and chief executive Ken Choo.

The pair will now begin searching for a new manager with Chris Hughton and Chris Wilder early names being linked with the position.

But the brutal truth of the matter is Cardiff is a club sleepwalking towards League One right now and change is needed both in the boardroom and in the dugout.