Mo Salah scored at one end and Alisson saved them at the other with a breathtaking save in the final seconds. 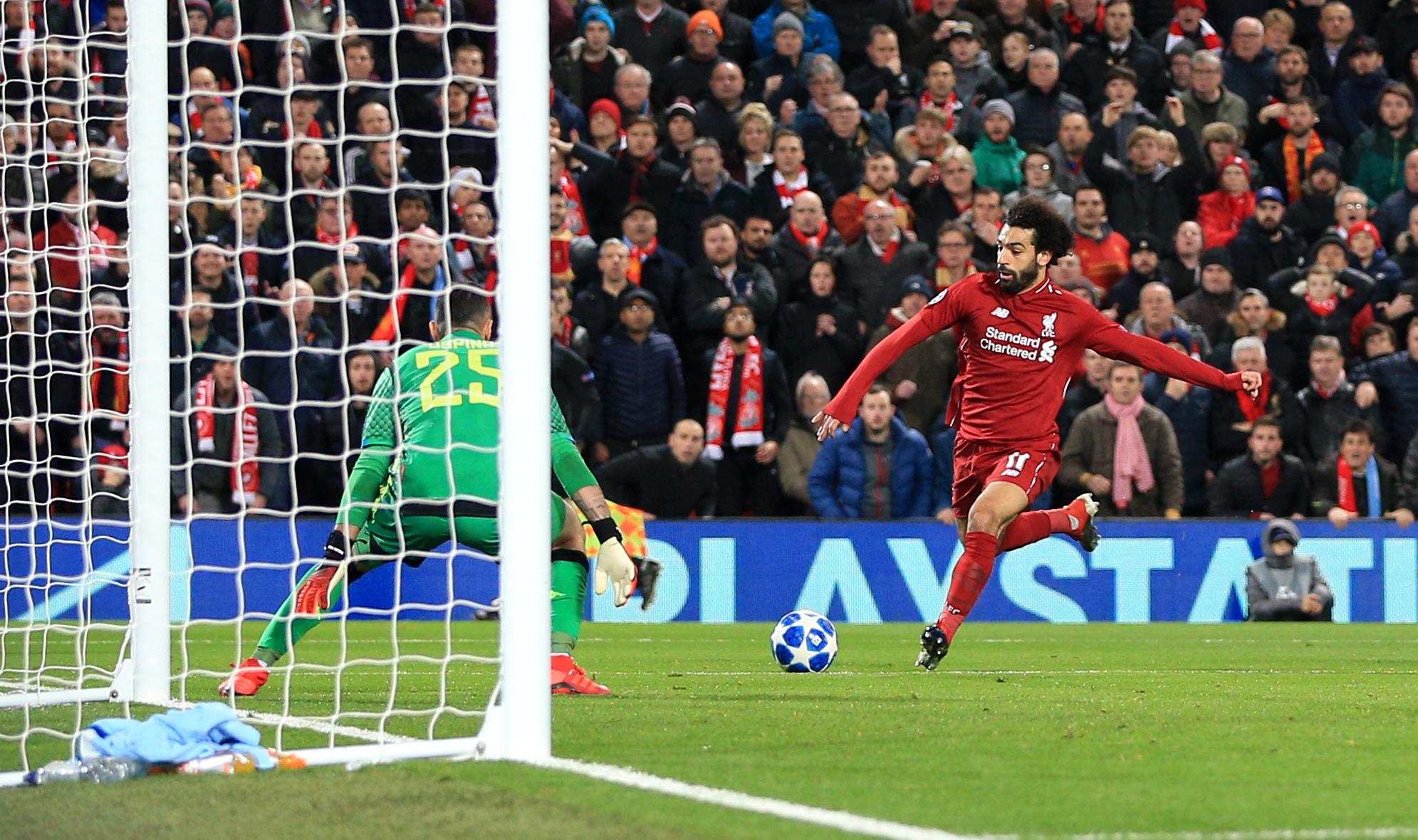 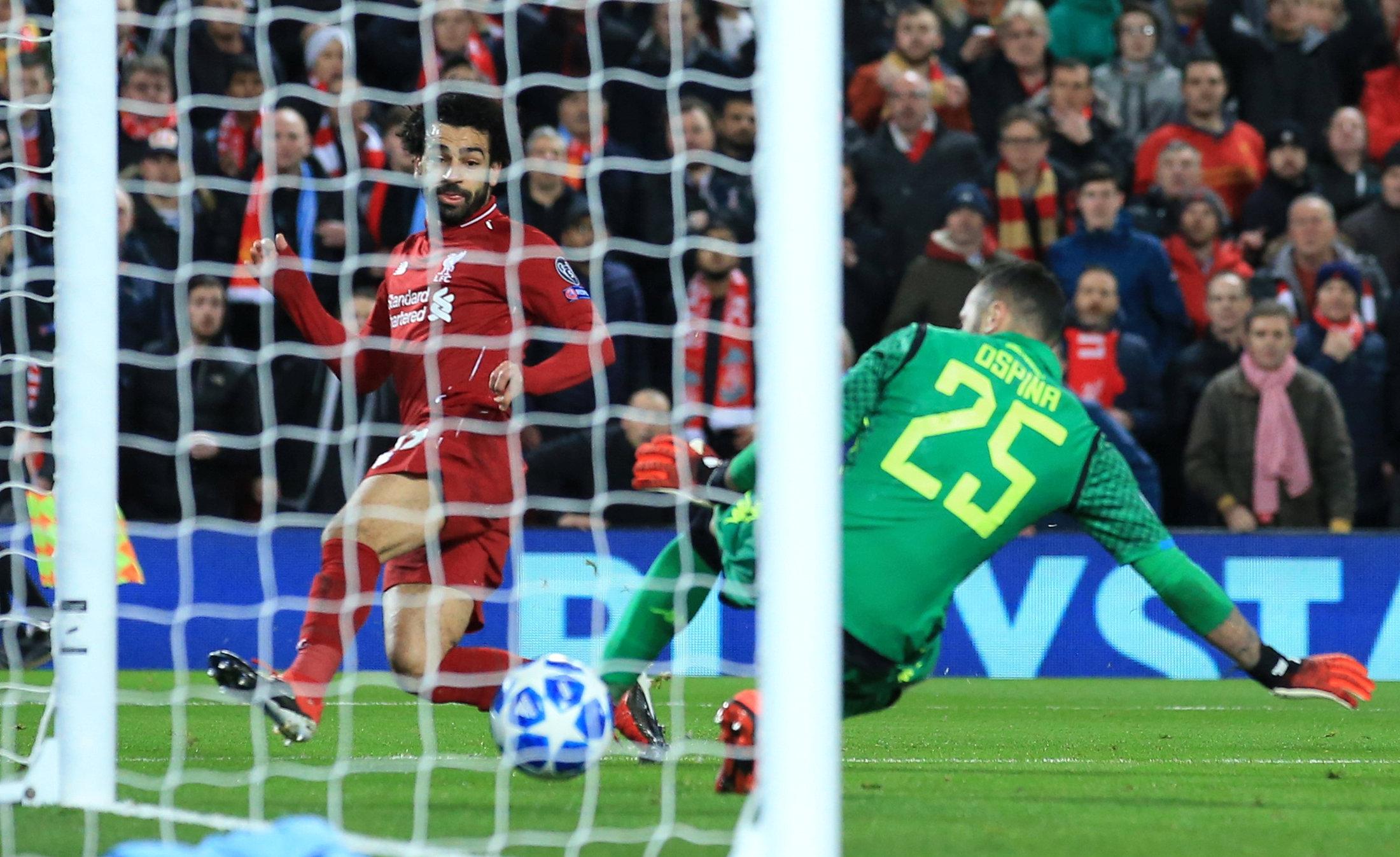 It did not have the intensity, or the sense of occasion that followed Stevie G’s dramatic goal against Olympiakos in 2004.

Even so, it was another special night.

When Salah slotted the ball beyond David Ospina to settle this restless Anfield crowd after 34 minutes there was another muted celebration. 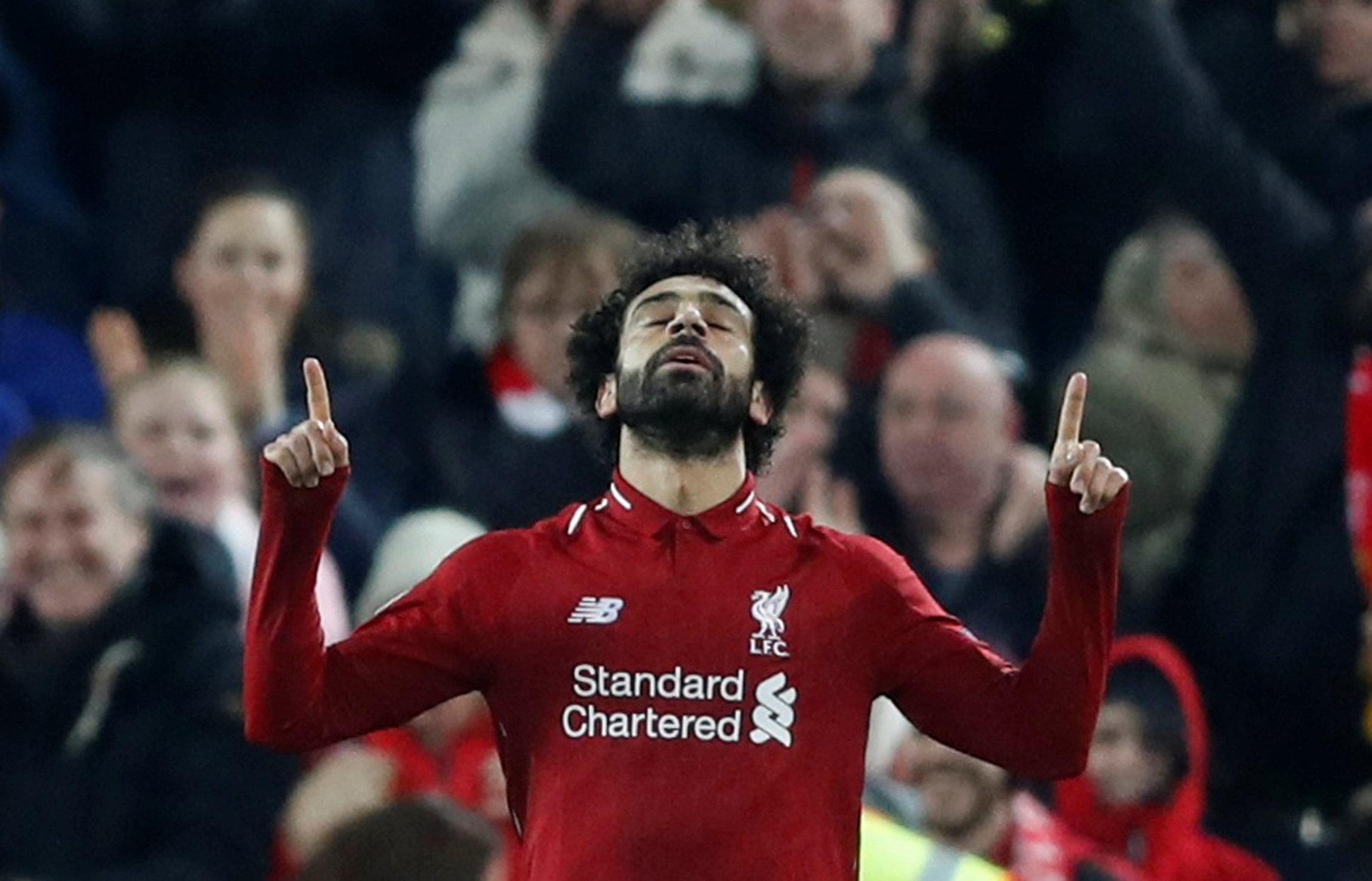 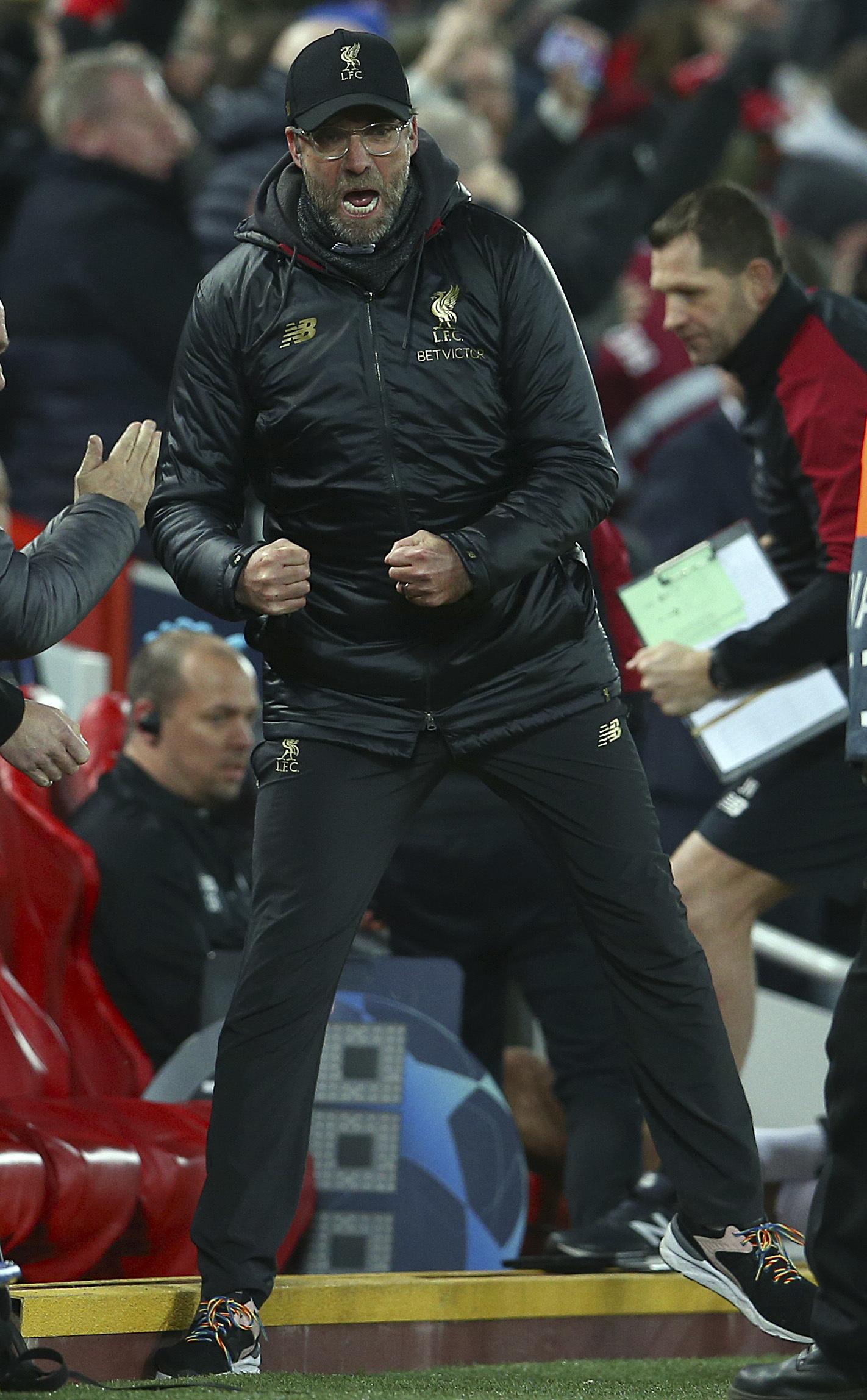 They are used to that now.

This, of course, was just another ordinary day in the life of Mohamed Salah.

Soon they will be saying the same thing about Alisson, the man who came to their rescue deep into injury time with a world class save from Arkadiusz Milik.

That is what the Brazilian keeper is paid the big bucks for.

His timing was impeccable, moving his feet in time to divert the Napoli substitute’s effort away from danger.

There was relief inside the stadium, with spontaneous applause breaking out for this memorable stop.

He had earned it.

Last season’s finalists have made it intot the knockout phase.

This is a big step forward for Liverpool, with Salah’s 13th goal of another glorious season proving decisive.

The little fella is incredible, making the game look a bit too easy whenever he is shimmering on the ball.

James Milner, credited with the assist, is almost an after-thought.

This was a special goal, with Salah rolling left-back Mario Luiz and breezing his way past Kalidou Koulibaly before poking the opener between David Ospina’s legs. 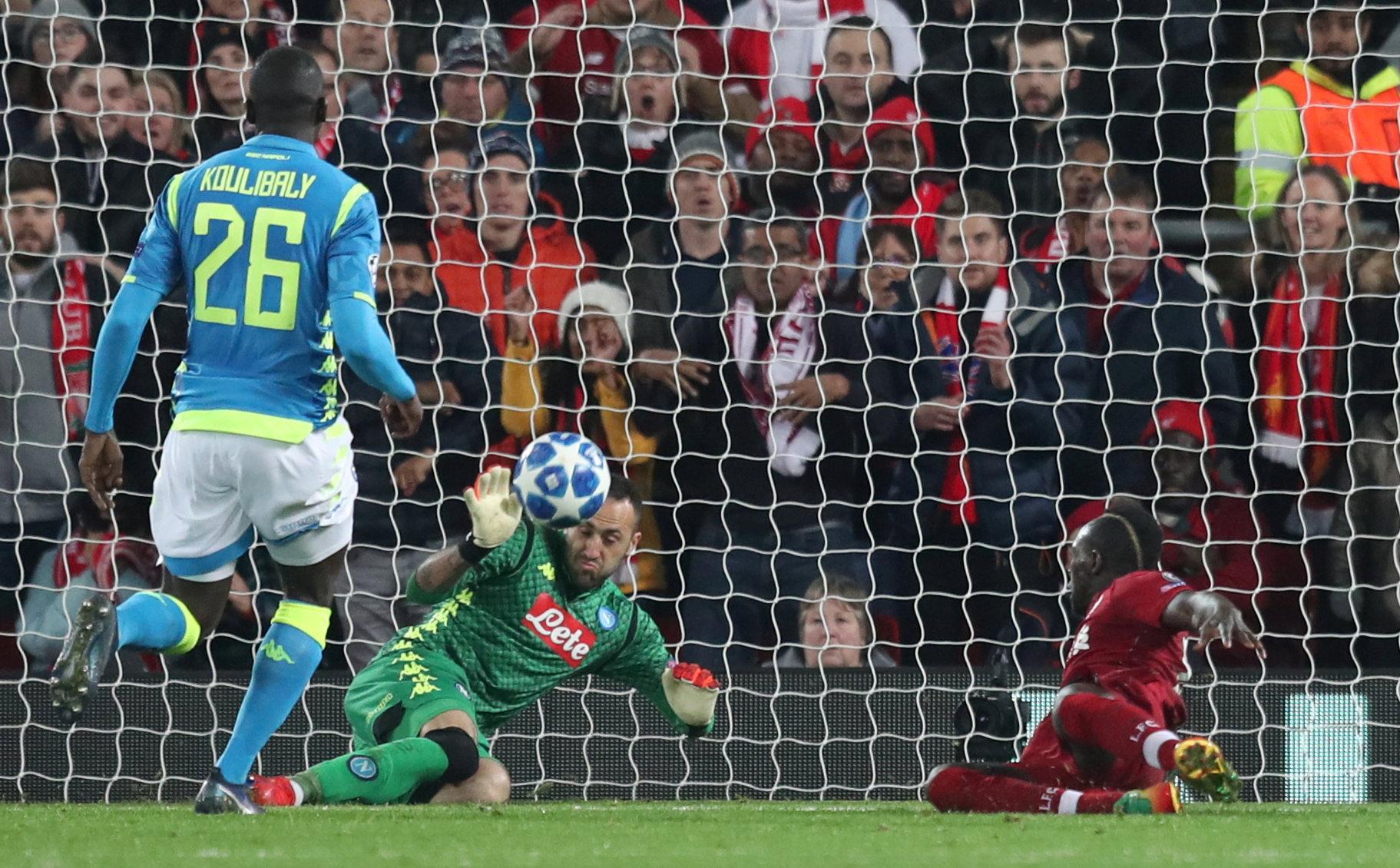 Look away now Manchester United because Koulibaly is the guy Ed Woodward wants to spend upwards of £70m on to bring in next summer.

Salah will bring the central defender out in cold sweats.

With that finish Liverpool were into second, tucked in behind Group C leaders Paris St Germain.

That will do Liverpool, putting the Champions League away until it fires up again in the new year.

They have a big game against United this weekend and there is no better way to prepare for it.

Their tails are up.

They have learned to juggle the demands of domestic football and the Champions League, sussing it all out in their final group game. 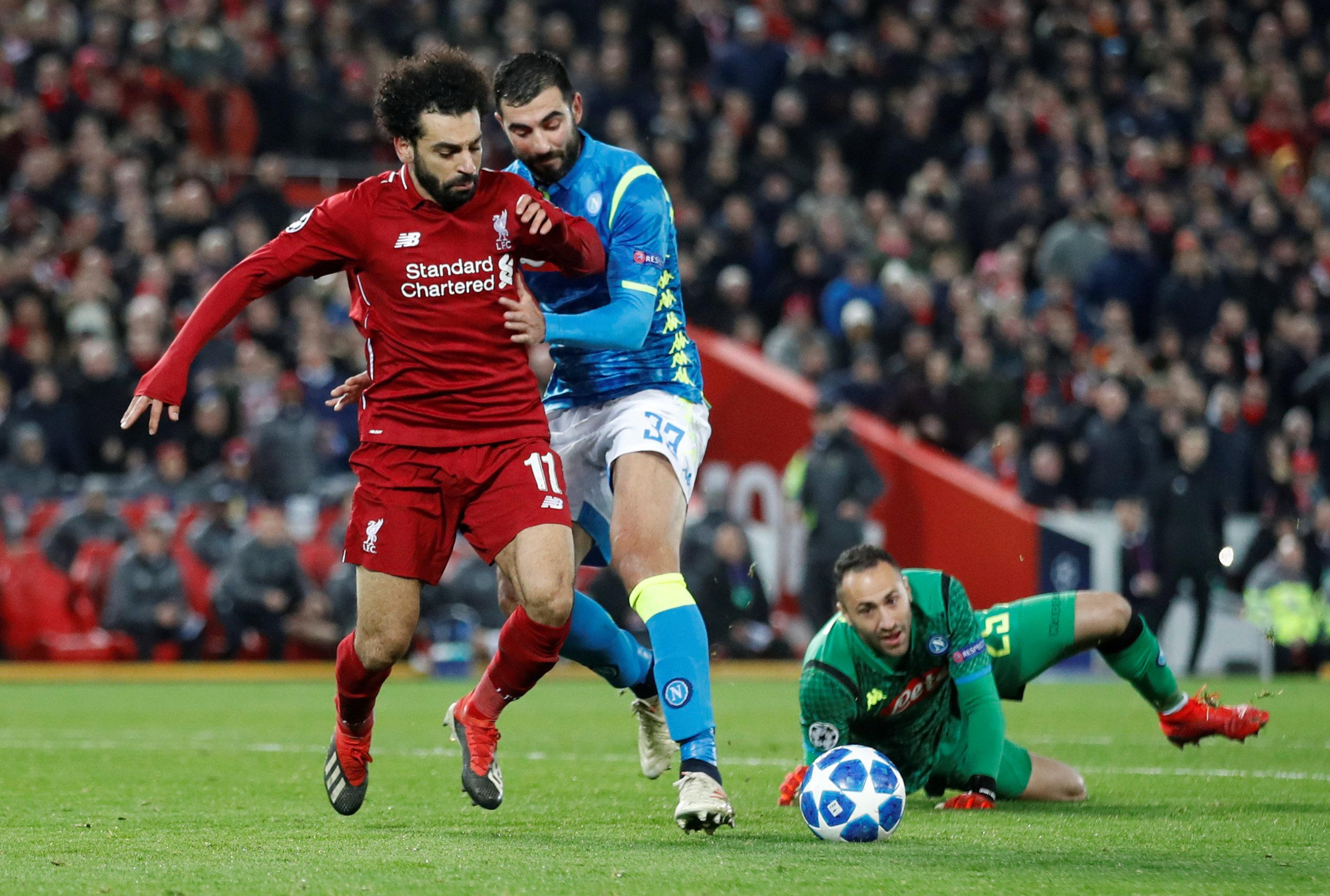 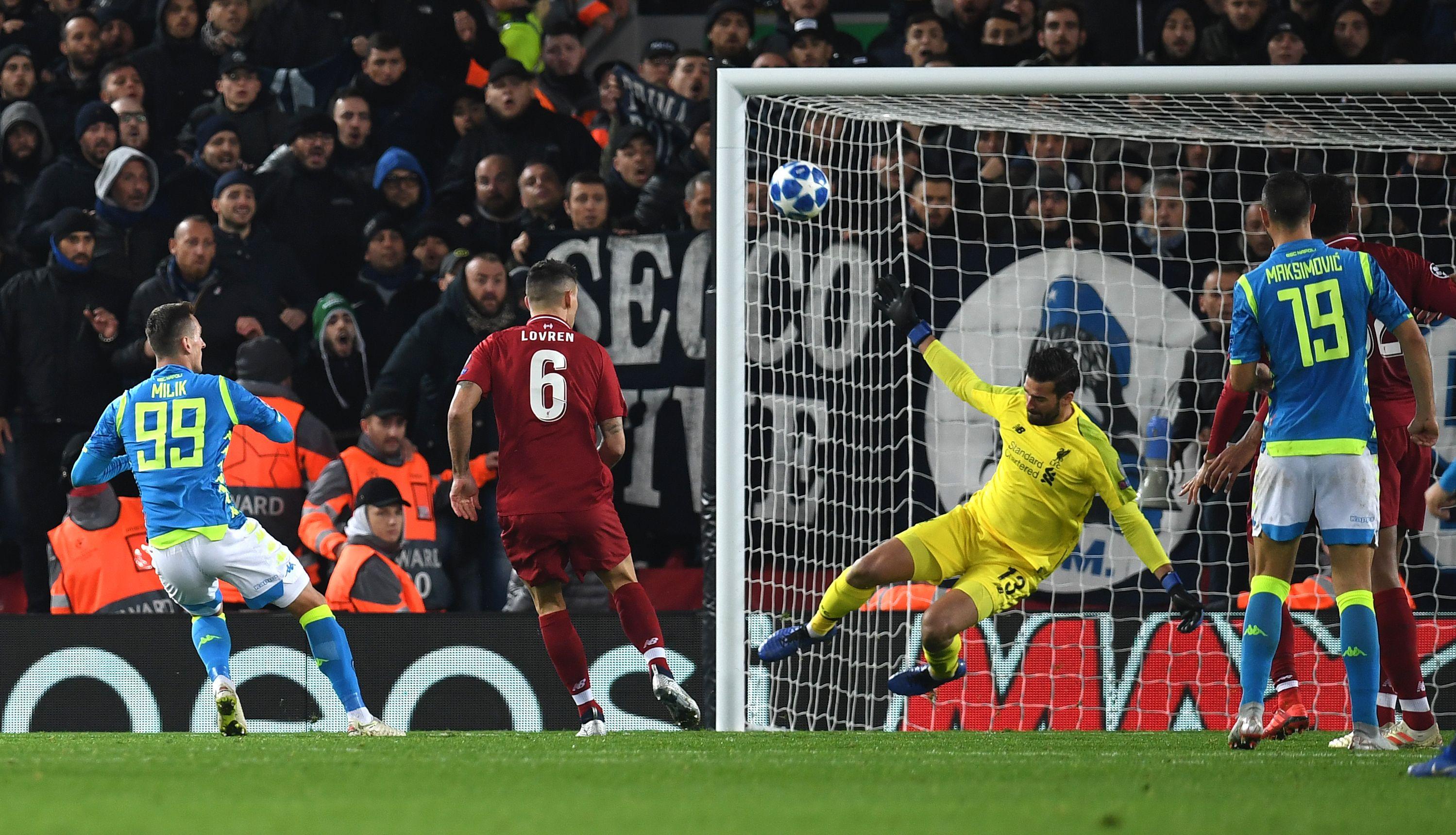 This was a real rabble-rouser.

The nervousness of the opening 20 minutes, the fraught exchanges and their slow start against Napoli can be ignored.

They got there in the end, crackling into life when Salah calmed things down inside fortress Anfield.

Before that they had poked away, prodding at this Napoli defence during a tense opening spell.

Salah could not get the ball from under his feet when Andy Robertson pinged a cross into him.

James Milner sent a header over the bar from Trent Alexander-Arnold’s flighted ball and Jordan Henderson skewed wide from long-range.

Sadio Mane had the ball in the net in a separate move, but he was miles offside.

Napoli, clinging on to second when the score was still 0-0, were being out-run.

They had one decent chance in the first half, when Dries Mertens found Marek Hamsik with an angled ball into the Napoli dangerman.

His effort, flying over the bar, was a warning for Liverpool’s defence.

Concede one and then they would need to score three.

Virgil van Dijk was booked for leaving his studs on Mertens’ ankles, picking up a one game ban for the next round.

He will be missed.

Liverpool can worry about that later because this is another night when they responded to another pressurised situation.

PSG are out on their own in this group, rattling in a couple of goals against Red Star Belgrade in the opening 45 minutes.

Liverpool-Napoli was a straight shootout.

Salah set up the corkscrew chance for Georginio Wijnaldum at the start of the second half that went wildly wide.

Firmino was next in the queue, with Alexander-Arnold creating the chance that went sent straight into the grateful arms of Ospina with just over half an hour left.

Liverpool were in danger of being wasteful.

They knew 1-0 would be enough, but two, three or four would give them security.

Salah was on course for another when his run took him skipping past Ospina with 15 to go.

He was forced wide, spinning on his studs before crossing into the area. Ospina saved.

It was getting crazy out there. 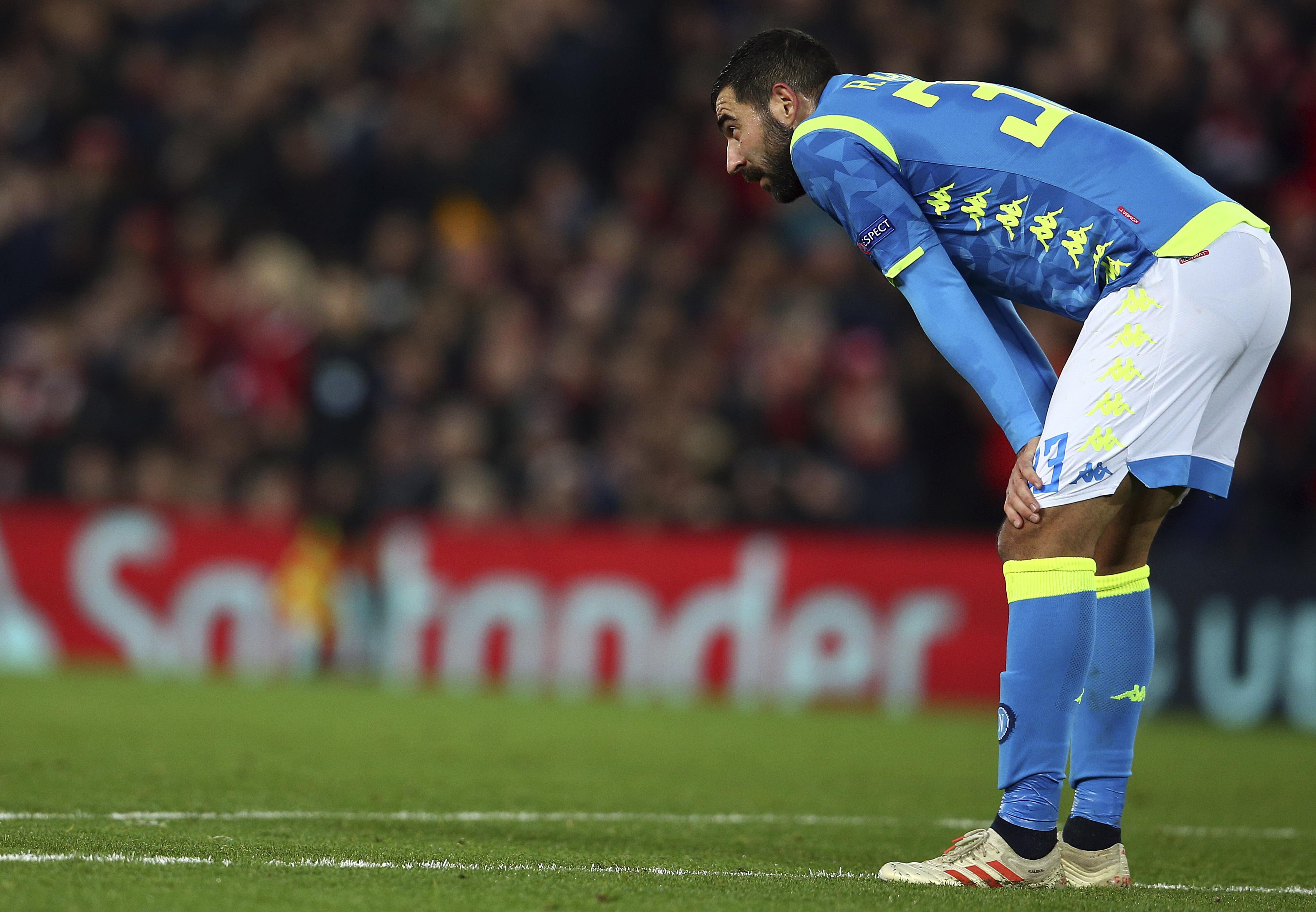 Naby Keita came on for Firmino and Milner was forced off, his tiring legs finally giving up on him after another outstanding shift.

Even so, all eyes were on Salah.

He set up Mane from close range, sending a gift his way when he tricked his way down the left wing.

Mane missed, sending the chance wide when he seemed favourite to score.

Then it was Alisson’s turn in the spotlight, reading the run of Milik to deny the Napoli substitute in the final few seconds.

It was a super-smart save.

By then Liverpool had record 21 shots and yet they had only one goal to show for it.

For that, they can thank magic Mo.