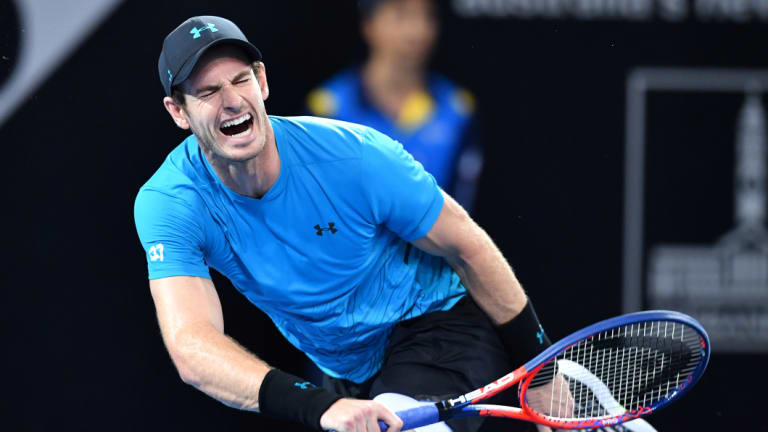 End may be nigh: Andy Murray has intimated that next week’s Australian Open may be his swansong.Credit:AAP

An emotional Andy Murray has revealed that he had earmarked this year's Wimbledon as his farewell to tennis but that the Australian Open could be his final tournament.

Dealing with a chronic hip injury that has impacted him for more than 18 months and saw him withdraw from last year's Australian Open before having surgery in Melbourne, Murray said pain from the injury was almost becoming too much. 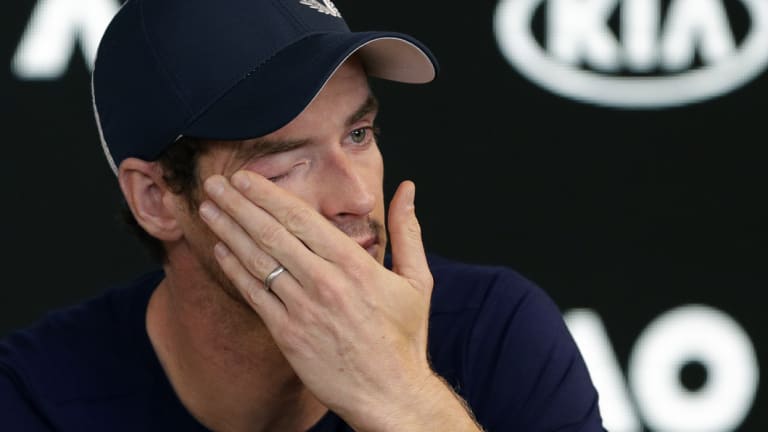 Andy Murray breaks down at his press conference on Friday.Credit:AP

“I don’t want to continue playing that way. I’ve tried pretty much everything to get it right and that hasn’t worked.”

Murray confirmed that he met with the same surgeon in Melbourne on Thursday who conducted last year’s surgery.

The Scotsman broke through for grand slam glory at the US Open in 2012 before, most famously, ending Great Britain’s more than 70-year men’s singles drought at Wimbledon the following year.

He also backed that up with another Wimbledon title in 2016.

For much of the past six years he was considered part of the "Big Four" in tennis, alongside Roger Federer, Rafael Nadal and Novak Djokovic.

1 – Murray became the first British singles player to be ranked world No.1 (November 7, 2016)
41 – The number of weeks the Scot spent on top of the rankings
3 – Grand slam titles
11 – Grand slam finals
45 – Career singles titles
2 – Doubles titles, both with brother Jamie
9 – Singles titles in 2016, including five in a row to end the season as world No.1
2 – Olympic singles gold medals
11 – Murray won all 11 rubbers he contested to drive Great Britain to Davis Cup glory in 2015, an unprecedented feat
663 – Tour-level matches won
$US61,055,135 ($A85 million) – Career prize money
3 – Only person to be named BBC Sports Personality of the Year three times
5573 – Aces served
29 – Combined wins against Roger Federer, Rafael Nadal and Novak Djokovic